Louisiana photographer recently captured what could be the sweetest photobomb of all time.

Megan Rion of Imagine That Photography in Lake Charles, La., was shooting a 1-month-old baby in Sam Houston Jones State Park on Oct. 20, when a curious deer crashed the photo shoot. 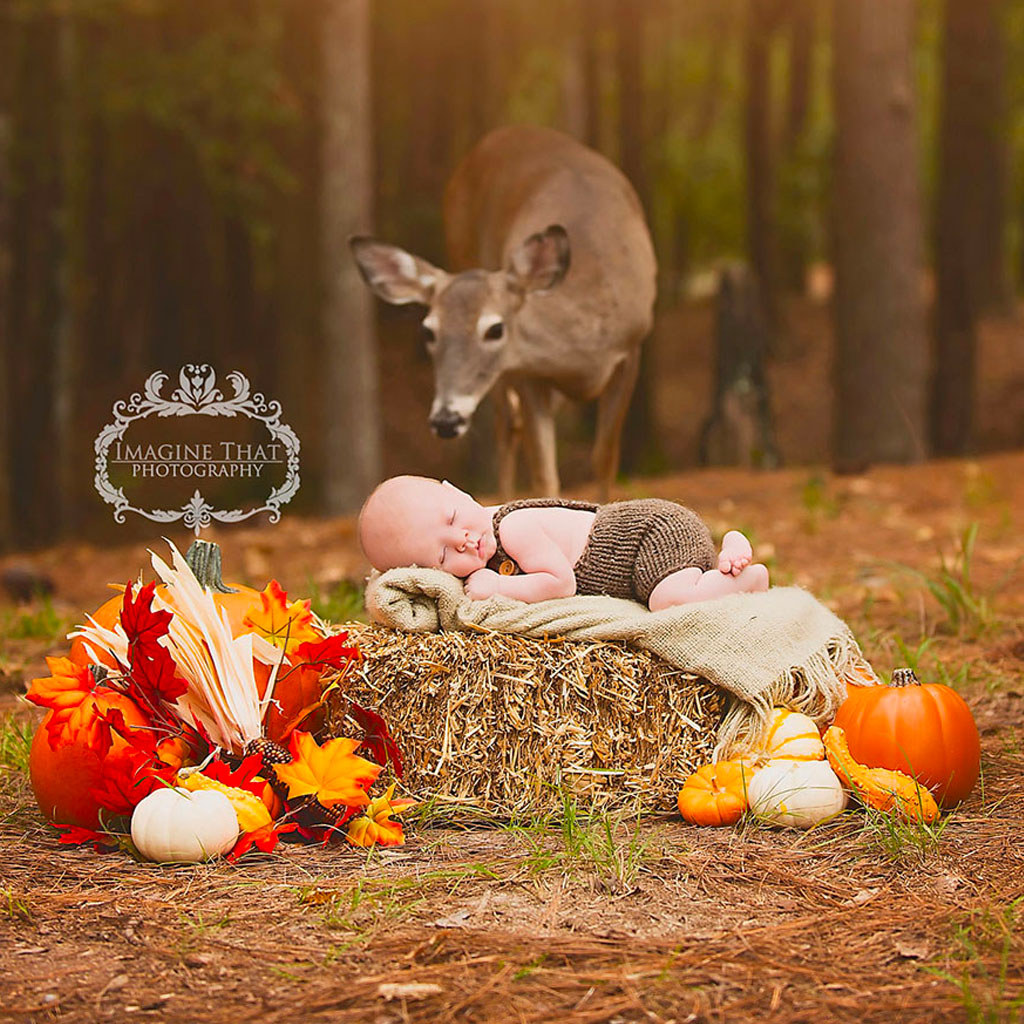 When little 1-month-old Connor posed for an adorable autumn photoshoot, no one expected a wild deer to show up! Maggie the deer, a local favorite at Sam Houston Jones State Park in Louisiana, was rescued and hand-fed at birth, so she had no problem posing for the camera to turn the chance encounter into a beautiful opportunity. 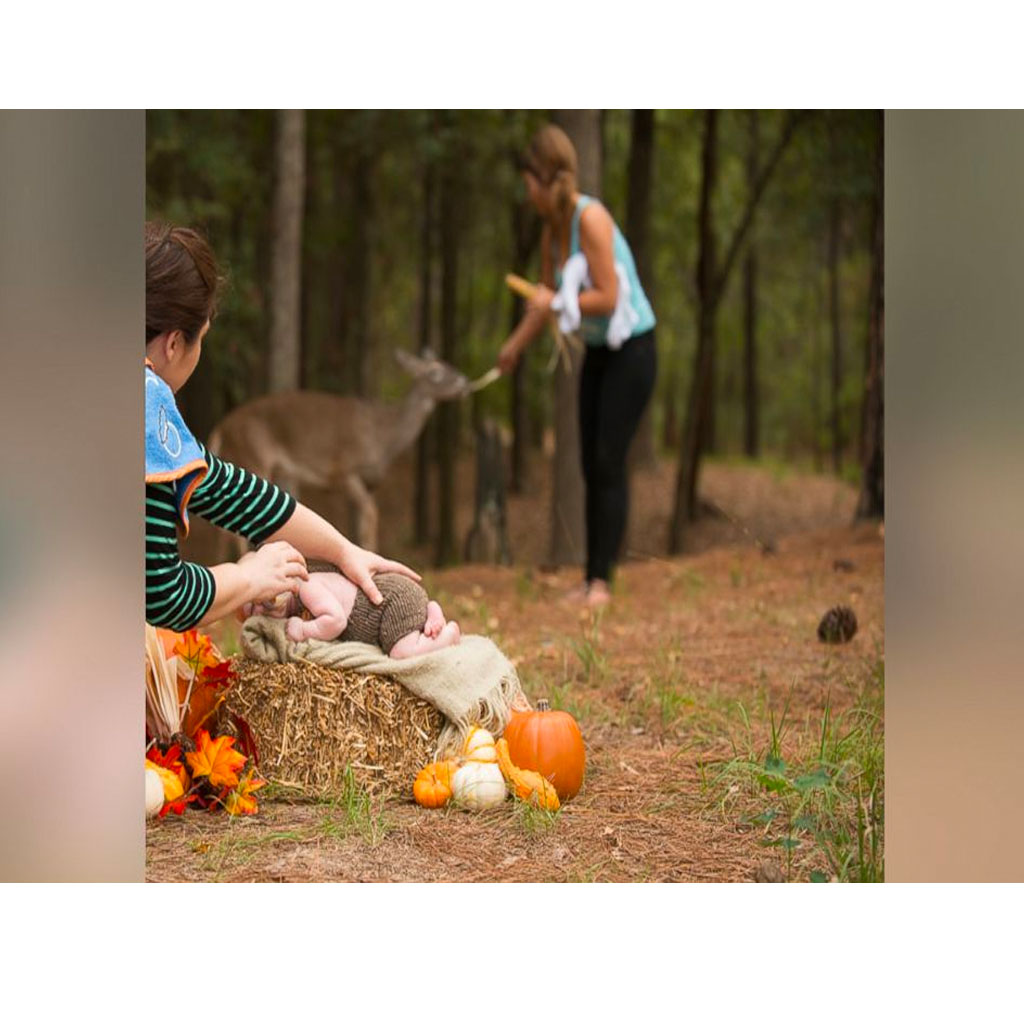 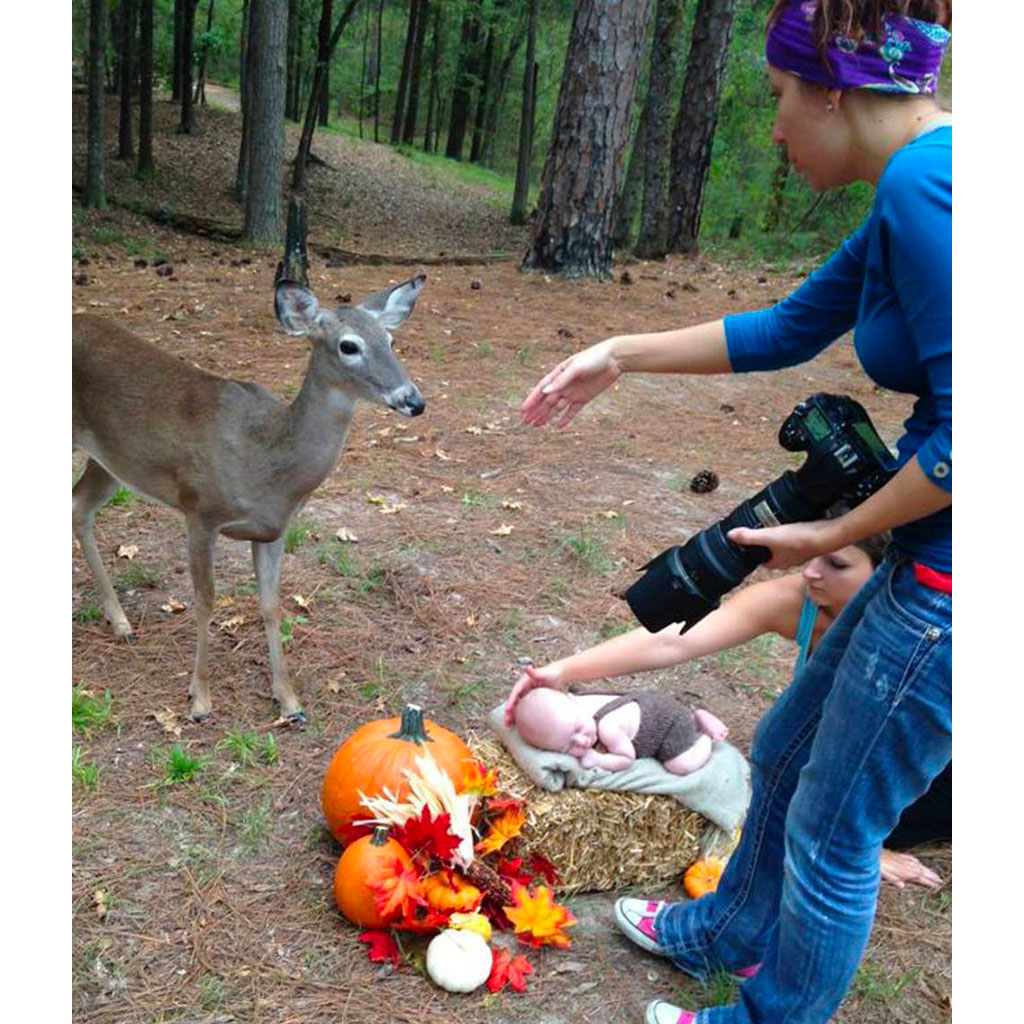 “Maggie was hand-fed as a baby, so she’s very comfortable with people,” Megan Rion, the photographer at Imagine That Photography who took the photos, told Yahoo Parenting. “But I always make sure that we have one hand right near the baby, because she is a wild animal.”

“We’ve seen her in about five different photo shoots,” Rion continued. “I didn’t even know she was going to show up at the spot where I like to take pictures at.”
Rion said that she was trying to “console” the baby and get “him into position” when the deer walked up. 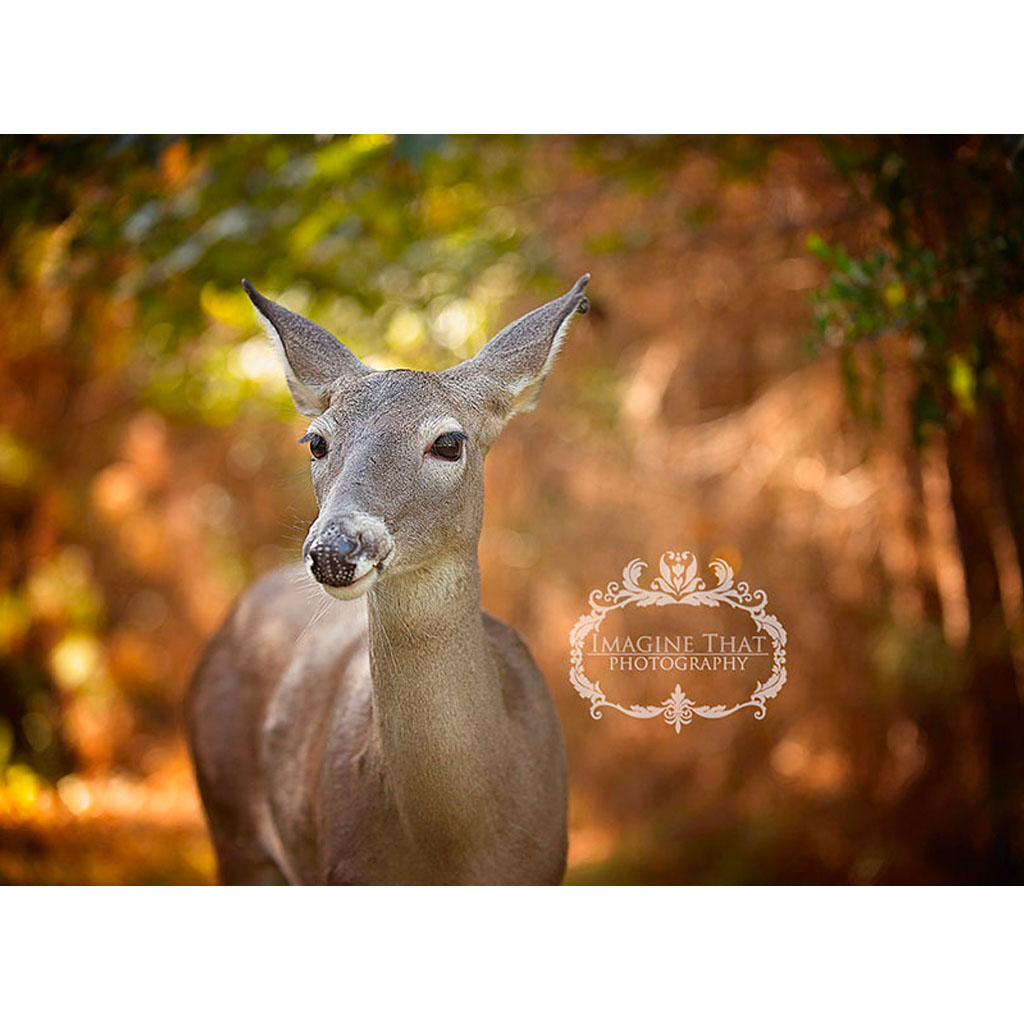 My assistant then took … an ear of corn to coax her to look straight,” Rion told. “Not only did she look my way, but she came up calmly walking towards baby Conner and our setup.”

Rion said the deer’s name is Maggie and she’s made an appearance in a handful of photos. 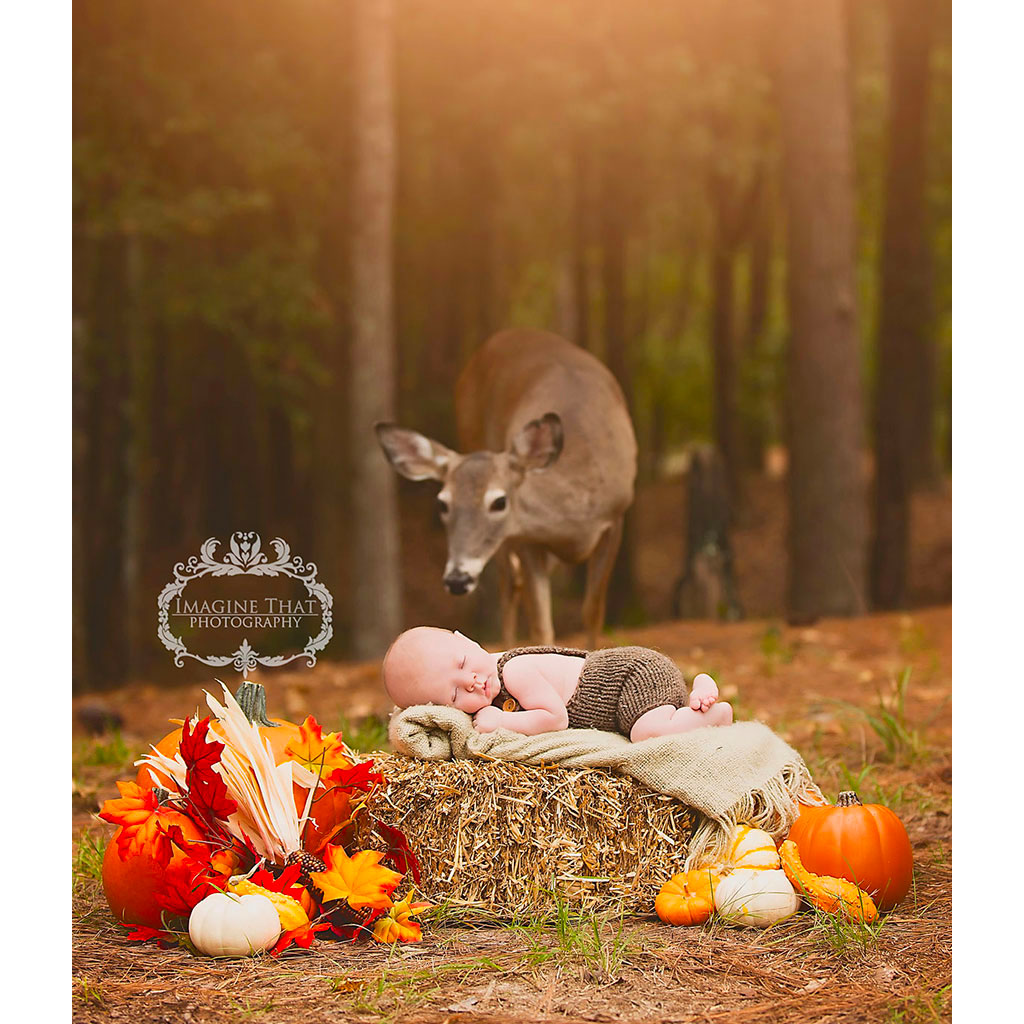 “Maggie has been appearing in our photos since the beginning of the summer,” Rion said in an email. “She has been in six different photo shoots. She shows up for 5-15 mins then strolls on her way.”
Rion said she plans on going to the same spot in hopes she captures more photos with Maggie.

“Maggie the deer has become very popular in our photographs, but we cannot guarantee she will be there for upcoming shoots,” she said. “She just makes our photo shoots more magical when she does appear.”