Dogs love us unconditionally and it’s important that we show our appreciation by returning that love and by being mindful of their needs.
One thoughtful dog owner recently demonstrated her love and affection for her sweet furbaby when she noticed that pup was cold. One dog owner’s adorable way of caring for her dog caught the attention of a bystander, who shared heartwarming photos on Facebook. 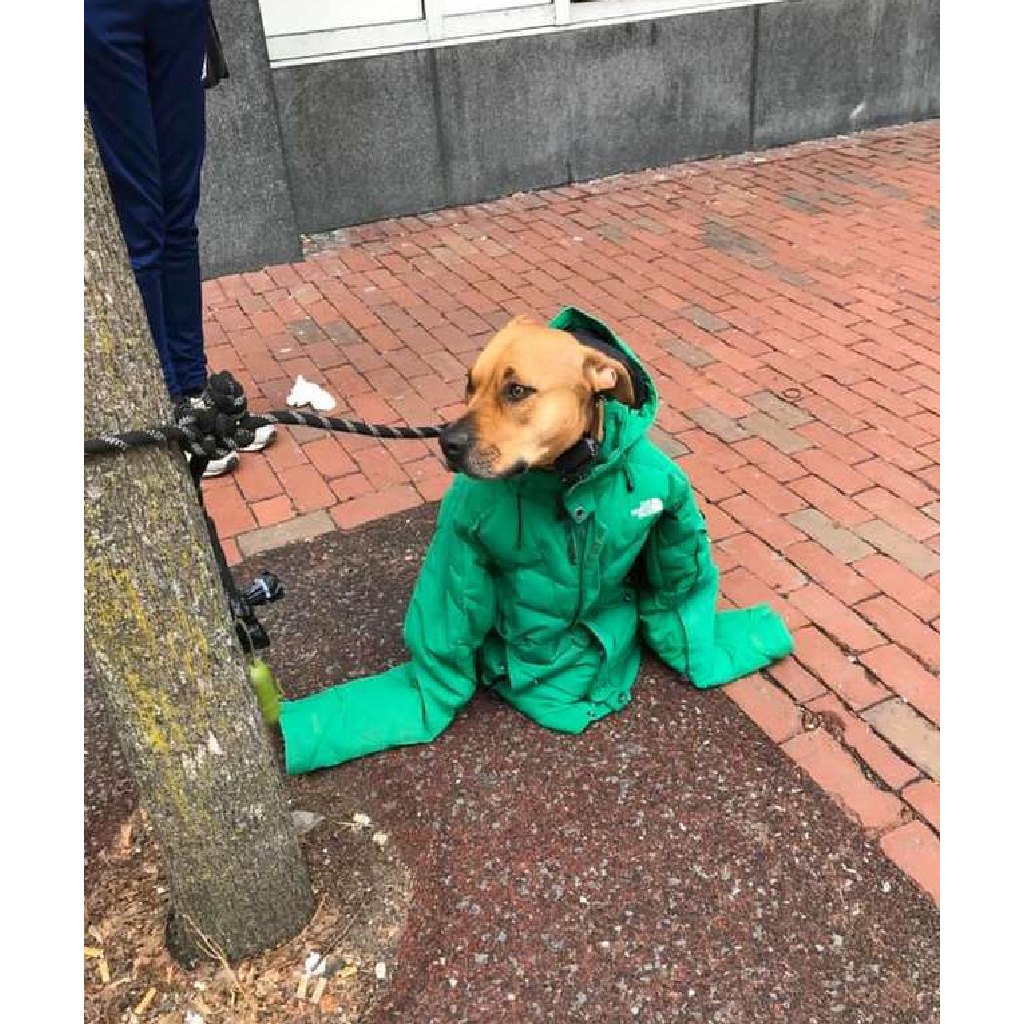 It was a cold, windy day in Cambridge, Massachusetts last month. A woman named Kristina Hollie was waiting at a bus stop with her coworker in Harvard Square. 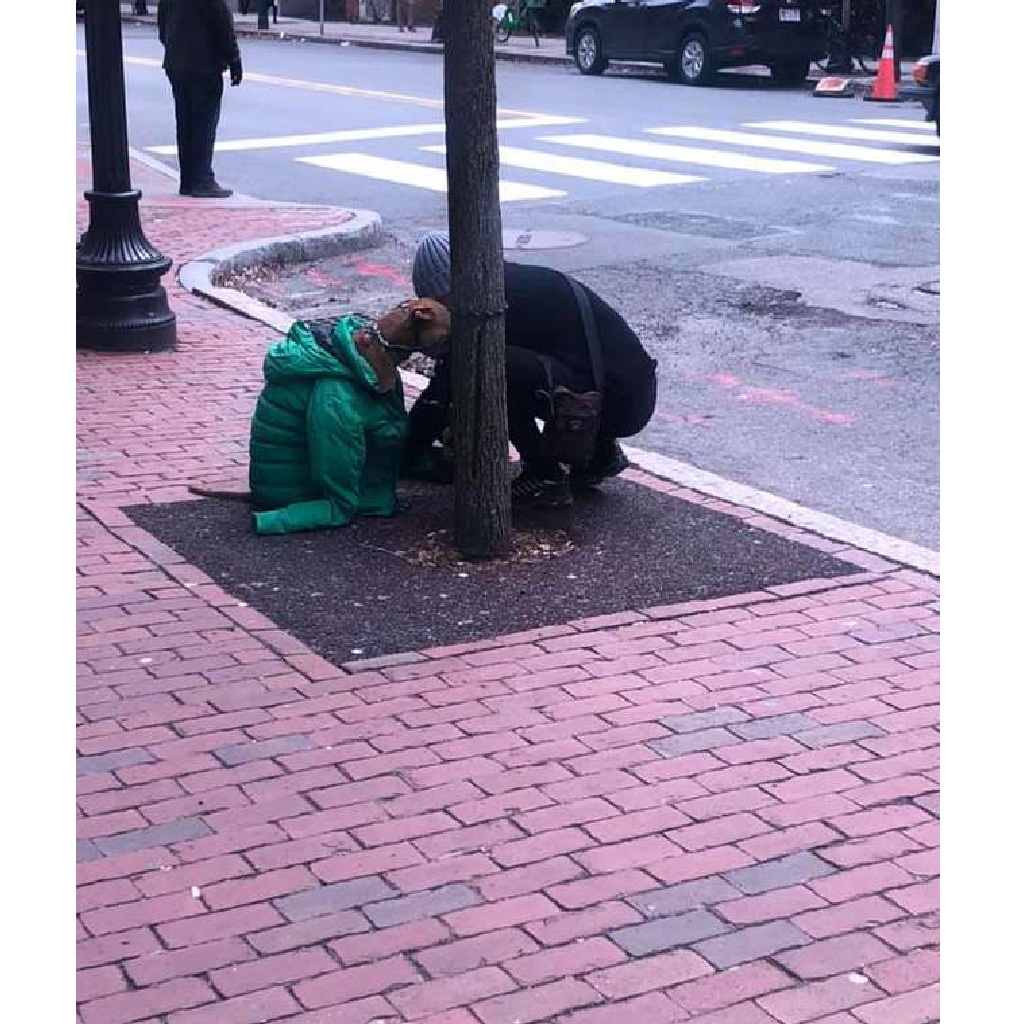 When Kristina Hollie and her coworker were waiting for their bus at Harvard Square in Cambridge, Massachusetts, they couldn’t believe their eyes as they watched a cute pup running errands with his mama on a bitterly cold day. She saw a woman walking her dog. The stranger t.i.e.d the dog to a tree so she could run into the post office. But the dog was visibly shaking from the freezing weather… so the owner did something very thoughtful: she gave the dog her jacket! 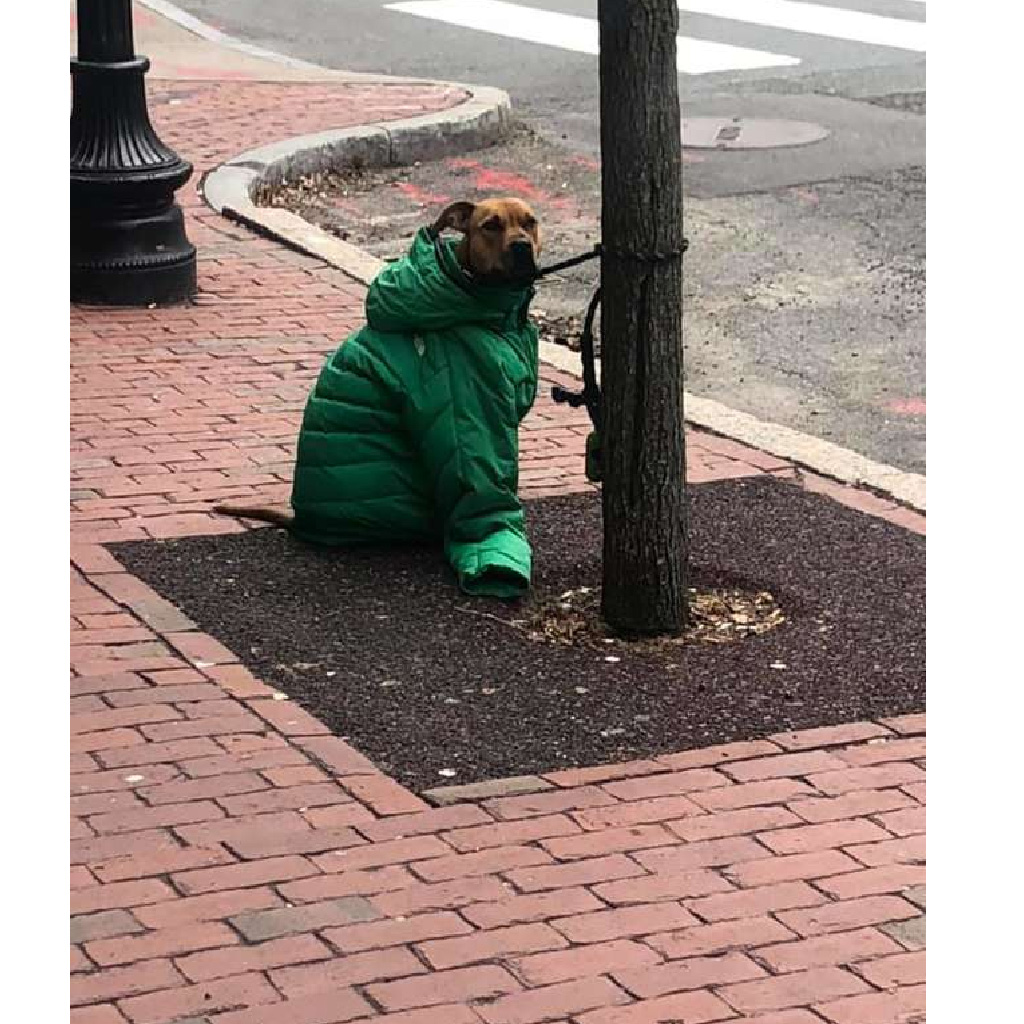 “It was very cold and windy out,” she said. “I noticed that he was visibly shaking. She obviously noticed too because she immediately took off her jacket and covered the dog as he sat. Maybe she thought he would k.i.c.k it off, so she bent down and zipped it up around him!”

The dog sat perfectly still as his owner wrapped the jacket around him. He seemed excited to wear something nice and cozy.
Sitting on the sidewalk in his jacket, the adorable pup got a lot of attention, as people couldn’t resist stopping to take his picture or comment on his comfy jacket.
“I saw two or three other people walk past him and comment that he looked very cute and very warm,” Hollie said.
Kristina didn’t let the kind act go unnoticed, and thanked the woman for looking after her dog: “She just replied, ‘Thank you! I don’t want him to be cold!’”
The pup looked dashing in his comfy coat and must have been very grateful to her.