Have you ever seen an animal fall from the sky? Extreme weather conditions known as “animal rain” have caused fish, lizards and even ants to fall from the sky but never before a newborn kitten !

But this is exactly what happened to Kendera White, 52, who saw the animal fall from the air beyond her peripheral vision as she ran across a farm road in Woodhead Lane, Chesterfield. One morning, while jogging, she saw something falling from the sky. She thought it looked like an animal and ran to where it fell. 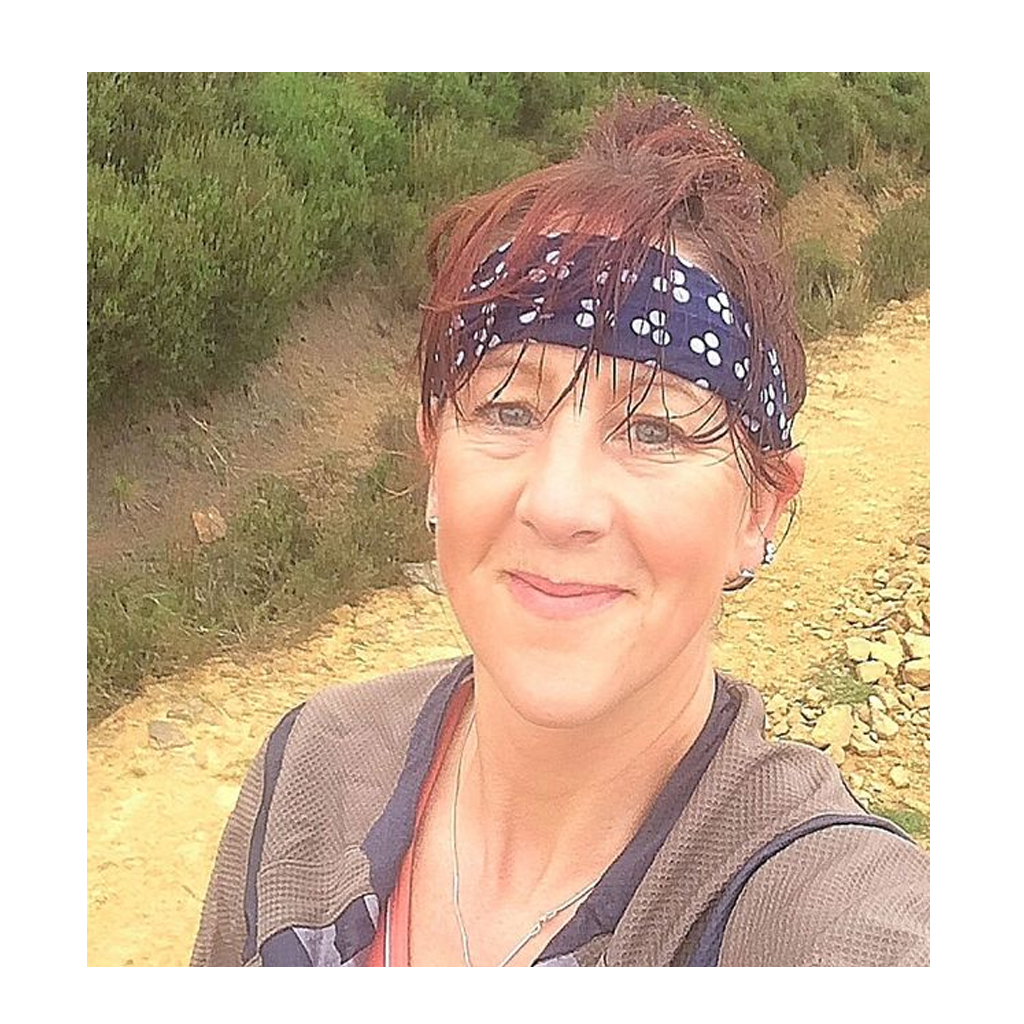 Imagine her surprise when she saw a tiny newborn kitten, still with eyes closed, lying on the ground. There’s no way she’d leave this baby behind, so she picked up the kitten and put it in her sports bra.

Kendera thinks the best thing to do is take him to vet Matt Smith in Chesterfield, UK, who knows they’ll take good care of him. 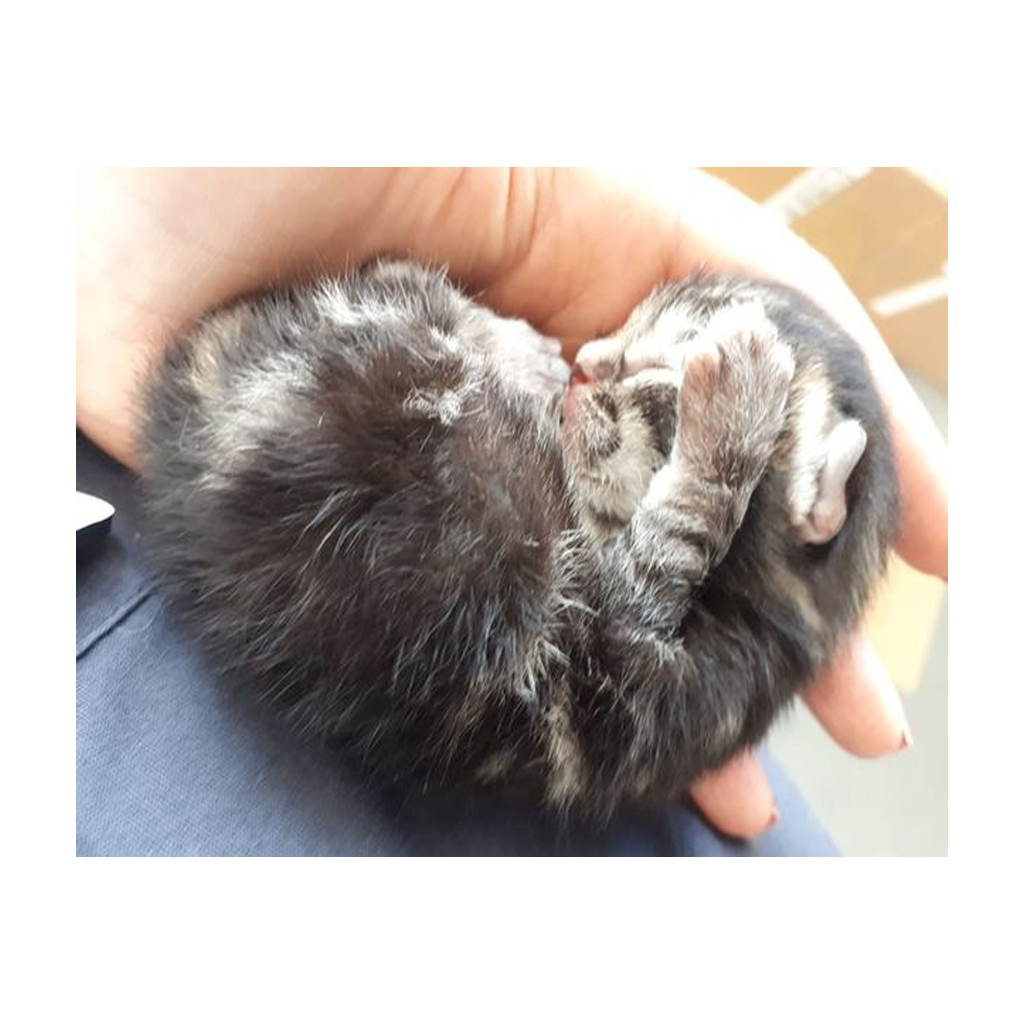 “I saw something fall in the air to my left and then I heard a high pitched meow. I’m a bit of a cat lover so I knew right away it was the sound of a kitten,” explains Kendera. “Then I saw a small gray thing on the floor, no bigger than a golf ball. I thought it must have been a bird of prey and there was no way I could find out where it came from.” 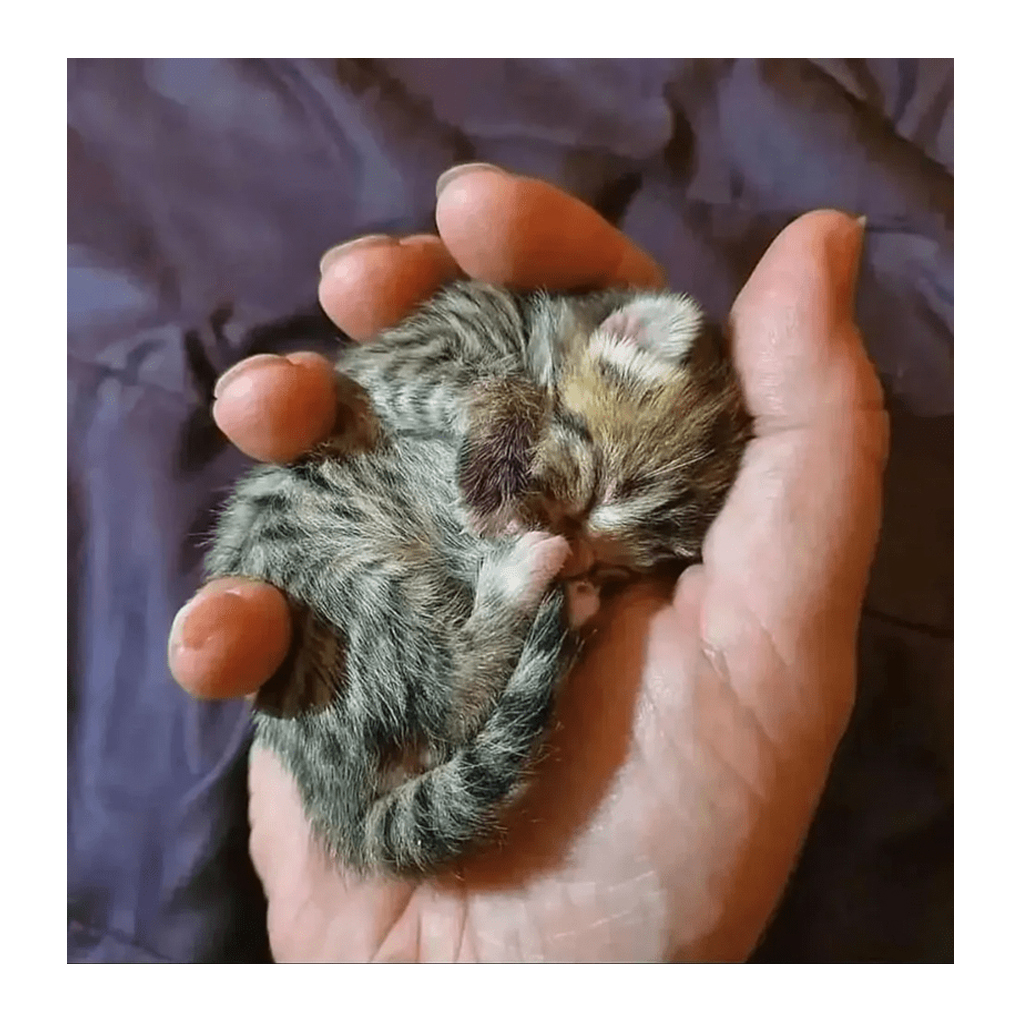 At the vet’s office, the little furball drank down a bottle of milk.

Unexpectedly, this little cat was unharmed, it only had a few bruises. “It’s amazing how he escaped without ʙʀᴇᴀᴋɪɴɢ his bones but as a child they were very pliable. It was his lucky day!” 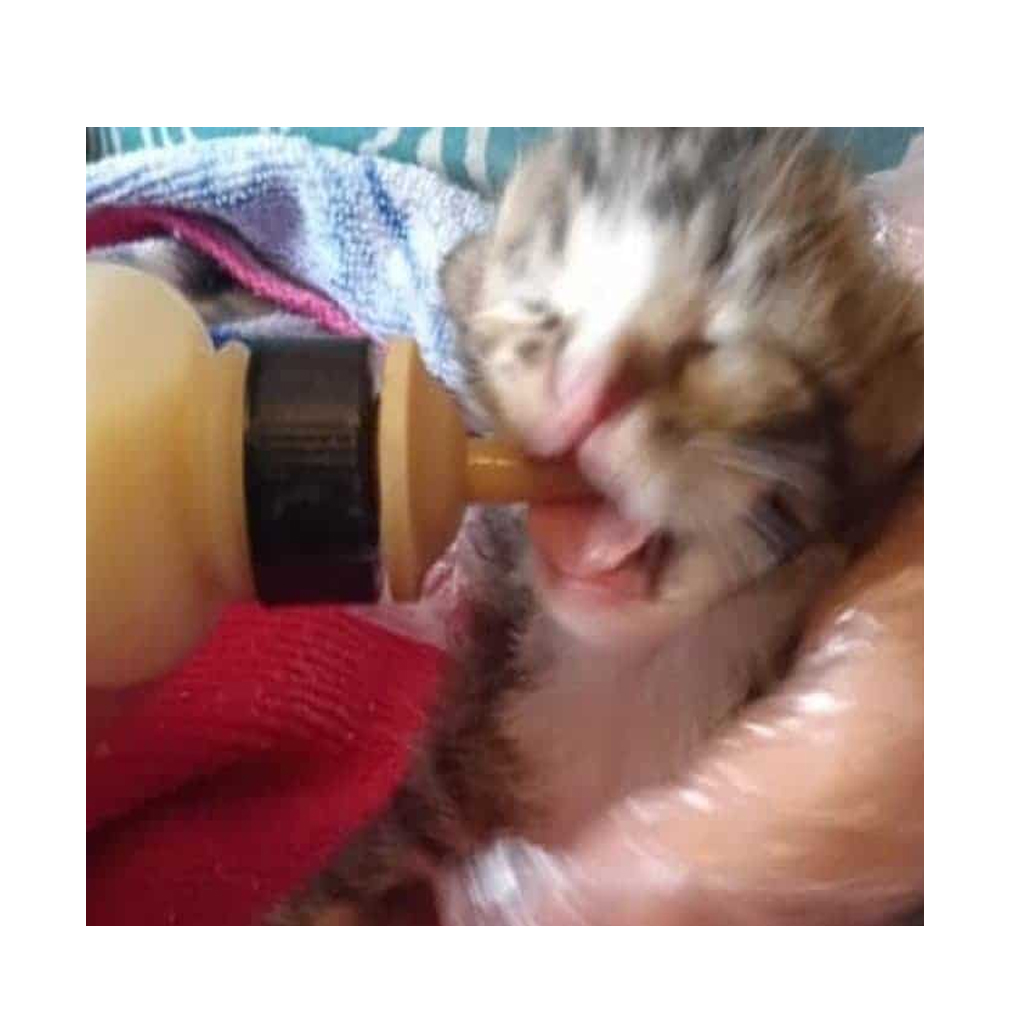 They named him Sky and he is currently living happily with four other one week old stray kittens. “We call him Sky because he’s from there,” said Sue Crisp, the vet’s receptionist. He now has four brothers from another mother and amazingly, they are chubby than him and have his eyes open while he keeps his eyes closed. He’s very nice and totally fine, she added. 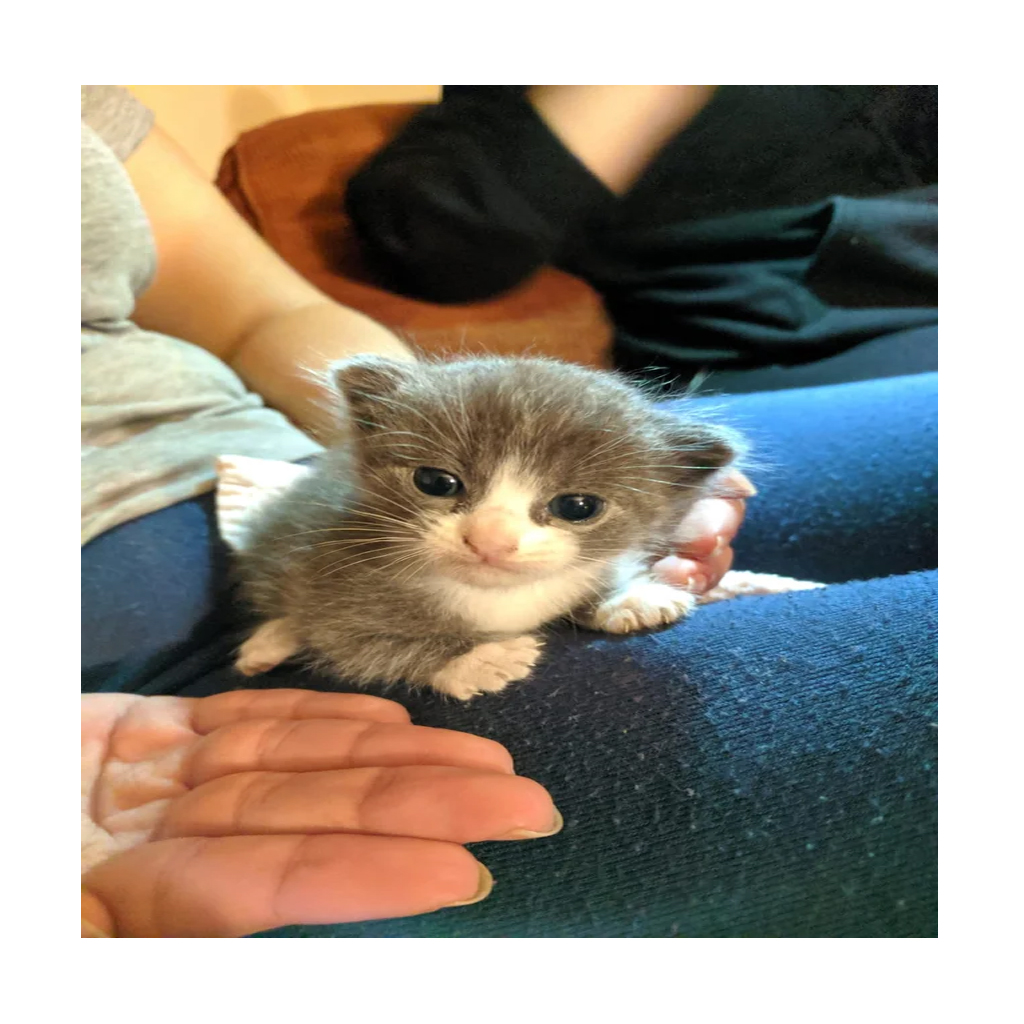 Looks like Sky has fallen into the right hands, so to speak. We’re glad he’s safe and healthy, and we’re sure he’ll easily find the permanent home he deserves. ‘He’s gorgeous and doing perfectly well.’