Every dog is a good dog. They deserve to have a happy family. While some haven’t found a home yet some are abandoned by people who adopt them.

On a sunny day in March, a very sick dog passed by the office of Humane Society International (HSI) India. For some reason, the dog thought it was a safe place to roam, so she decided to go inside, quickly found a couch, curled up, and fell asleep right away. It took a while before anyone realized she was there, and how much she needed their help. 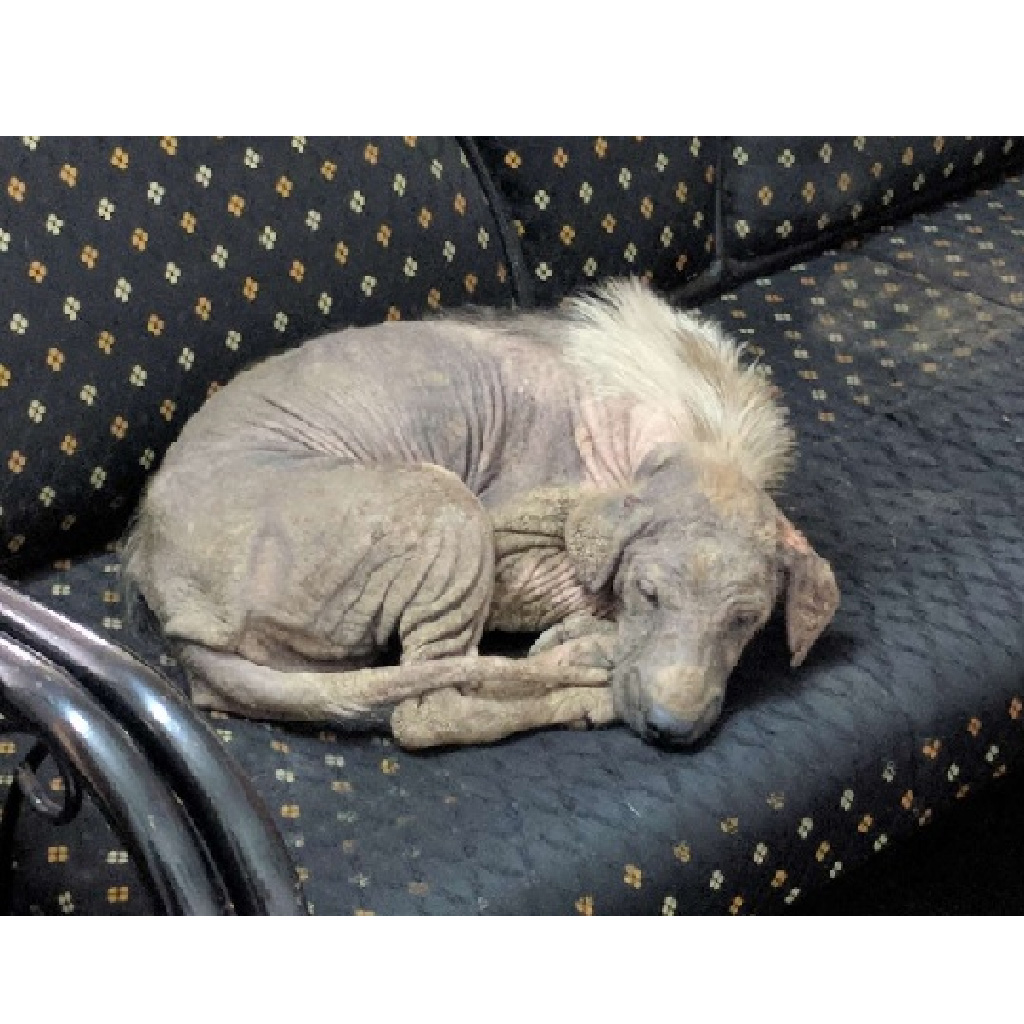 “We wouldn’t have noticed her but for the stench,” Alokparna Sengupta, deputy director of HSI India said. “Her skin condition was serious.”

As soon as the staff discovered the dog curled up and asleep on the couch, they locked the front door, so she couldn’t run away again. They gave her food and water. Then they named her Fairy, took her to the vet.

Even though she was scared, she obviously knew she needed help, and had somehow sensed that inside the office were people who desperately wanted to help her.

“When I went to pick her up to take her to the doctor, her skin was peeling off,” Sengupta said. “But she was and is an angel. No complaints or stress. I guess fate brought her to the right place and she knew it.” 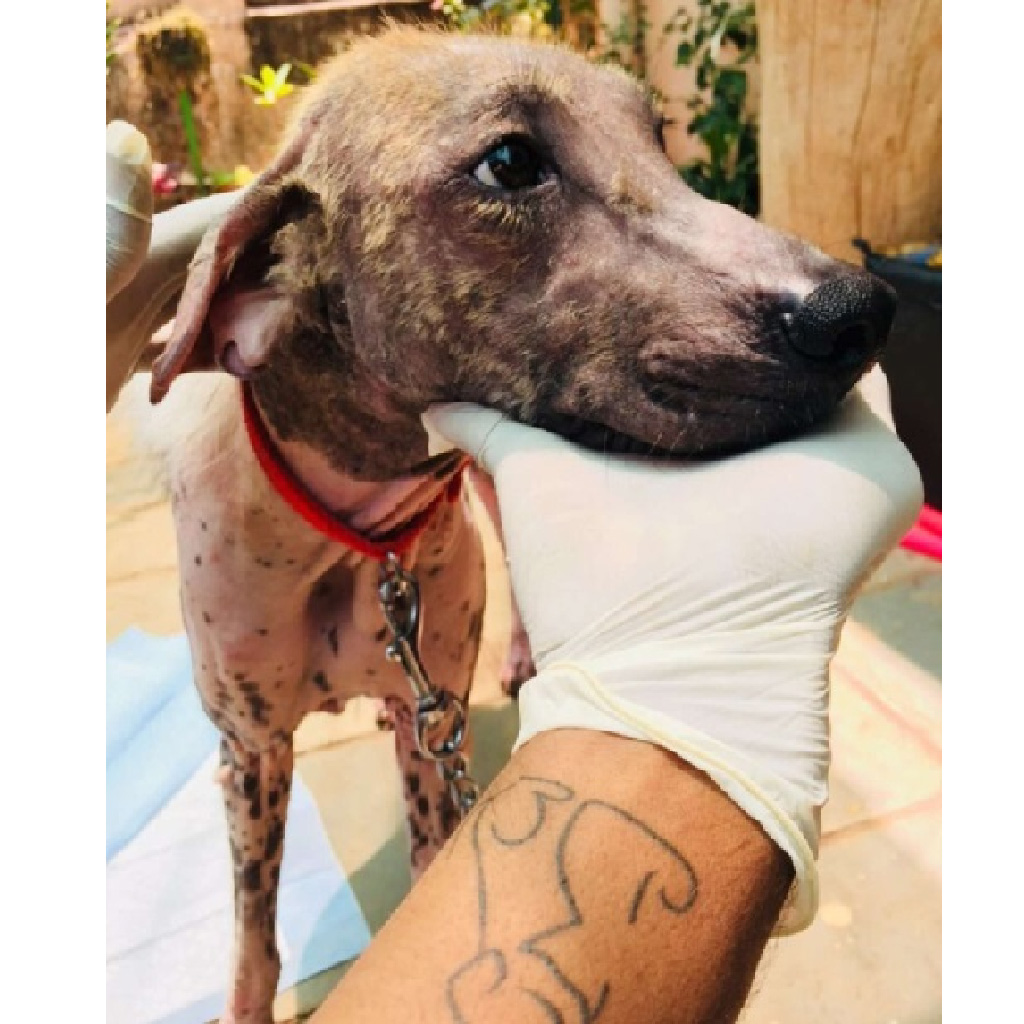 Fairy was given treatment for her mange immediately. Fortunately, she had no other health problems. Her health was quite good.

Currently, the rural in-home boarding facility where Fairy has been living needs her out by May 20.

“The best family for her would be a mature couple or person that has the time, patience, determination, and commitment to help her become more confident,” the rescue wrote. “She is sweet and silly, which is hard-wired into her character. She is timid, wary of strangers only at first. When she is not around the people she trusts, she has the tendency to shut down or become very hesitant.” 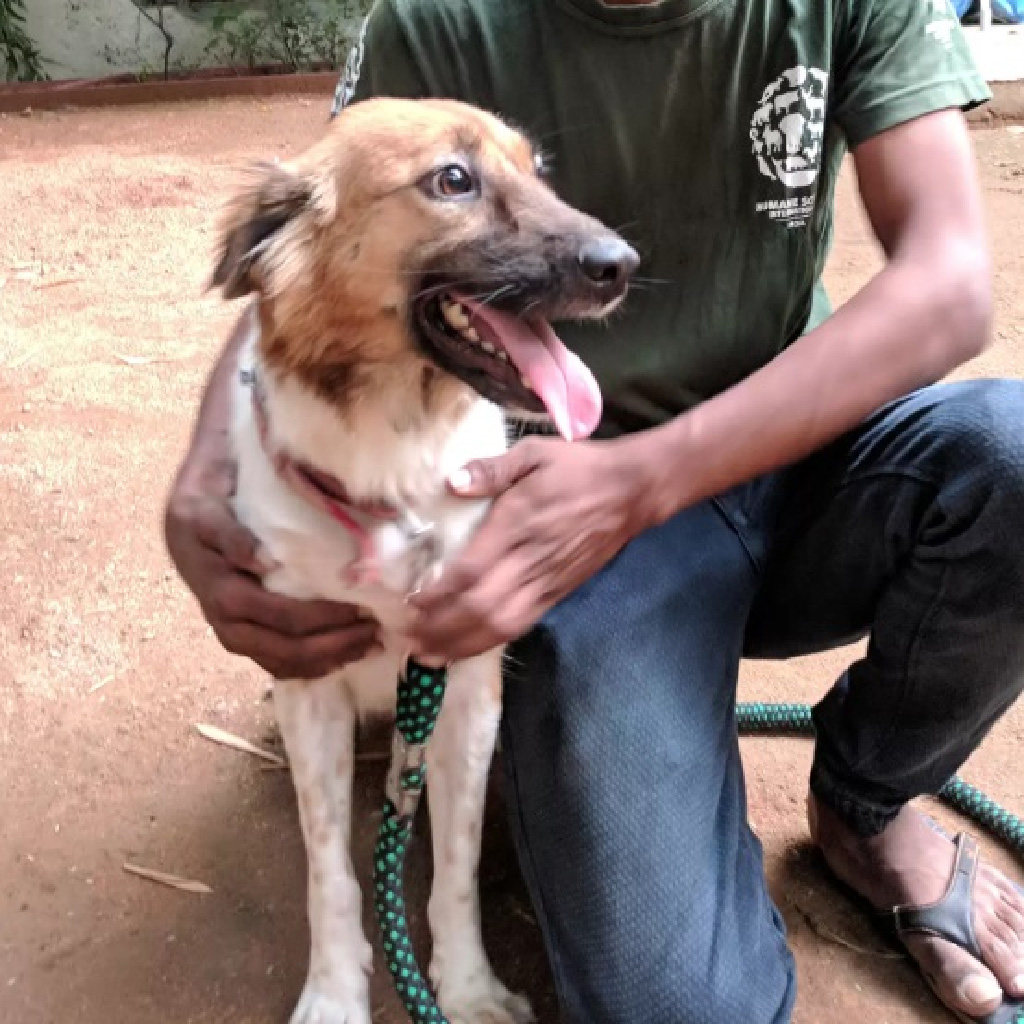