A d.ying woman was granted her final wish when her daughter brought her beloved horse to her hospital bed so she could say goodbye. Horses have always played an important role in her life – especially Bronwen, whom Sheila has nurtured, raised, and loved since childhood. They have been together for almost 20 years. 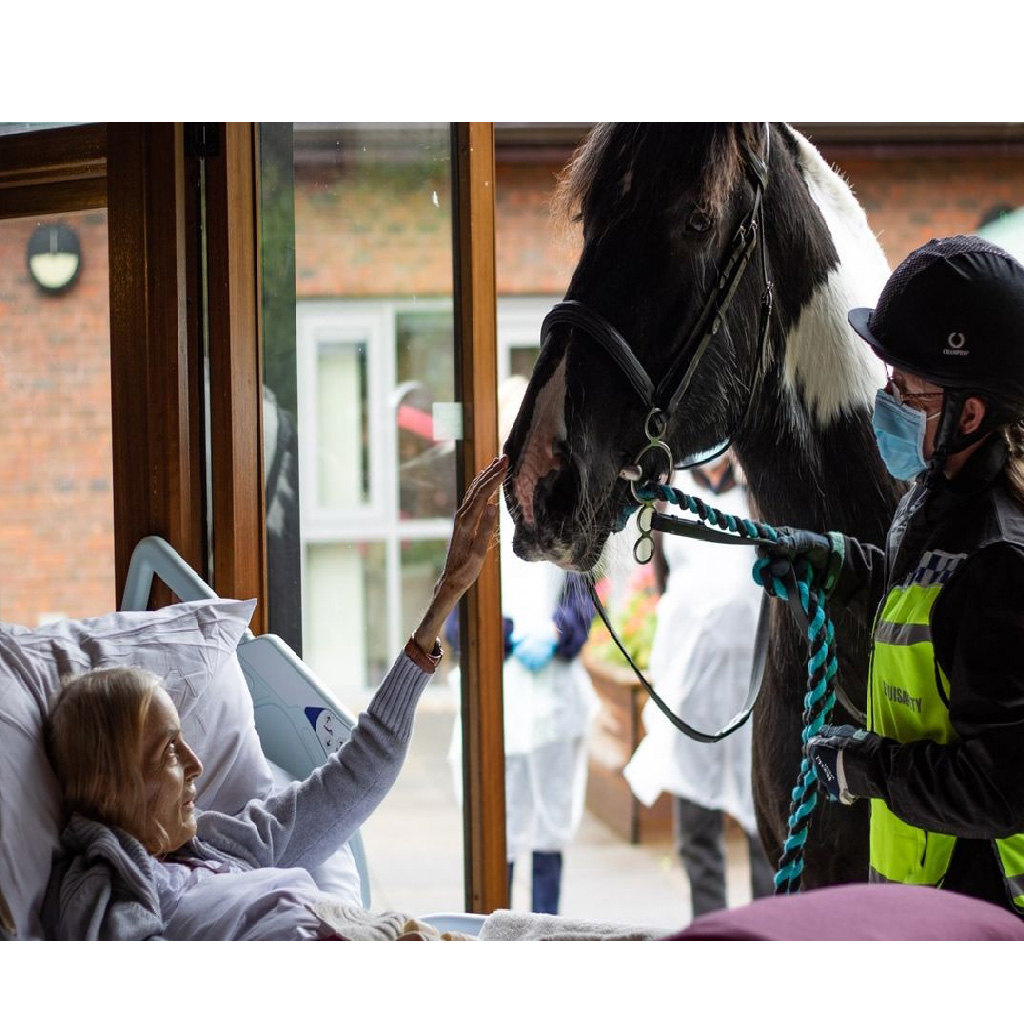 Sheila Marsh, who had c.a.n.c.e.r, was wheeled out to see Bronwen – the horse she had looked after for 25 years – one last time. The 77-year-old d.i.e.d hours after the emotional reunion.

Sheila’s health worsened every day, and her daughter Tina Marsh asked for help from the hospital staff in Wigan (England), where she was lying. The doctors readily responded and said that they would help fulfill the last wish of the d.y.i.n.g woman. They took Sheila’s gurney to the parking lot, where all her favorite horses were waiting for the former caretaker. Of course, among them was Bronwen.
“She loved her horses and she loved and adored all animals. She had six horses, three dogs, three cats, and other animals,” Tina said.

“Her condition did not get any better and the hospital allowed us to bring Bronwen in. It was a matter of hours later that she p.a.s.s.e.d a.w.a.y. I want to thank the hospital and all the nurses. It was very important for my mum.”

“I was crying my eyes out and all the nurses were crying too. She took comfort out of it and it was a beautiful moment.”
Marsh, from Bickershaw, Wigan, had worked at Haydock Park racecourse before she retired. She raised Bronwen from a foal until adulthood and was said to have had a special relationship with the horse.
Gail Taylor, a bereavement liaison specialist nurse, said: “The nursing staff wheeled Sheila down the corridor in her bed to the entrance.

“Bronwen walked steadily towards Sheila and she gently called to Bronwen and the horse bent down tenderly and kissed her on the cheek as they said their last goodbyes.”

Pauline Law, deputy director of nursing, said: “This was obviously extremely important to her and her family. We feel privileged to have been able to provide this support at this crucial stage of her care. ”

“It’s absolutely right we should pull out all the stops to ensure that our patients and their families receive personalized, compassionate, and dignified care at the end of their life.”