We’ve seen some cute and unexpected animal friendships. However, you will only see something involving an animal saving another of a different species. Harley, a Golden Doodle, was recently discovered saving a young fawn from the middle of a lake.

Meet Wally, the doggie 2-year-old. Wally loves to swim and once he jumps in the water, it’s almost impossible to get him out. 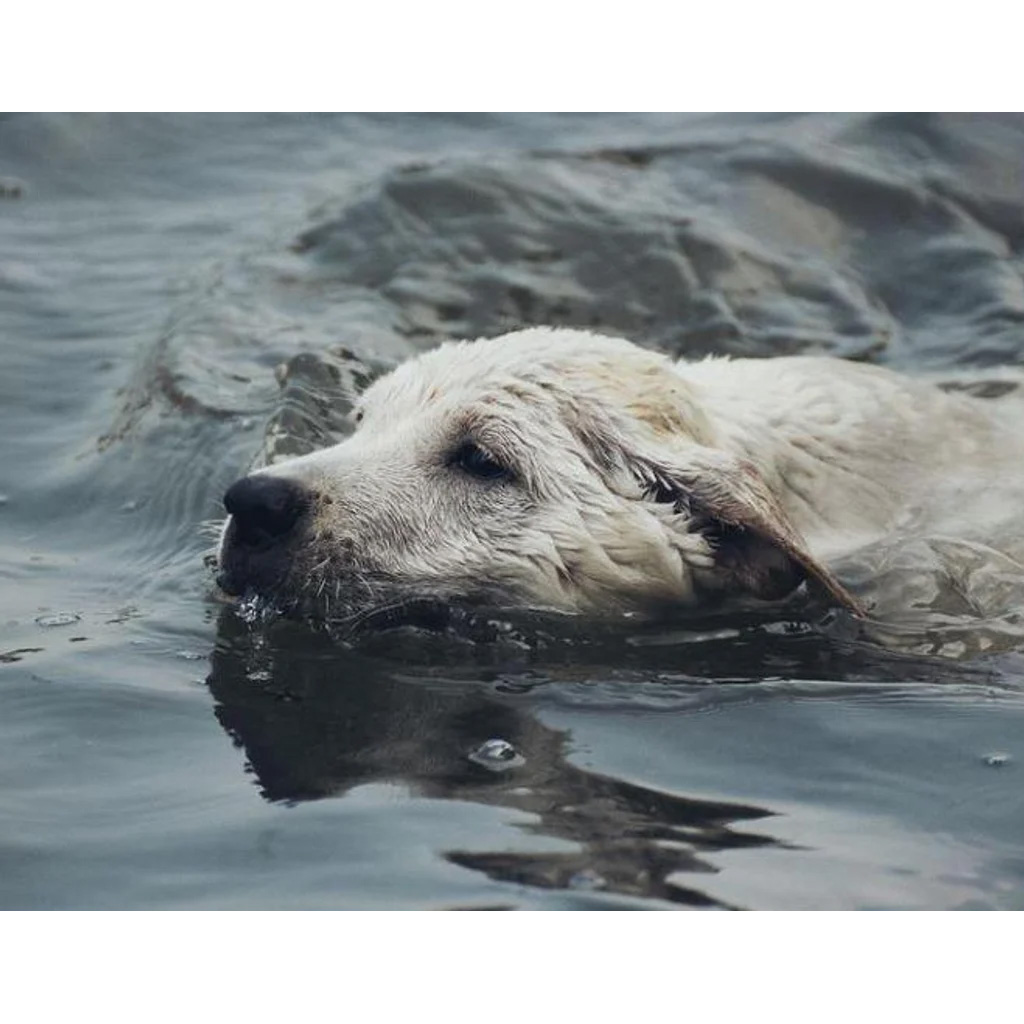 “Usually, we’ll throw him sticks or his ball to chase, but he’ll also just swim around in circles by himself, which is really funny,” Lynde told. “And he’s got a little shark life vest that he wears.”

Wally was paddling around in the lake when Lynde spotted something bobbing in the water nearby. At first, Lynde thought it was an otter or a large stick — then the mysterious object hopped on Wally’s back.

“I and my husband could not believe it,” Lynde said. “We were watching this transpire, and Wally just looked at the deer, started swimming back to shore and the deer hopped on his back. Wally did not care at all. He just looked over his shoulder a couple of times and kept swimming.” 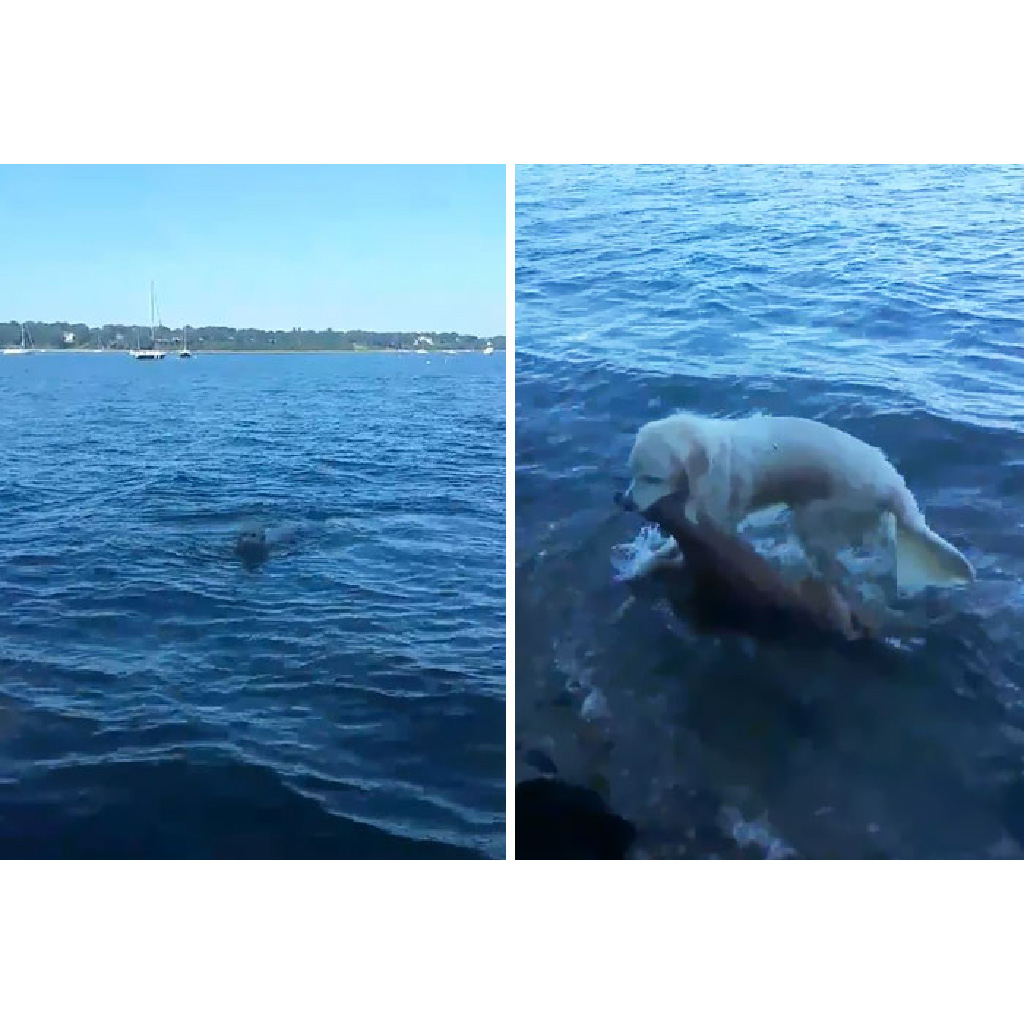 Lynde couldn’t figure out why the deer was out for a swim — perhaps he was just trying to cool off like everyone else. 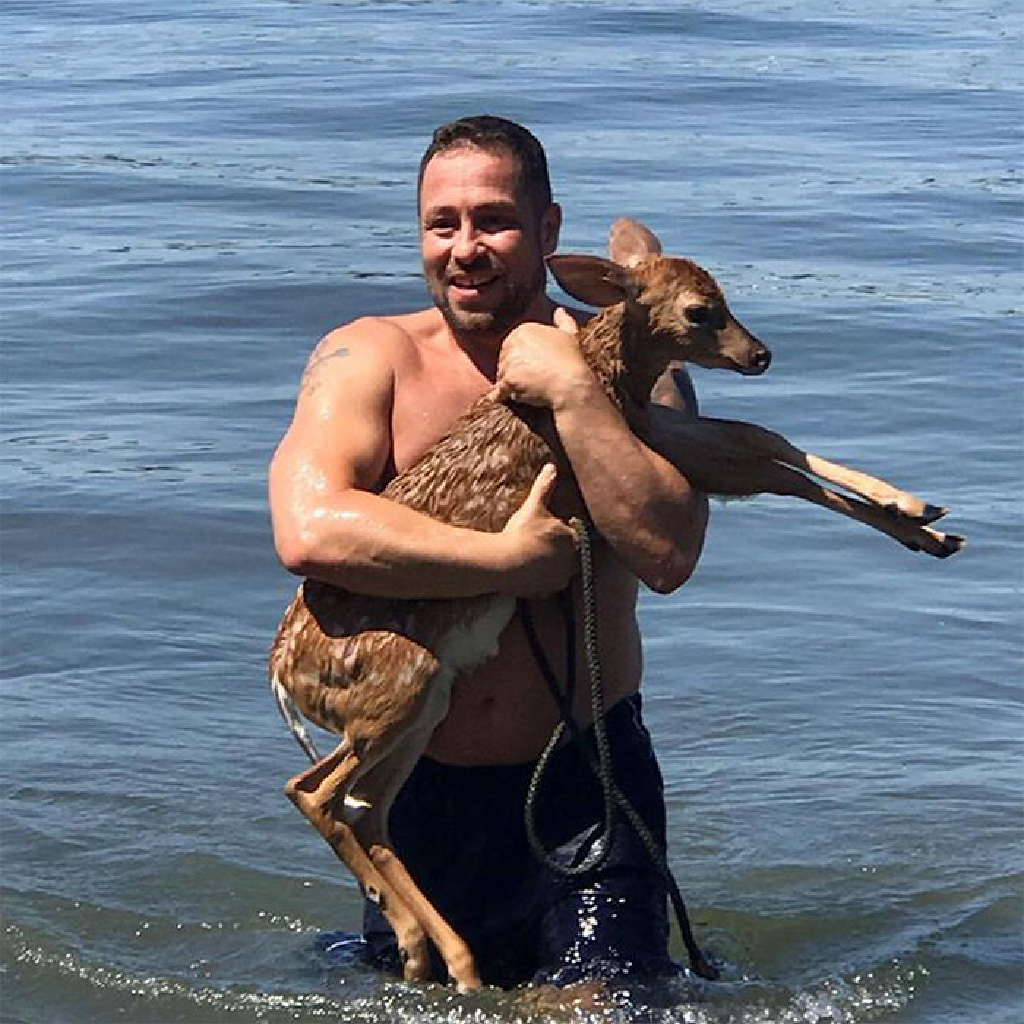 Luckily, the only thing Wally loves as much as swimming is making new friends.

“He loves every animal he encounters,” Lynde said. “He especially loves little kids and will give them a kiss right on the face when he sees them. He’s the sweetest dog ever and gets along with everybody.” 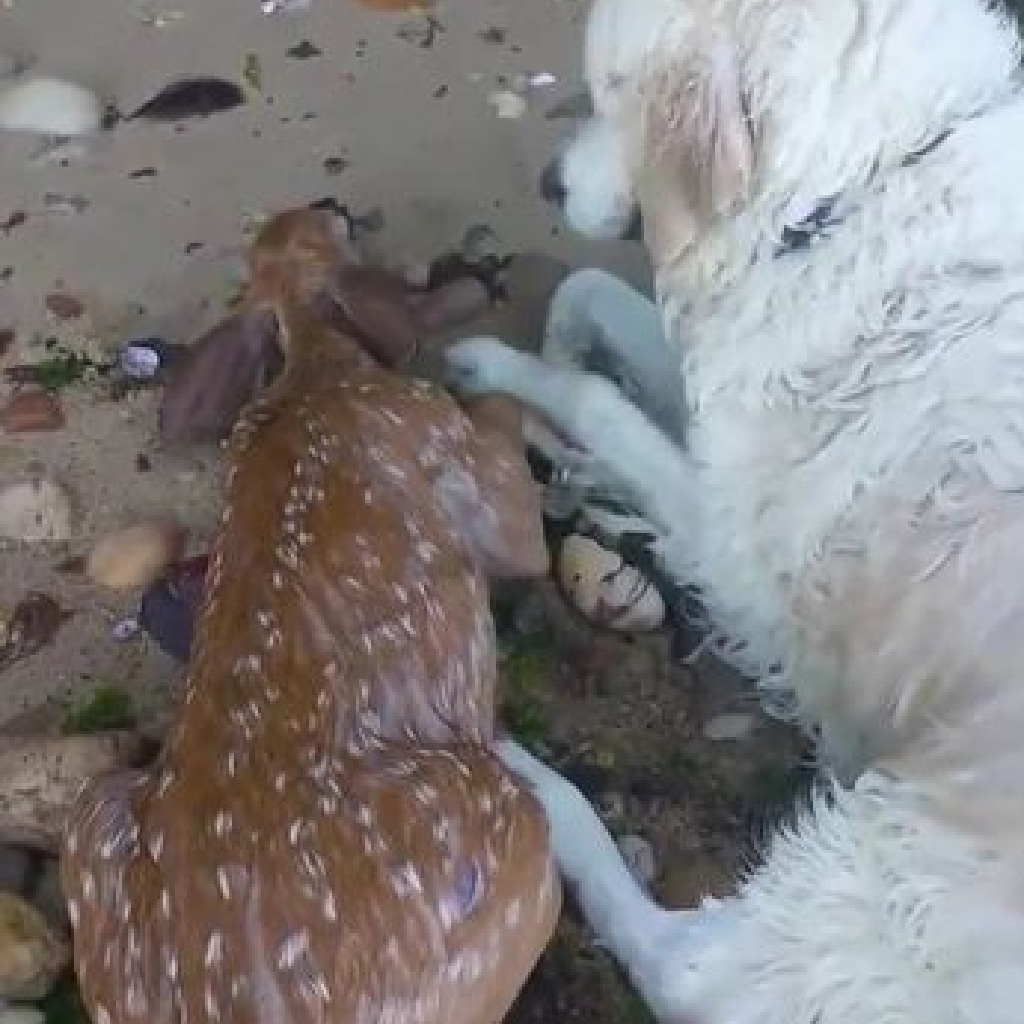 The courageous dog led the newborn fawn to the shore. He would first nudge the fawn’s body until the newborn fawn was safe on the coast. Then, according to Ralph, Wally would hurt it back toward the shoreline whenever the fawn tried to turn away.