This adorable doggo is baffling the internet as he looks human, with people wondering whether his owners used a face-swapping app for photos.

The pooch in question, Yogi, is an Aussiepoo mix – a designer breed that has puzzled folks in the past due to their human-like resemblance.
Yogi — an adorable pup whose appearance certainly has a lot of people talking. If you said, “Hey! That dog has the face of a man!” — you’re not alone. 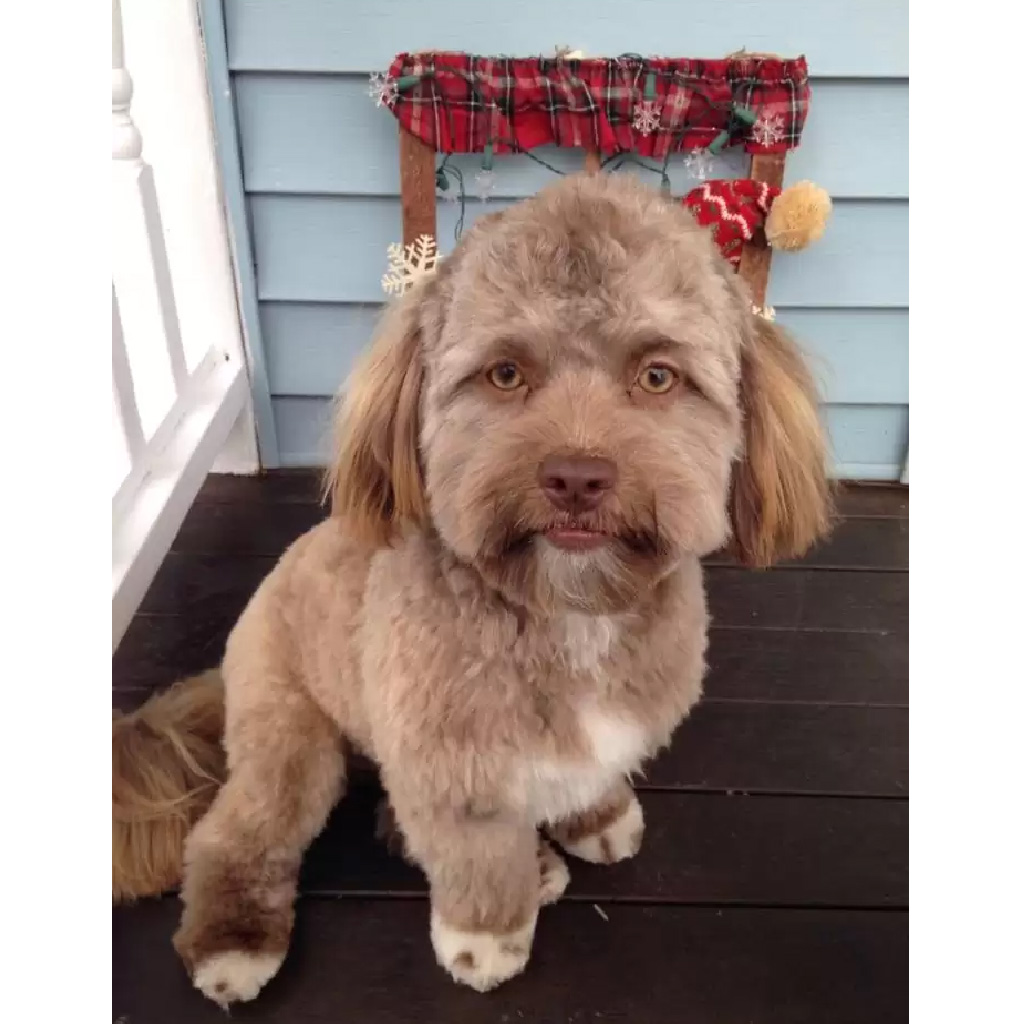 And indeed, there’s something undeniably human about little Yogi’s countenance. The piercing gaze of his light almond-shaped eyes, the sense of a strong brow ridge above in his fluff, and those soft pinkish lips all definitely play a part in giving the dog the uncanny look of being part-person. 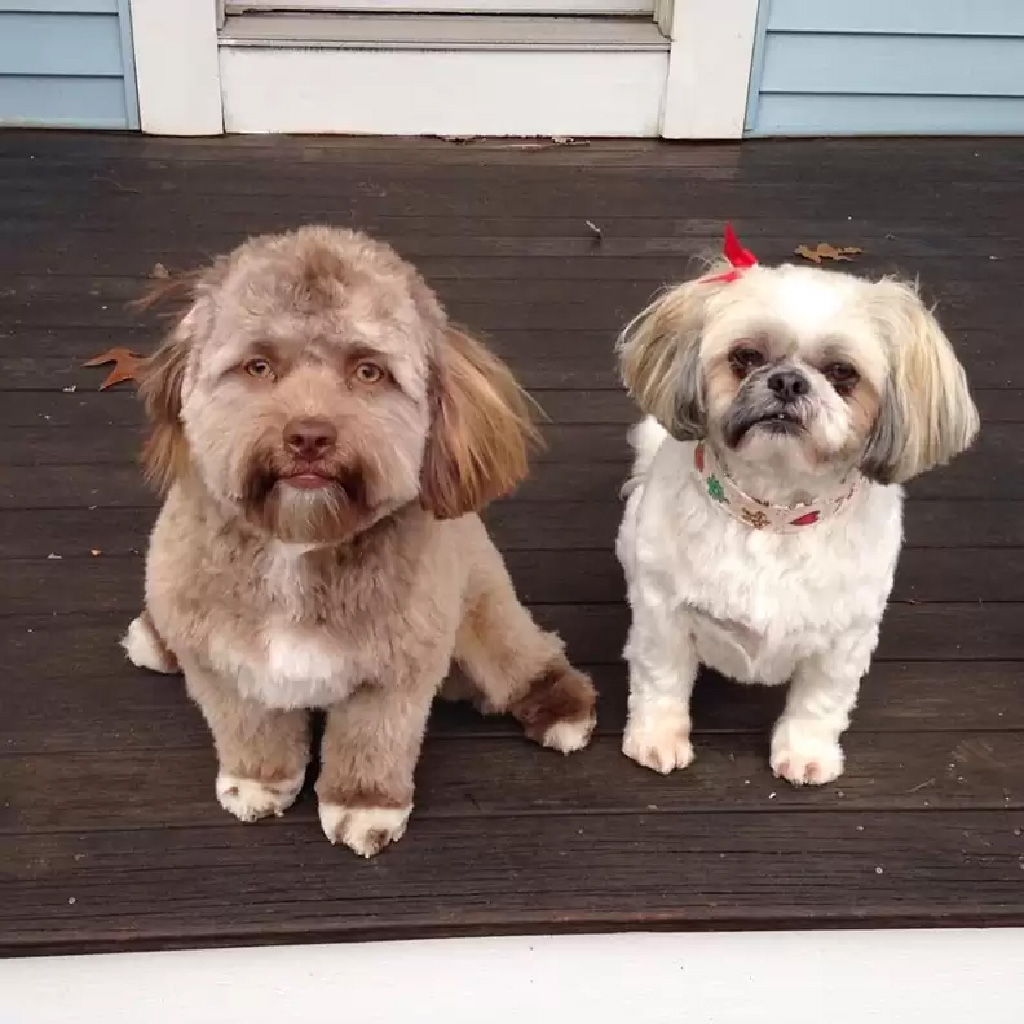 His owners Chantal Desjardins, 33, and Tiffany Ngo, 34, have become used to the attention, but enjoy seeing everyone do a double-take. Chantal Desjardins never thought her dog really looked that humanlike at all, “Looking at him, normally I don’t see it!”
It was only after sharing Yogi’s photo on Facebook that Chantal heard otherwise.
“He looks like there is a human in that dog body,” one friend wrote.
“Why does one look like you did a human face swap? It’s freaking me out,” added another.
The way his fur is groomed, and his position relative to the camera, seem to play an important role in that humanlike effect. 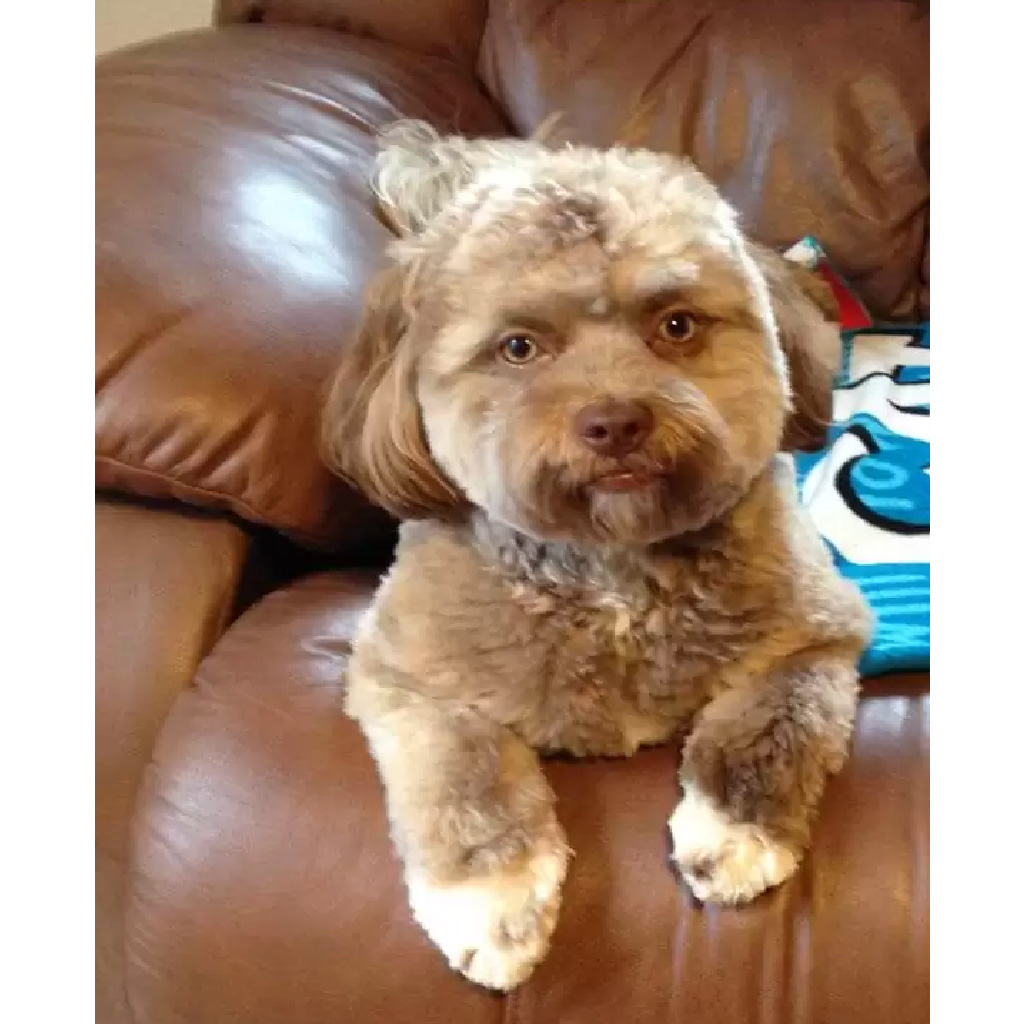 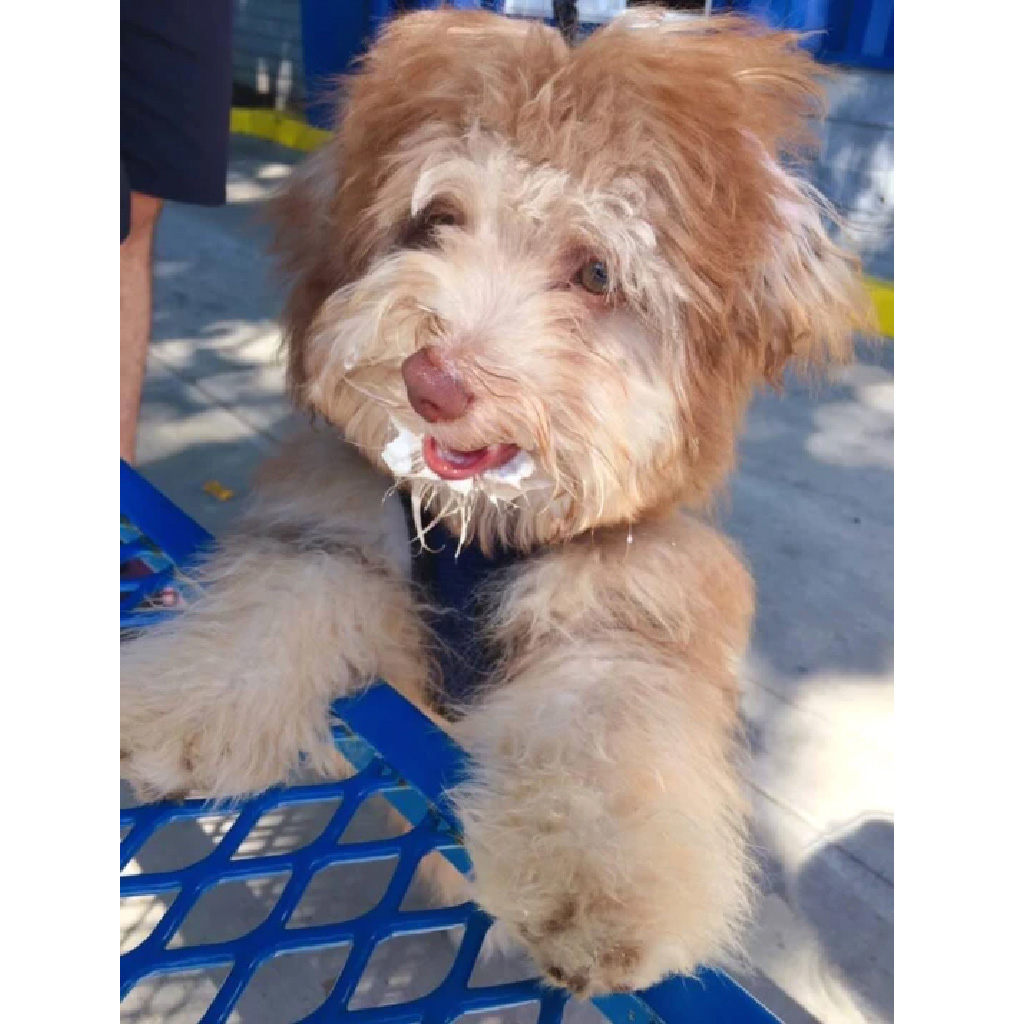 Here he is with that same dog as above, only facing a different direction. Looks pretty normal, right?
Here’s a sampling of some of the over-the-top reactions Yogi and his face have generated:

“This is the most disturbing thing I’ve ever seen.”
“I call bs. I hope it is anyway, I’m trying to sleep here.”
“This is deeply unsettling…”
“It looks like Nicolas Cage dressed as an Ewok.”
“I’d feel weird petting it.”
“I laughed, then I got uncomfortable, now I’m rocking back and forth desperately trying to convince myself it’s just a face swap.”

Yogi and his face had clearly made an impression. But while these photos haven’t been altered, not every image of Yogi looks so unusual.