Truck driver Matthew B. from Texas has an extraordinary companion named “Ashes”. The man has an inseparable bond with his best friend, a three-year-old cat, and spends his days traveling cross-country with this cat.

Sadly, five months ago on one such trip, Ashes accidentally slipped off Matthew’s 18-wheeler as they were driving through Springfield – Ohio. The cat was scared by the unfamiliar surroundings and ran into the bushes. Matthew rearranged his route several times in hopes of finding his beloved feline friend but eventually gave up and got back on the road. 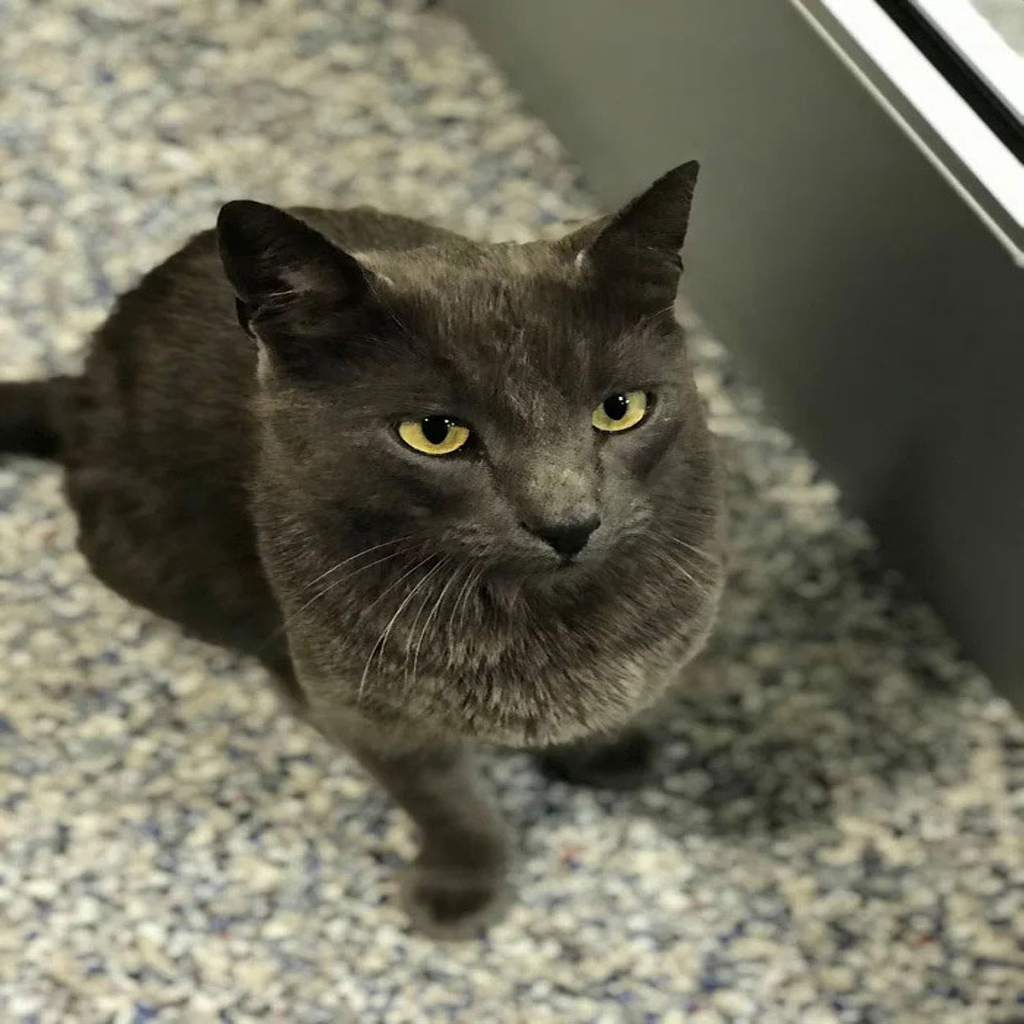 Over the course of the past several months, the truck driver has tried his best to rearrange the routes so that he can return to the same spot in Ohio where Ashes was last seen. However, the cat was nowhere to be found. 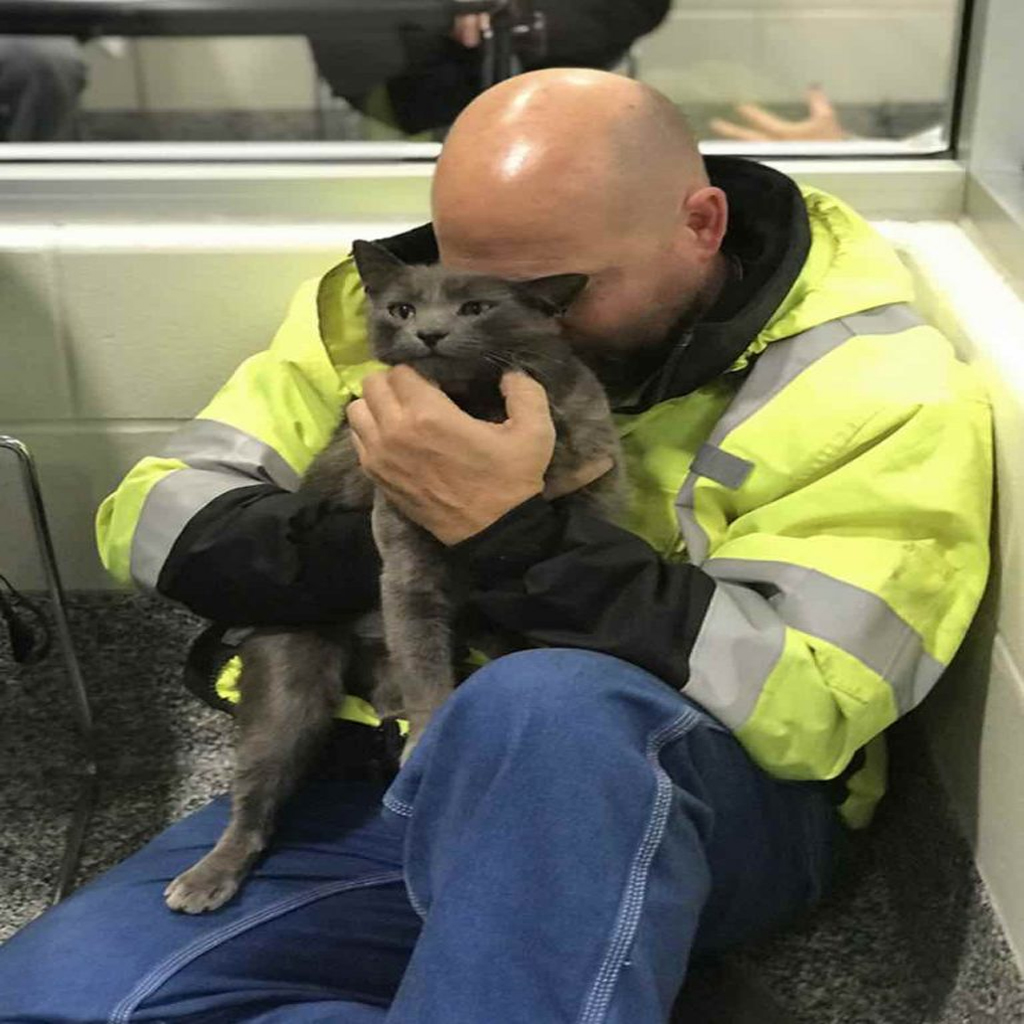 When Matthew probably thought he would never see Ashes again, a kind passerby spotted him. A woman named Kimberly T. notices Ashes in 13 degrees Celsius weather looking for the attention of a stranger. “He was trying not to put his feet on the ground, it was very cold,” she said. The woman put Ashes in her car and drove him to an animal rescue organization called Lollypop Farm. 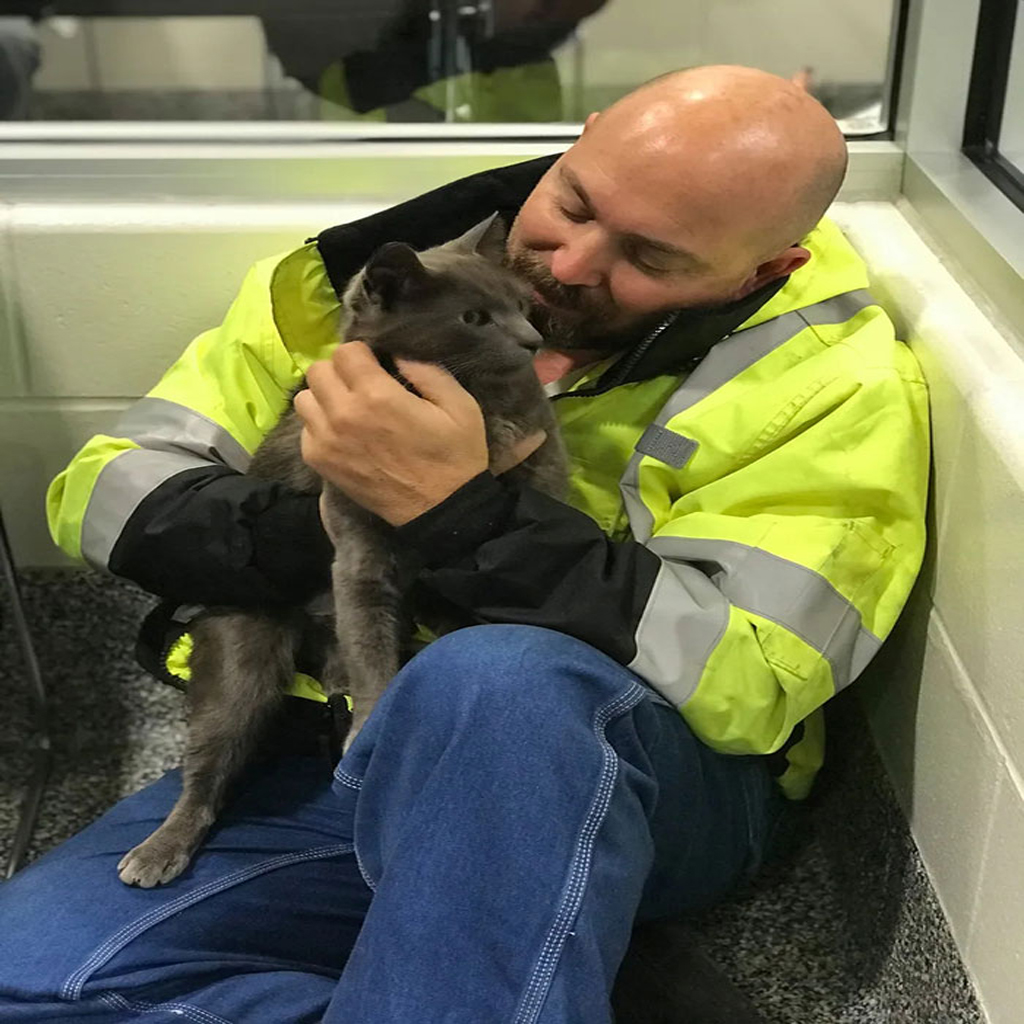 Luckily, Ashes has a microchip that helps track down Mathew. Employees were shocked to learn that Ashes was 1,465 miles away from home.

“Our admissions team immediately scanned the microchip, like they do with all new pets. Not only does he have one, but an owner has registered him to a Texas address more than 1,465 miles away! This is a cross-country cat,” the organization said. The missing cat was given to an animal rescue organization called Lollypop Farm and returned to Matthew after they scanned the cat’s microchip. 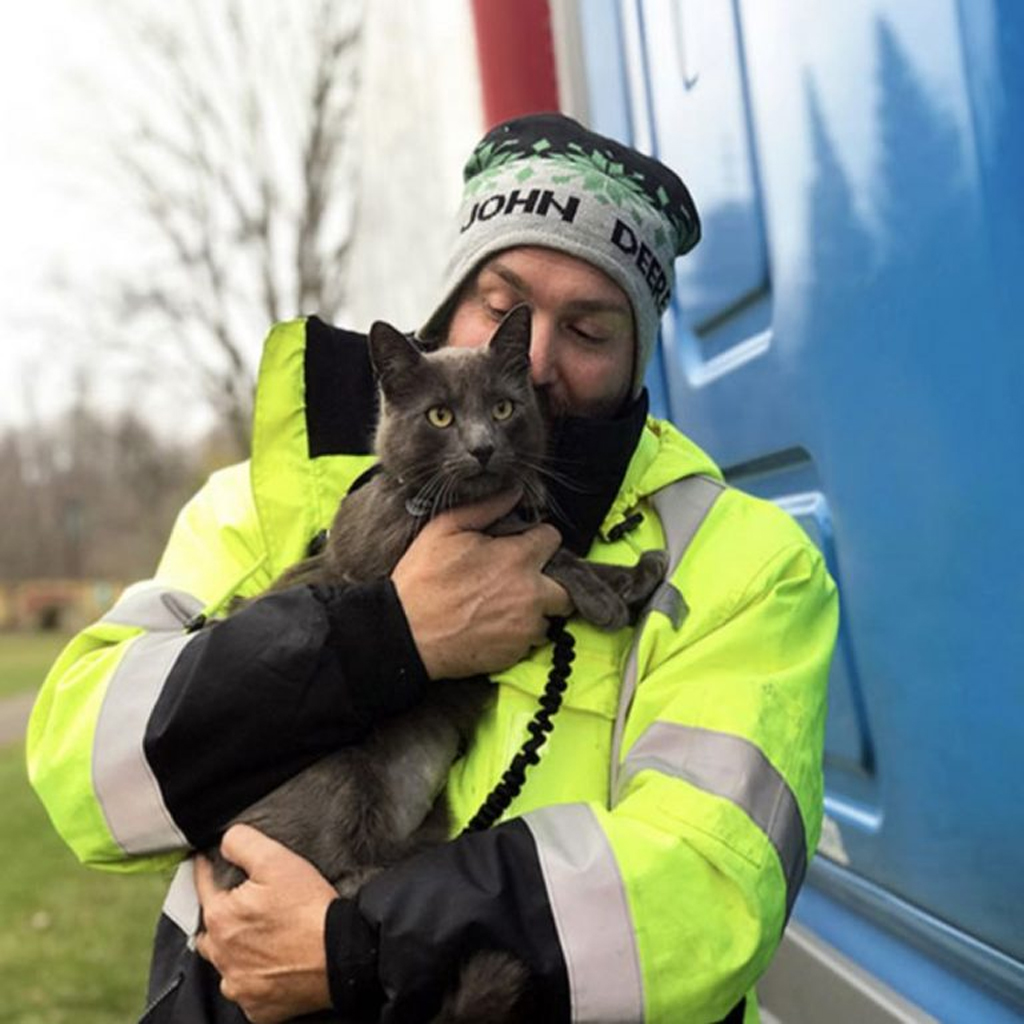 Matthew was relieved to know that his beloved cat was unharmed. During the reunion, he burst into tears as he hugged Ashes and called it his “Christmas miracle”. 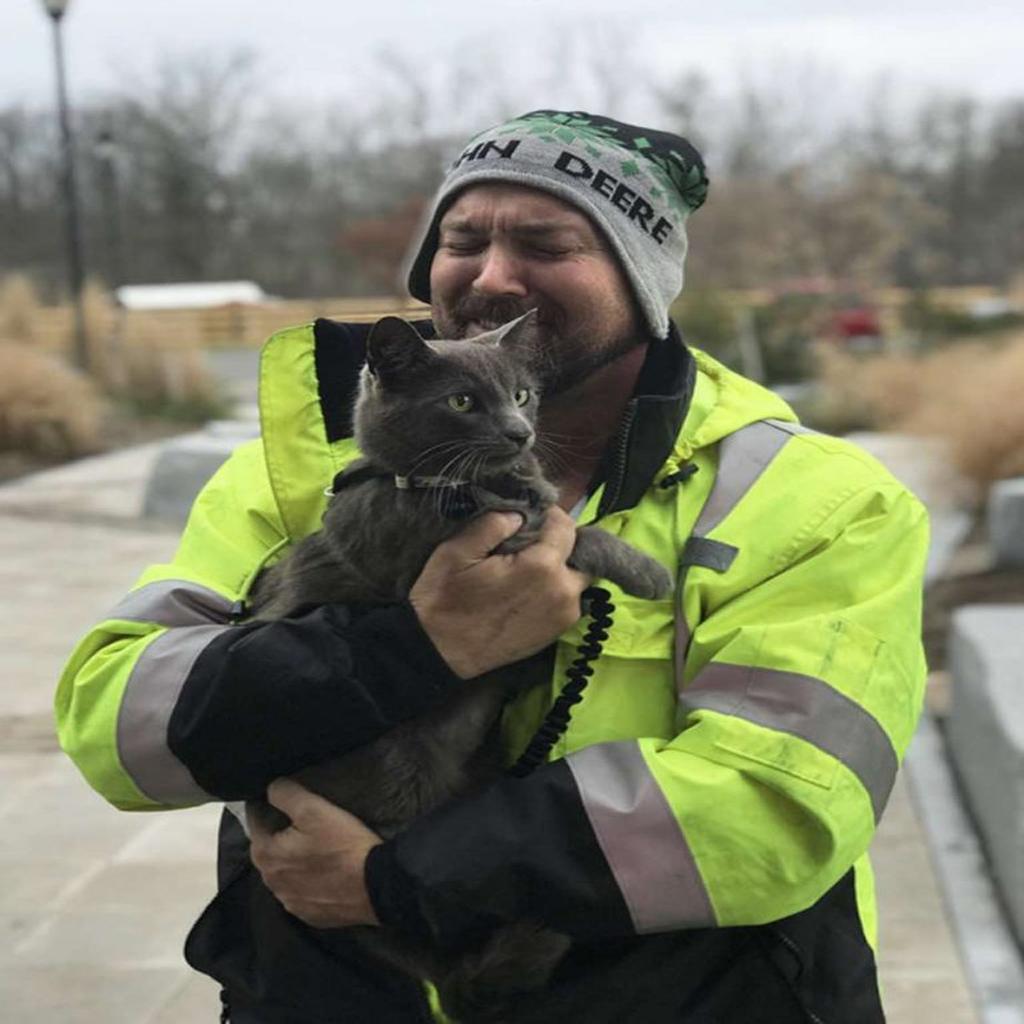 Ashes jumped gently out of Matthew’s arms and into the truck, back to his favorite seat. The folks at Lollypop Farm couldn’t be happier to see this adventurous cat reunited with his owner and back on the right track. And so are we!