What could possibly be cuter than two completely different animal species befriending each other and seeing them interact?

A tiny little pup named Frenchie was just taking a nice, quiet walk around with his owner on Wall Street, New York when they came across a rather large police horse. But instead of getting startled by the horse who is of course much bigger than him, Frenchie decided to stop and get to know the majestic-looking animal a little better. Soon enough, the two became friends. 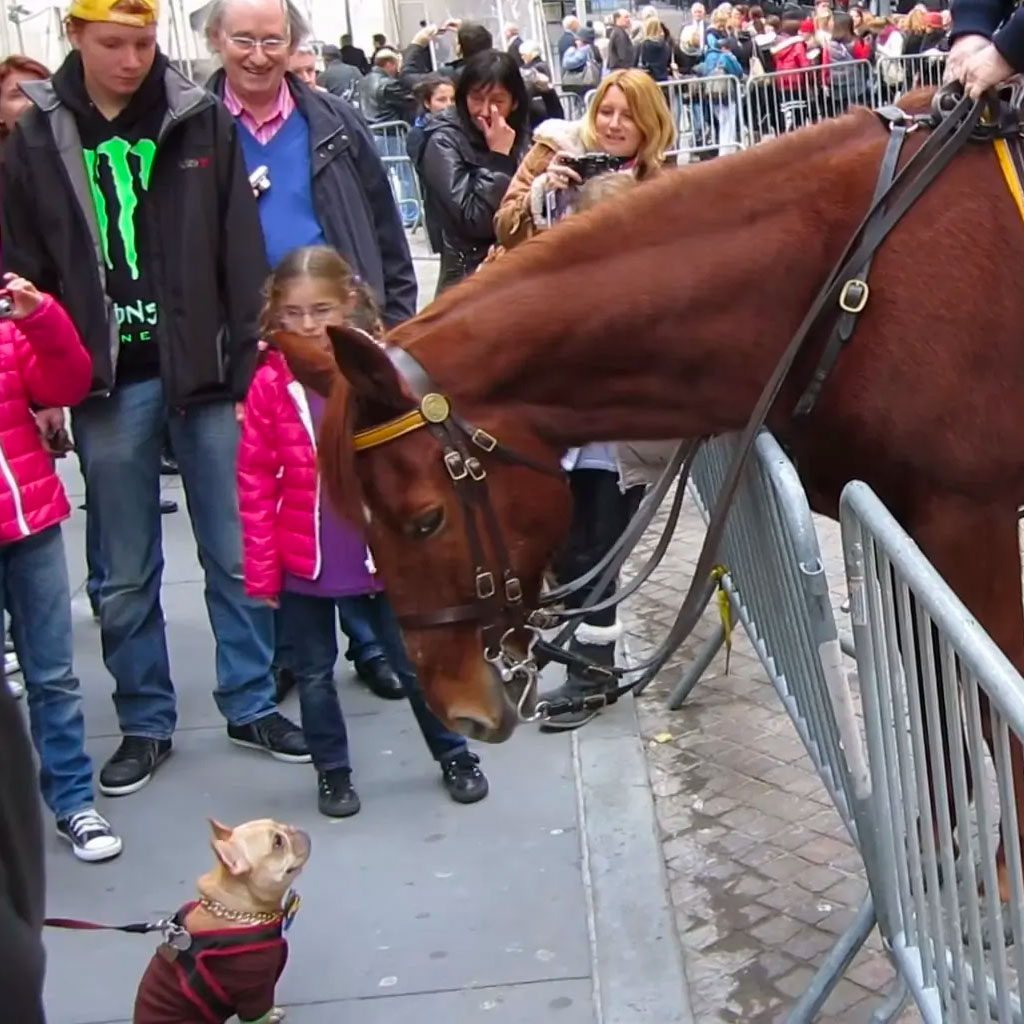 How can we know? Well, they started showering one another with kisses in a display of affection that is going to put a huge smile on your face. 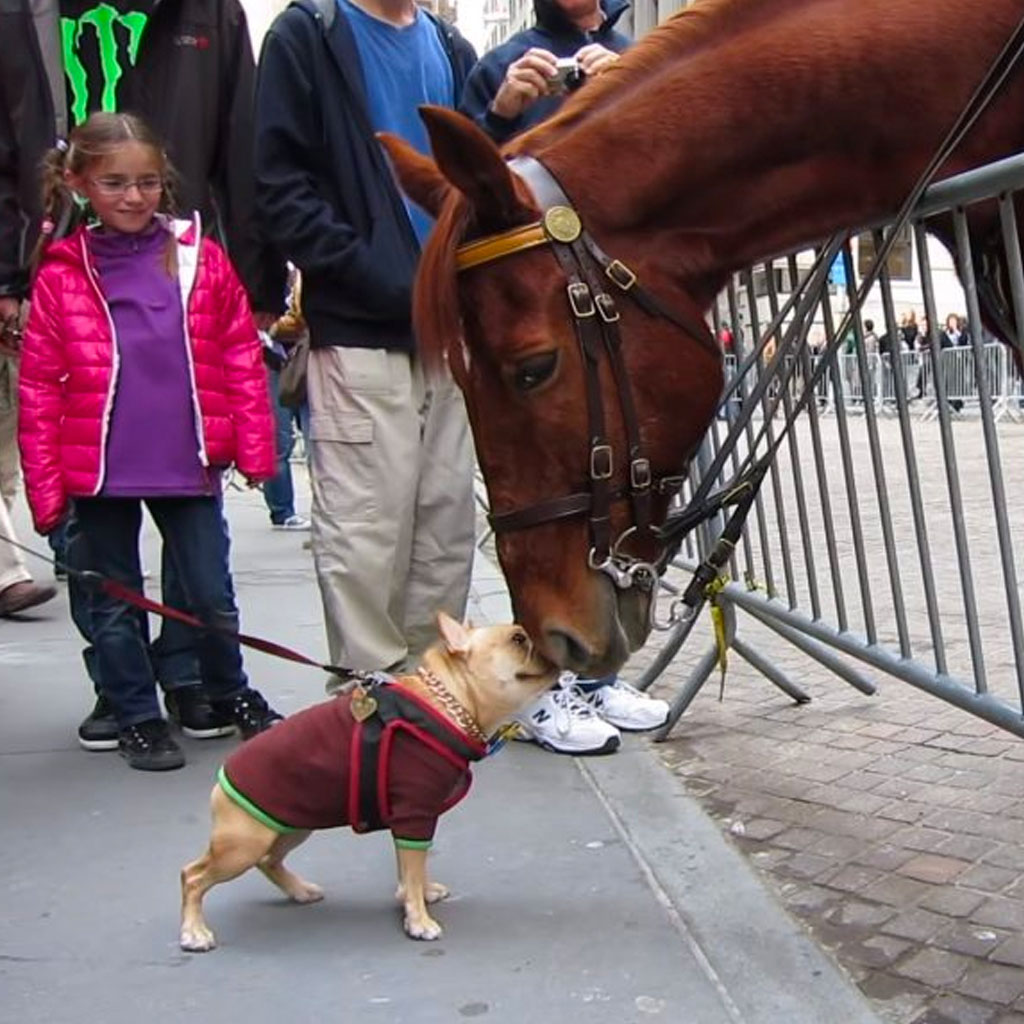 Police were active in the area because of the Occupy Wall Street protests, and slowly people noticed Frenchie and the horse interacting with each other. In fact, they even managed to draw a small crowd.
The adorable French bulldog definitely wanted to spend some time with his new friend and stared at him in pure awe. He is happy play as he jumps and runs around in sheer excitement with his new friend.

On the other hand, the police horse remains a lot calmer, but can definitely appreciate the actions of his new four-legged friend. The horse looks somewhat intrigued and amused, but since he was on active duty, he remained strictly professional. It’s an amazing mix of emotions and proof that friendships have no boundaries.

Although the horse police officer was calmer than Frenchie who kept jumping up and down in an effort to get as close to him as possible, it’s obvious that the horse enjoyed the dog’s presence there as well. It’s an amazing display of love and cuteness that you truly have to see for yourself.
The two new friends share some sweet moments together, and a shot of the two going nose to nose with each other is particularly heartwarming. The little pup is overly enthusiastic and people in the area were laughing out loud. “That’s so cute,” one woman who passed by said.

“I saw this on my walk back to the office from lunch. It was a nice contrast to the perception everyone has of the NYPD in the area due to the Occupy Wall Street camp nearby,” the video description reads.This is one of those adorable videos that you’ll instantly want to share with all of your friends and family online!