Maternal love is one of the most beautiful things that happen to our world and it’s also widespread in the animal kingdom. Yes, just like humans, animals deeply care for their offspring too. Even though they are just some strays wandering on the streets with no safe place to head to, they still love their babies with everything they have.

She lived in a box under a car with her puppies. She was clearly afraid of humans, maybe because of some terrible experience in her past. 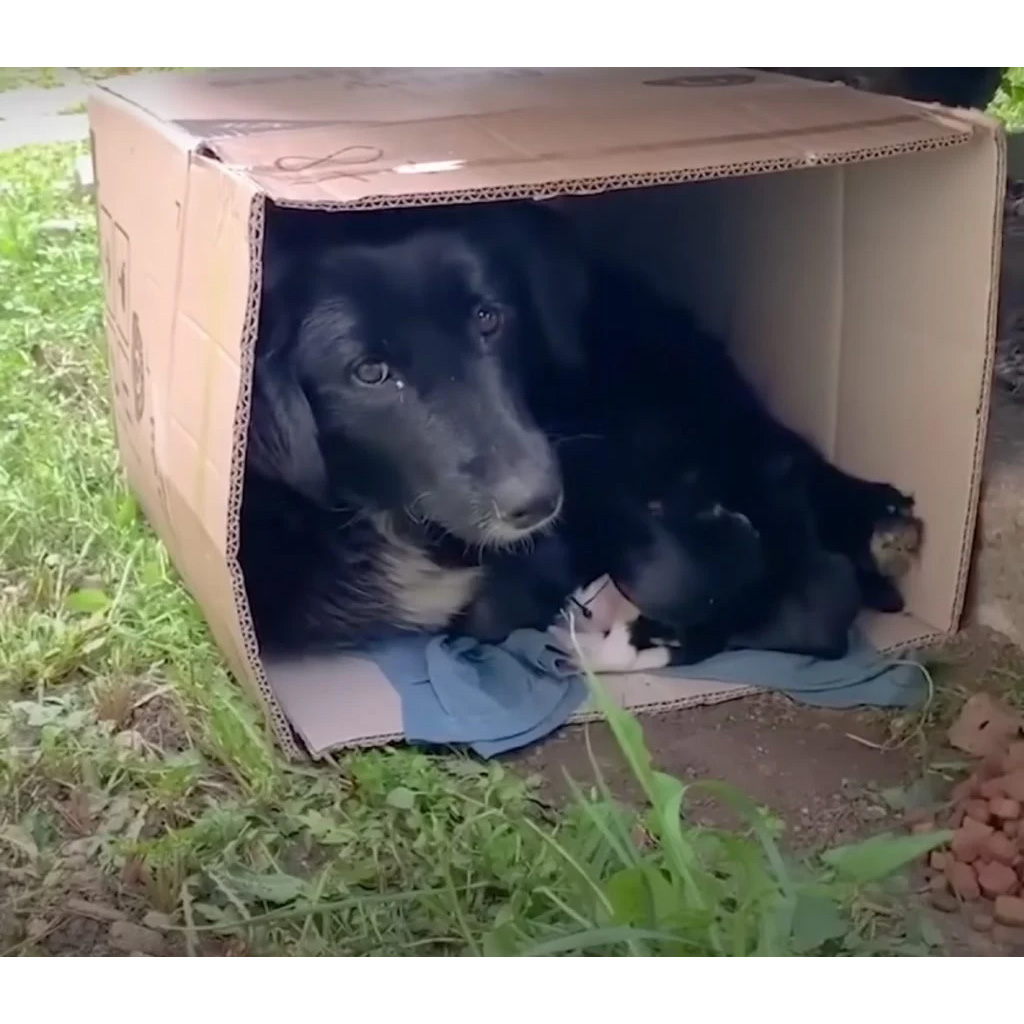 A few kind residents nearby intended to help, but she didn’t want anyone to approach her. It’s not easy to approach a dog for the first time, but he took his time to show them that he did not mean any harm and her puppies and only accepted a little of their food when she was really hungry. 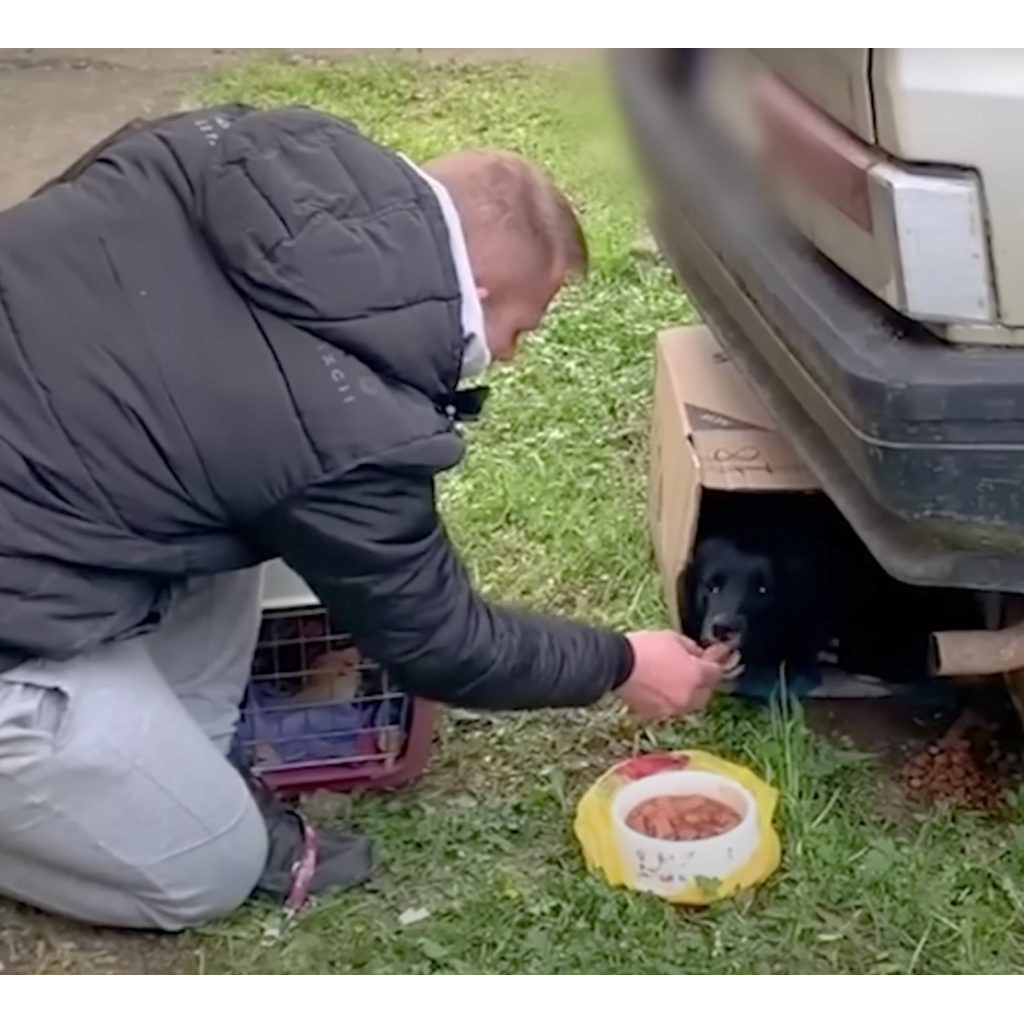 Eventually, the residents decided to call a local rescue to see what they could do. 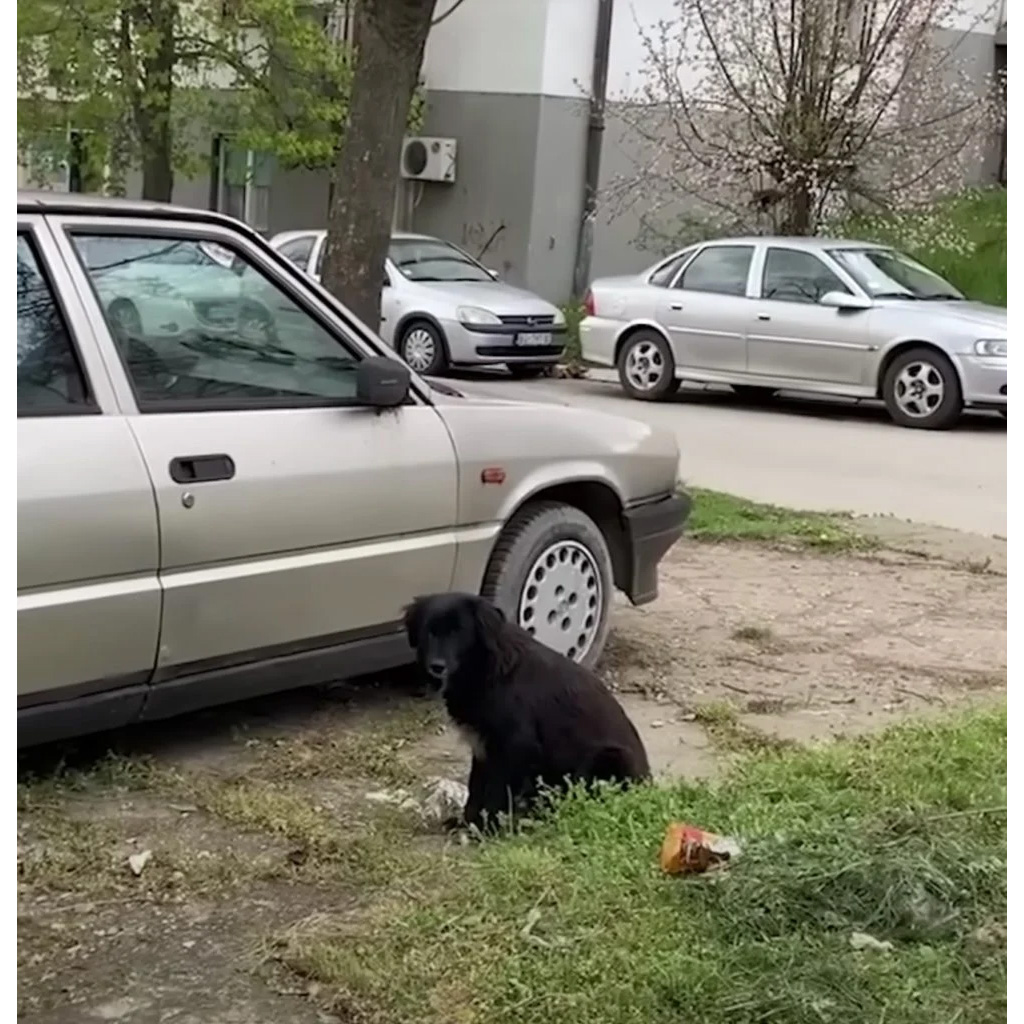 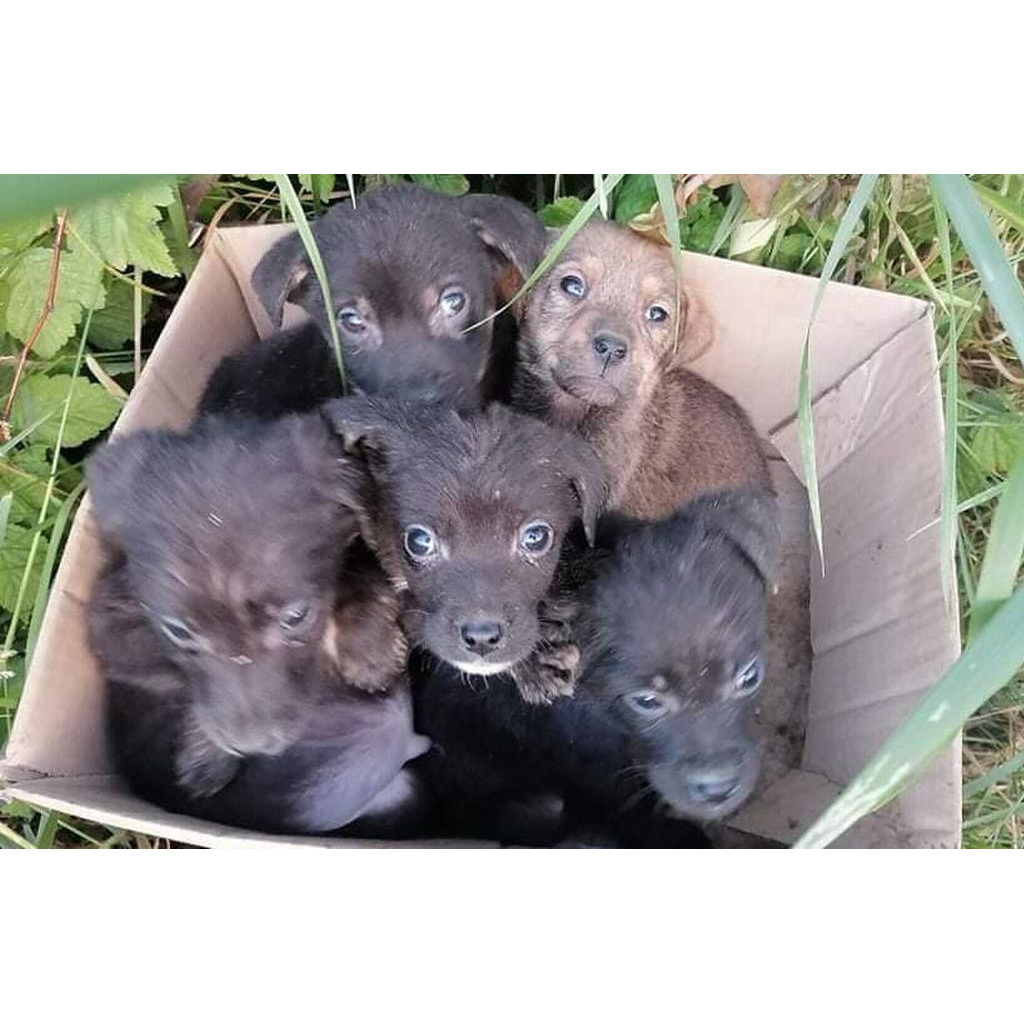 Milan Stojanovic – the founder of Dog Rescue Shelter Mladenovac, Serbia quickly drove over to their home after hearing about the pitiful dog, and he was amazed by what he saw. 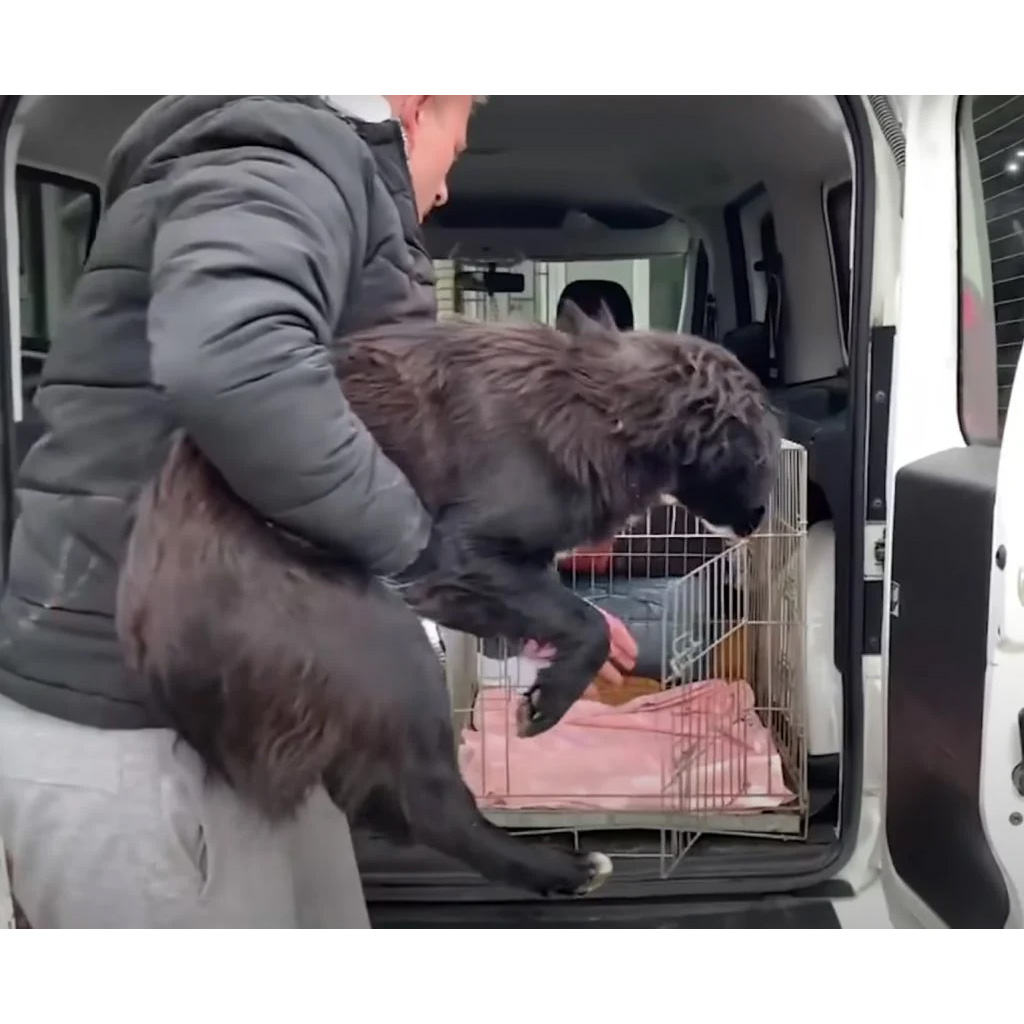 “She was very scared and brave at the same time. She took care of her six babies in such a small cardboard box. She is such a good mother,” he said.

She started eating and took food straight from his hand, a sign that she was starting to trust him.

After she was satisfied that her pups were fine, she lay down again under the car. The man gently approached her.

After petting her for a while, he finally scooped her up in his arms and brought her to a waiting van.

“We are all dog lovers and against cruelty – we just wanted to make a difference.” 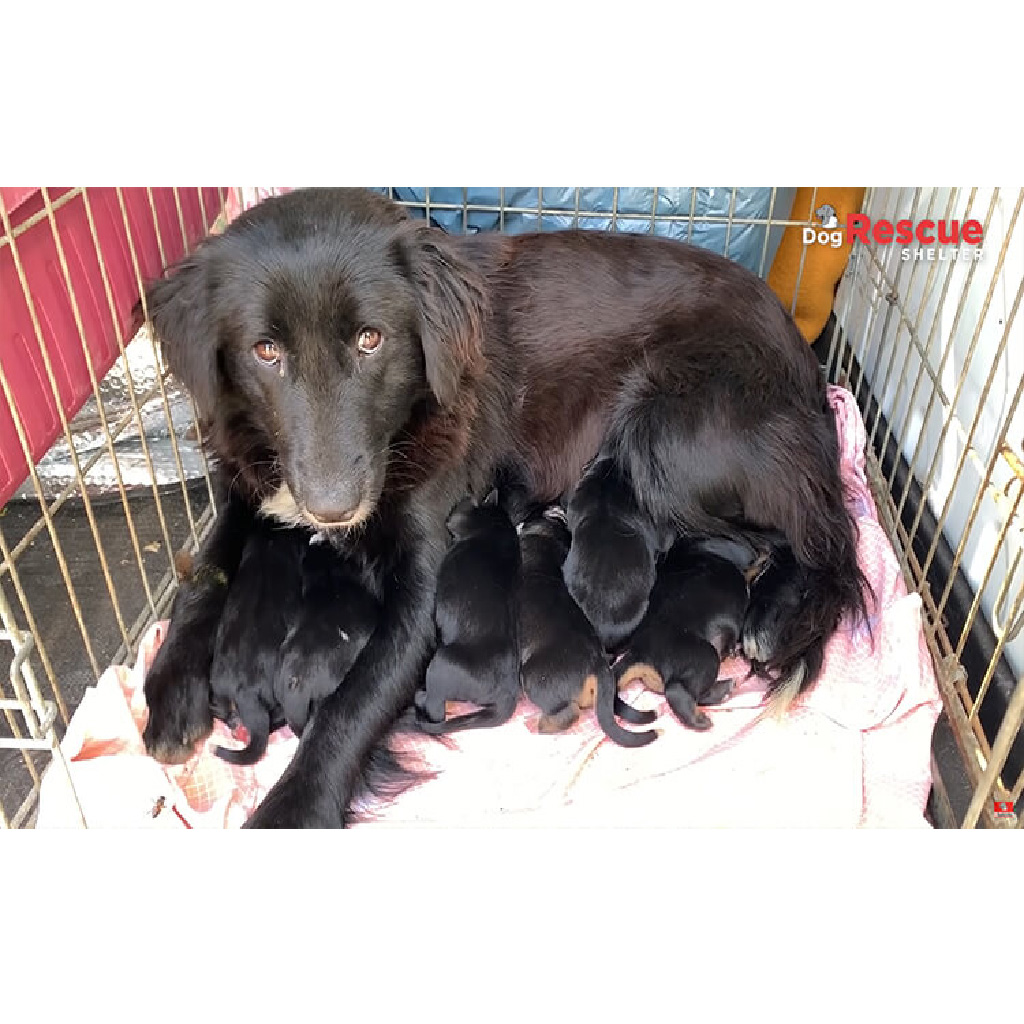 He carefully transferred the puppies and reunited them with their mom in a bigger kennel. The pups began to nurse again, happy to be with their mom again.