A stray pup proved dogs don’t need to have owners to be man’s best friend, as it interrupted a live performance to help an actor it thought was hurt. 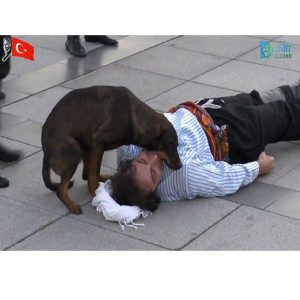 During a recent theatrical performance in Turkey, the script called for actor Numan Ertuğrul Uzunsoy’s character to get hurt — but, of course, it was all pretending.
The adorable reaction of one furry audience member that day, however, was not. The audience was expectant, watching carefully every movement of the actors. While the speaker was recounting the scene, the little dog approached and ʟᴀʏ ᴅᴏᴡɴ on the man, to give him all his love. “The character I played was injured and in a lot of pain. He had fallen and was breathing hard. ” The actor said.
Realizing the truth, Uzunsoy face gave way to a smile. “I was very happy when I felt the dog’s kisses,” Uzunsoy said. “I was very touched. He was like an angel who wanted to help me. It was a very emotional moment for me. I was not expecting it.” 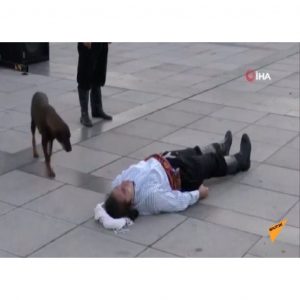 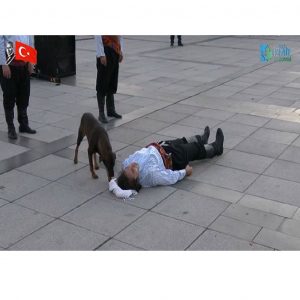 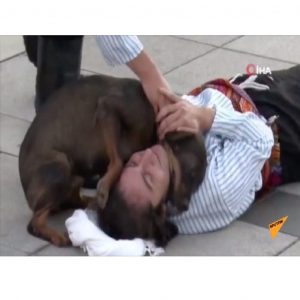 No one seemed to mind that pause in the action. Rather, the reaction to the pup’s interruption was quite the opposite.
“My castmates loved the dog, and the audience was very happy,” Uzunsoy said. “Everyone cheered.” Everything ended with laughter and with the classic “awwww”. And the dog reacted happily as if it was a game. Everyone was charmed by the pup’s sweet attitude.