Each dog has a different fate, not all are loved, have a home, and are fed every day. The dog from China below is a wandering animal, so hungry that strangers give instant food to tears. 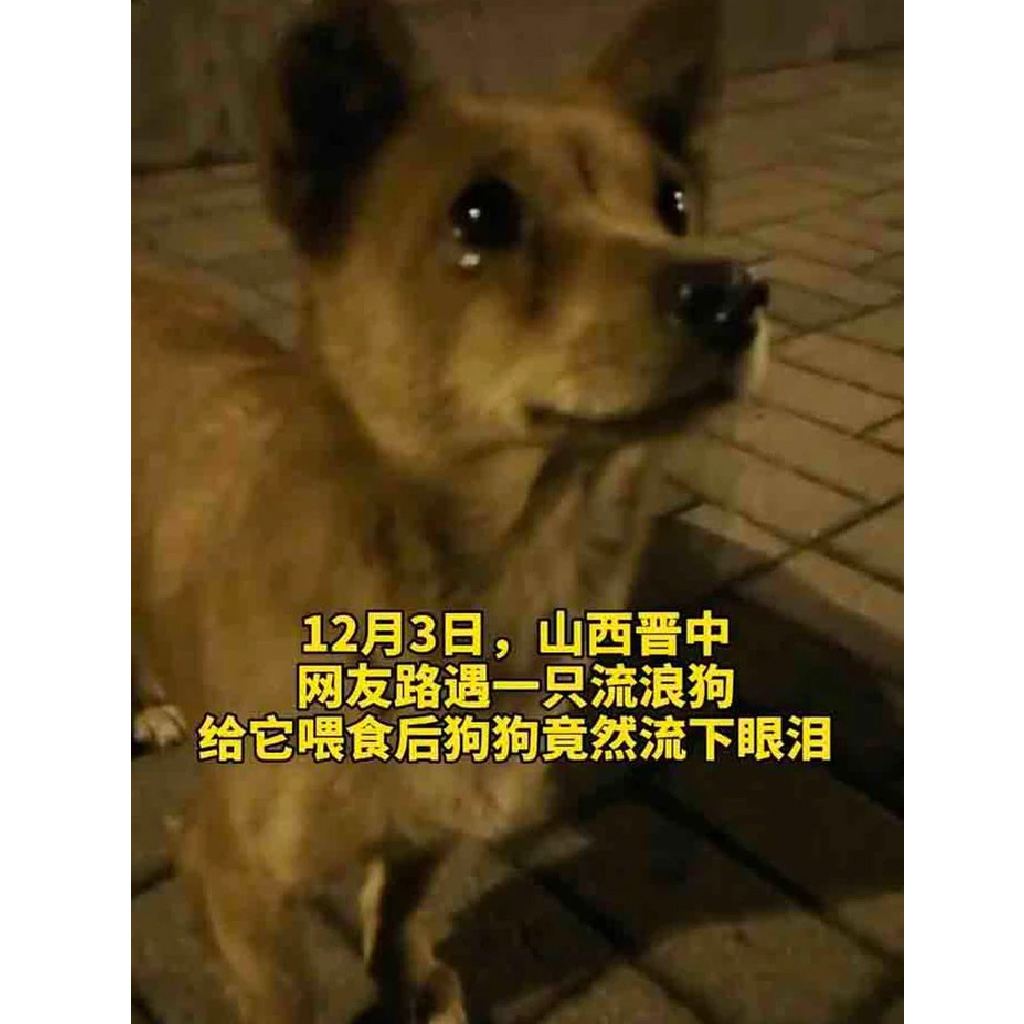 Recently, a woman in China posted a clip recording her meeting with a stray dog ​​at a park in Jinzhong city, Shanxi province on social networks. Millions of people watched the touching story and it also became a widely discussed topic on many Chinese news sites. The image of a happy dog, with its paws, clasped in front of them, bows when someone gets off the car to feed. 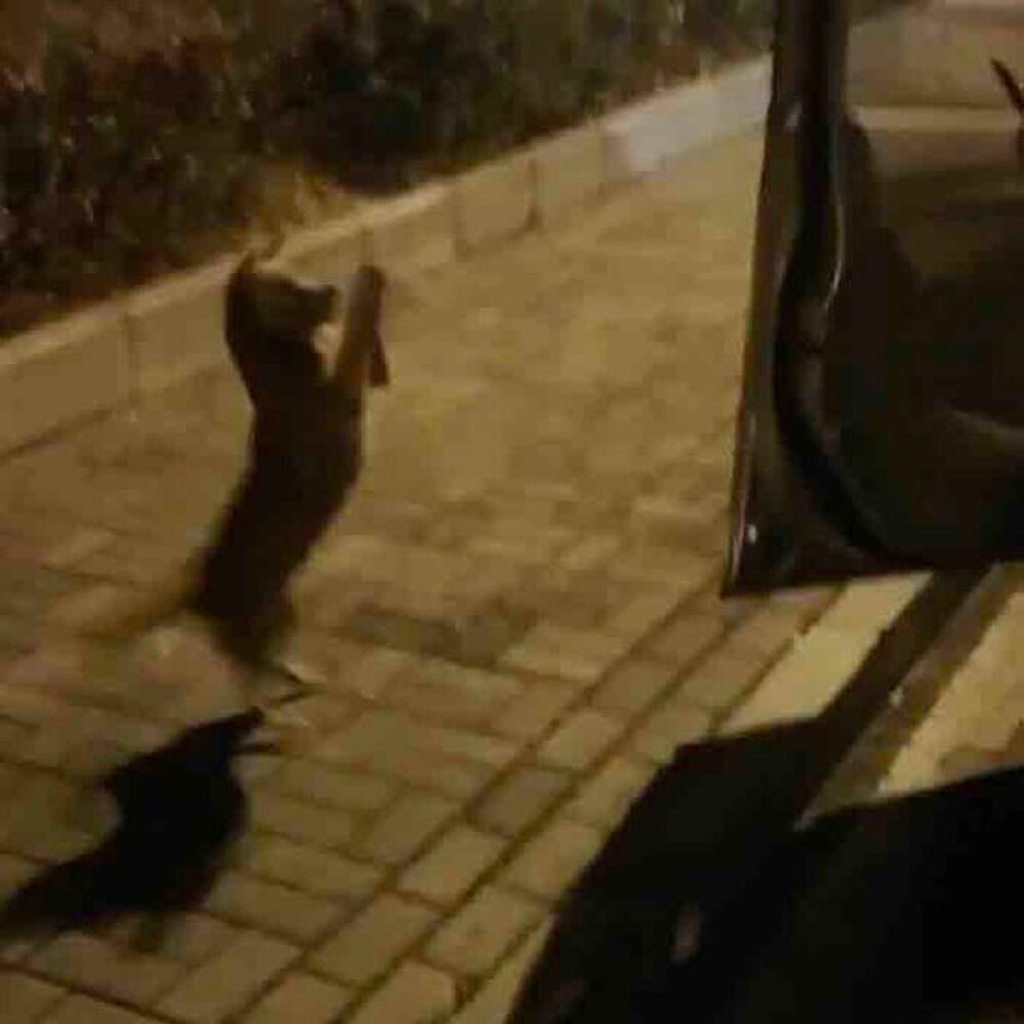 Another part of the clip sees the woman return to the park to check on the dog, with it recognizing her and coming over to greet her. And as soon as she offers it another treat, the dog starts to get a bit teary once again. It even stood up on its hind legs, the front legs continuously making movements like bowing. The animal’s expression of joy but also a bit of pity made the spectators extremely moved.

Sharing with Xiaoxiao Morning Post, this woman said: ” I and my friends were on the way to a park when we saw the stray dog,” she told the publication. He started crying when we gave him food and I tried to put him in our car one time, but he refused and jumped back on the street. The dog feared that we would grab him like the dog snatchers because that’s what they would do – luring the dogs to the minivan with food before fleeing.”

After letting the little doggo, after a while on December 23, she returned to the park again, but this time, the animal was nowhere to be found. The woman has searched everywhere but still has not received any news about it, so she is planning to ask the street sweepers as well as the people around. 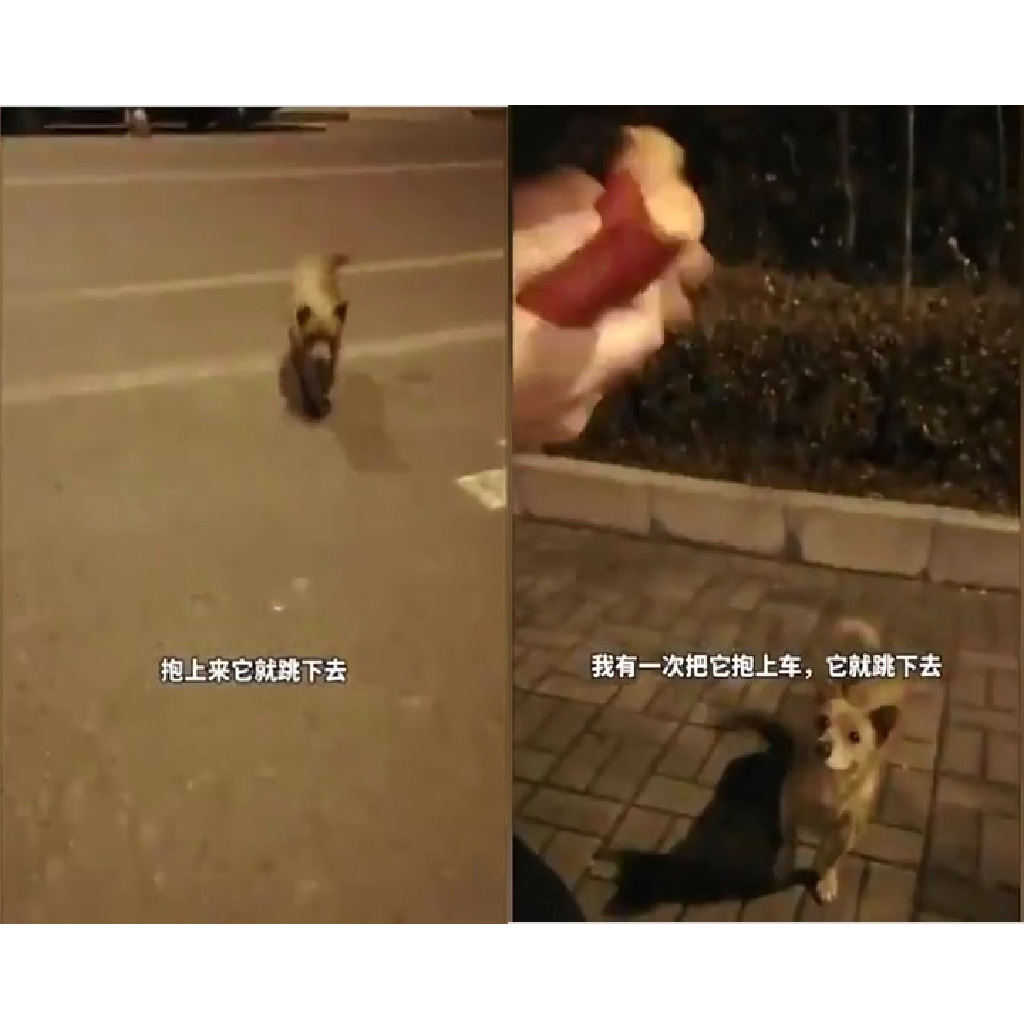 Animals actually have their own emotions, knowing joy and sadness in many situations. Since the clip was shared online, it has, unsurprisingly, received a huge reaction from people, with many worried about what had become of the mystery pooch.

One user said: “Hope the dog didn’t get snatched away!”
“It’s a dog with soulful eyes. Please don’t hurt him,” another added.