You’ll need something to wipe those tears by the time you’re done reading this.
Former Geauga County Sheriff Dan McClelland recently ᴘᴀ.ssᴇᴅ after a long battle with illness.

Geauga County Sheriff Dan McClelland (ᴅɪᴇᴅ) at age 67 at a hospital from ᴄᴀɴ.ᴄᴇʀ and his partner Midge (ᴅɪᴇᴅ) at age 16 just hours later at McClelland’s home, according to the Associated Press. 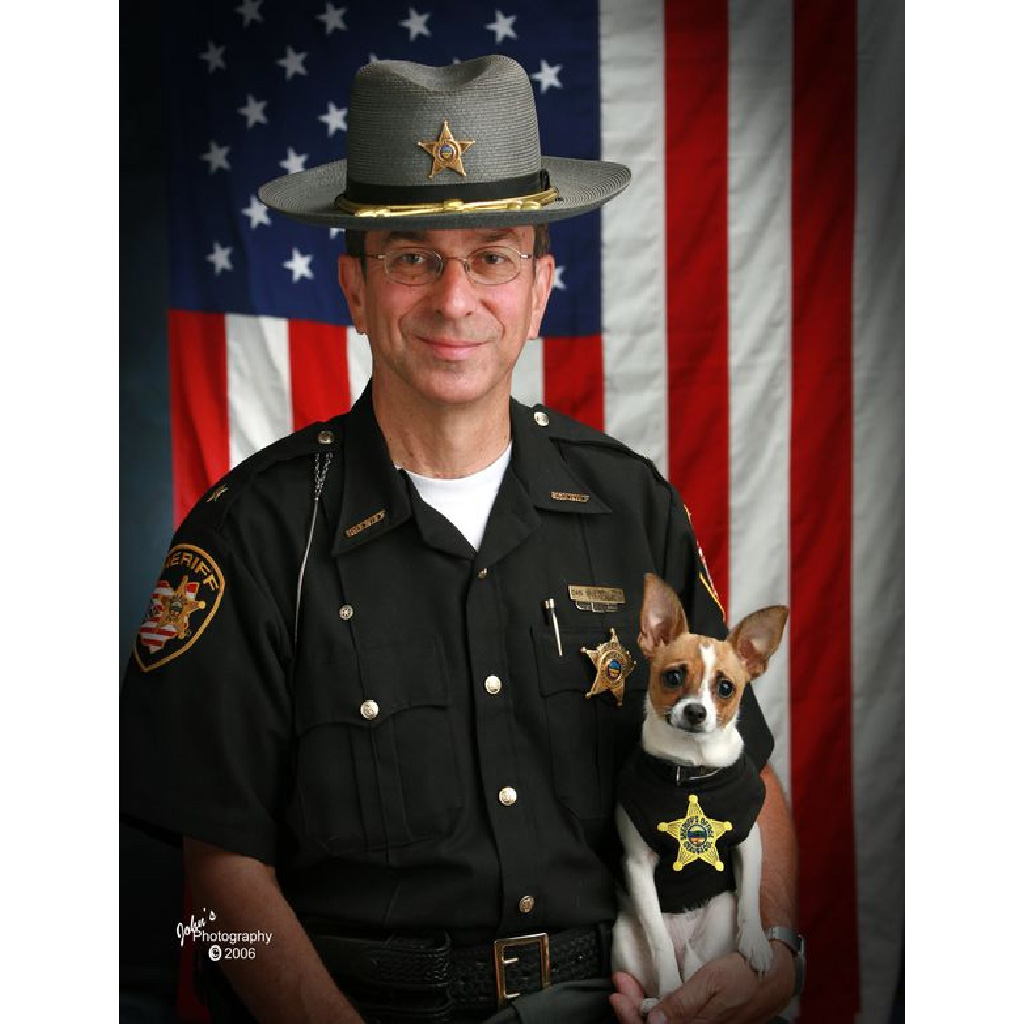 The 67-year-old retired in 2016 after 13 years as sheriff; 10 of which he spent with his beloved Midge right by his side. It’s thought that Midge (ᴅɪᴇᴅ) from a broken heart following the loss of her owner, who she adored.
McClelland and Midge were a famous duo after the Guinness World Records officially declared the Chihuahua-rat terrier mix as the world’s smallest police dog in 2006. In fact, according to Sheriff Scott Hildenbrand, who took the helm following McClelland’s retirement, he would often joke that Midge was so famous people forgot who he was.
Her size made it easier for her to get underneath vehicles and even into tighter spaces. 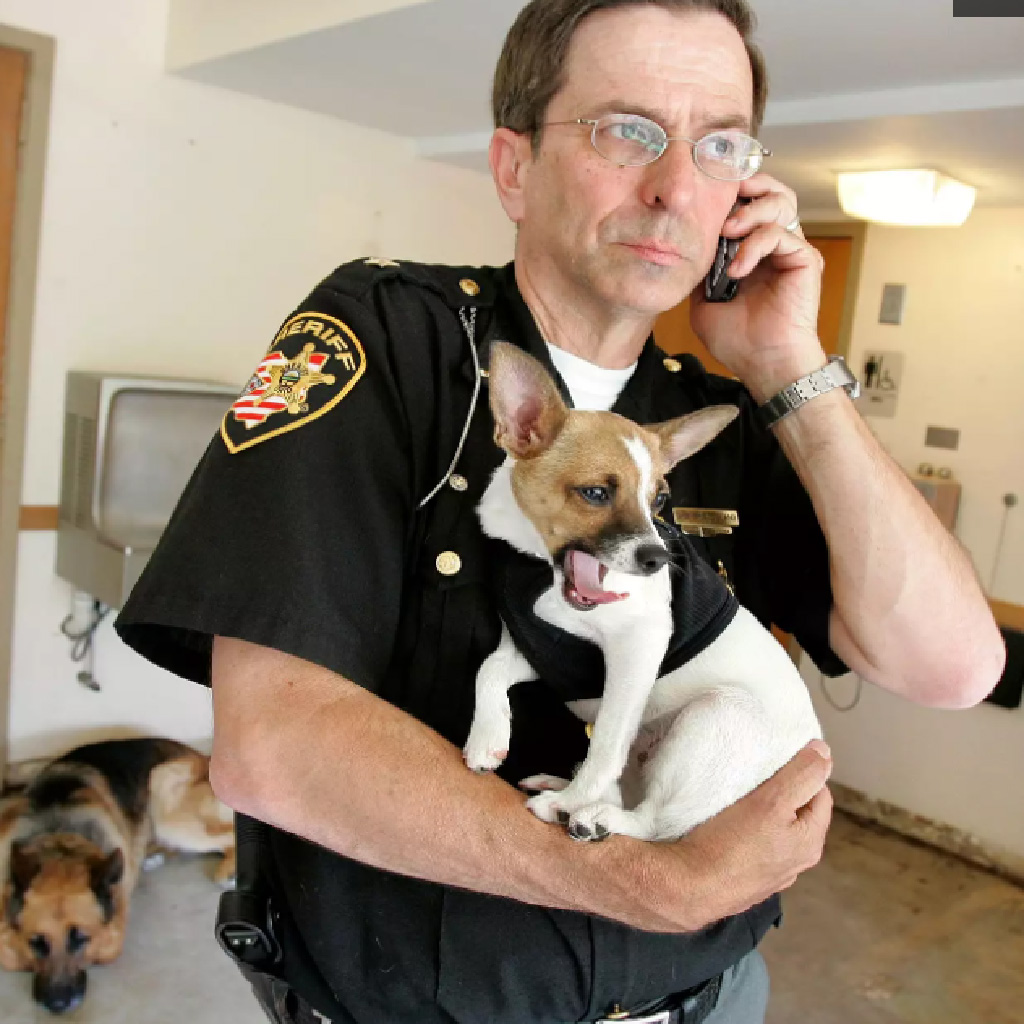 “He used to joke that people would see him in a parade in a car and would say, ‘Hey, there’s Midge and whatshisname,’ I think she was more popular than him.”

But together McClelland and Midge made an unstoppable team, with the K9’s small size and gentle nature making her the perfect candidate for searching vehicles for ᴅ.ʀᴜɢs without making a mess or tearing any of the upholstery. 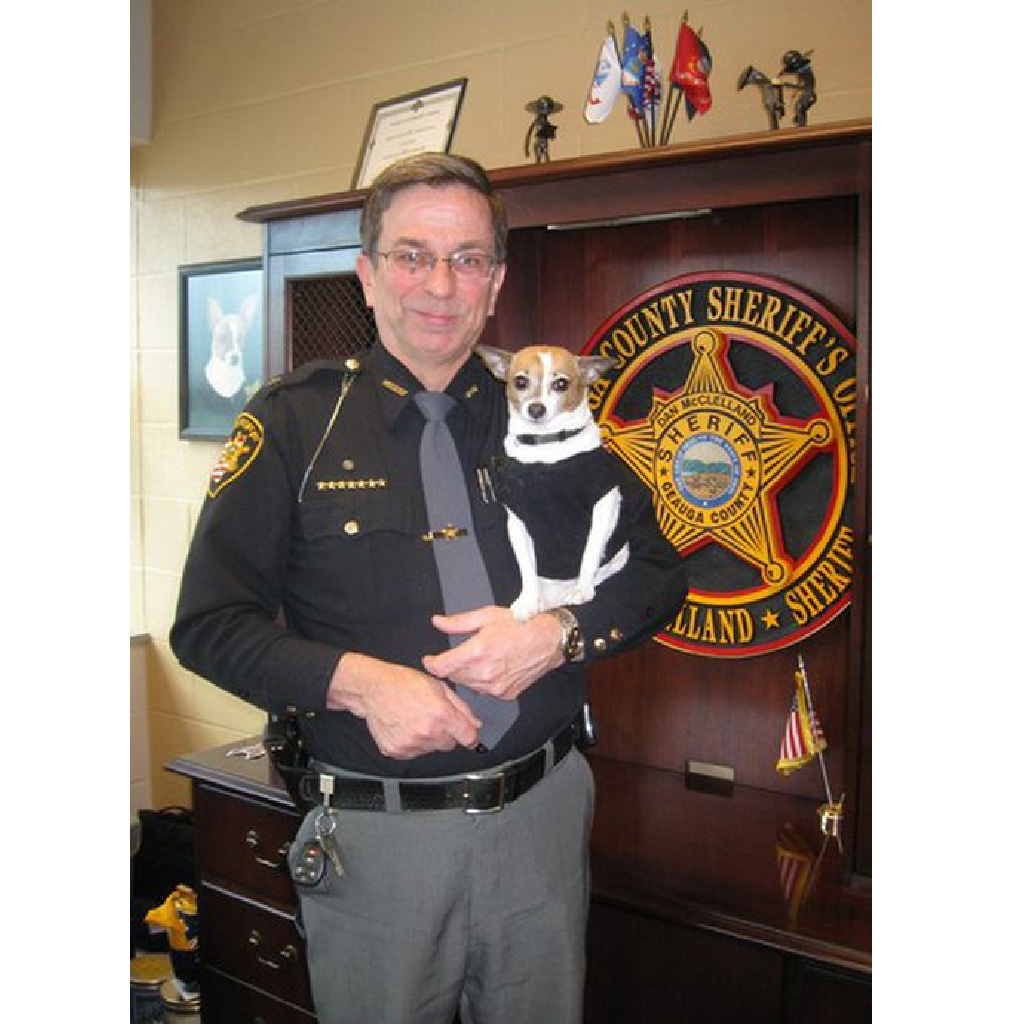 In 2016, McClelland shocked his colleagues when he announced he was retiring so he could go traveling around the US in a recreational vehicle alongside his wife Beverly and Midge.

Hildenbrand recalled, ‘He spent 44 years protecting people in this county and, quite frankly, he loved his job, every minute of it. I never thought he’d retire.’

Soon, McClelland and his beloved partner will be laid to rest together. Rest in peace to an incredible duo.