A guide dog displayed unbelievable loyalty and bravery when he saw an oncoming mini school bus driving right towards his Bʟɪɴᴅ human. 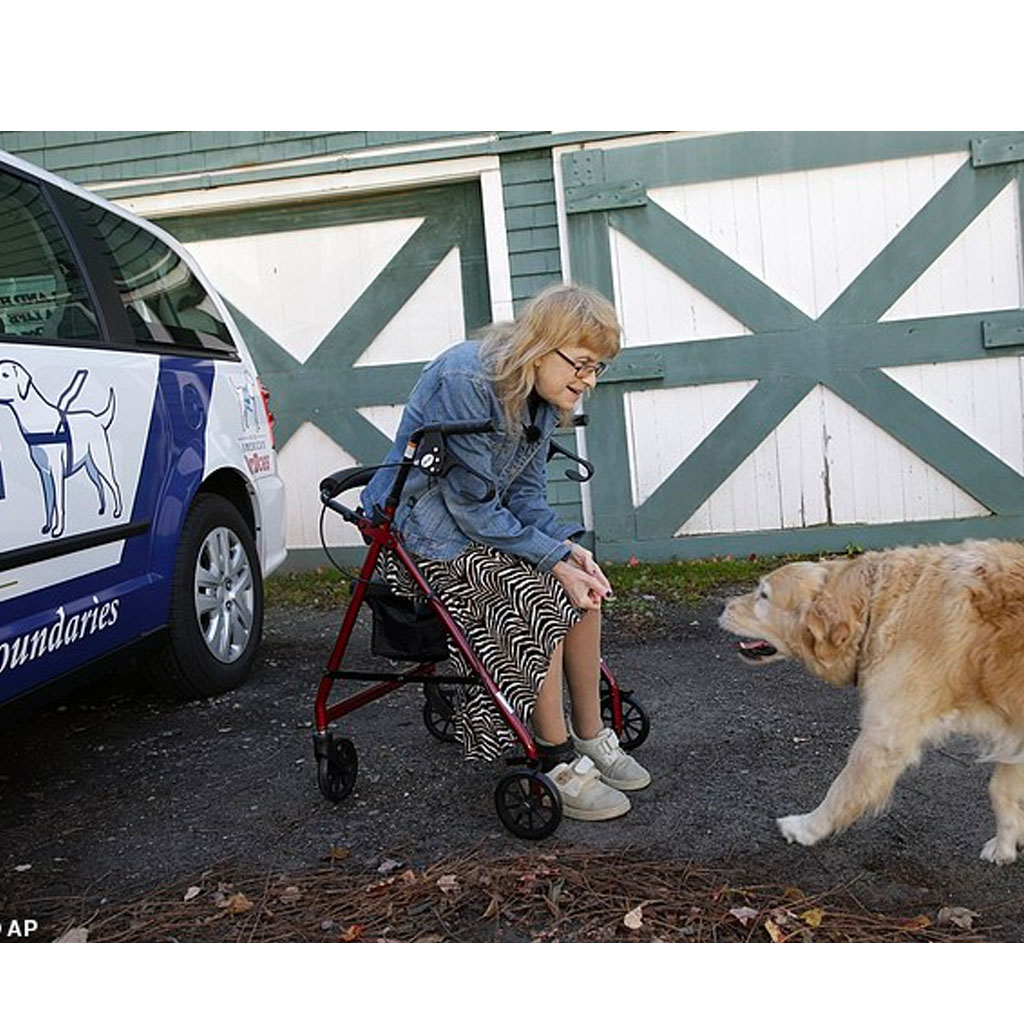 The bus driver, who has not been named, said he didn’t see the pair crossing the road at the time of the accident. The driver was en route to St Lawrence O’Toole Childhood Learning Center with two kindergartners on board. The school bus driver didn’t see Audrey Stone and her service dog, Figo, crossing the street, but Figo saw the driver and reacted by throwing himself at the closest part of the vehicle to shield Stone.

According to passersby, they saw the bus approaching and the dog immediately went to its blind owner.
Immediately after the incident, they called the police. Brewster Chief of Police John Del Gardo had nothing but admiration for Figo, saying “ The canine took a lot of the blow. And he didn’t want to leave her side. He stood right with her. He was there to save her.” 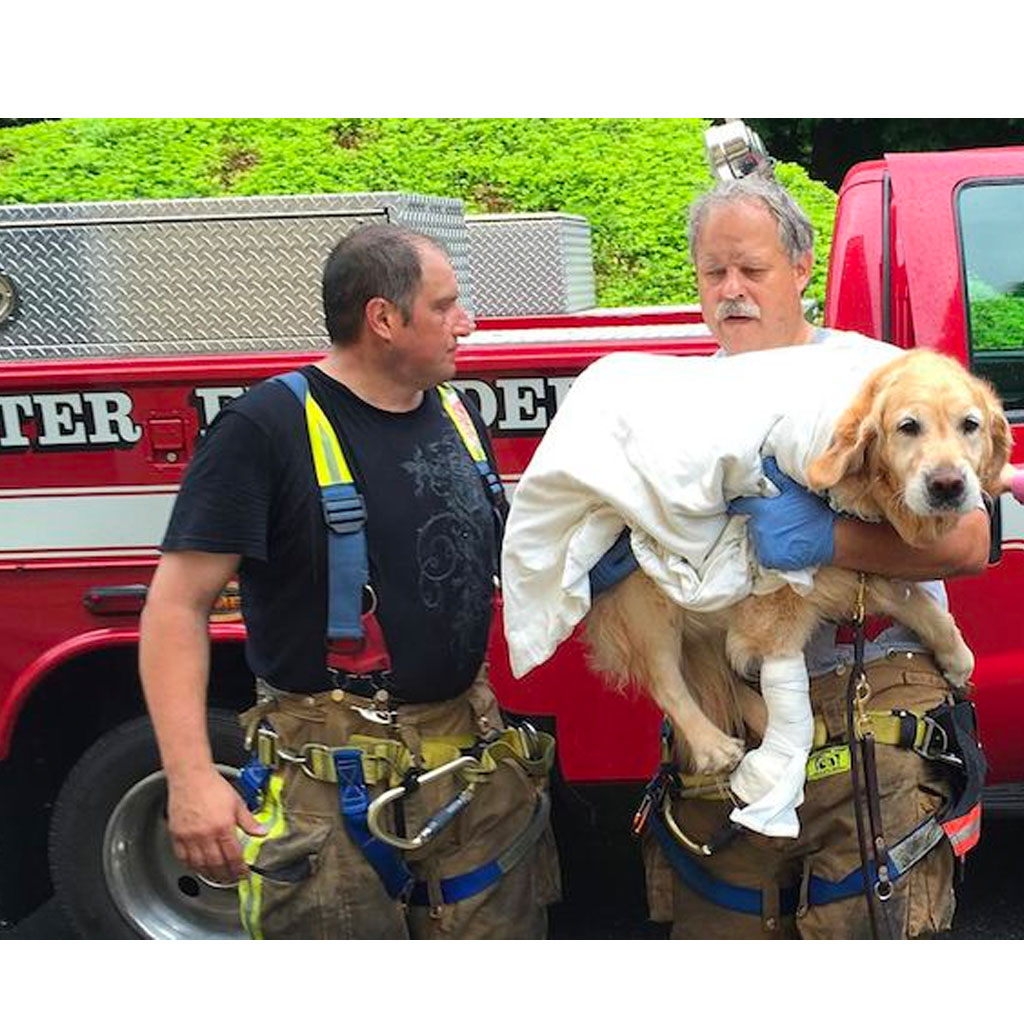 Fifteen EMTs arrived to help Stone, who ꜰʀᴀᴄᴛᴜʀᴇᴅ her right elbow and her ankle and sustained three ʙʀᴏ.ᴋᴇɴ caricatures. Throughout it all, Figo wanted to stay by her side and Gravestone called out for him constantly.

Figo had a bad rent to his right leg and EMTs swathed it. Throughout the chaos, Figo remained calm and didn’t bark or cry, despite being in egregious p.a.i.n. 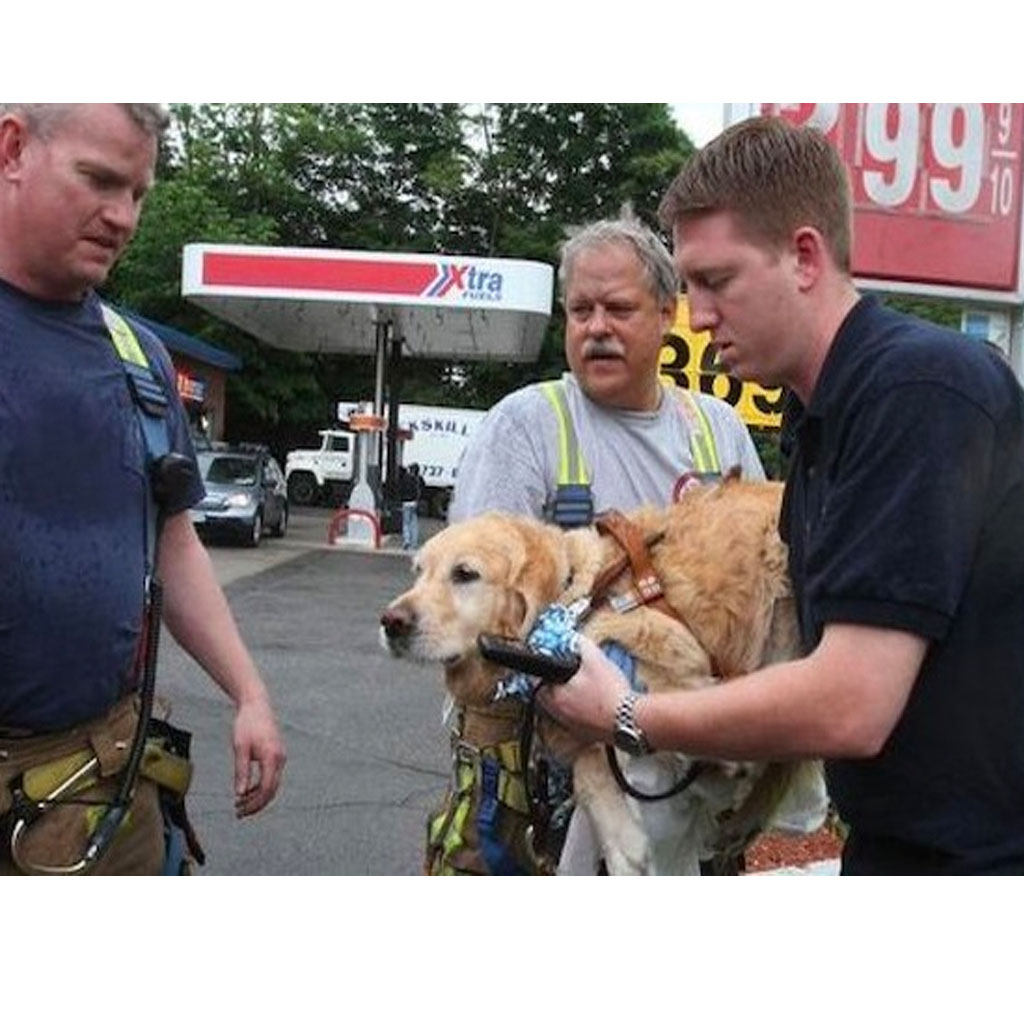 As Figo couldn’t accompany Stone in the ambulance, he was taken in the Brewster Fire Department truck and taken to the vet.
‘And then he broke away from my hand and flung himself at the bus, like Superman, he just flew, he jumped up at the bus to stop it,’ Stone told. 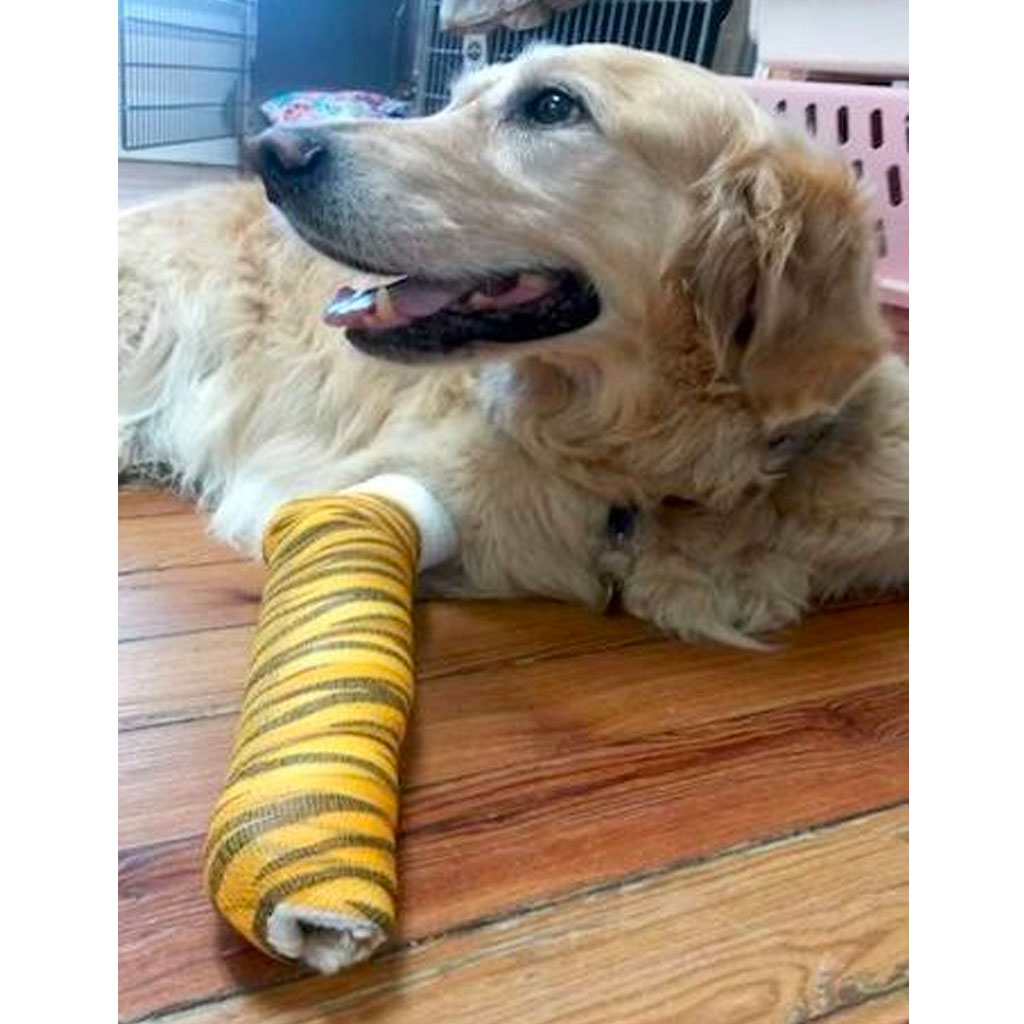 After the incident, Figo won the American Society for the Prevention of Cruelty to Animals’ Dog of the Year award for his courage. Stone told CBS New York that she was ‘glad to see him’ when the pair had their reunion Monday.
‘I told him he’s home, so he knows he’s home,’ she said. 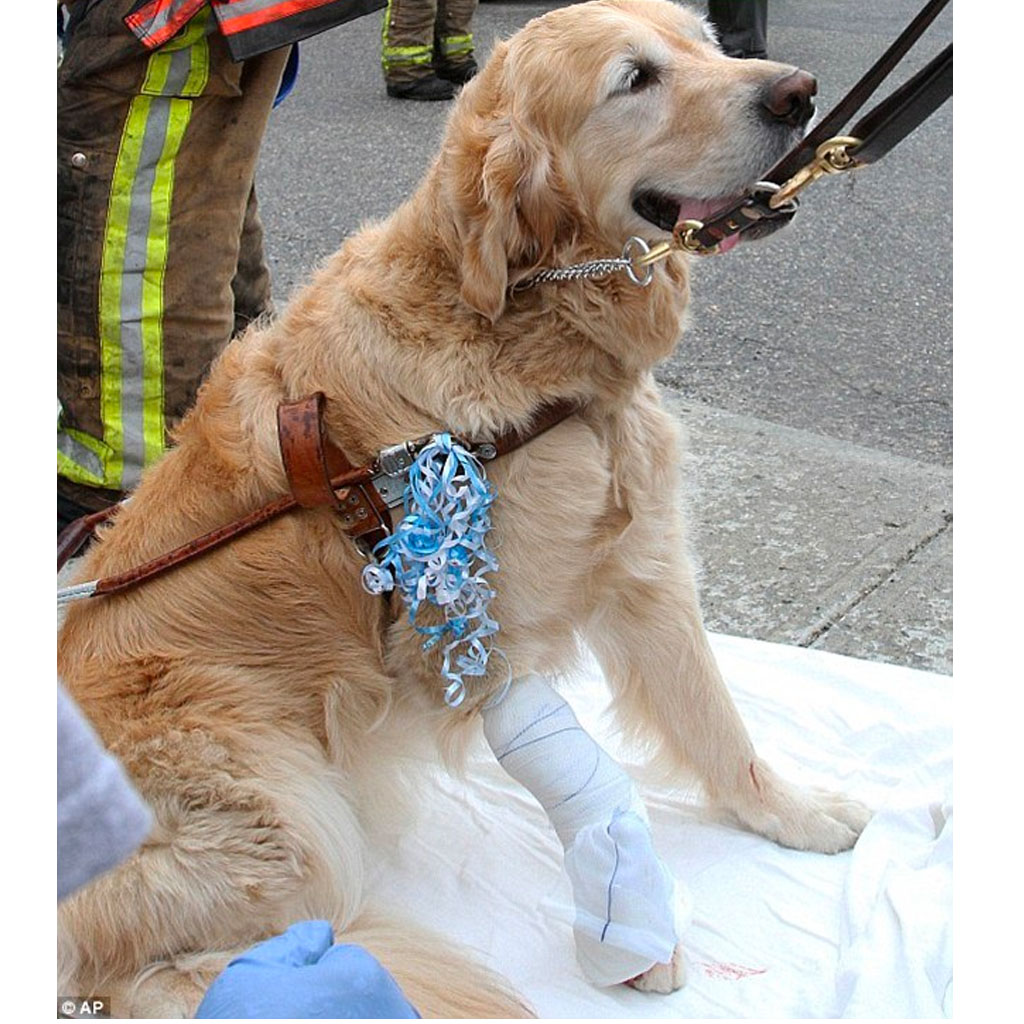