Halloween is a spooky time of year, especially if your neighbours are pros at decorating. But pay close attention, everything is not what it seems!
A photo was recently shared on Twitter with the caption: “never been more scared of a dog”. 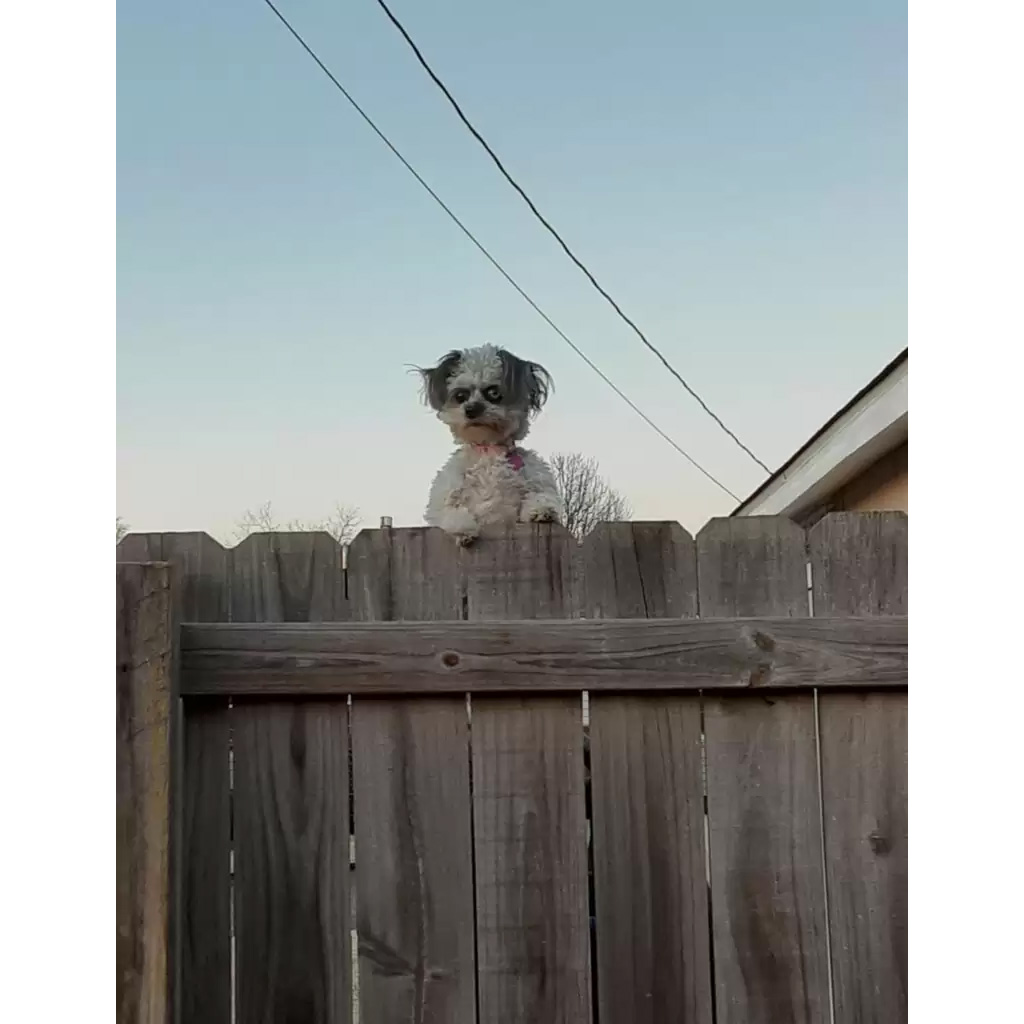 We are able to track down Junebug’s owner, Tim K., to learn about their “scary” dog and the viral pic. And sure enough, that menacing vibe people seem to sense in Junebug doesn’t align with reality. She’s actually a perfect angel.
Tim also said that Junebug is a member of their family as she is so friendly that she will not hurt anyone! “Do not judge a book by its cover”. 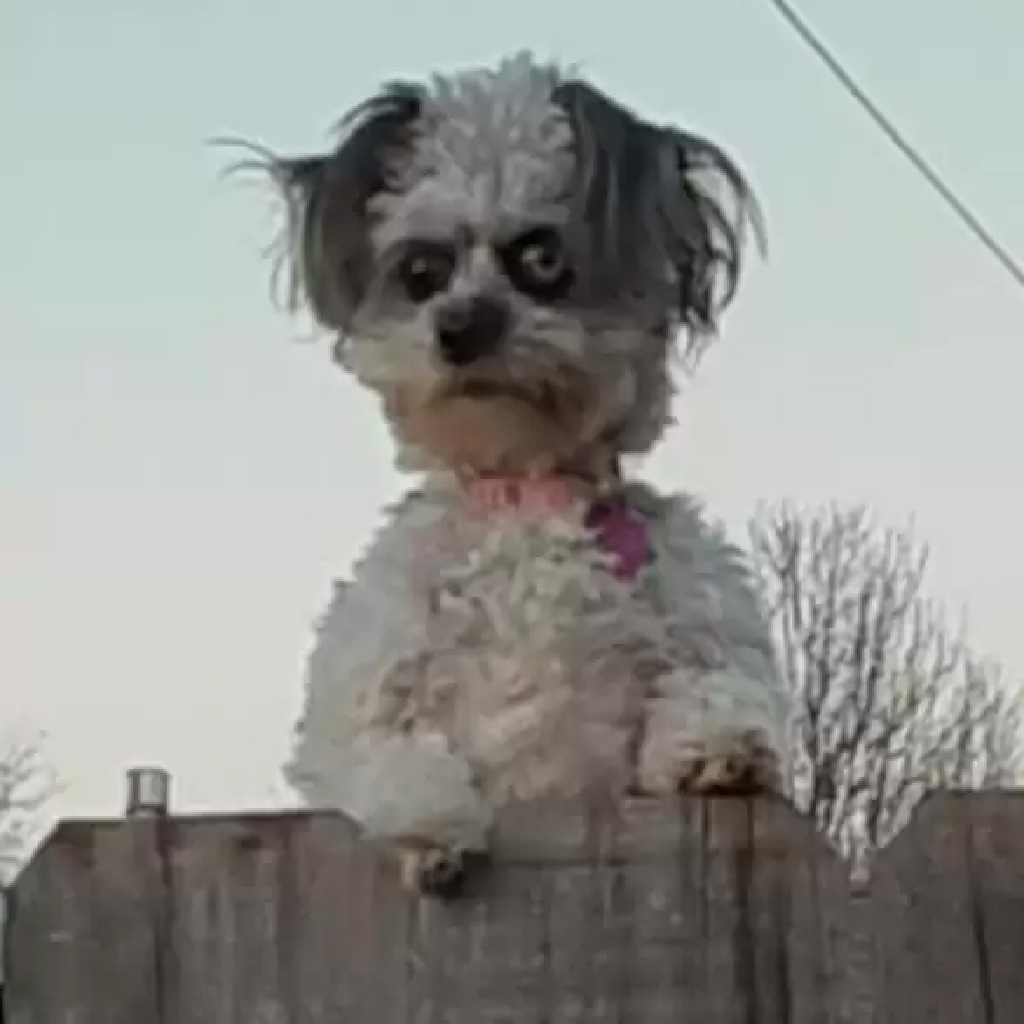 But how is Junebug peeking over such a tall fence in the pic above? There’s a sweet explanation behind that, too.

“We have a privacy fence in our backyard,” Tim said. “Every once in a while, Junebug wants to see what’s happening on the other side of the fence, and I’ll pick her up and hold her. We let her look over.”

Tim’s wife snapped the picture, which he decided to share with a dog-loving community online. 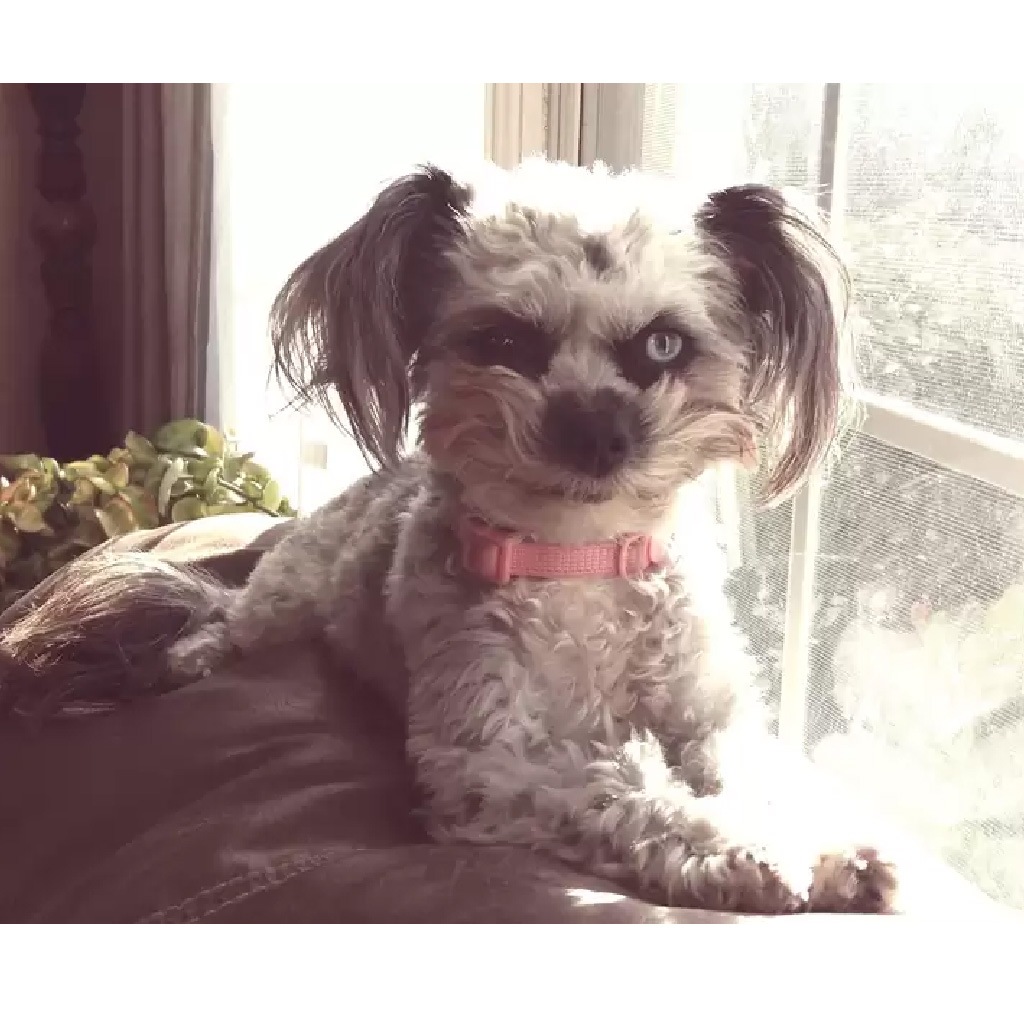 Tim and his wife never intended for the photo of their dog to go viral, or for people to think she’s scary. They know the truth, though, and are happy to spread the word about the real Junebug. “We’ve always been dog people. She’s a member of our family,” Tim said. “If Junebug knew about all of the attention she was getting, she’d be over the moon.” 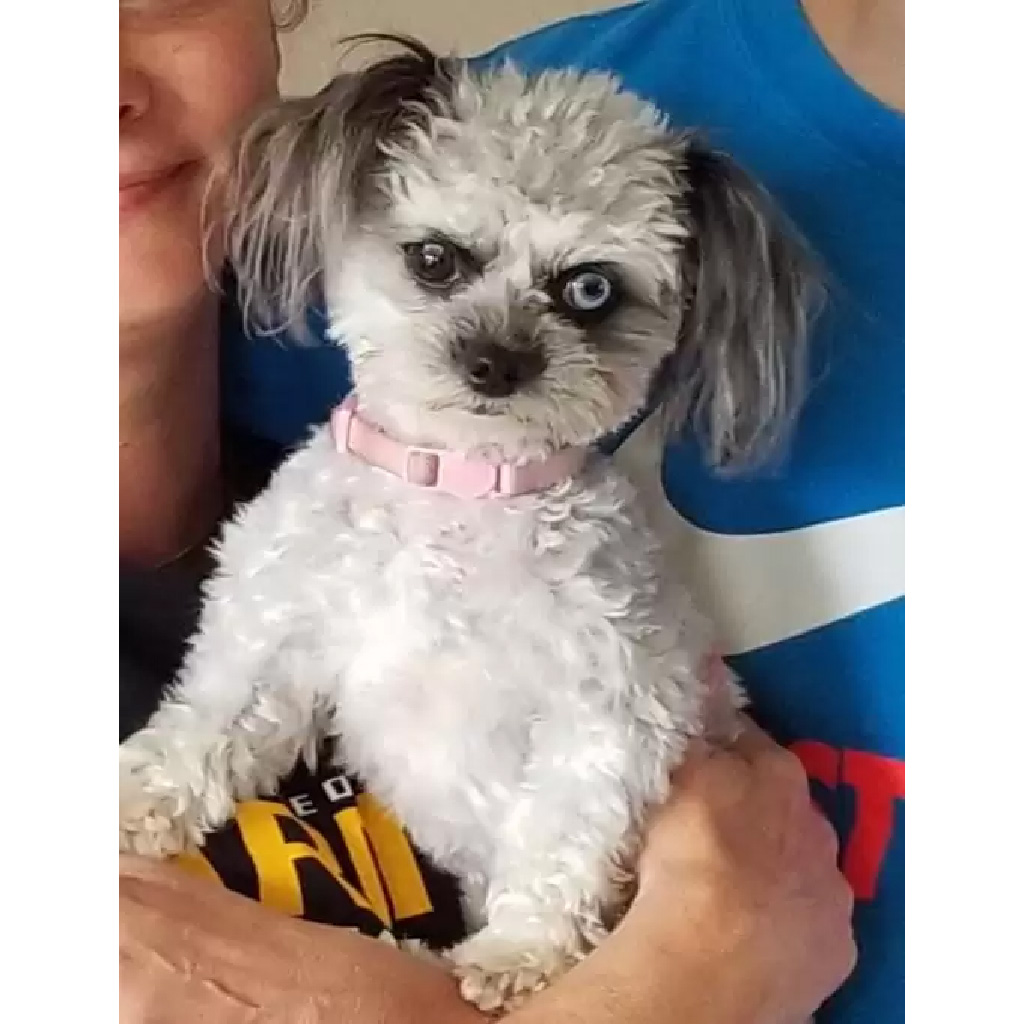 The owner also added that Junebug is one of the cutest and friendliest dogs you could ever meet! People who meet her will surely fall in love with her! “Junebug is, without a doubt, the sweetest dog you could ever meet,” Tim said. “She loves people. And everyone who meets her falls in love with her. She’s just the sweetest little thing in the world.” To be fair, though, Junebug sometimes looks a tad disgruntled — even when she’s not.