“Cinnamon is very feisty, in a good way. She’s really sweet and gets along well with other dogs. Her ears just match her personality — quirky and really fun.”

All dogs are beautiful in their own way, but some really stand out from the pack. Whether it’s a puppy with a mustache or a dog with two different colored eyes, some dogs just have a remarkably unique look. That was the case for one pitbull puppy, whose distinct ear shape helped her stand out and earned her a perfect nickname is Cinnamon. 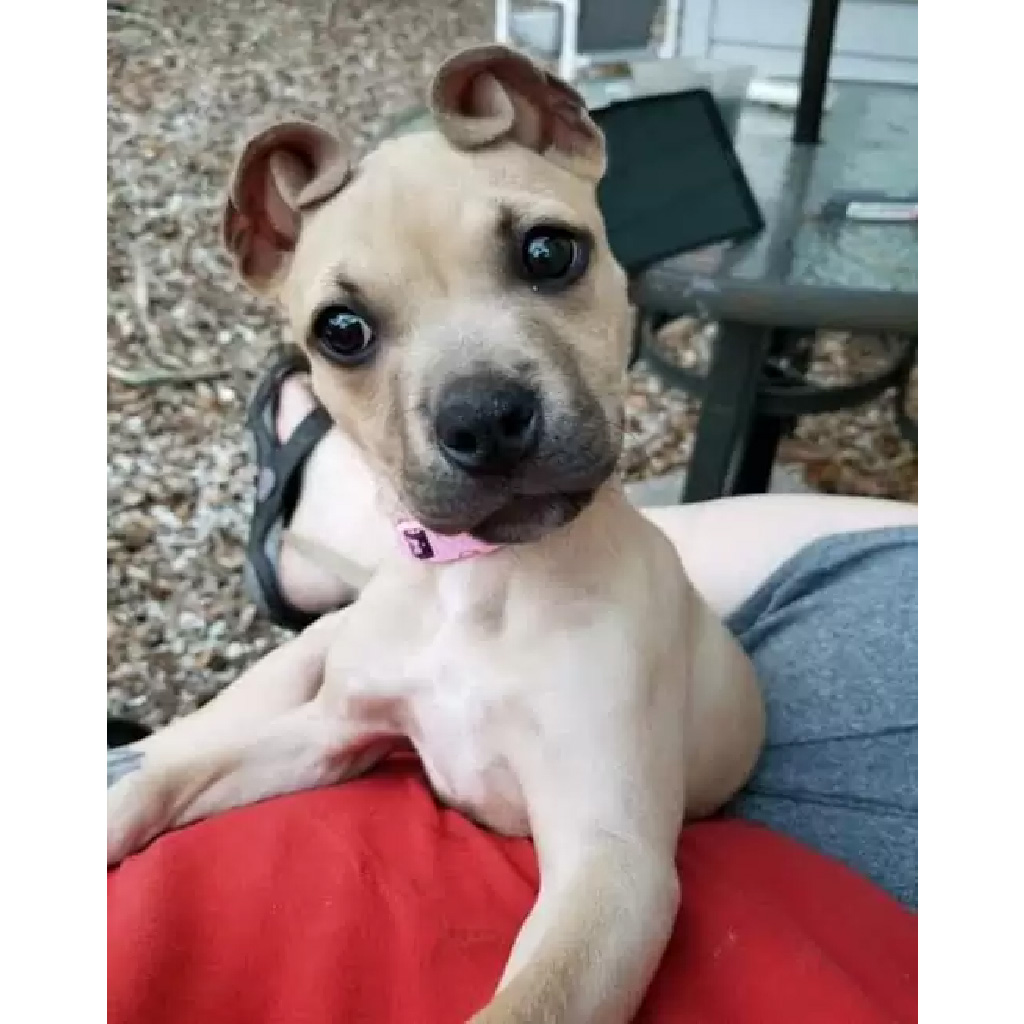 In January, a litter of ten five-week-old pitbull puppies was found on their own. They were likely abandoned by a neglectful owner as they were found in poor health, dirty and underweight. Luckily, they were picked up by a rescue group called Pit Sisters, and received some overdue love and care.
She also stands out from the litter for her personality, too.

The rescuers say she’s the spunkiest of the pups: “Cinnamon is very feisty, in a good way,” Jen said. “She’s really sweet and gets along well with other dogs. Her ears just match her personality — quirky and really fun.” 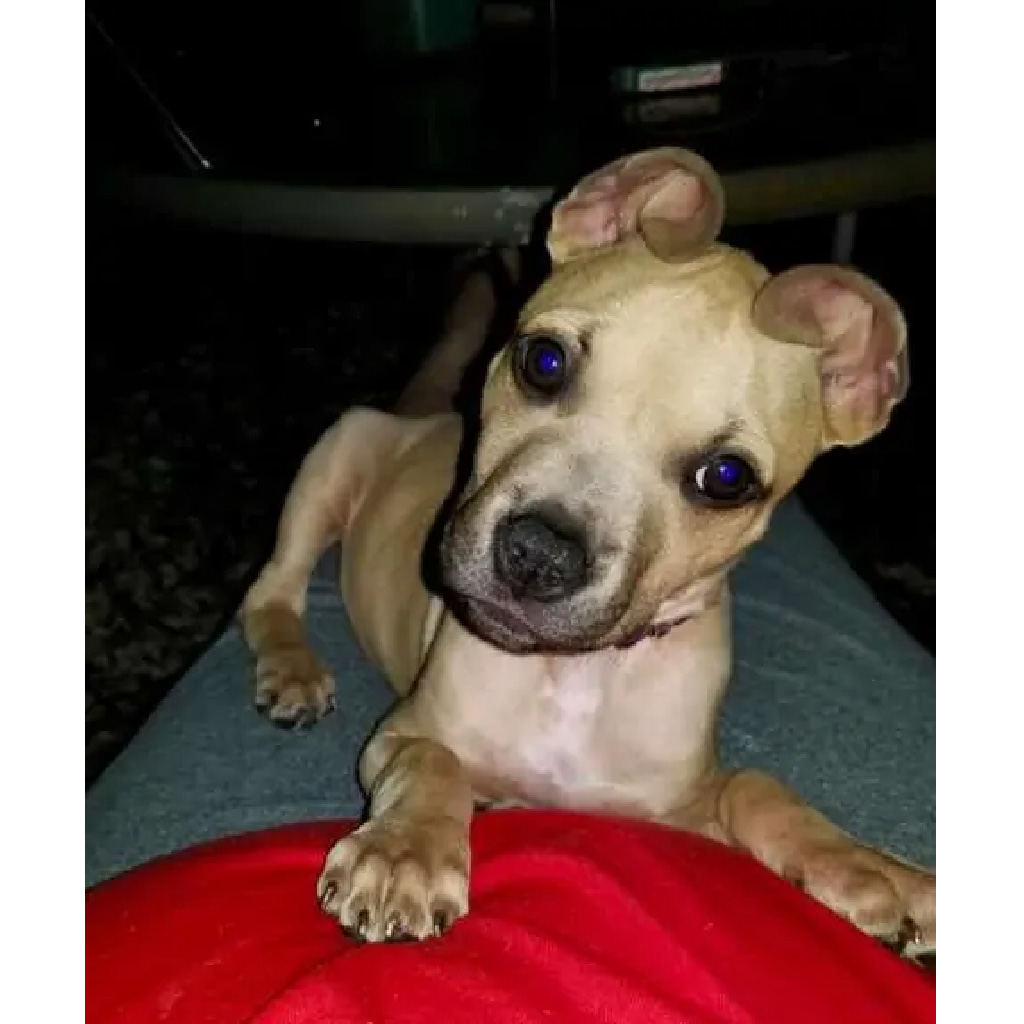 “I’ve never seen a dog with ears like hers,” Jen Deane, president of Pit Sisters, told. “Everyone can’t believe how adorable she is … and she’s even cuter in person!” 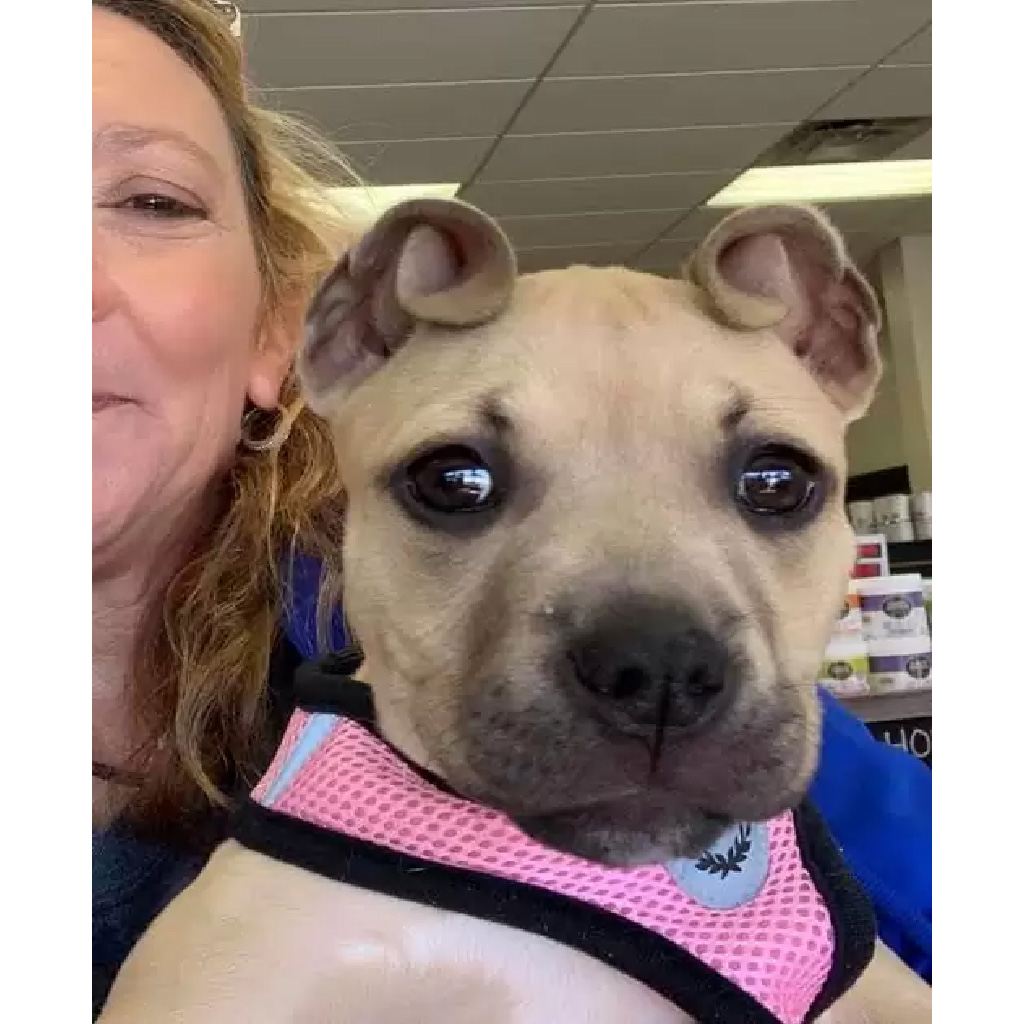 When Cinnamon’s photo was shared on social media, everyone instantly fell in love with her. Some people even think Cinnamon’s ears look like “victory rolls,” a popular 1940s hairstyle.
“They were only 5 weeks old but had not been well cared for at all,” Deane said. “We got them right to our vet where they could get immediate health care, and they’re all doing a lot better now.” 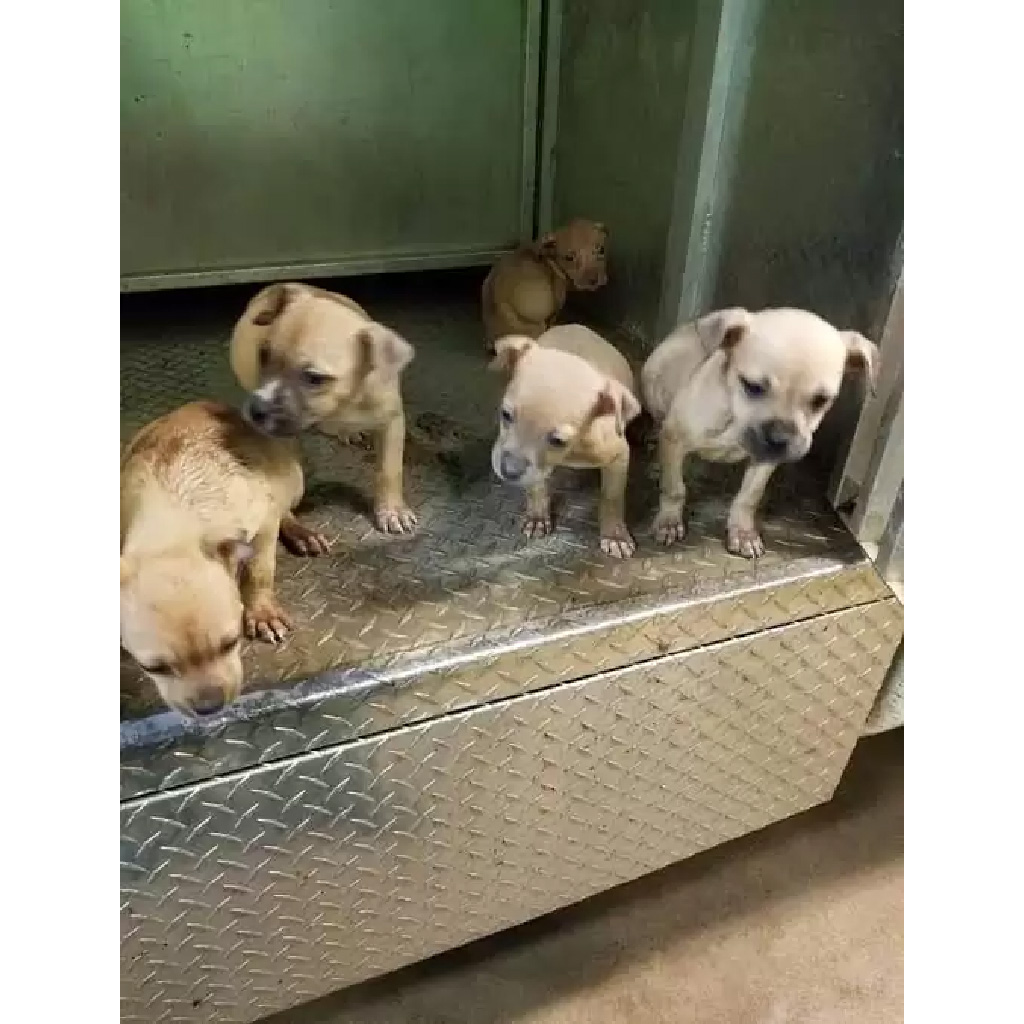 Cinnamon became a star online for her signature look after the rescue posted about her on social media. Her publicity was extremely beneficial for the rescued puppies because now they need adoption.

It didn’t take long for the pup to find a good home. Adorable Cinnamon has also found her forever home — with a loving family that has three other dogs. She was adopted by a woman named Laurie Locashio McGovern and her family, who brought her to a happy new home once she was old and well enough. 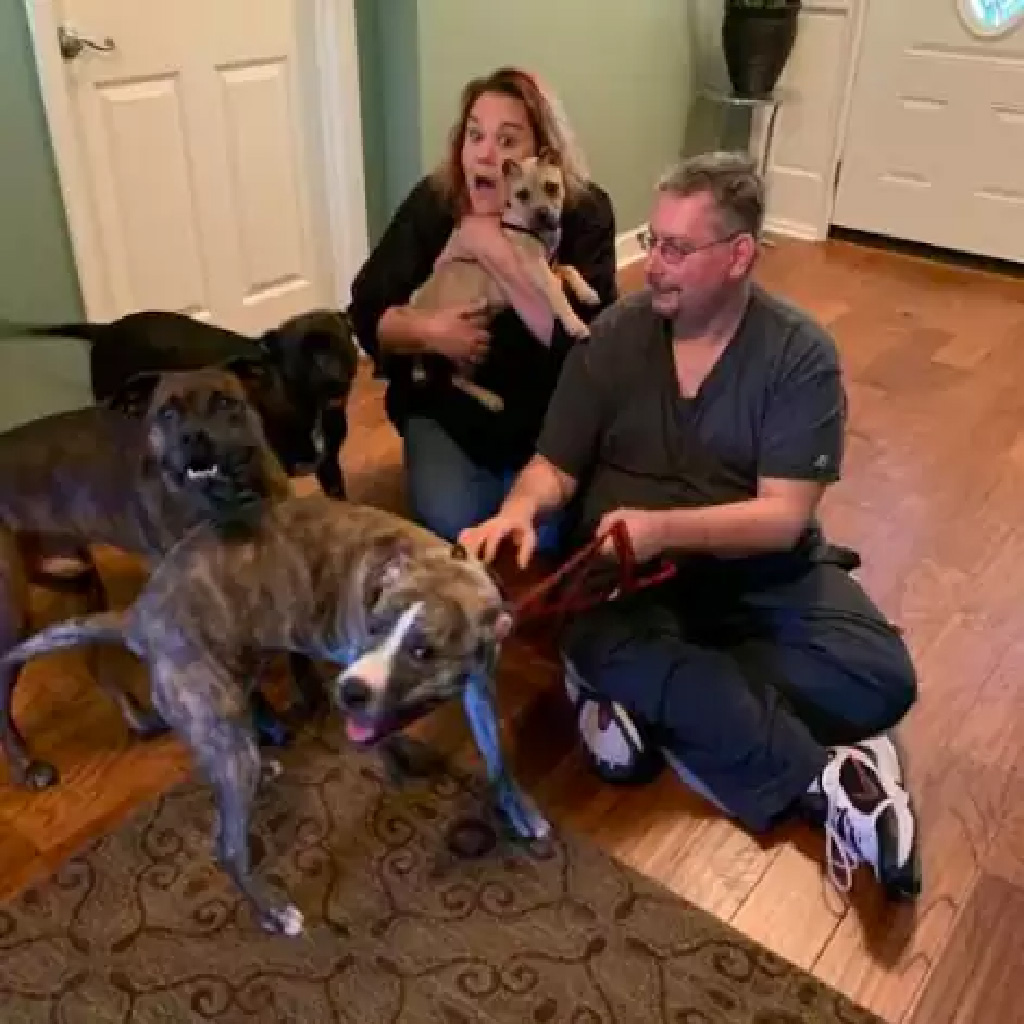