The friendship between “The Fox and the Hound” truly exists. This of Disney movies has been brought to life. And the main characters are an adorable bulldog and a six-month-old rescue fox cub. 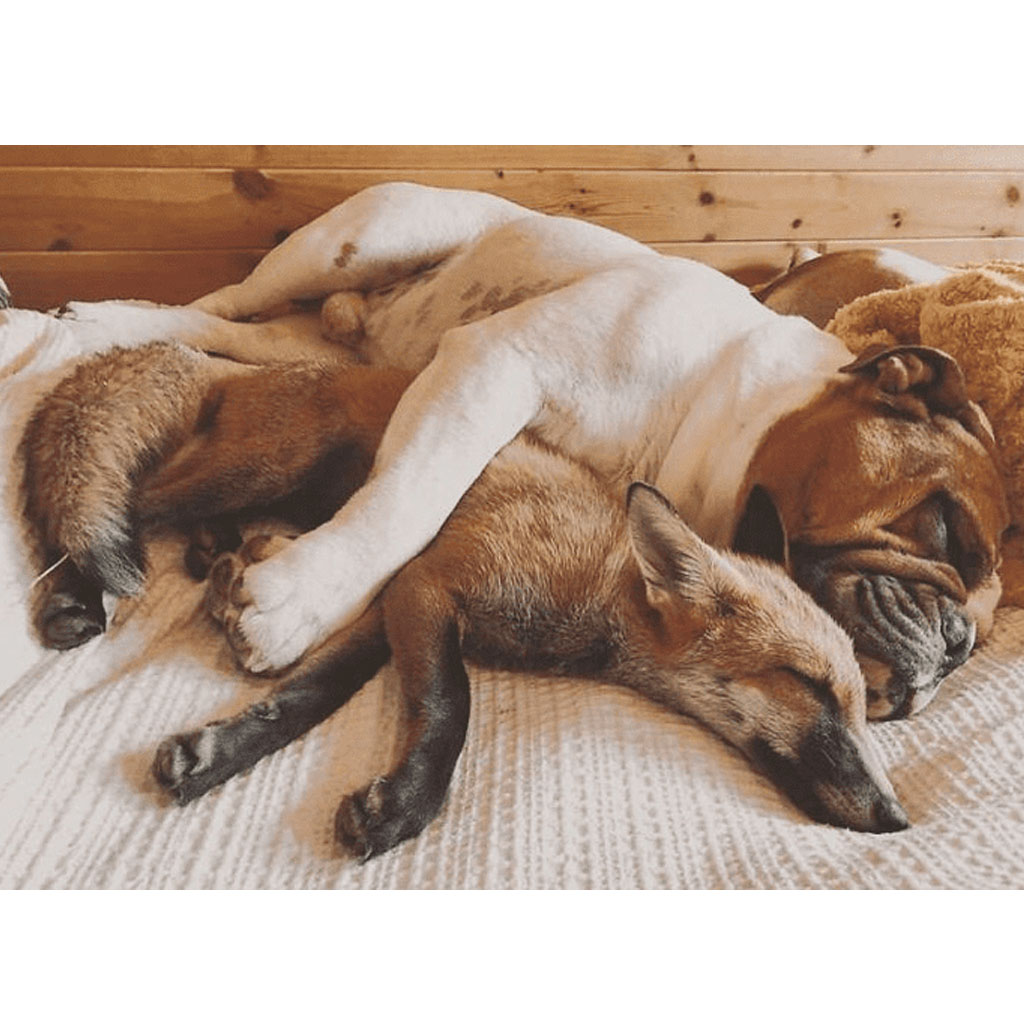 This great story began back in April when a 28-year-old woman named Pauline Ashanolla rescued a small, two-week-old foxie. The abandoned and frightened cub was discovered by a couple who, unable to find a rescue center that would take the fox, turned to Pauline, a woman known to be passionate about helping animals. Pauline decided to take care of the little vixen herself and nurse her back to health.
To take care of the poor cub, Pauline even quit her dream job – a dog groomer. She gave the animal a name, Marley. Pauline’s efforts are worthy. Marley became healthy and turned into a beautiful little fox. 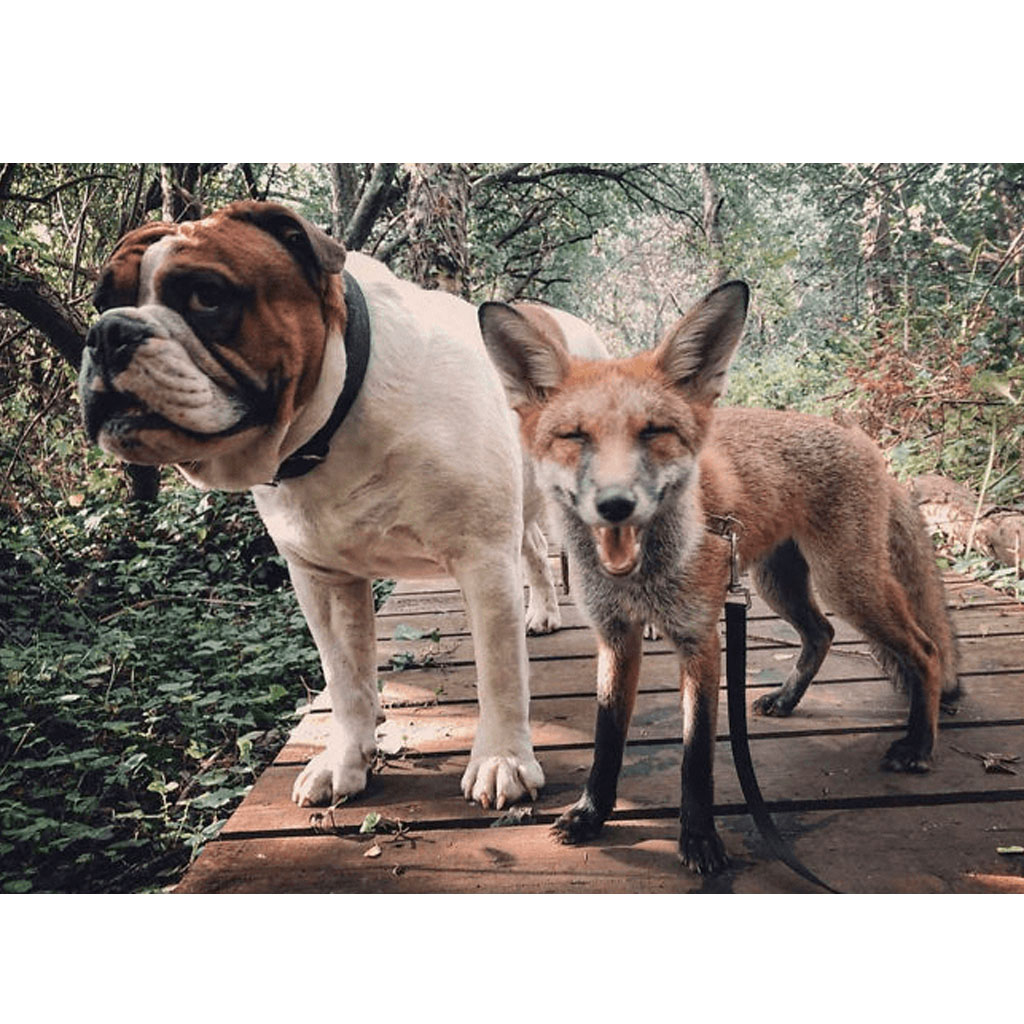 Marley got accustomed to another pet of the family, a four-year-old bulldog named Ernie. There was one thing interesting that her older brother was terrified of her at first. Ernie got scared of approaching the little fox but they then got along well with each other. The two even built a strong bond.
Now the beautiful little fox is strong and inseparable to her best friend, Ernie. They do everything together, from walking to sleeping. “They do everything together, they’re inseparable. They play with each other all day, they sleep together every night, they go for walks together,” Pauline said. 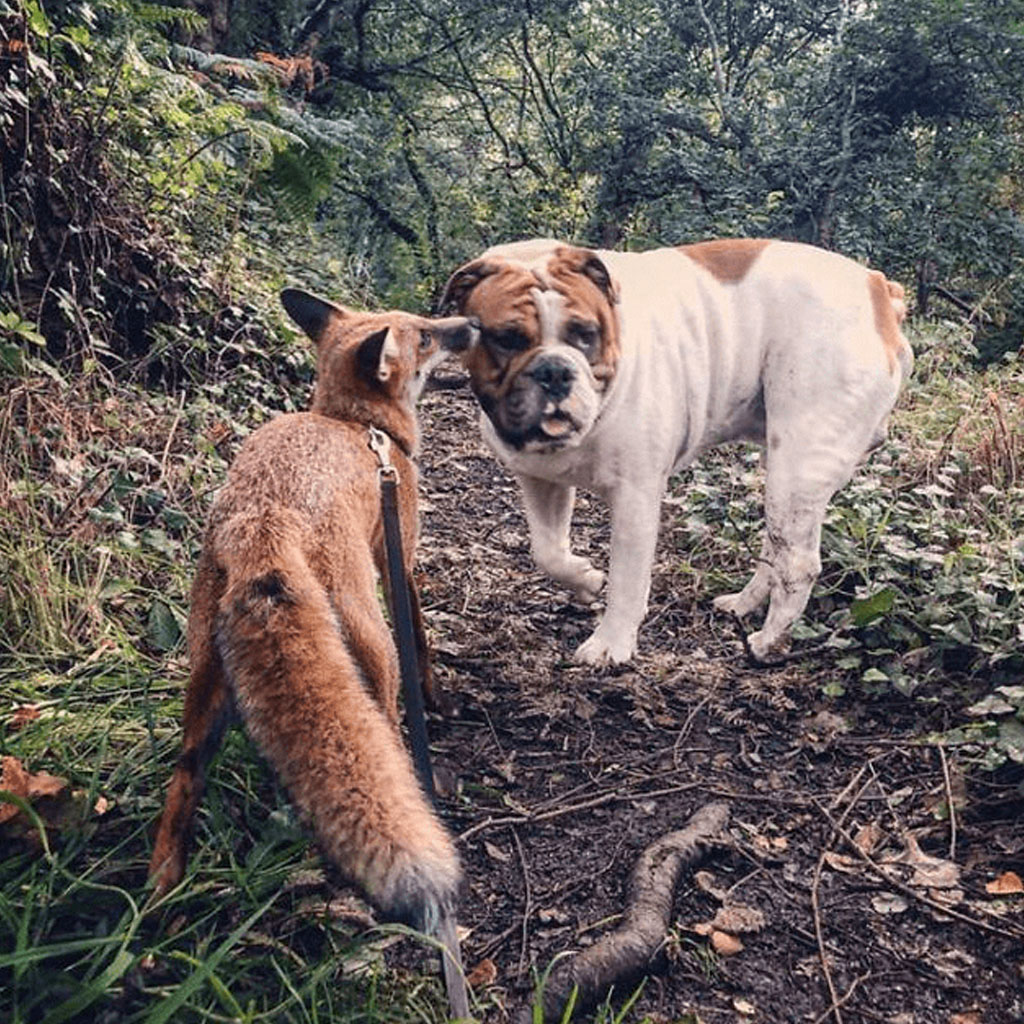 The pals cuddle up to each other for every nap, enjoy going on walks in the woods together and love getting up to mischief.
She said: ‘If I take Ernie out for a walk without Marley, she gets so excited when he gets home. She goes mad, she absolutely loves him. I call Ernie Marley’s babysitter, he’s my little nanny dog. If I need to get something done or I’m a bit tired, I’ll tell him “go and play with your little sister” and he does.
‘It’s so nice seeing how well they’ve bonded, it’s quite an unusual friendship. She imprinted on me, she thinks I’m her mum. Then she had to be on medication for so long that I can’t release her. If she went back into the wild now there is no way she would survive. 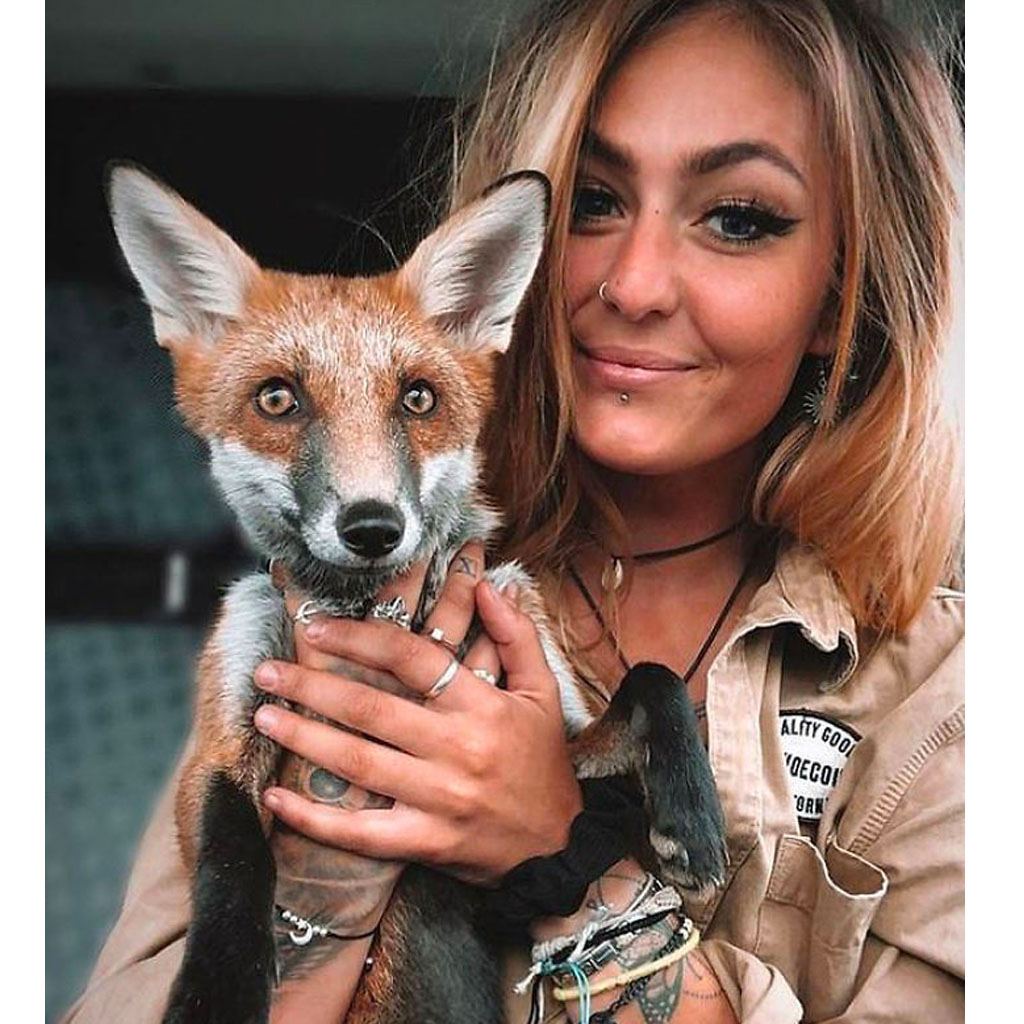 But I definitely don’t think foxes should be pets. I don’t want people to see that I have a fox and think they should do the same. If you like your house the way it is, you definitely don’t want a fox. Marley has trashed my house. Foxes are very destructive and they’re smelly.’