It’s a common belief that cats and dogs don’t get along, but most pet owners who have both will tell you it’s far from the truth. Cats and dogs can be best friends, playing together and looking out for one another.
A few years ago, a firefighter from Belgium saved a kitty and decided to adopt him. The man brought the little critter home, hoping his entire family — including the dogs — would welcome him. And they did. The pooches, however, not only took the kitty in but also raised him as one of their own. 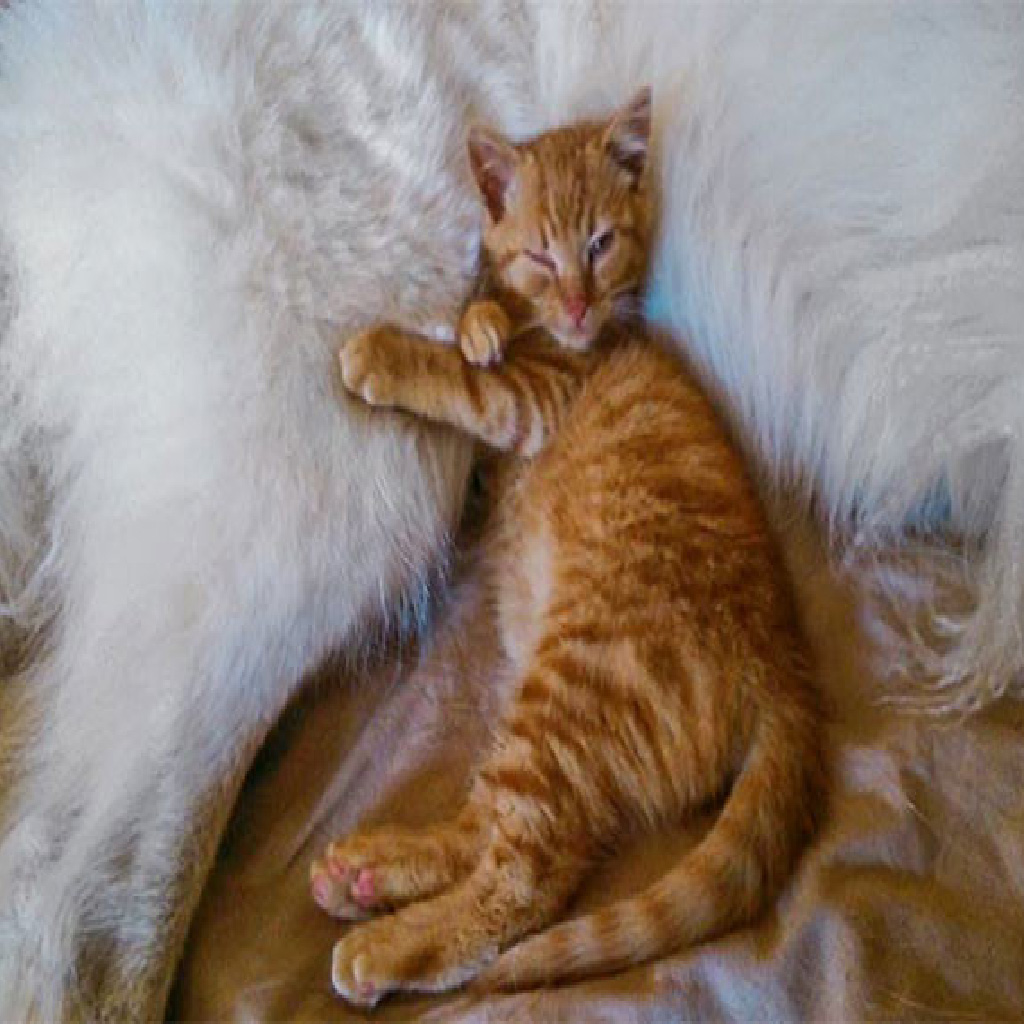 Now, Azmael the cat is a true member of the pack. They still play together and are extremely careful not to hurt each other. If that wasn’t enough, Azmael even goes on walks with his siblings. 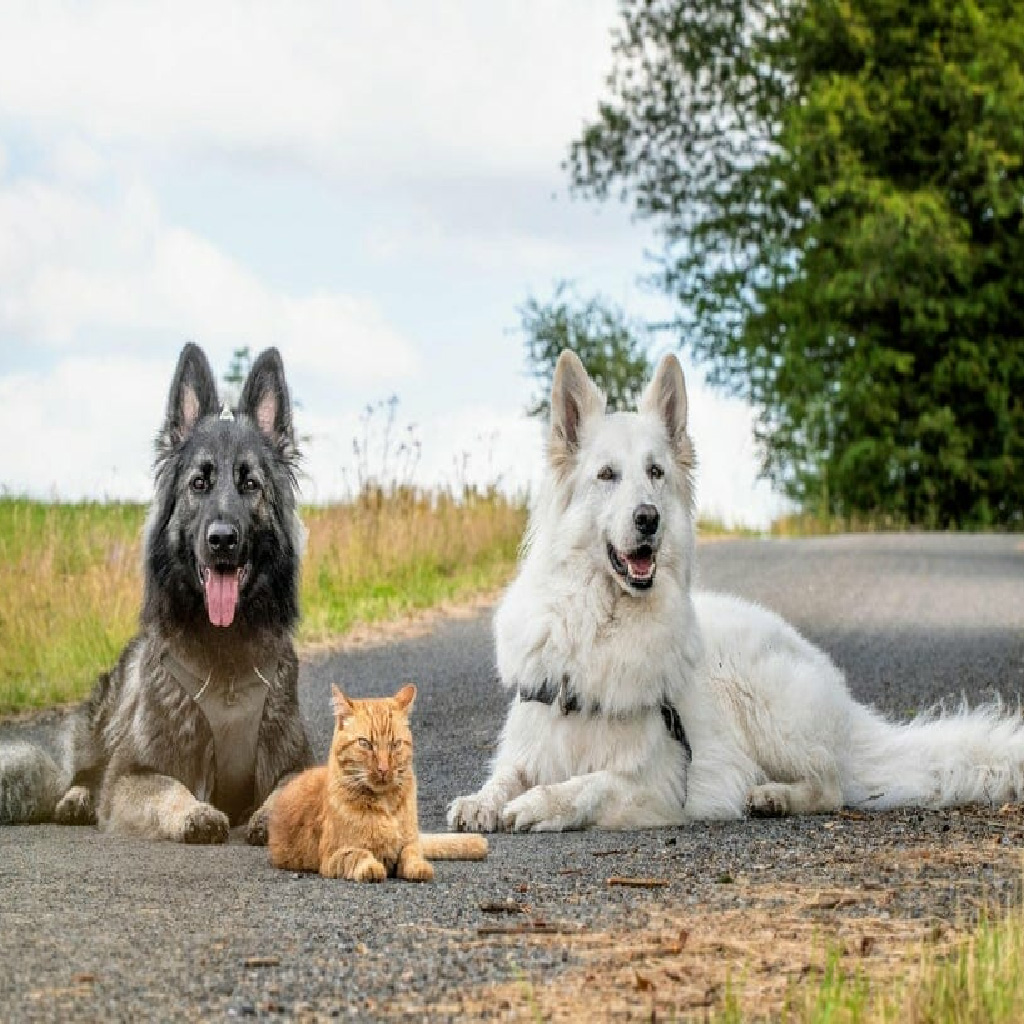 Nathalie, the firefighter’s wife, posted a picture of this gang on the “Aww” subreddit sometime again and they have garnered a lot of fans immediately. The picture has the three of them sitting together on the road and it has received 77 thousand upvotes.

Nathalie shared the details, “The pets in the picture are Nimue (Altdeutscher Schäferhund), Azmael (the cat), and Liam (White Swiss Shepherd).” 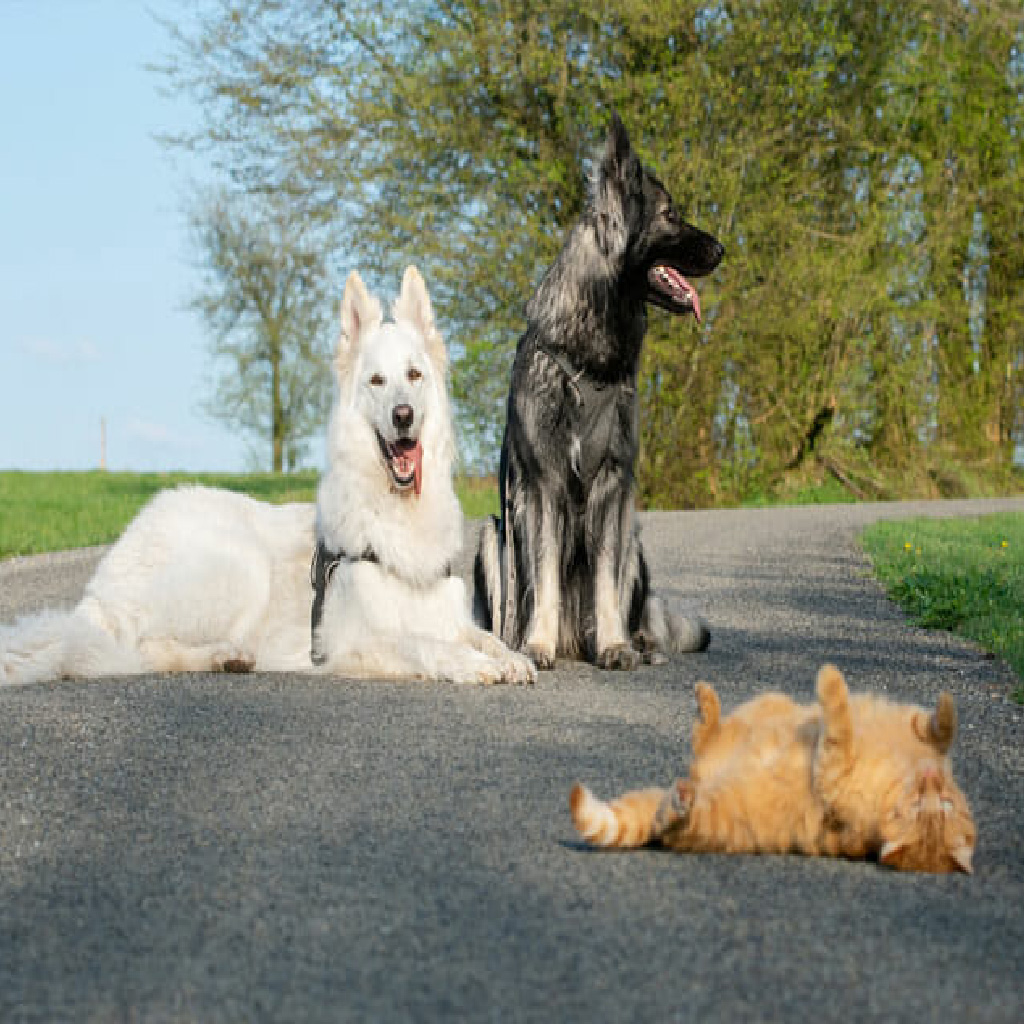 The kitten was found by Nathalie’s husband in the middle of the road sitting helplessly.

Nathalie told that “It was still alive, but sᴇʀɪᴏᴜsʟʏ ɪɴᴊᴜʀᴇᴅ. He tried to find his family but no one knew where the kitten had come from, so we took him to the vet where he stayed for a few days.” 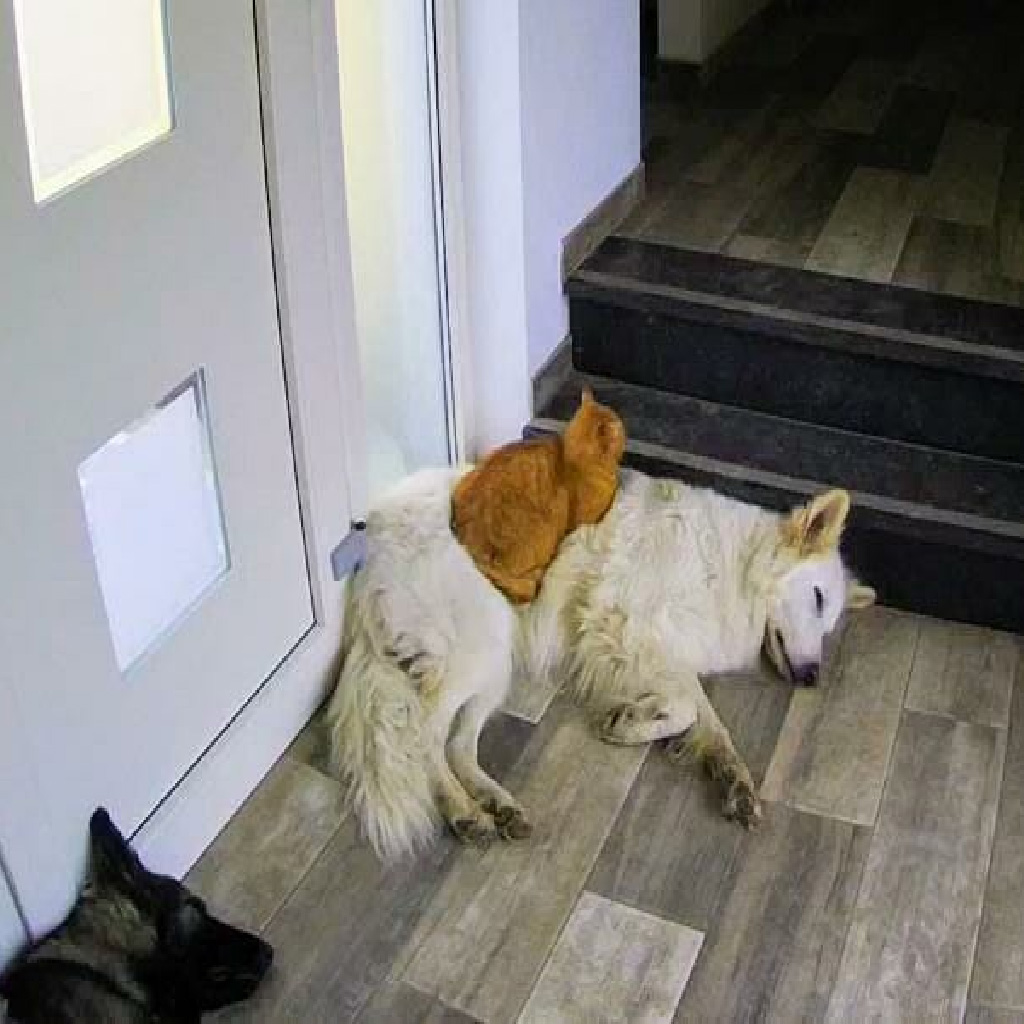 Eventually, the cat made a miraculous recovery and was brought home, where he quickly settled in… and made friends with the two family dogs, Nimue and Liam.
The dogs looked after Azmael as she recovered, and they soon formed a bond. “They have a very special relationship,” Nathalie said. 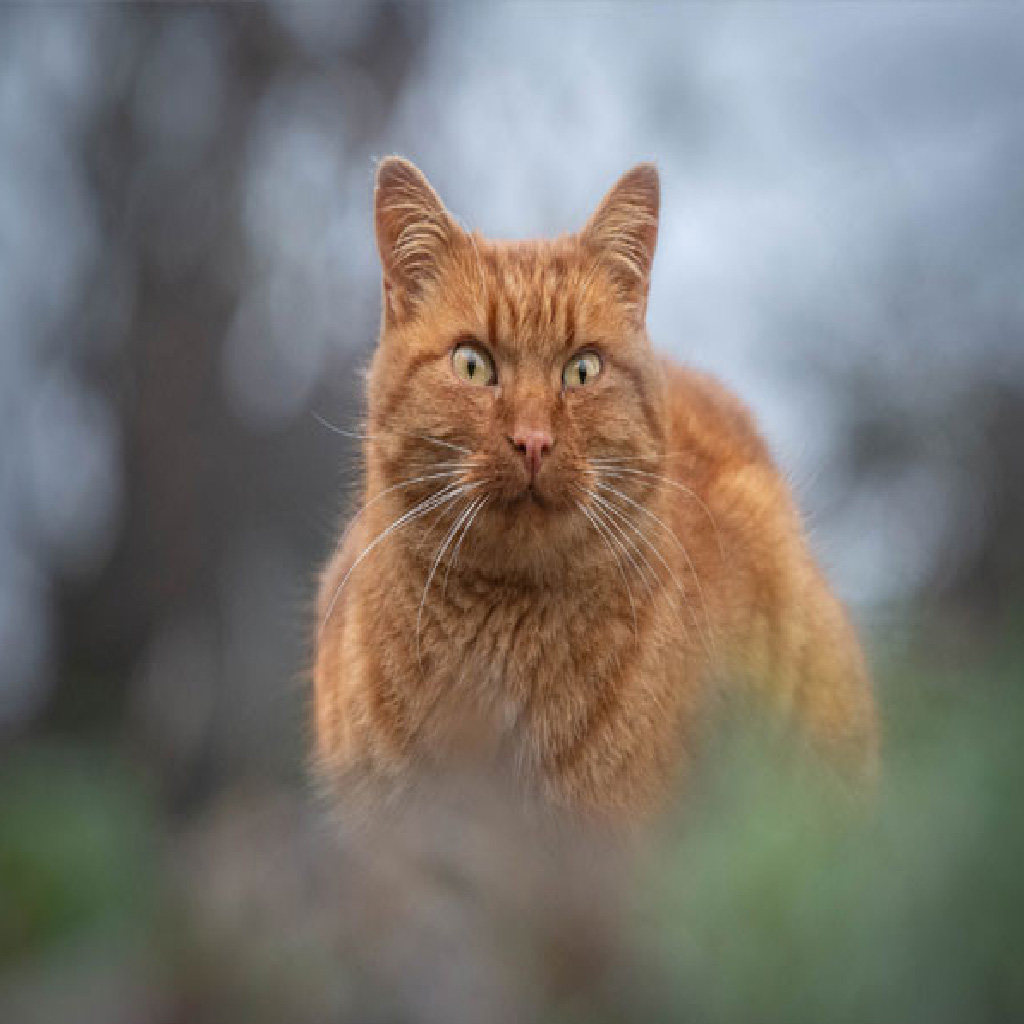 As time went on, the dogs’ influence on the new cat became apparent. While the family had other cats at home, Azmael preferred hanging out with the dogs, almost like he thought of himself as one of them.

“Nearly every morning, Azmael joins us on our walk,” something none of the other cats do, Nathalie said. “It’s like we have three dogs.” 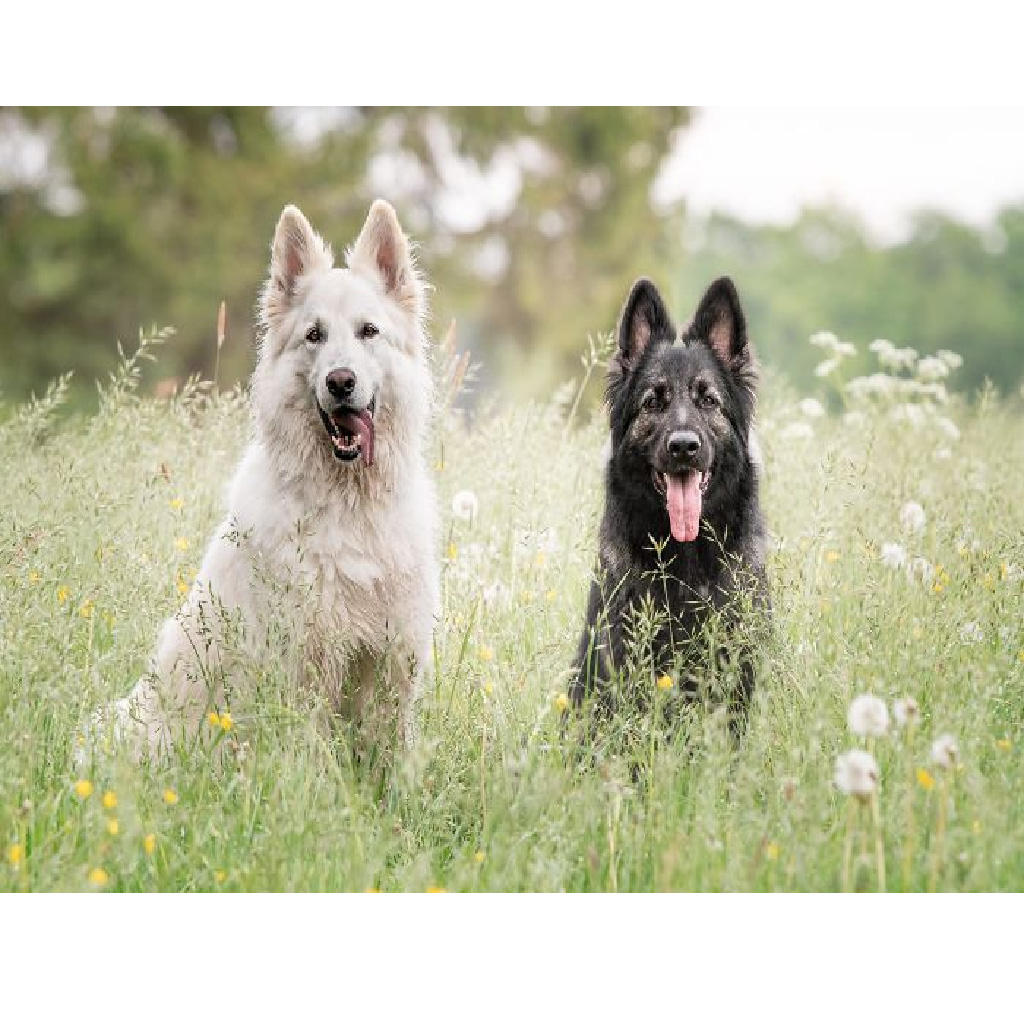 Nathalie’s posted a story on social networks, where it went viral. Many people joked that Azmael looked just like a dog. Others shared stories of their own cats who took after their dogs (or vice versa).
Others pointed out Azmael’s fierce expression, looking like he’s out to defend his dog brothers. It’s clear these pets are the best of friends, giving new meaning to “getting along like cats and dogs.”