When Huxley’s mom took him on his very first plane ride, the Golden Retriever puppy soon discovered what we all know: planes are boring. 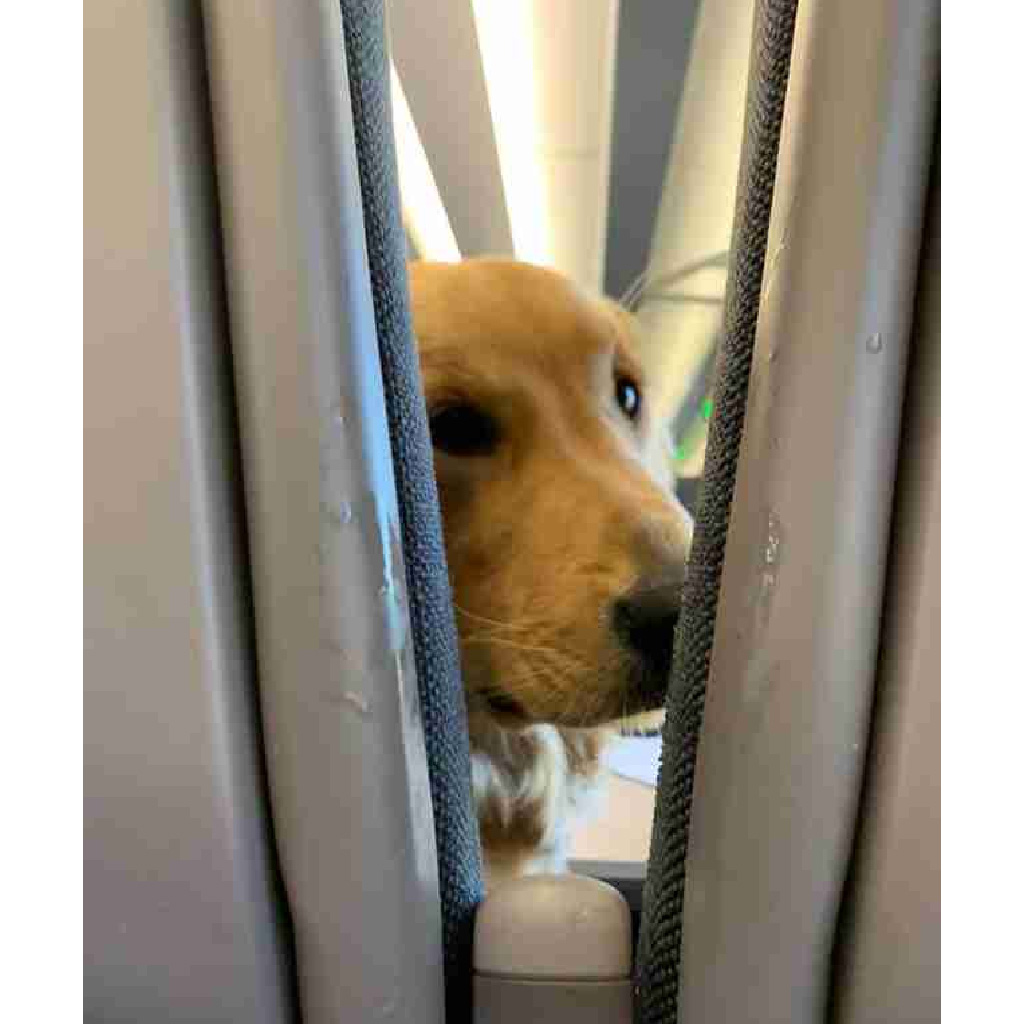 A golden retriever named Huxley boarded a flight to Ibiza, his mom knew there would be a chance he’d get bored because she wouldn’t be able to give him all the attention he normally wants. However, she had no idea that he’d engage in the most adorable antics ever before seen on a plane.
“He was sat in the seat next to me but got in a mood which he often does when I don’t pay him enough attention,” Ursula Daphne Aitchison, Huxley’s mom, told said. 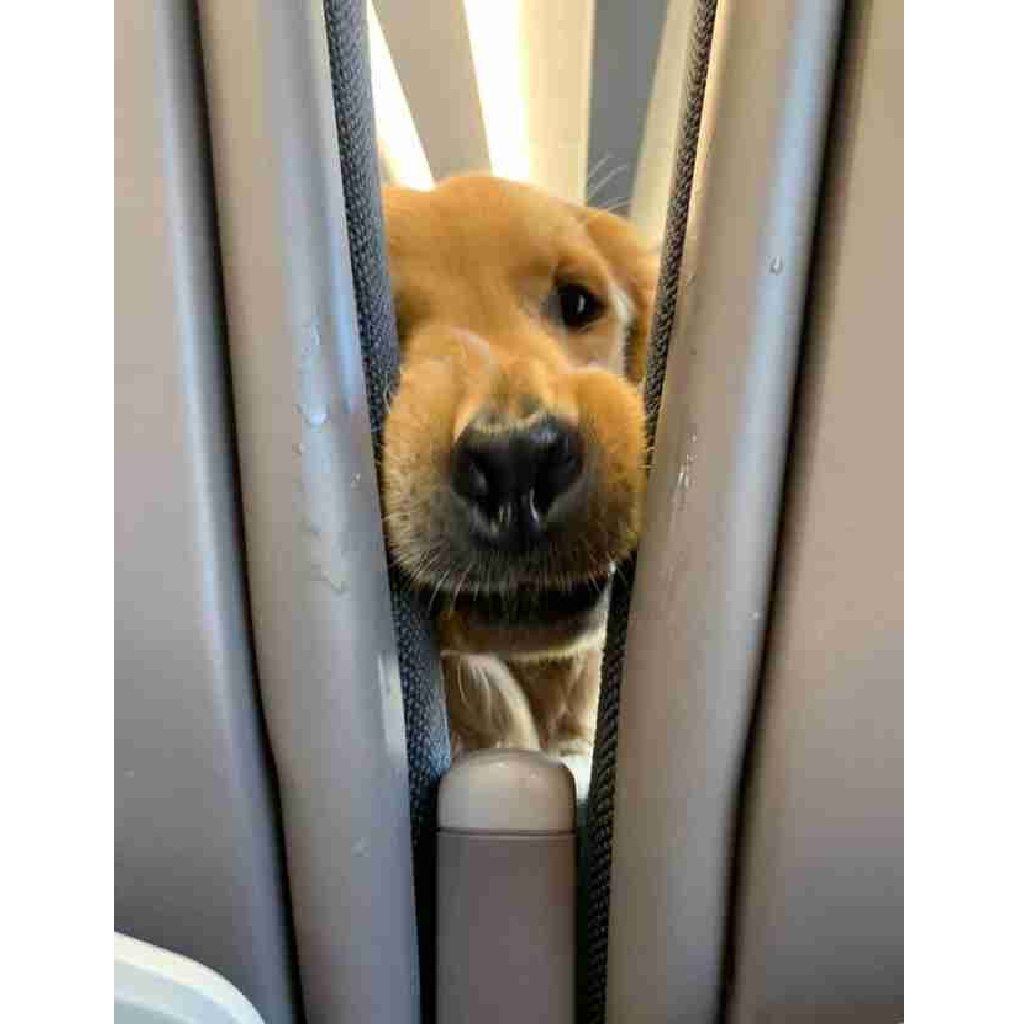 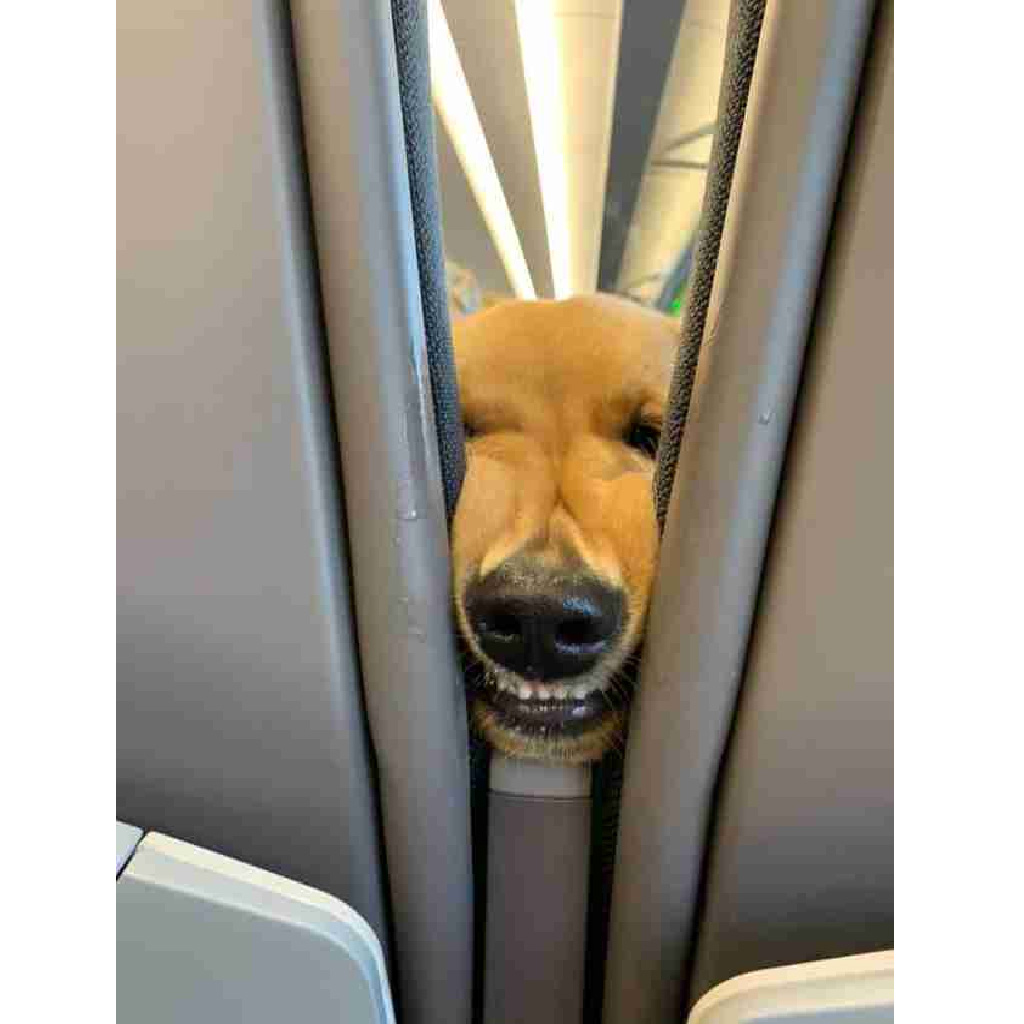 According to his mom, Huxley loves to be the center of attention. He just refuses to be ignored. So when his mom didn’t pay him enough attention, he went and sought it out from another passenger and sat with that man instead.
The next thing you know, Huxley was sticking his cute face between the seats and began entertaining his mom by making the funniest faces. Ursula shared the resulting hilarious pictures on Facebook writing, “Guys I can’t breathe” followed by a bunch of laughing emojis. He made himself look like the cutest puppy in the world. 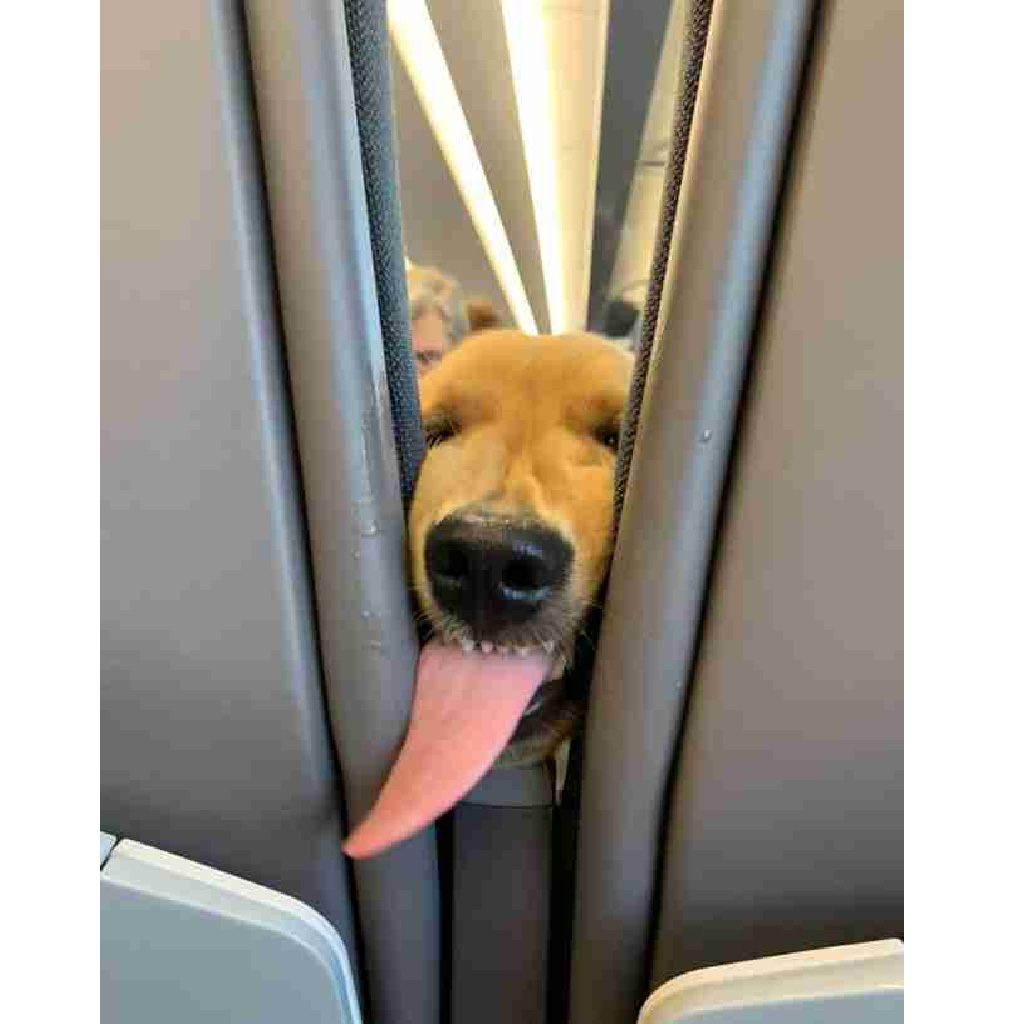 Even though he couldn’t reach his mom’s snack, Huxley continued to try, entertaining both his mom and the rest of the passengers around him with his cute little faces. He eventually got bored trying to get to the snack so he went back to bonding with his new friend beside him.

Apparently, he seatmate because he spent thirty minutes visiting with the man while his mom and other passengers took hilarious pictures of him. 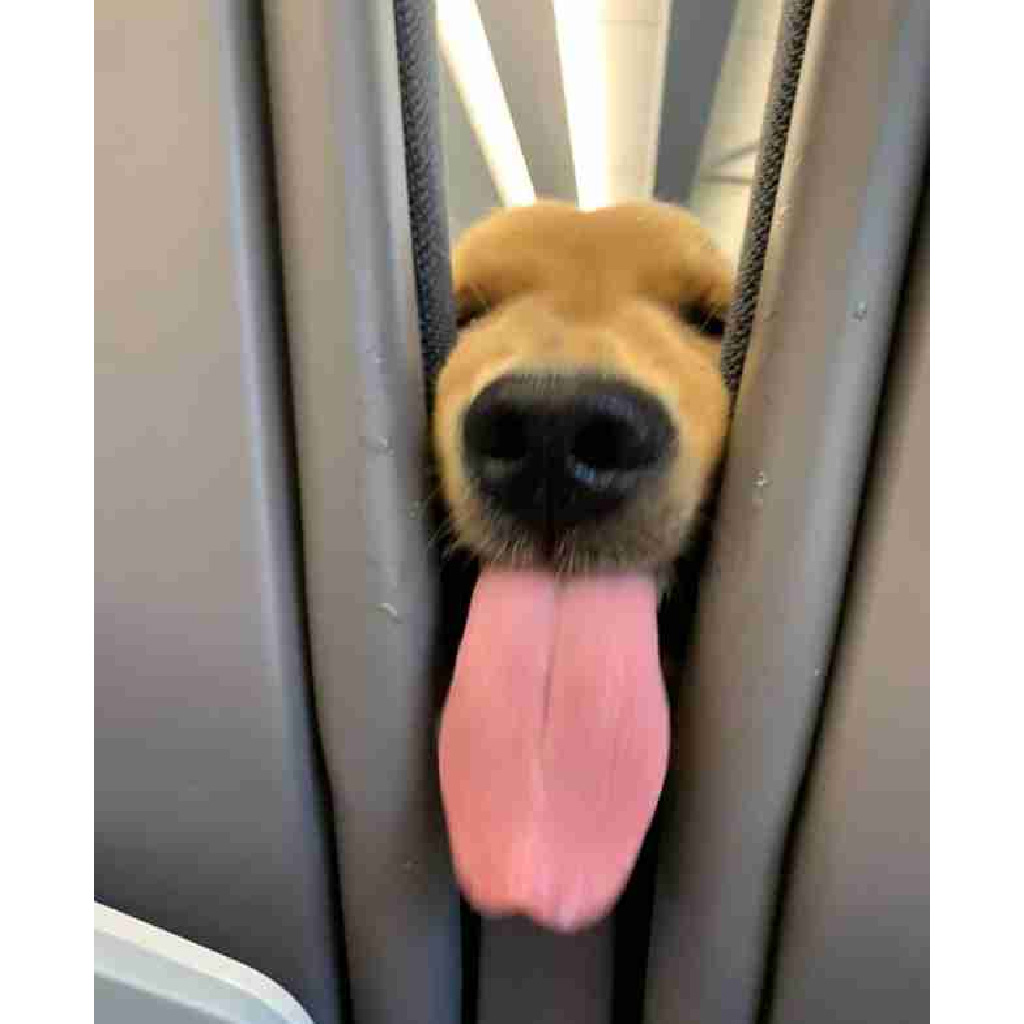 “He spent 30 minutes in that seat; the man next to him said he was a very good passenger and the man across the aisle was taking selfies with him,” Aitchison said. “Huxley kept giving him his paw to hold. He was making lots of people laugh and the man next to me asked to take his photo to send to his daughter.”
The man happily welcomed his new furry friend, and Huxley was enjoying hanging with his new bestie – until his Ursula opened up her snacks!