What seemed like a nightmare, turned into a happy ending story for an adorable pitbull puppy, after the officer who found him decided to offer him a forever home. The abandoned dog was found wandering the streets of the city of Mount Laurel, New Jersey, by a local police patrol, and the odds quickly turned in his favor. 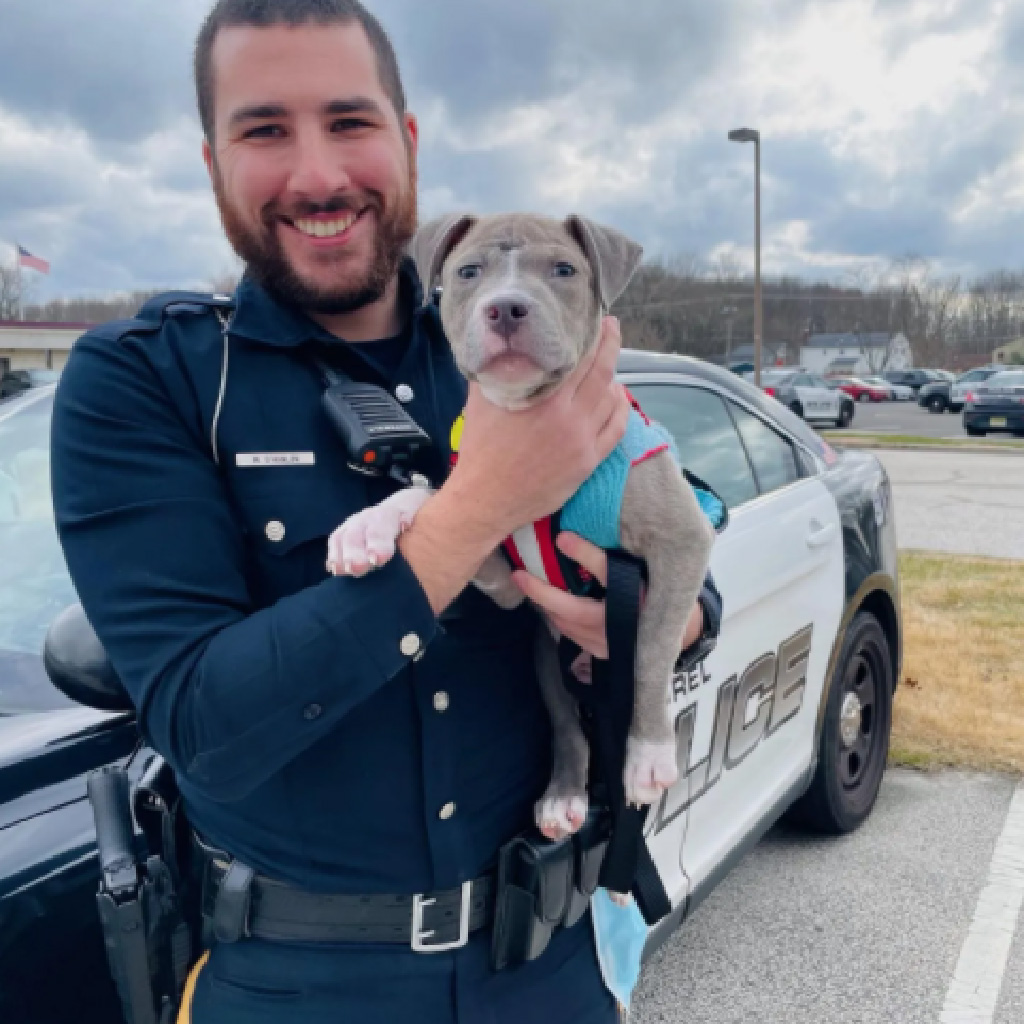 Officer Matthew O’Hanlon – a member of the Mount Laurel Police Department for nearly three years – was on a patrol through the industrial part of the city, when spotted the little puppy. He initially thought he might have lost, so he went to investigate. But the puppy was looking rather abandoned than lost since he had no collar and he looked wounded.

“When we typically find a dog, usually they have tags on them or a chip,” the officer told. “We can take them to the local animal hospital and have the owner found pretty fast.” 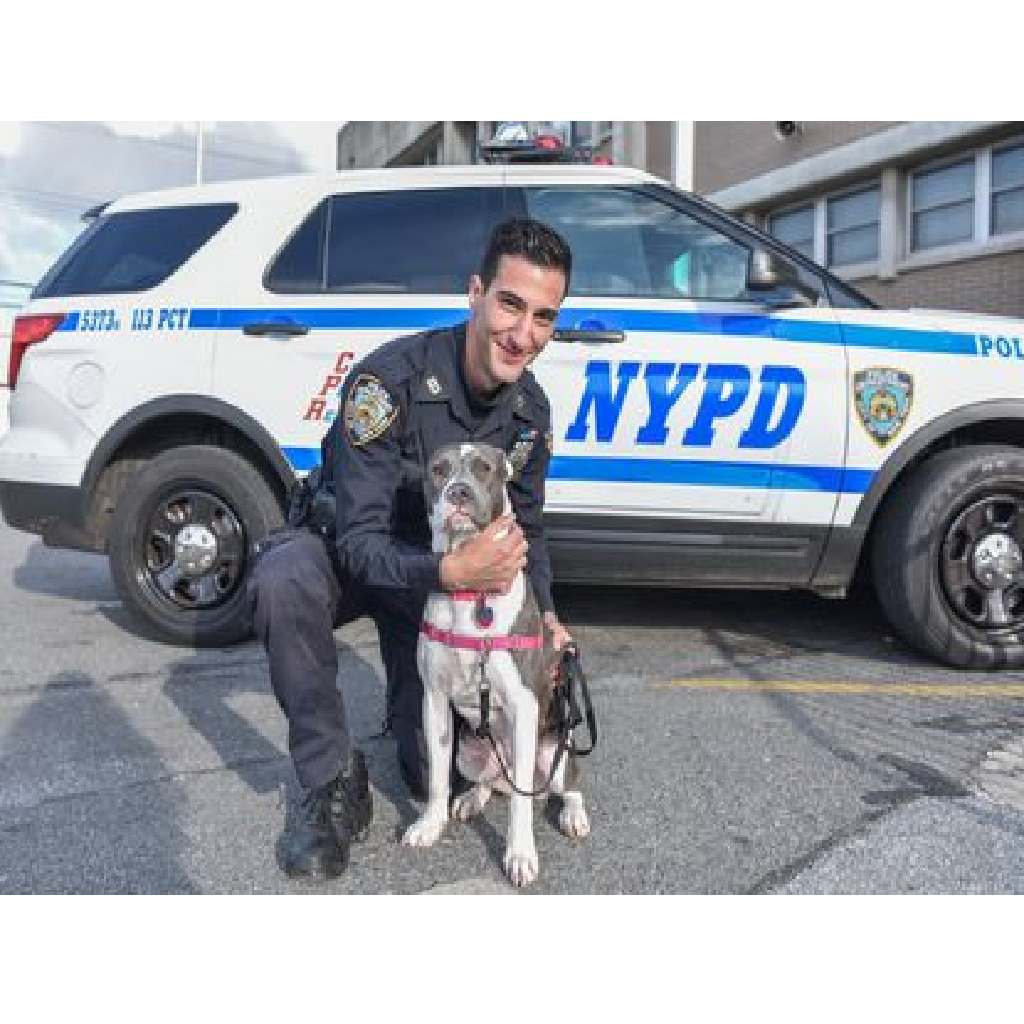 Concerned, officer O’Hanlon took the 3-month-old puppy to the Burlington County Animal Shelter for further investigation. But on their way there, the puppy had stolen the officer’s heart with his cuteness. Anyway, the officer knew he shouldn’t get emotionally involved, so he left the puppy at the shelter. But not for long, though!

“I called the shelter 20 minutes after I dropped him off and told them that I wanted him,” officer O’Hanlon Good Morning America. “My fiancée and I were looking to get a pit bull, and when you see a pit bull puppy with an injury, it’s hard to pass upon.”

It turned out the puppy had no microchip, yet he remained at the shelter for a few more days in case someone would have come to claim him. He also had to stay to get treatment for his wound. But soon as he fully recovered, officer O’Hanlon was more than excited to show him his new home. They named him Thor!

“Boy, it makes you feel good that you can help a little puppy like that go from whatever happened to him to now knowing how spoiled he’s going to be for the rest of his life,” the officer explained. “My fiancée and I are big Marvel fans and we just thought based on him being injured and everything the name kind of fit.”

O’Hanlon — who is a three-year veteran of the police department — also noted that finding Thor and taking him home was a feeling unlike any other.

“Boy, it makes you feel good that you can help a little puppy like that go from whatever happened to him to now knowing how spoiled he’s going to be for the rest of his life,” he told. 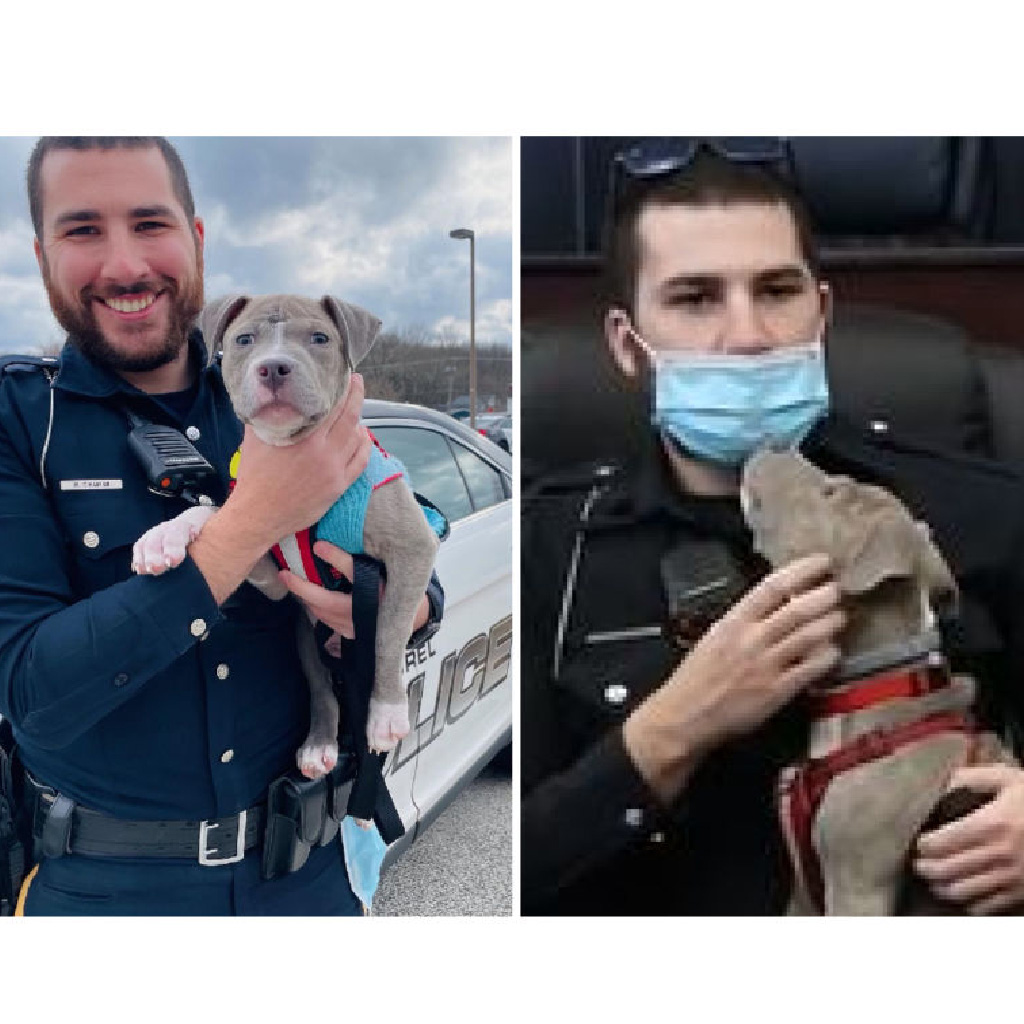 The new dog dad is also hopeful that his story will help to remove the stigma around pit bulls being aggressive dogs.

“They’re the most loving, affectionate dogs I’ve ever had … it’s [unfortunate] to see them get bad reputations when it’s really the way they’re raised,” he told.