When dogs are heroes, they have no idea. They just do as they’re told or do what’s right, and that’s that. But whether they know it or not, dogs who save lives deserve all the recognition in the world. And a Staffordshire Bull Terrier/Bulldog mix named Max is now one of those heroic canines. 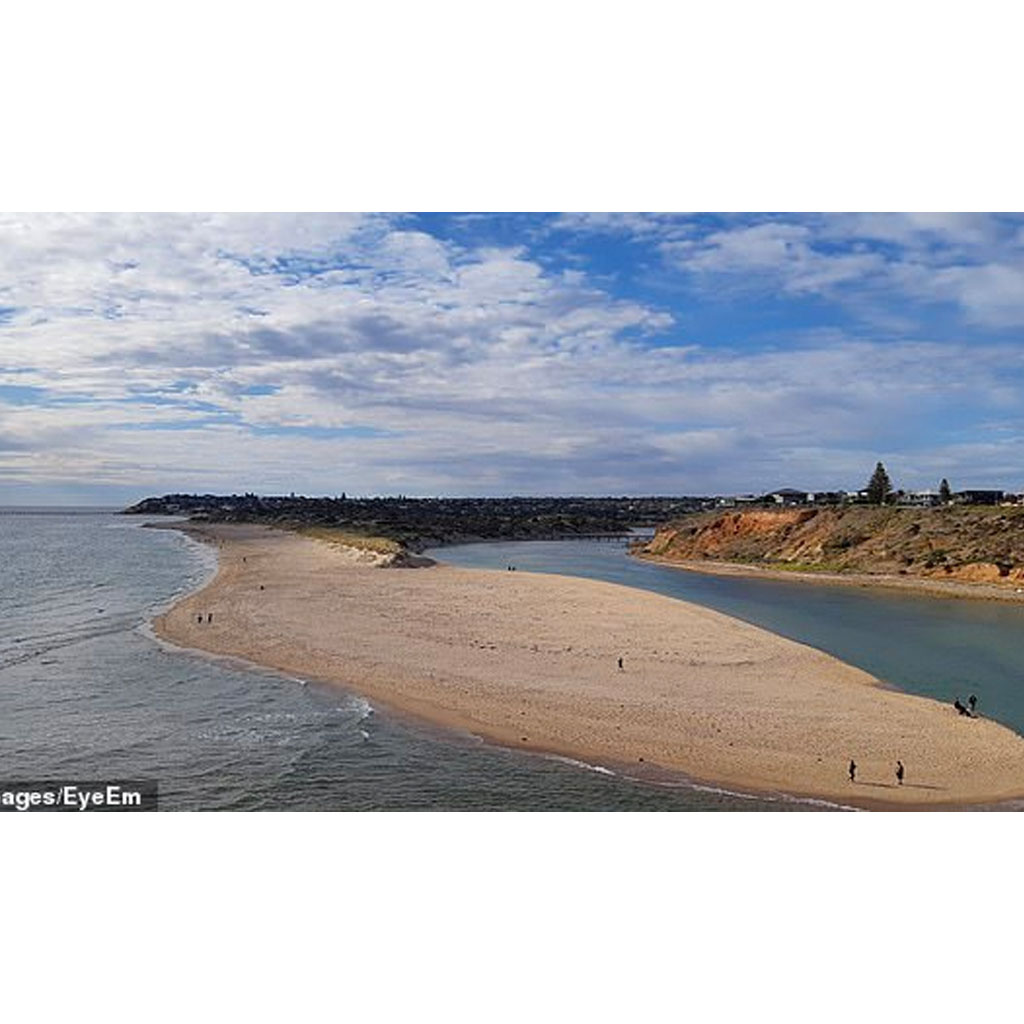 While dogs like Max are often criticized for being a “Bully breed,” this sweet pup showed the world how sweet Pit Bulls can be by saving a boy from drowning. If Max hadn’t rushed to the rescue, the boy might not have survived.

Max, a staffy cross bulldog, swam out to the distressed child in the river mouth wearing a life jacket which had a handle the boy could cling onto. Rob Osborn and Max were hanging out by the river’s sandy shore in Port Noarlunga, Australia. It was all fun and games until they saw the current pick up suddenly with a boy trapped in it. 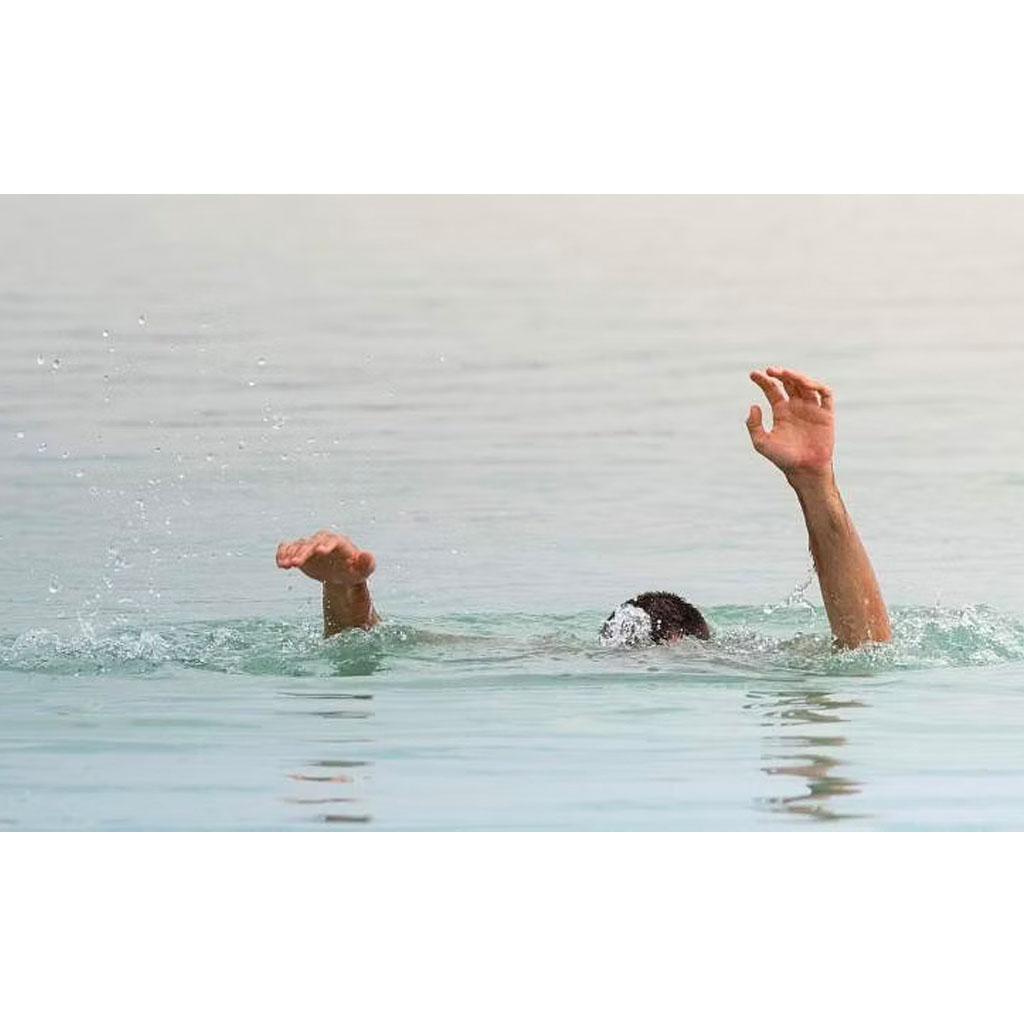 Osborn spotted the boy in distress and prepared to swim out himself. But then he saw how excited Max looked to swim again. So, Osborn yelled out to the pup and pointed toward the boy. Without hesitation, Max leaped into the water and did exactly as he was told.
“The tide was going in, and it was sucking the boy over to all of the big rocks, into a really deep part of the river,” said Osborn. 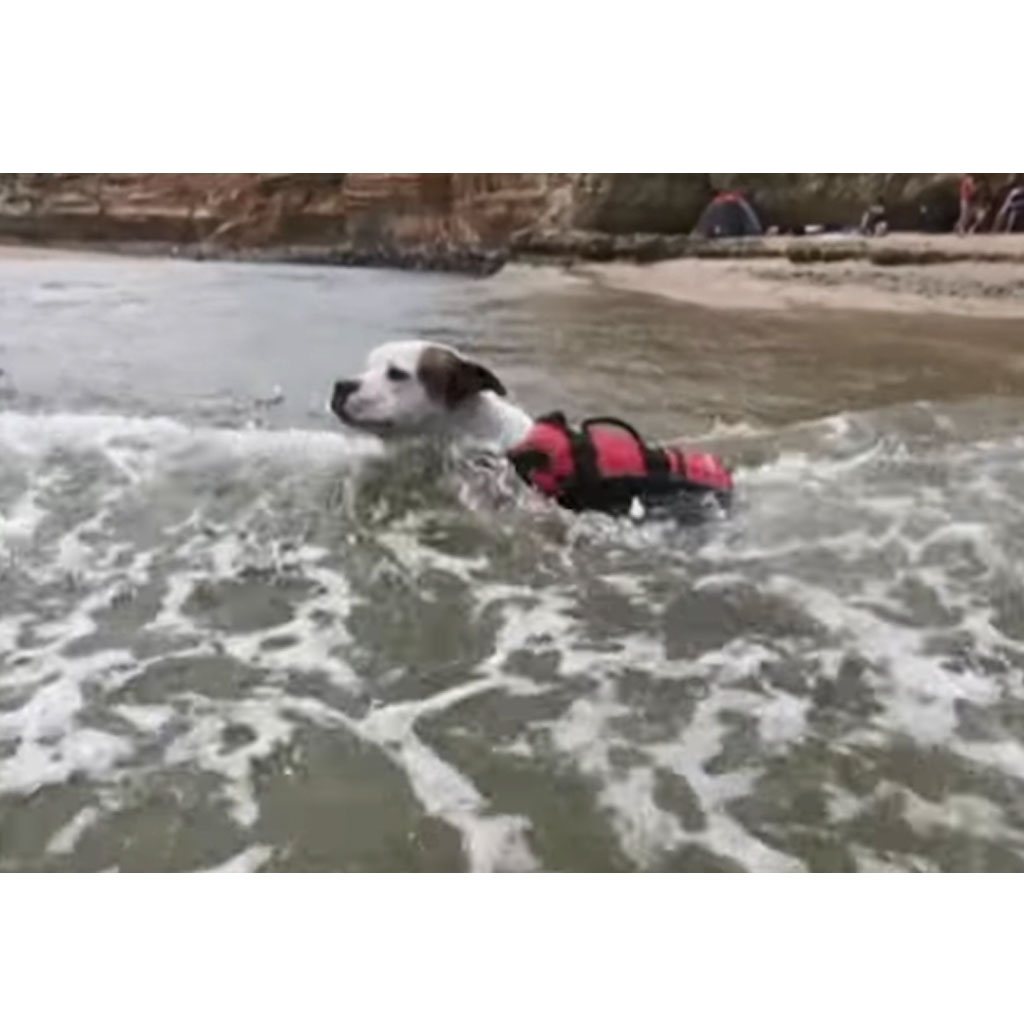 Max, who was wearing an adorable dog life jacket, paddled out to him. Osborn encouraged the boy to call Max, and when the pup neared, the boy grabbed onto the life jacket’s handle. It was clear the child was terrified, but at least he was in good paws. The boy rescue by Max. After the boy where his mother eagerly waited. The child seemed unharmed, but was understandably shaken. Of course, Osborn was incredibly proud of his furry friend. 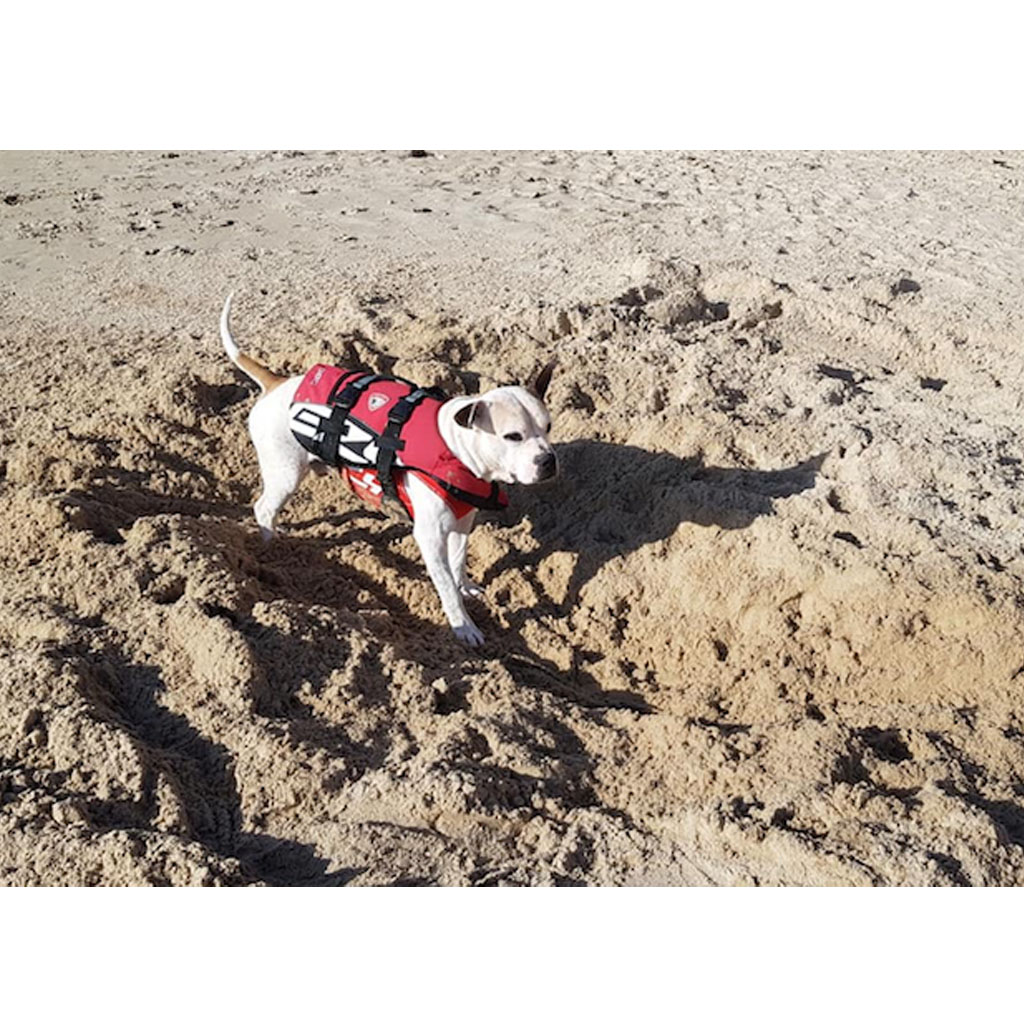 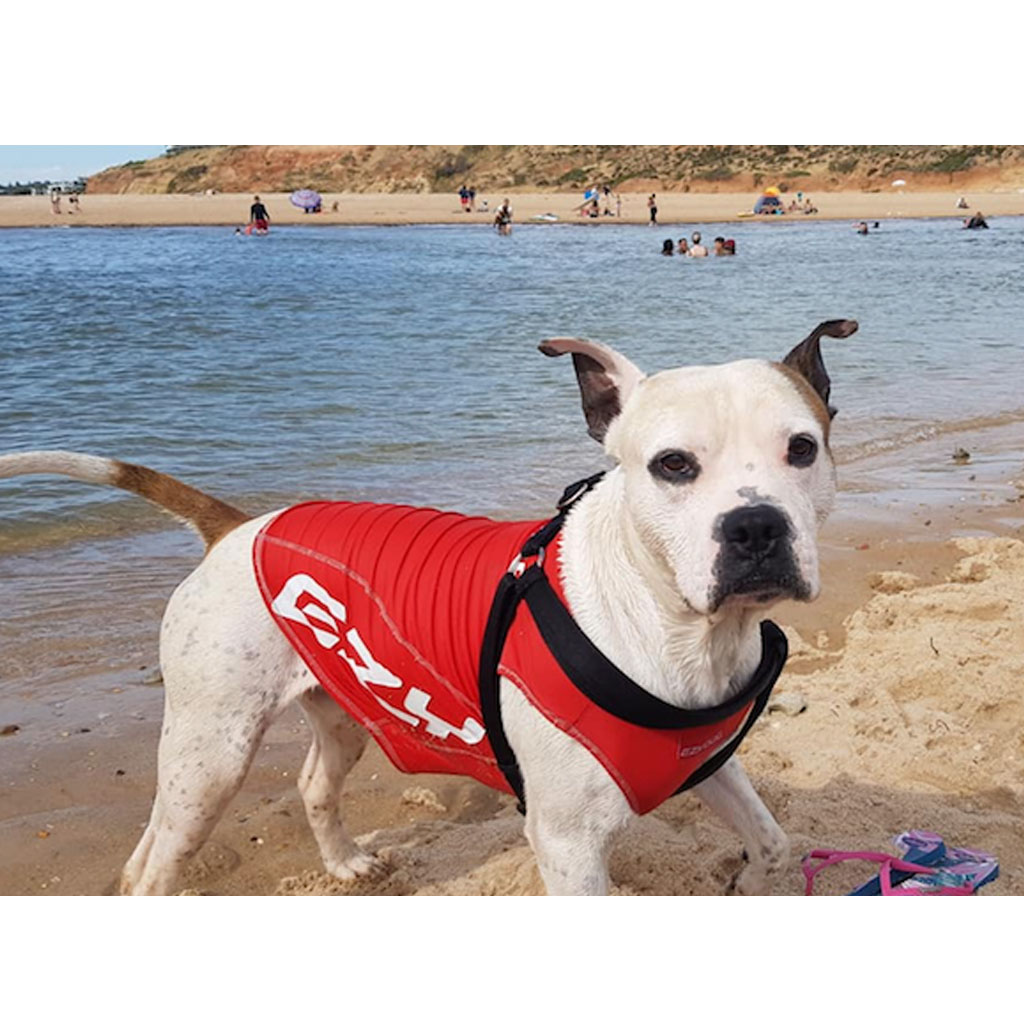 ‘He’s definitely a hero, he just doesn’t know it. He was just doing what he was told’, the proud owner said. Bulldogs and staffies have a reputation for being aggressive in nature, with many believing the breeds are unsuitable for life as family pets.

However the efforts of Max might help to change this perception. ‘Max deserves a medal he is such a hero. So gentle and so brave but viewed by the world as dangerous,’ wrote one commentator.