Sometimes the most beautiful things can be seen in the most unlikely places. Caiman wears the butterfly crowned also belongs to this category.

Mark Cowan is a man who has always admired the beauty of nature. During a study tour at Amazon, he was lucky enough to take this beautiful photo, which has since attracted the attention of many people. 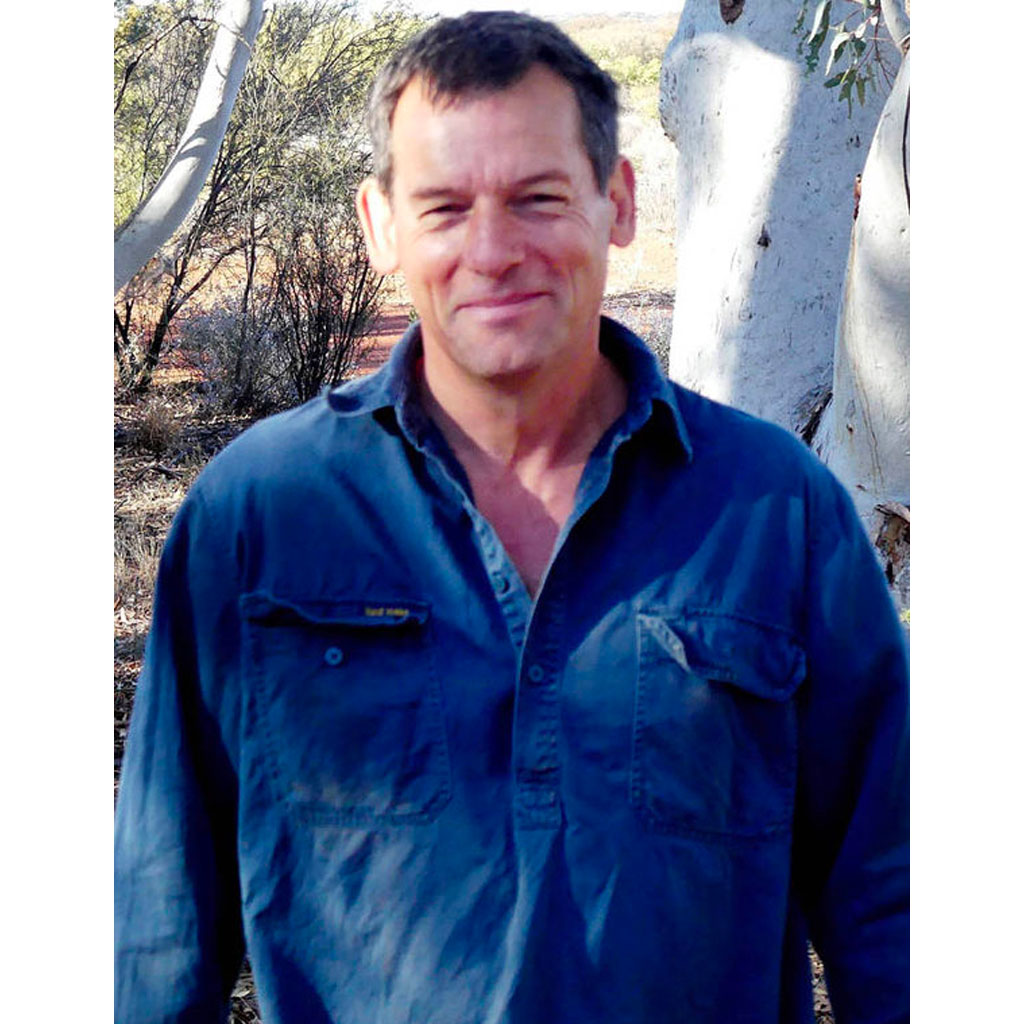 The 55-year-old ecologist said: “While I am an interested wildlife photographer when I have the time, it is really just for personal enjoyment. “My colleagues knew the shot was genuine because they saw the caiman, however many others said it must have been photoshopped! My camera wasn’t the best in the market but it still managed to take quite an impressive photograph. I certainly look forward to getting back to the same area in the future.” 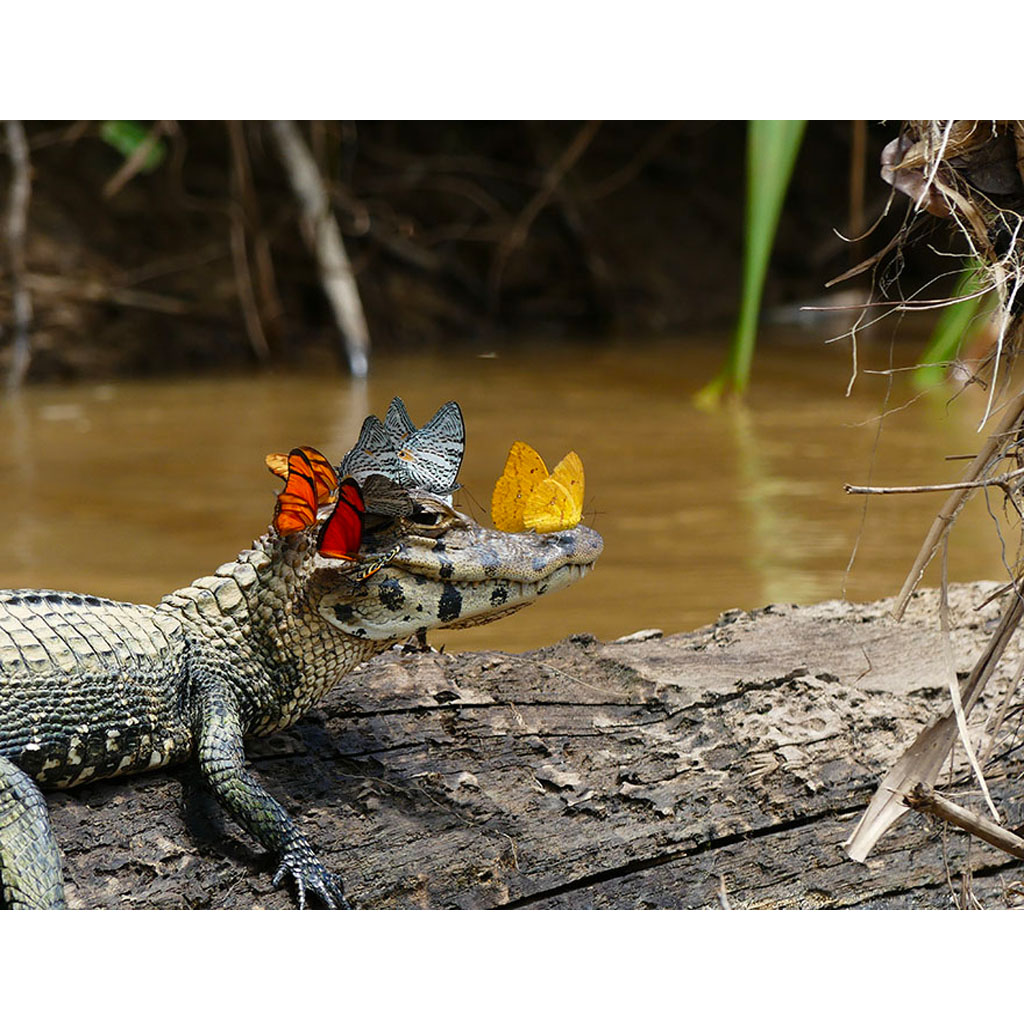 According to biology, butterflies need salt to survive. They landed on Caiman to pick up the salt accumulated on its skin. This relationship looks pretty beneficial for butterflies, although less so than for caimans. 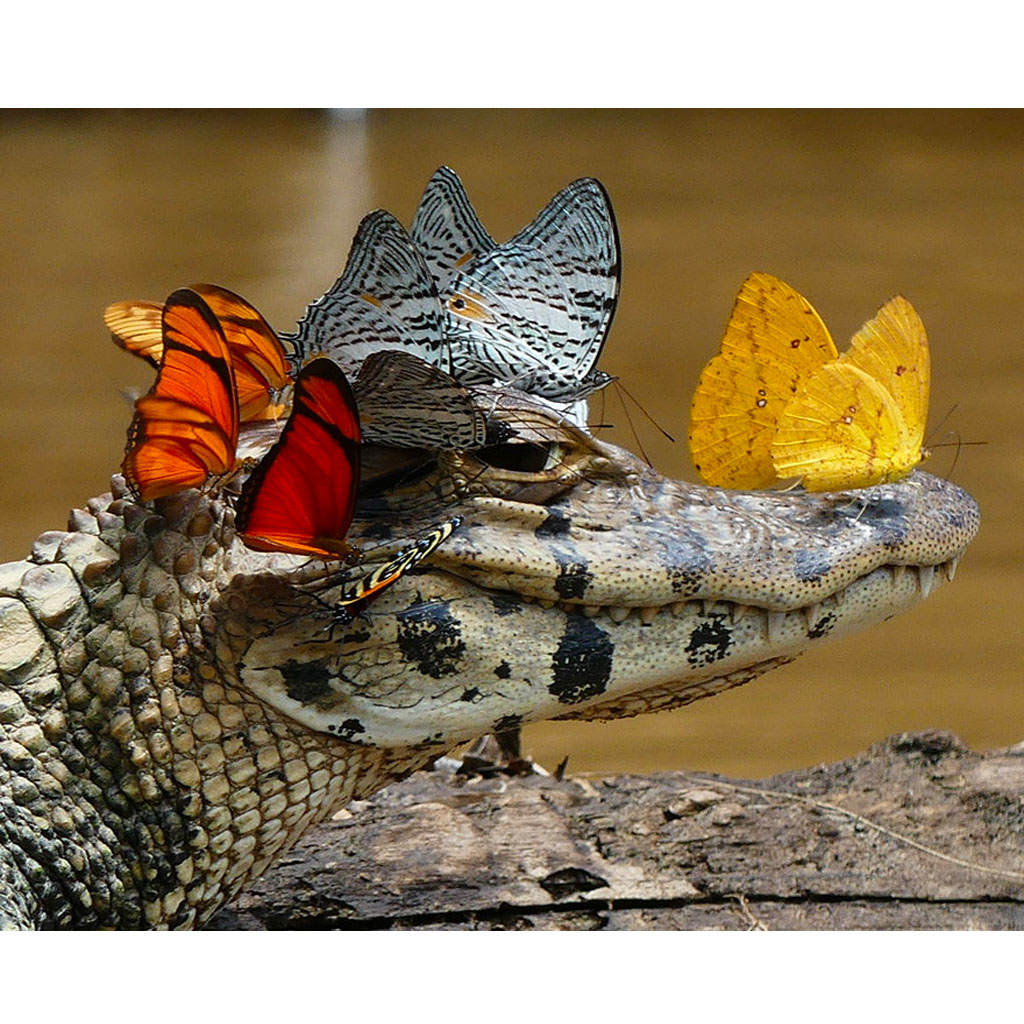 While traveling through the Amazon to study reptile and amphibian diversity with the Herpetology Division at the University of Michigan, photographer Mark Cowan happened upon a strange sight: a caiman whose head was nearly covered in butterflies. The phenomenon itself isn’t particularly unusual, salt is critical to the survival of many creatures like butterflies and bees who sometimes drink tears from reptiles in regions where the mineral is scarce (we’ve seen the same thing happen with turtles). What made this sight so unusual was seeing the butterflies organize themselves into three different species groups atop the caiman’s head. 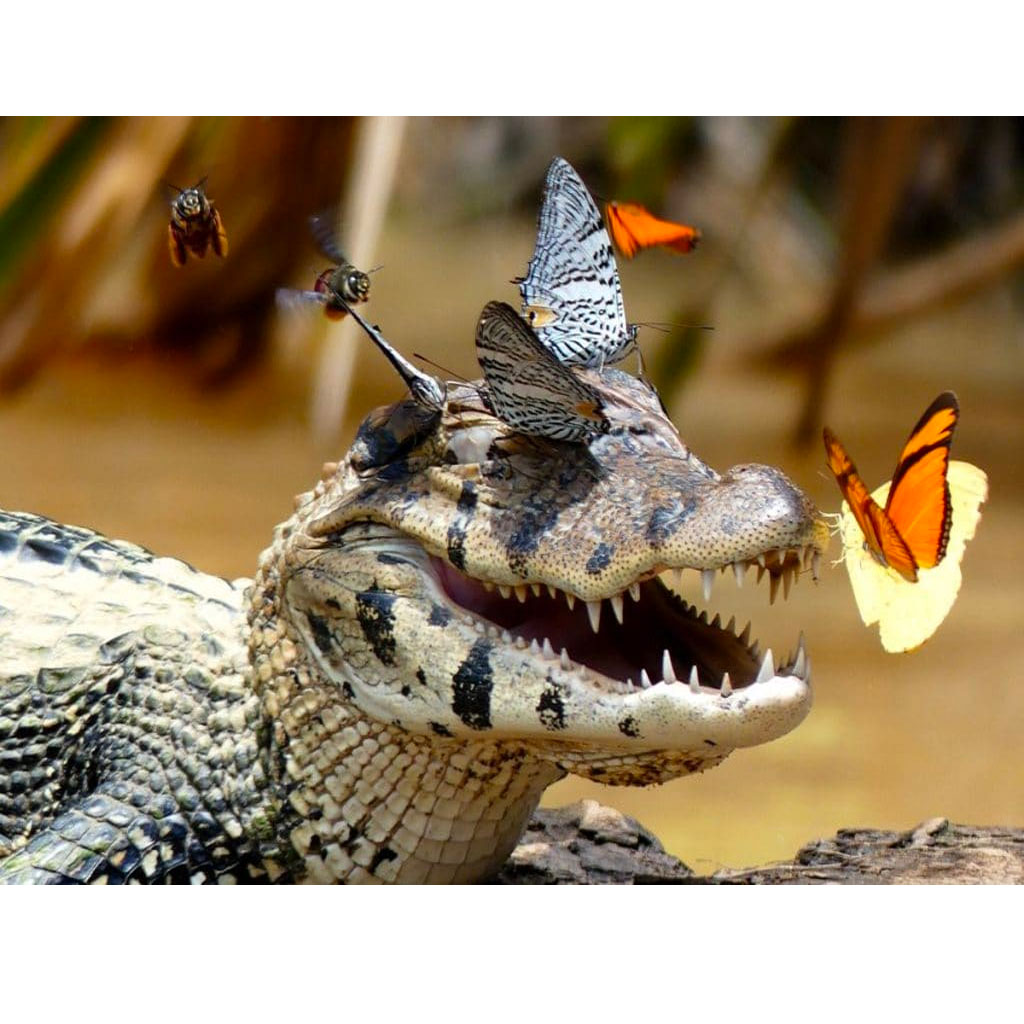 This fantastic photograph was also awarded by the royal society publishing photography competition’s ecological and environmental science category. Besides showing mother nature’s beautiful relationship, it also brings a message to all of humanity about how we can all coexist.

Most of the time, people tend to fi.g.ht with each other based on some artificial classifications like race, religion, region, gender, and many other facts. But, despite those differences, we are all human, and we can live together if we have the will and the want.