Two stray female dogs were doing their best to keep their puppies safe by working together. The unusual pairing came to the attention of Northwest Dog Project (NDP) after a Good Samaritan found the mama dogs and their litters in an alleyway in Los Angeles, California.

Huddled together on the ground were two skinny mother dogs — and they were tightly cuddling and nursing their nine babies. This alley was their only home, and they were raising their litters of puppies there together. 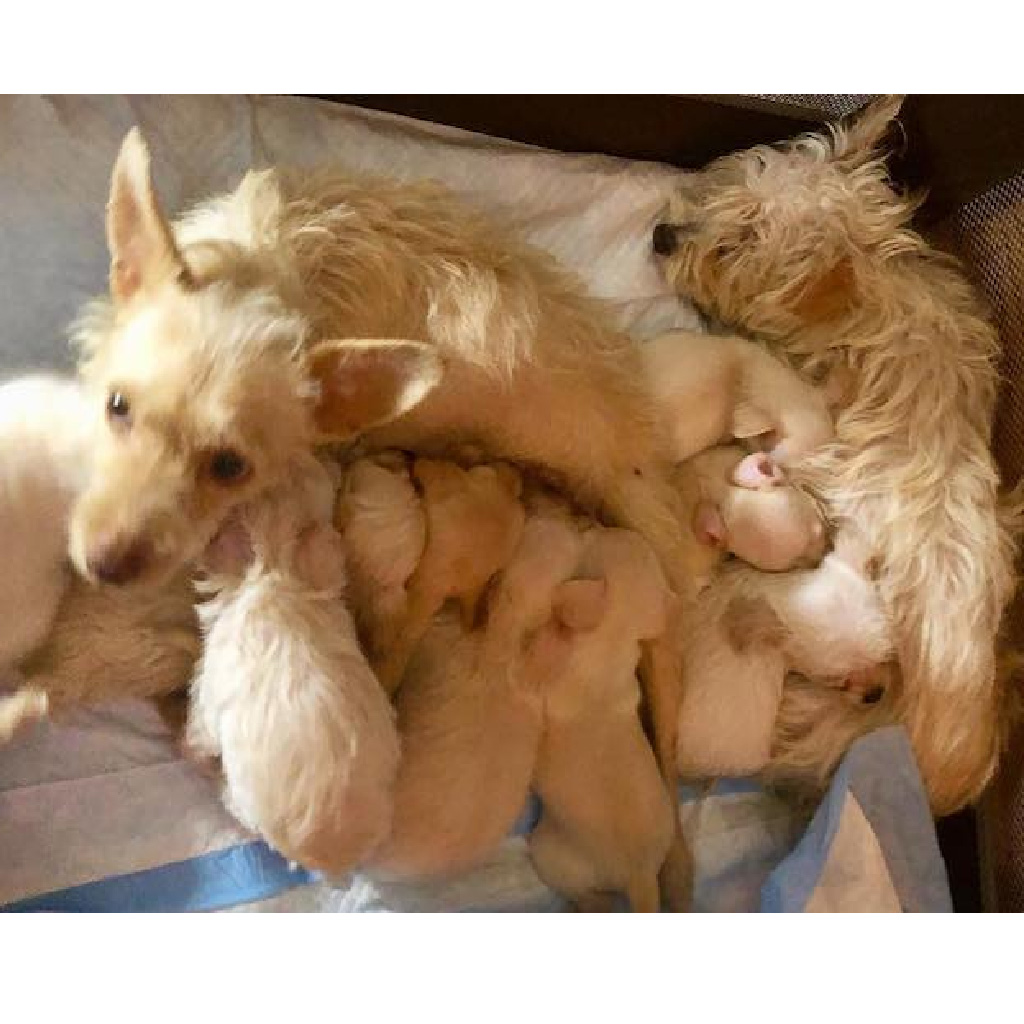 The kind woman couldn’t bear to leave without helping the family first. She took them all off the streets and into her home until they could be transferred to Northwest Dog Project (NDP) in Eugene, Oregon, later that weekend.
The 2 mama dogs, who had 9 pups — 7 females and 2 males, were named Louise and Thelma. The rescue team noticed immediately just how special the bond that the mother dogs. While no one knows for sure where they came from, it’s possible the two could be related. It was obvious that the mamas had been abandoned before so long as they were starving and malnourished. No one knows if they were dumped together or not, but what is known is that they were trying everything to keep the pups safe.

“I’m sure at some point the moms were dumped by someone,” Emma Scott, executive director of NDP, told. “They’re pretty underweight and malnourished … My take is that they had been living on the streets for a while now.”

No matter how the moms found each other, they’re now inseparable and have taken on caring for their nine puppies together as a team. They’re all settling in nicely at the rescue and seem so thankful for the comfortable beds and blankets, Scott said. The moms spend a lot of time just relaxing and tending to the babies, and cuddling with one another as well. 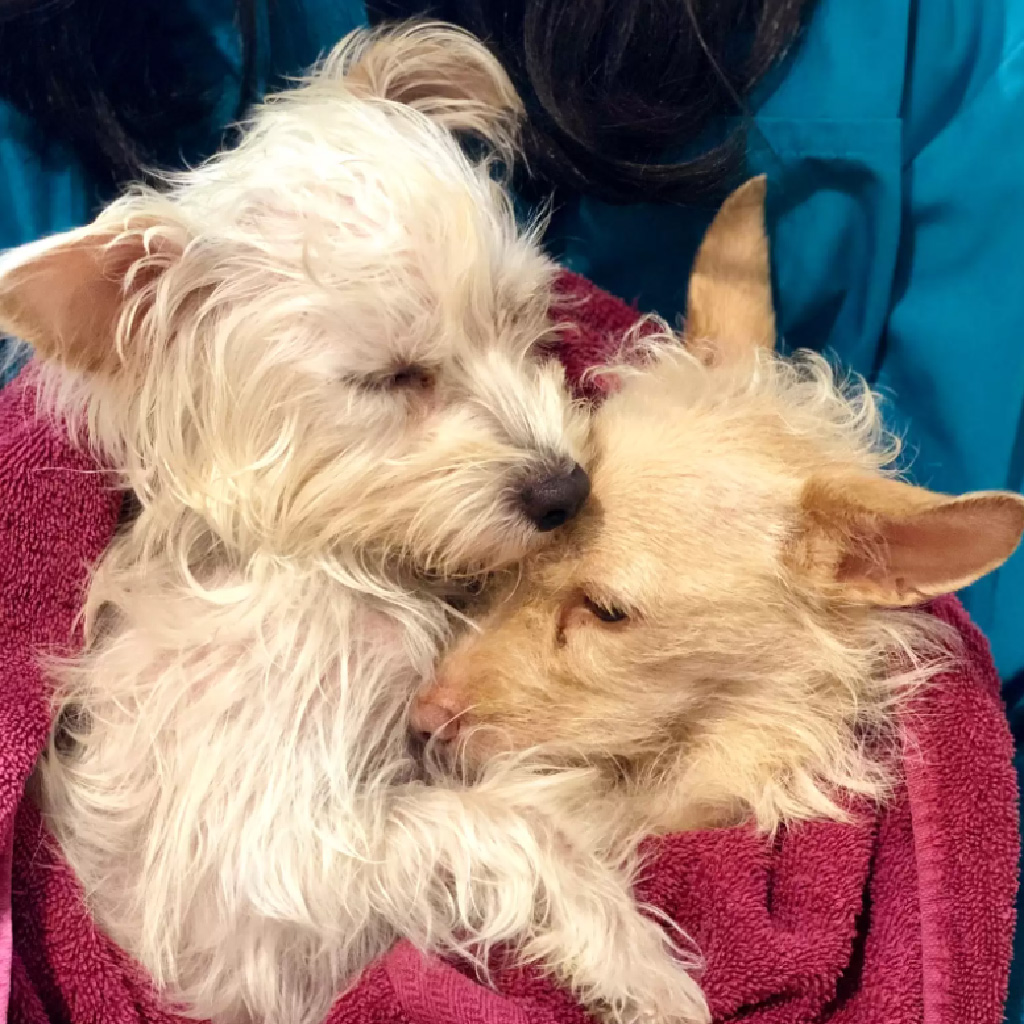 “They seem to have a routine mapped out — one mom grooms the puppies while the other nurses them, and then they’ll switch,” Scott said. “We can’t tell which puppies belong to who! It’s the first time I’ve ever seen something like this. They definitely have a sweet relationship.”

After sharing a post of the family on Facebook, the rescue was flooded with words of support from many women who, like Thelma and Louise, are single moms.

“People have really loved hearing about them,” Scott said. “We had a lot of women commenting, ‘Single moms unite!’ It’s really special to see them taking care of one another alongside raising the puppies.” “The moms are both super sweet,” Scott said. “Originally they were a bit nervous, but now they’re seeking out affection and rolling over for belly rubs. And the puppies are just hilarious and tiny. They’re adorable and make it so easy to stay in that room all day.”

At around 12 pounds each with adorable fuzzy hair, Thelma and Louise both appear to be terrier mixes. Their pups are fairly tiny, so it’s likely they’ll grow up to be small to medium-sized adults. Taking after their moms, most of the puppies are girls — there are only two boys between the litters. 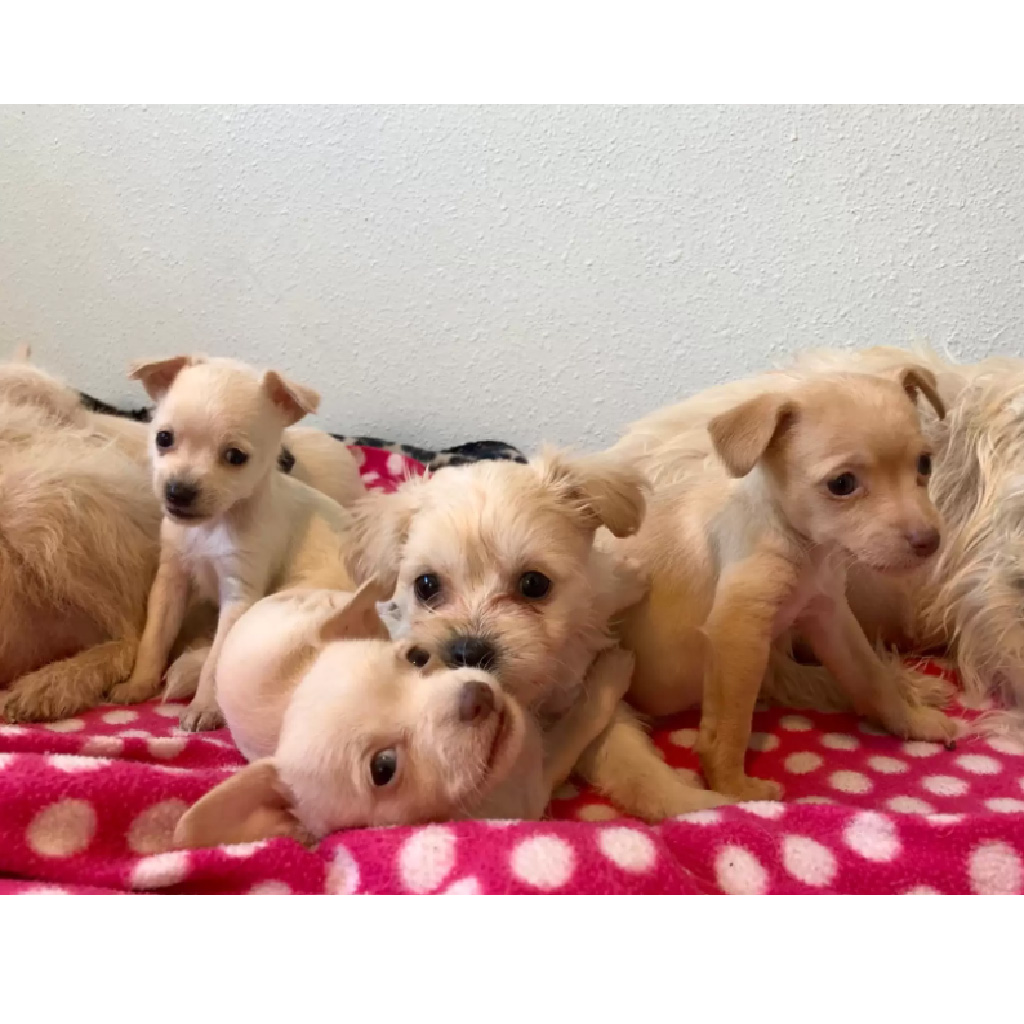