Nothing hurts us more than the loss of our mothers. It happens with both humans and animals. The hedgehog babies were abandoned when their mother passed away right after giving them birth. Luckily, these cuties found Musya as their new mom and she welcomed them all with open arms. 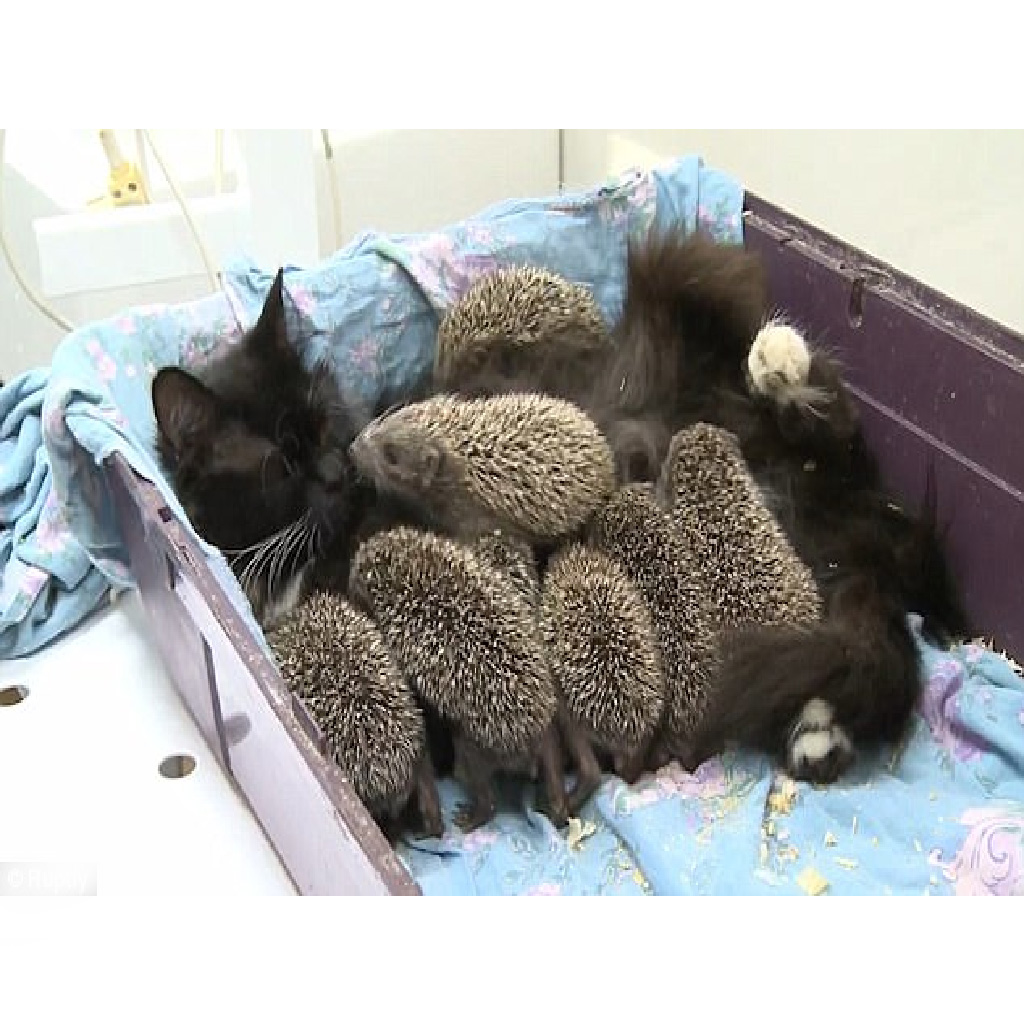 The newborns refused to be fed unnaturally, from a bottle or syringe. It meant that they might be starved if the situation kept going on. Luckily, the cute pack was adopted by a dedicated cat mom. 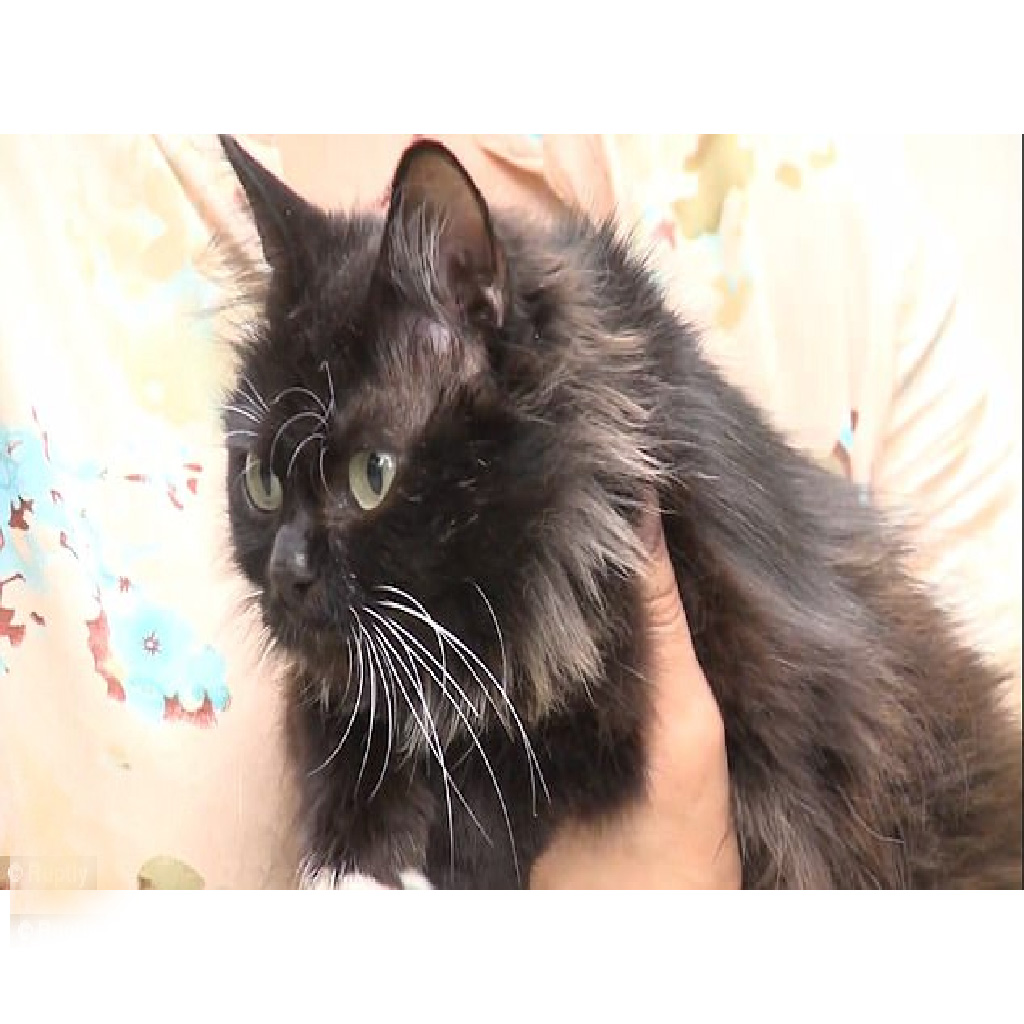 Musya had taken care of some other foster kittens before, so she still had milk left in her. When she was introduced to eight baby hedgehogs, she didn’t hesitate to open her arms for them. 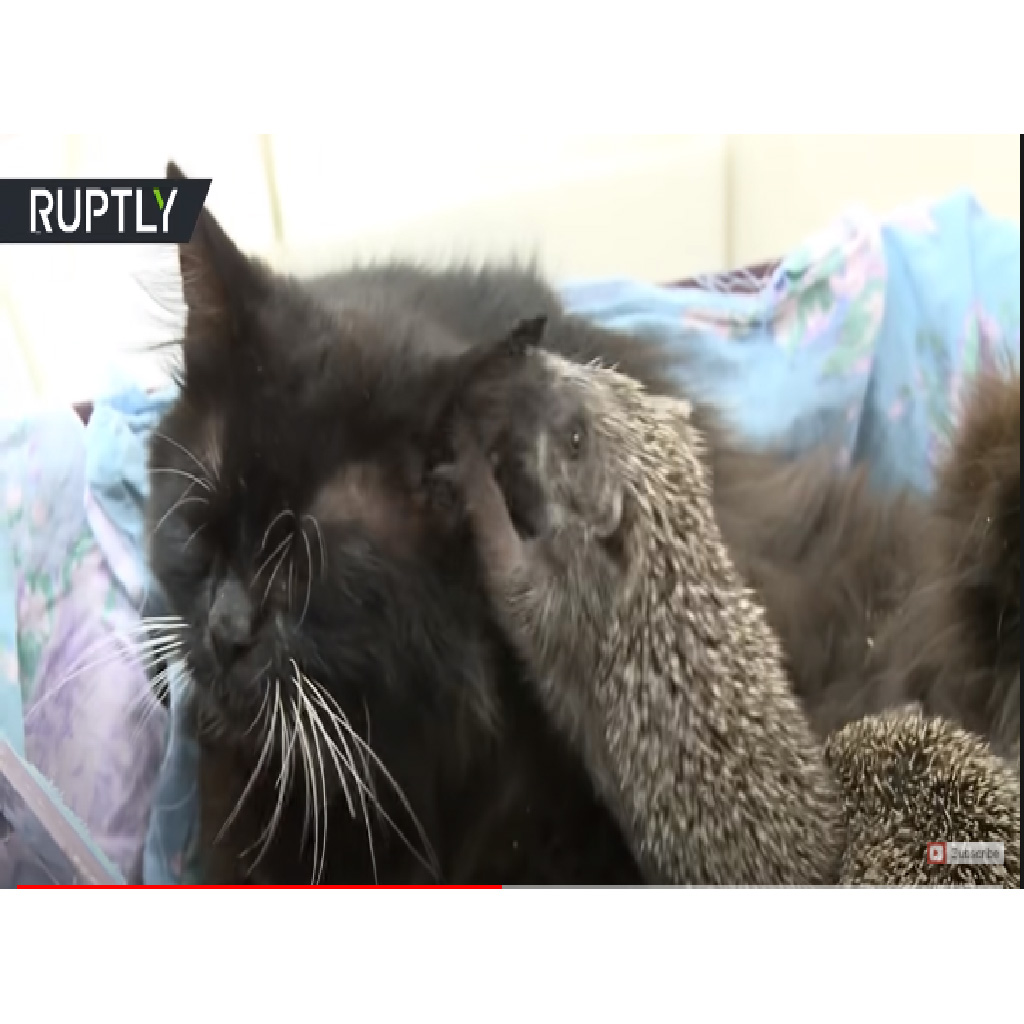 In just a few seconds after they met, Musya took to the little orphans and even lay on her side, encouraging the babies to nurse. Caregivers are watching the mama and her unusual babies, making sure she is comfortable.
The mom cat fed her spiked babies and became a wet nurse to all. She never missed caring for them at night. 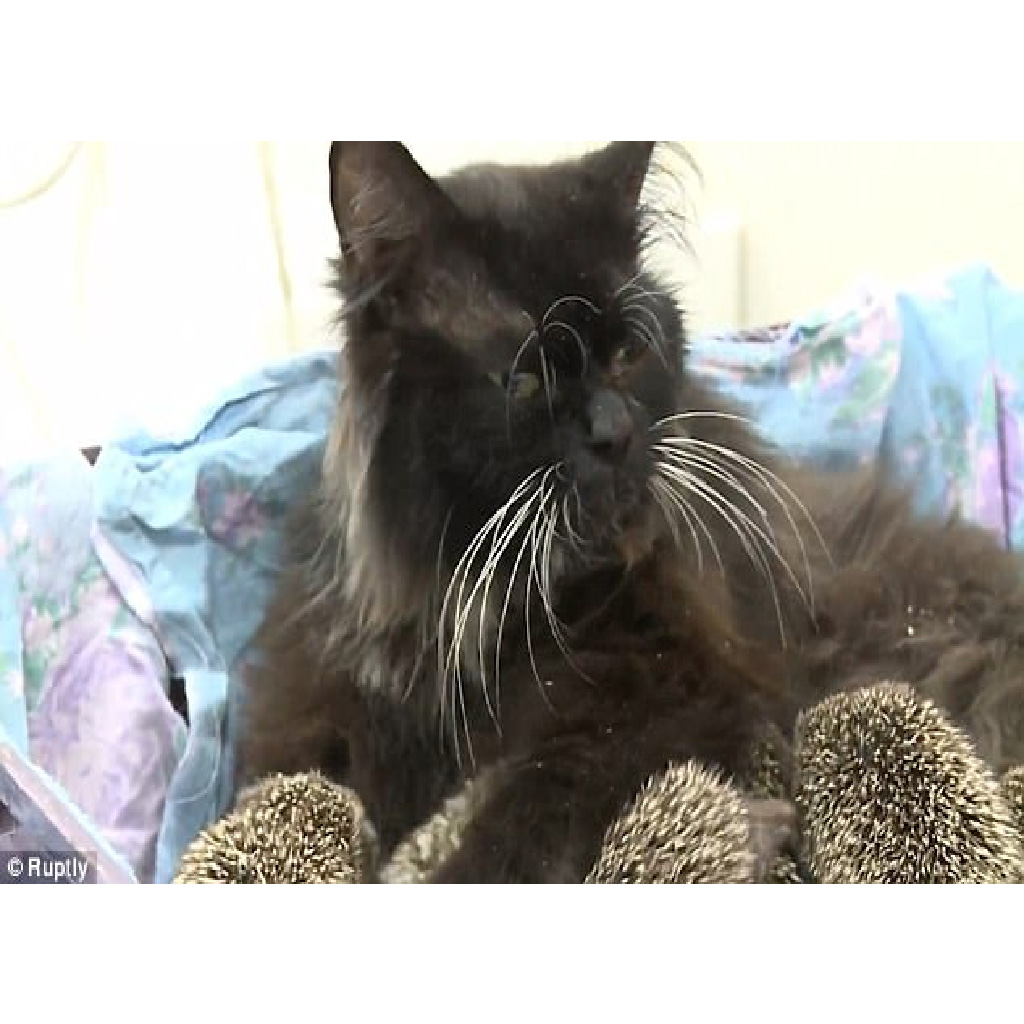 ‘Literally, after a couple of seconds they approached the cat, they understood at once what to do, having felt her warmth and the smell of milk. Surprisingly, the cat also understood instantly what was expected of her. She lay down and fortunately, the hedgehogs began to nurse.’

She treated them as her own and spent the best for her children.
These heartwarming moments were captured on camera and went viral when shared on the Internet. The bond between the mom cat and her hedgehog babies is one of the purest things in this world.