A momma bear in Connecticut stopped traffic as she attempted to get her four cubs across the street, which proved no easy task, evidenced by the fact it took upwards of 20 minutes to get the job done.

The momma bear went back and forth crossing the road, trying to get all the cubs to follow her as she carried one in her ᴛᴇᴇᴛʜ, but not all of them were cooperating. They weren’t getting the idea, especially the one which started to climb a telephone pole.
A video was taken by Robin Covelli, who said on Facebook, “I was very lucky to witness this today. This poor mama bear tried for 15-20 minutes to get her 4 (yes 4) cubs across the street. As you can see they were not very cooperative, but oh, so adorable! I’m sure many of you moms out there can so relate!” 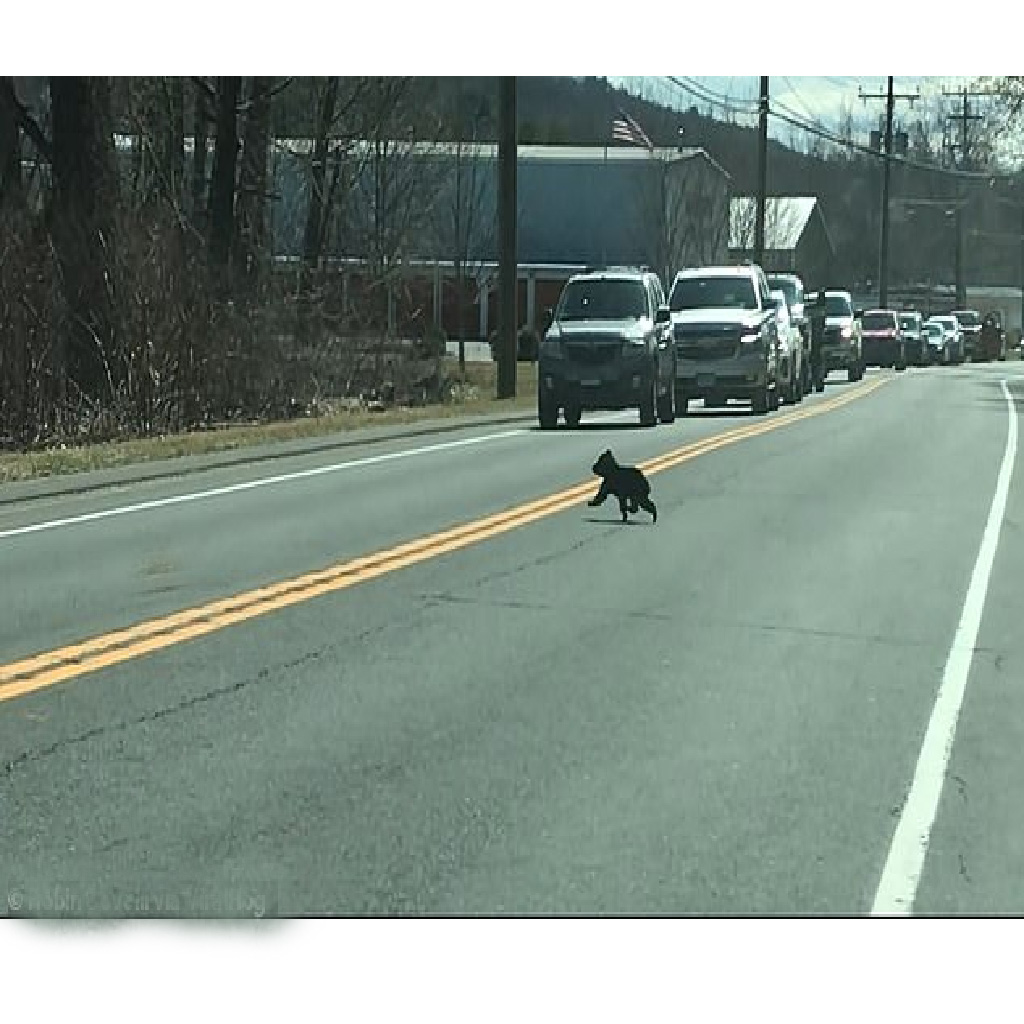 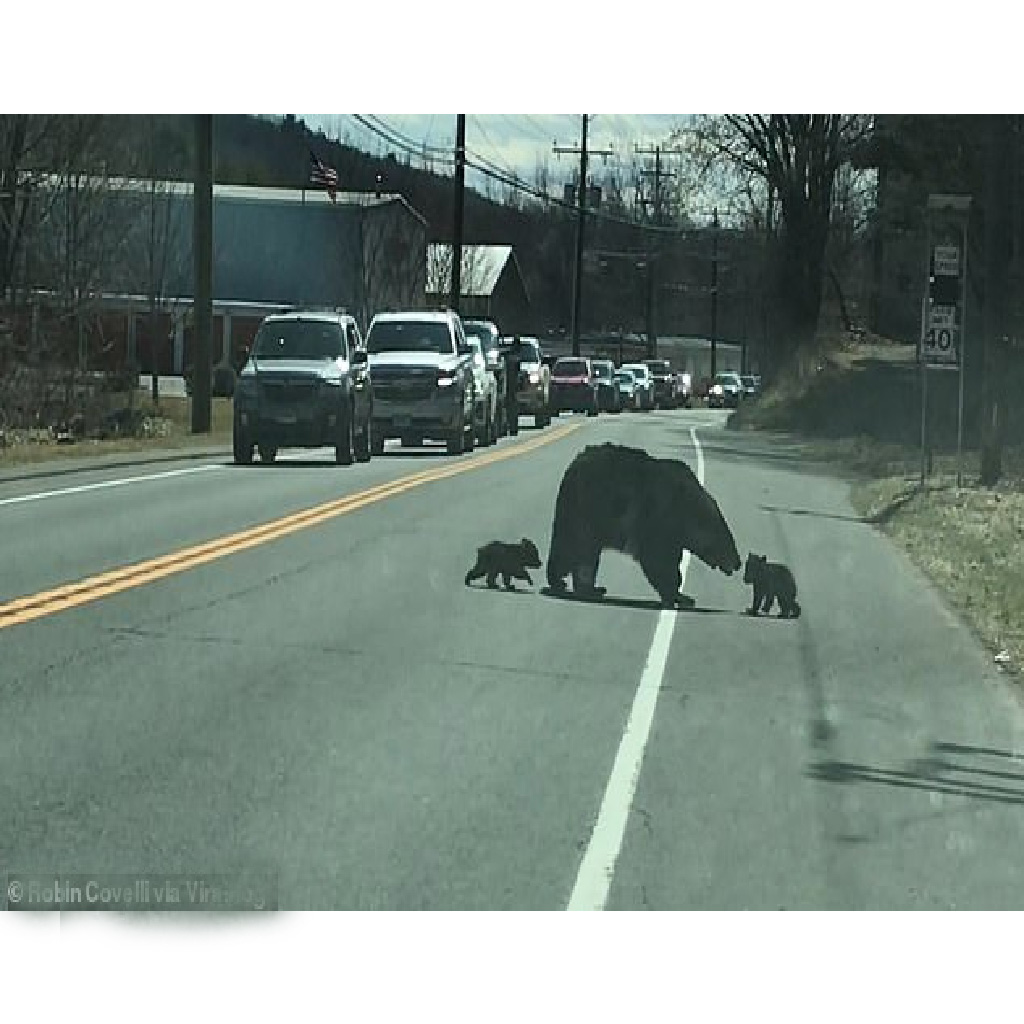 The adorable video, shot on January 9, depicts the difficulty she had, with the fourth cub refusing to cross, and trying to climb a utility pole instead. https://www.facebook.com/PlayfulAnimals.FM/videos/973648030238528

The hilarious encounter occurred Saturday in Winsted with no less than three people capturing video, all of which were featured by ViralHog. The one shared by Rabbi Benjamin Washington seemed to be the most fun:
At one point, the wife can be heard saying, “I feel you [mother bear].” And when a cub retreated back across the street against its mother’s wishes, you can hear the husband say, “She’s like, ‘Are you kidding me? I just got your brother over there.’” 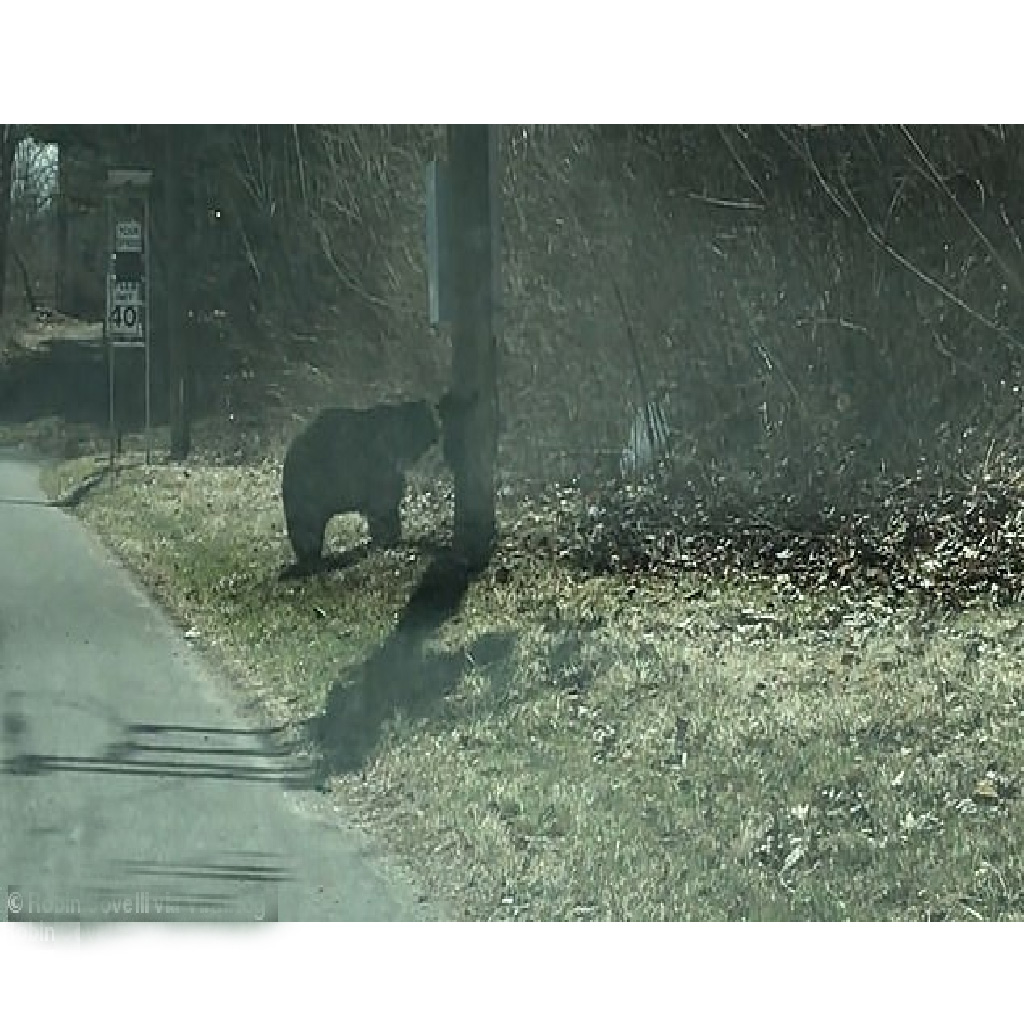 The police from nearby Winchester was called to the scene, but drivers were waiting patiently for the bear to get her brood safely to the other side.

Connecticut is home to about 5,000 bears, and many call this forest home. We know that it’s best to not approach black bears, especially protective mama bears. Black bear sightings in Connecticut are becoming common as their population continues to grow.
In 2019, there about 7,300 bear sightings from 150 of Connecticut’s 169 towns were reported to the state’s Department of Energy and Environmental Protection. The highest concentration of bears can be found in the northwest region of the state.