It has to be a special connection between dogs and little babies since it’s really hard to find a more heart-warming duo. While the little humans are innocent and constantly looking to play and have fun, dogs compensate by showing off their responsible side and trying to keep their companions out of trouble. However, they both seem to have something in common: tasty food. So when this mom in Utah is offering a treat to her little baby boy and the family’s dog is there too, it could only end one way – extremely cute. 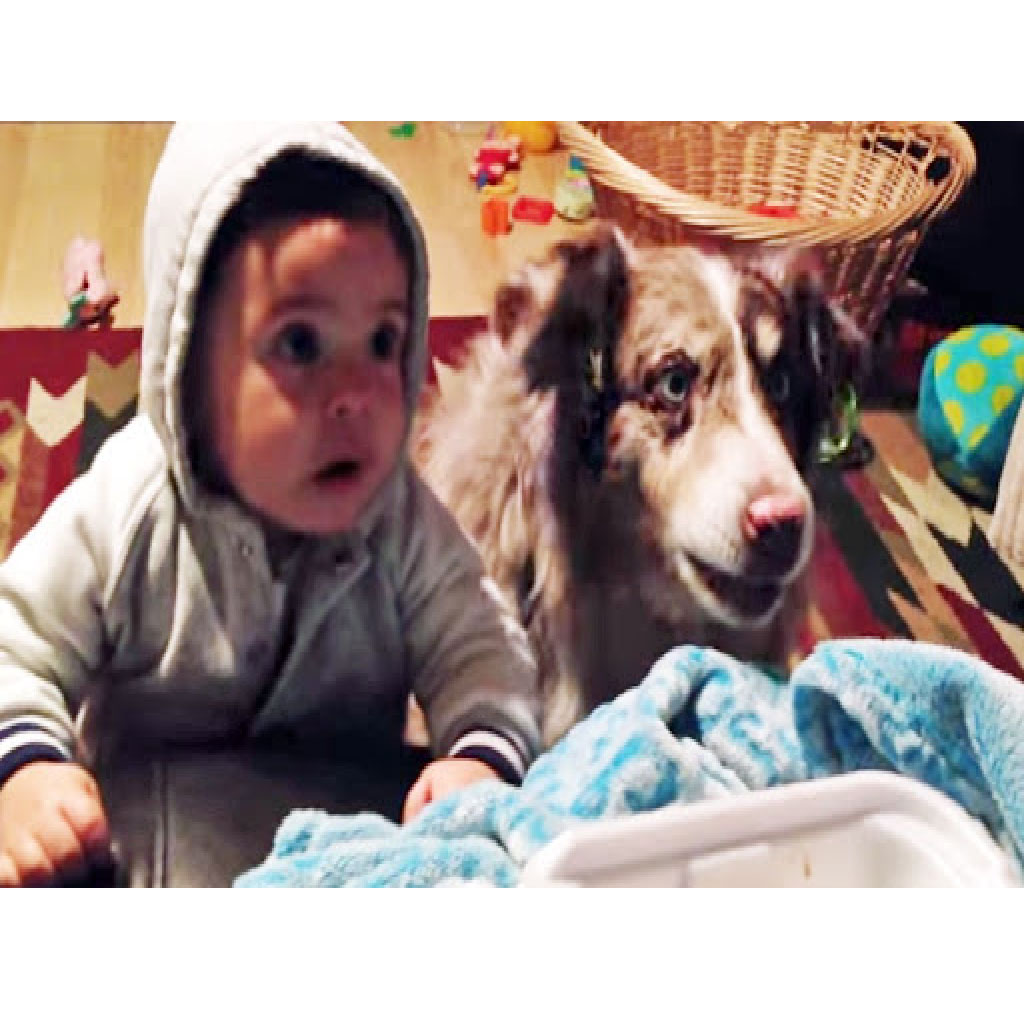 When one mom in Utah tried to teach her baby boy to say “mama”. She promises to offer him some delicious food in return. And while the mother is waving the food in front of little Sam’s eyes, he doesn’t have any intention of saying the “mama,” even if he’s so interested in the treat, his mom is offering.
But Patch, a miniature Australian shepherd is also in love with tasty food, and apparently more responsive. So it doesn’t take too long until the clever pup realizes what their mom wants in return for the food. Believe it or not, the cute pup says “mama” instead of the kid. And he didn’t say it only once but three times, leaving the woman open-mouthed. As promised, mom gave him the reward to Sam’s disappointment. 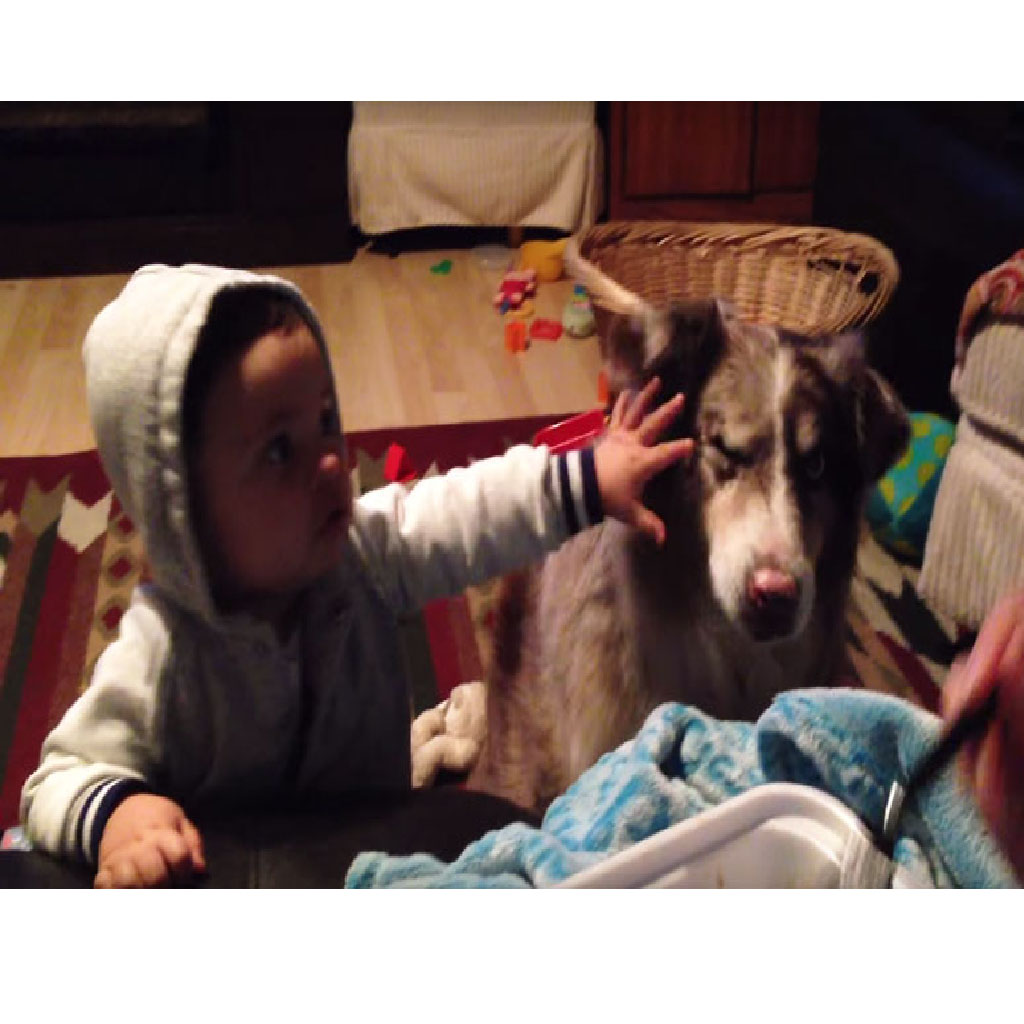 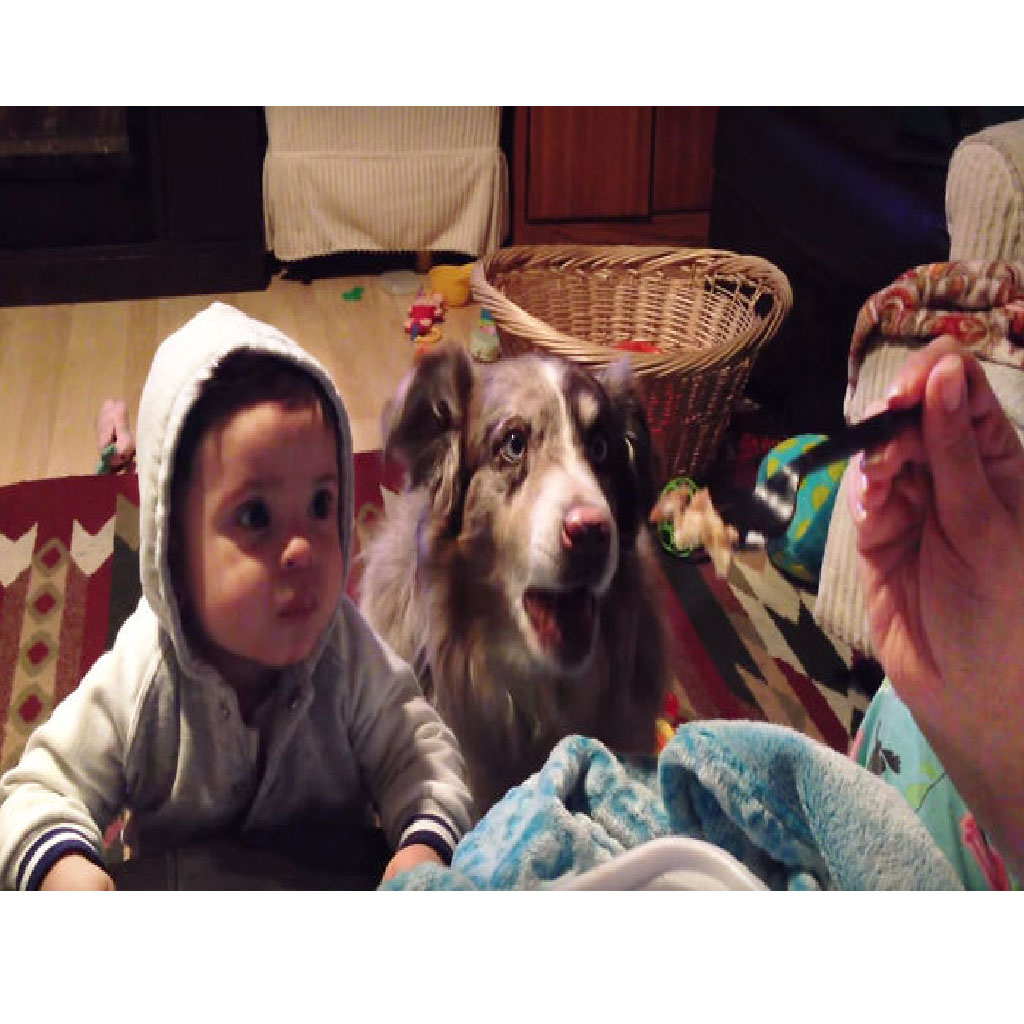 Patch is clearly a very clever dog and a valuable member of the family too, according to his human mom.
In the adorable video, uploaded to Youtube by Sam Giovanini, the little boy even seems to try to get the dog to pipe down as he grandstands for mom’s attention. In a later video uploaded by the same user, it’s clear that Patch, a miniature Australian shepherd, did get rewarded for his extraordinary effort. It’s no wonder why the lovely footage gained over 14 million views on Youtube alone. Have a look, bellow!
https://www.youtube.com/watch?v=I_zW6APE1qQ 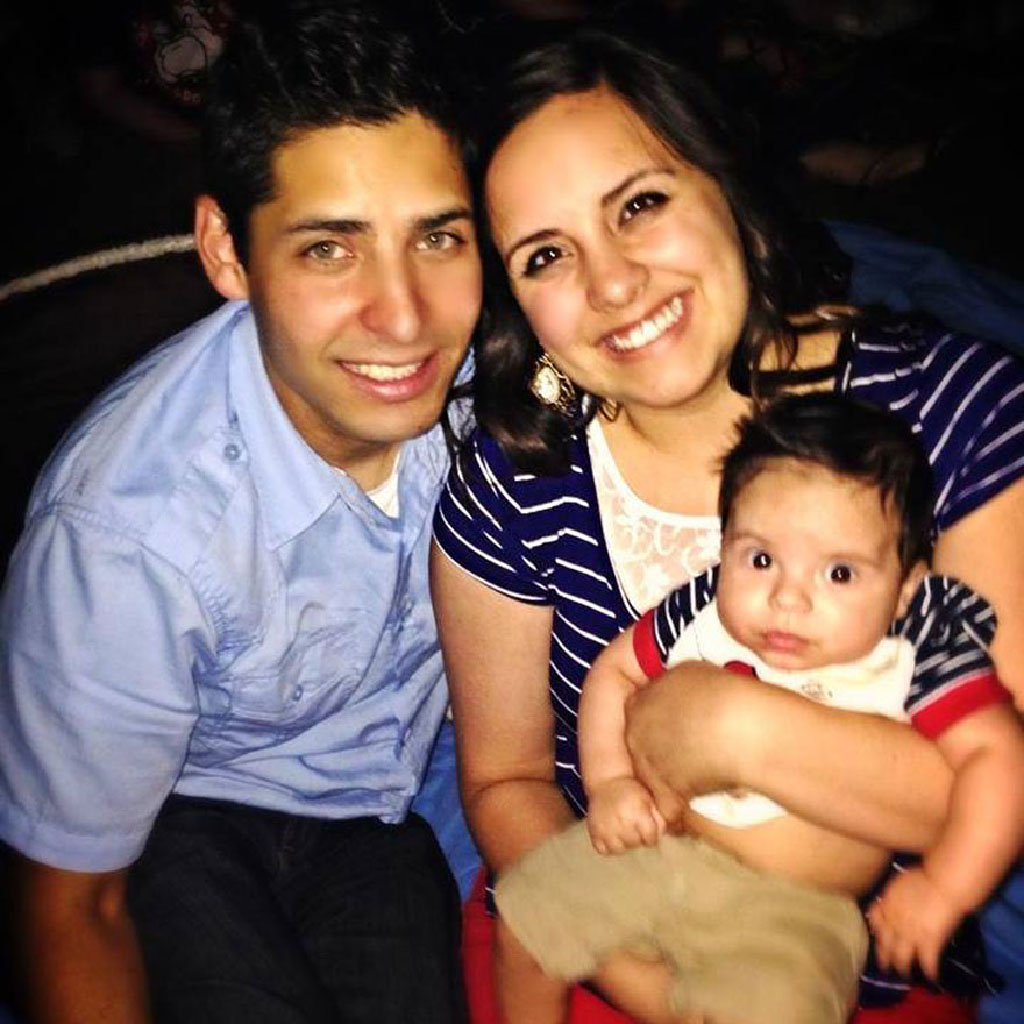 Speech is something that is uniquely human. Babies learn to speak around the 12-18 month mark.
Designed like a sponge, babies are always absorbing the world around them. At 9 months, many babies can understand a few words that humans are saying! For many, the word “no” and their names are commonly understood.
Before babies learn to talk in a real language — English, say, or Spanish — they babble and coo, playing with sound. That’s baby talk, and baby talk sounds similar the world over.
Many parents know the journey of getting their baby to talk. Repeating words and hoping they mimic you are a part of getting them to learn. One of the funniest things is parents who try to get the baby to say who they are first! Dads always want the baby to say “dada” and moms want their baby to say “mama.” We all know who usually wins that battle, though! In the video, a family is trying to get their baby to say “mama.”