Polar bear is the largest land predator on Earth and definitely one of the most dangerous wild animals to be around of. However, that doesn’t stop a couple in Canada to raise a polar bear as their pet. Meet Mark and Dawn Dumas and their really unusual pet, Agee, the polar bear 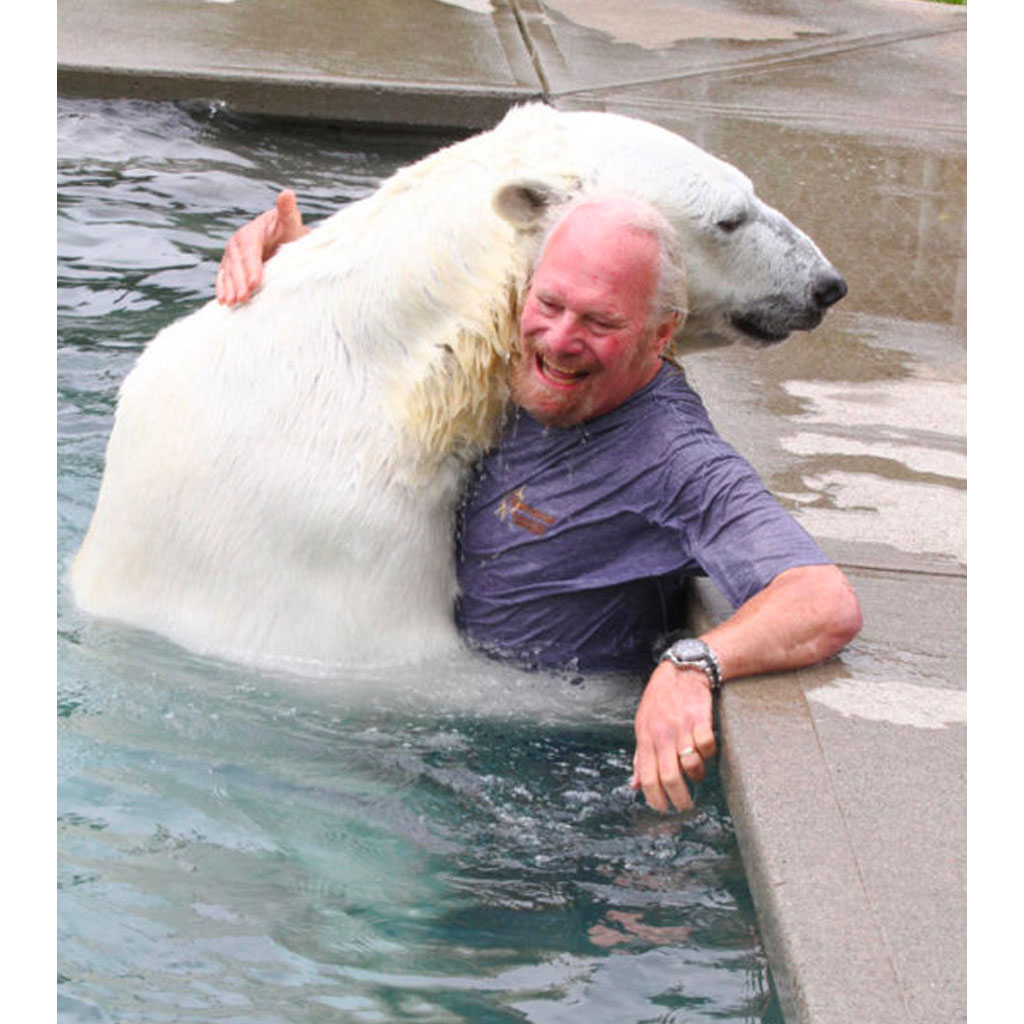 A man from Canada enjoys his friendship with a polar bear. The man adopted this bear from her birth. The polar bear is an unusual pet. The man’s name is Marc Dumas. He is 67 years old. He became friends with a polar bear for already 23 years. 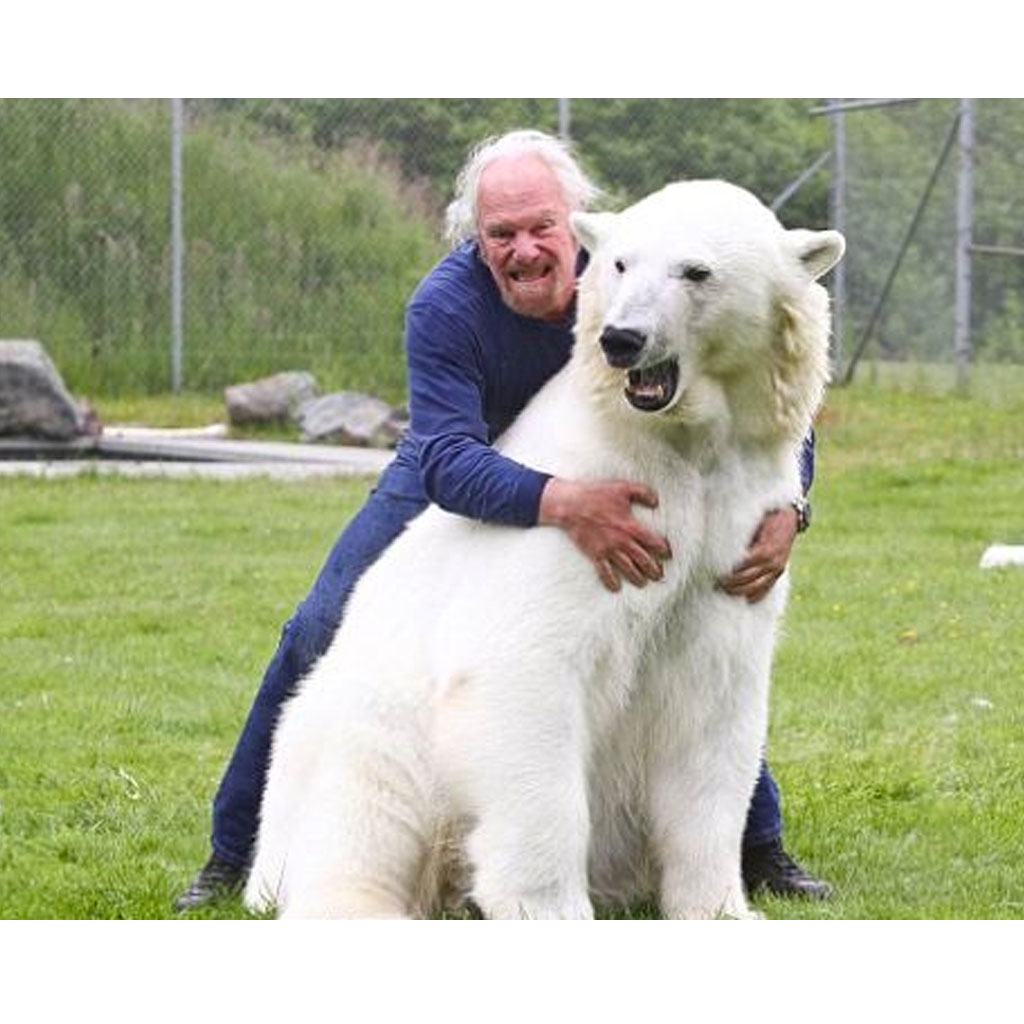 According to Mark, they’ve raised Agee since she was only a cub.They adopted her back in 1995 an she’s living with them, ever since. Now, she’s a 800 lb famous polar bear, after she managed to star in some TV commercials and movies. Even now, after they managed to form an incredible bond, Mark admits he’s treating Agee with the utmost respect, every single time. On the other hand, the couple says Agee is just like any other spoiled pet and they love spending time together. The Dumas’ are ready to satisfy all Agee’s desires, but the thing she actually adores the most is swimming in the pool with Mark. 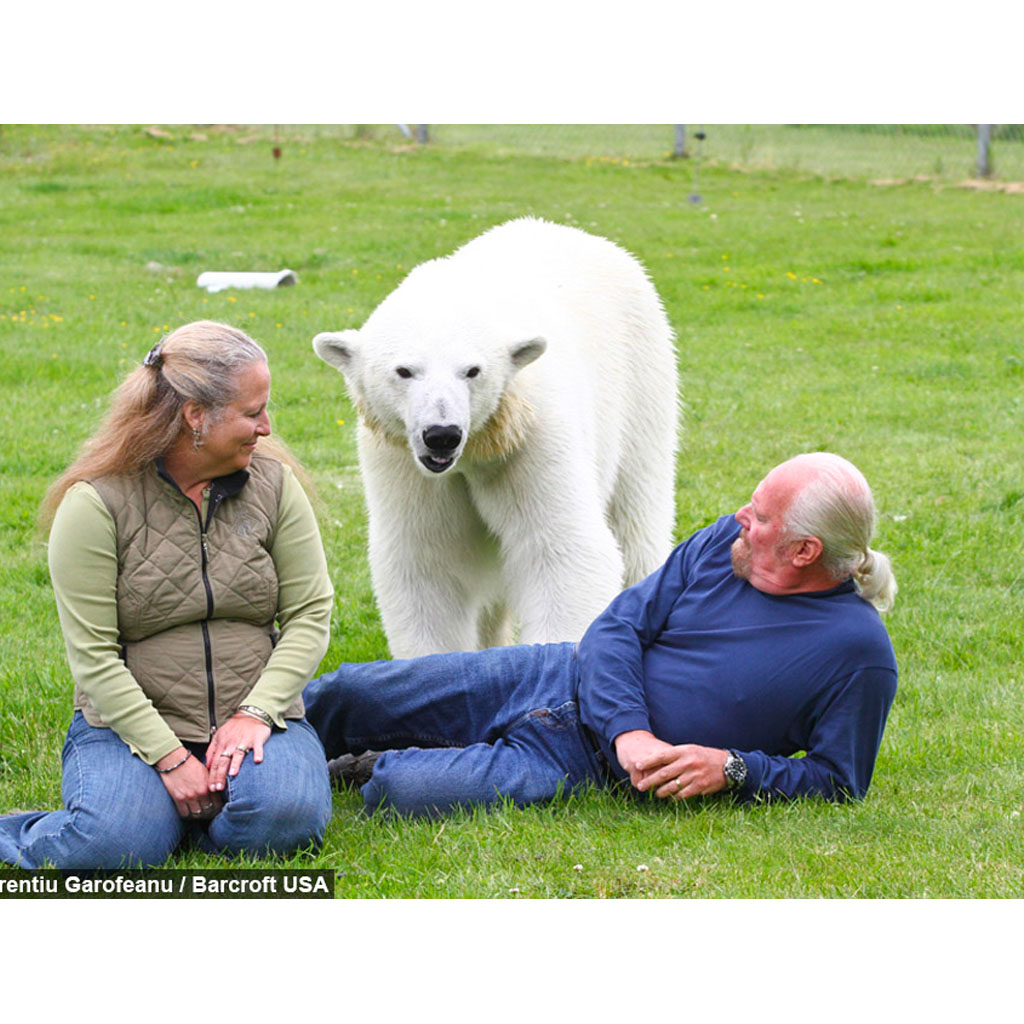 Agee has lived with me for her whole life.She’s always there. I’m with her until she passes or I pass. I mean, that’s just the way it is,” ,” Mark told. “Aggy’s life is a really good life. She doesn’t have to hunt, all the groceries are brought to her and it’s top-quality food. She actually enjoys going to work. When I pull the trailer out she gets very excited about the fact that the trailer is there and she’s gonna go somewhere.” 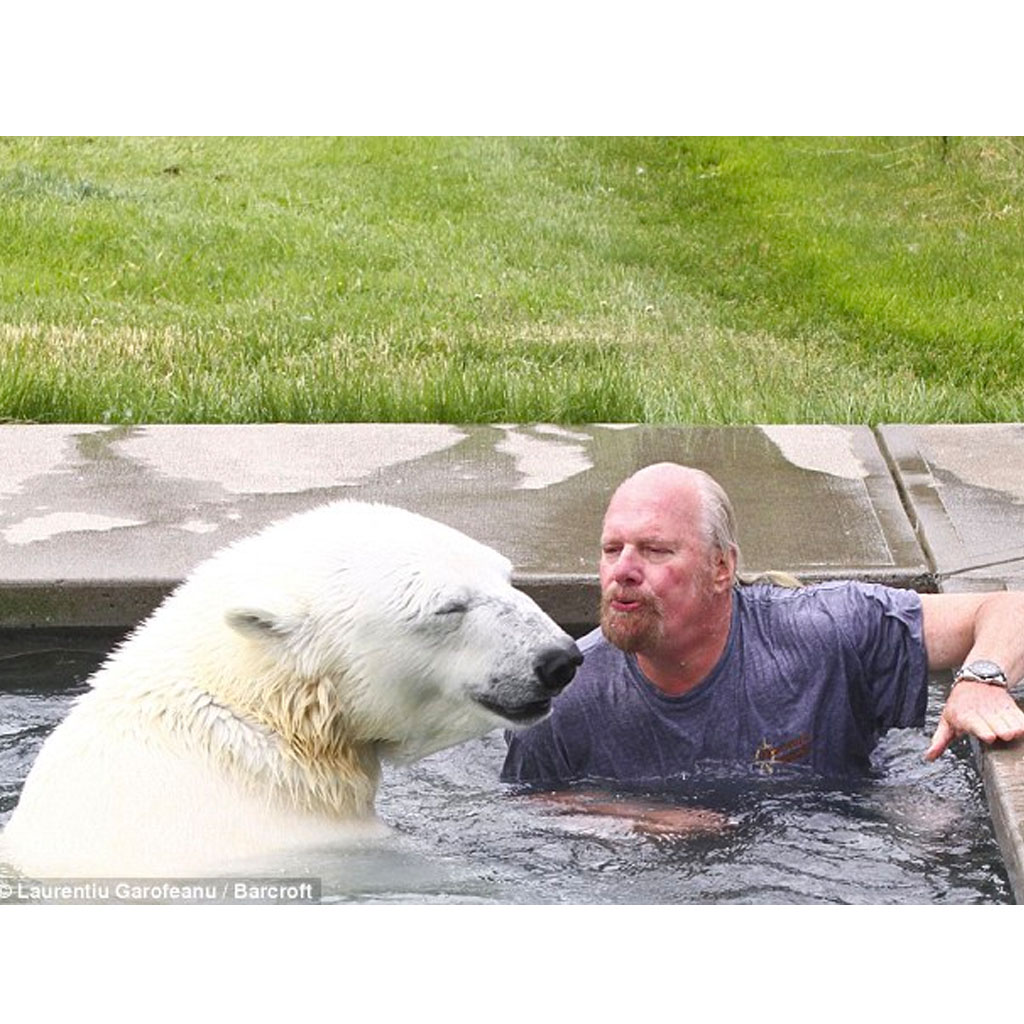 And maybe that’s the reason why Agee is a very health 23 years old polar bear, thinking the lifespan of a wild polar bear is 15 to 20 years. In captivity, these majestic animals could live up to 35 years. The oldest polar bear to live in captivity was 42. “She’s 23 years old. In captivity they live until they’re roughly between 30 and 35 years old,” Mark said.

The man adores animals and animals adore him. But the bond between him and the polar bear is very strong and uncomparable. Angie has everything she needs. She is surrounded with love and care. The bear is 350 kilos and she is used to be surrounded by people from the time she was born. The bear played her first role in a movie in 1995. The bear also takes part in the advertisements.