Cats are notorious for carrying an attitude of their own. They are at times bossy and demanding too. They will do anything to get noticed, one look at their big innocent eyes and you can’t help but give them all they want. 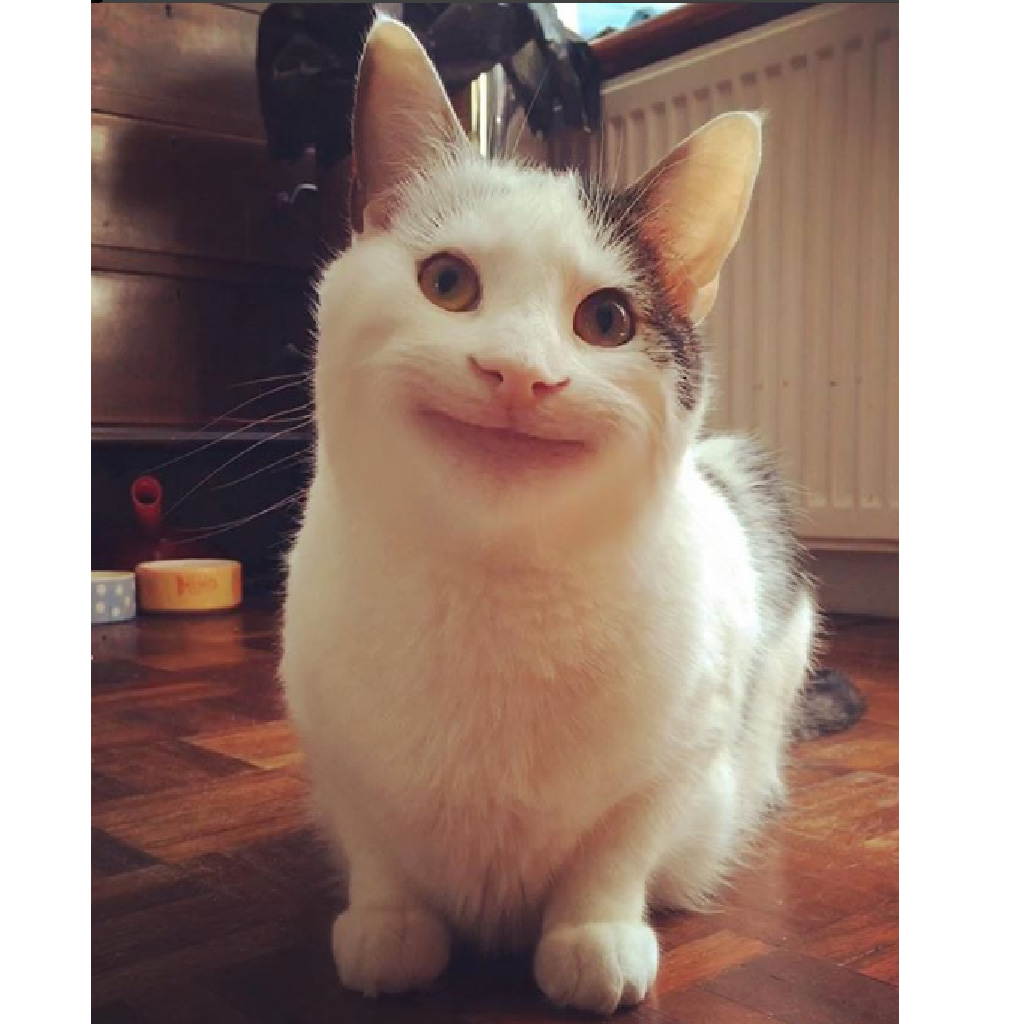 Meet Polite Cat, also known as He Looks Very Polite, refers to a reaction image of a cat named Ollie looking at the camera with what has been described as a “polite” expression. The meme itself originates from a post made on 9GAG, a humor-based website in June 2018. This is an image of a mock text message conversation between a landlord and a renter. In the conversation, the landlord tells the renter that they do not allow pets. However, after the renter sends a picture of the pet, the landlord makes an exception, stating that the pet looks polite. 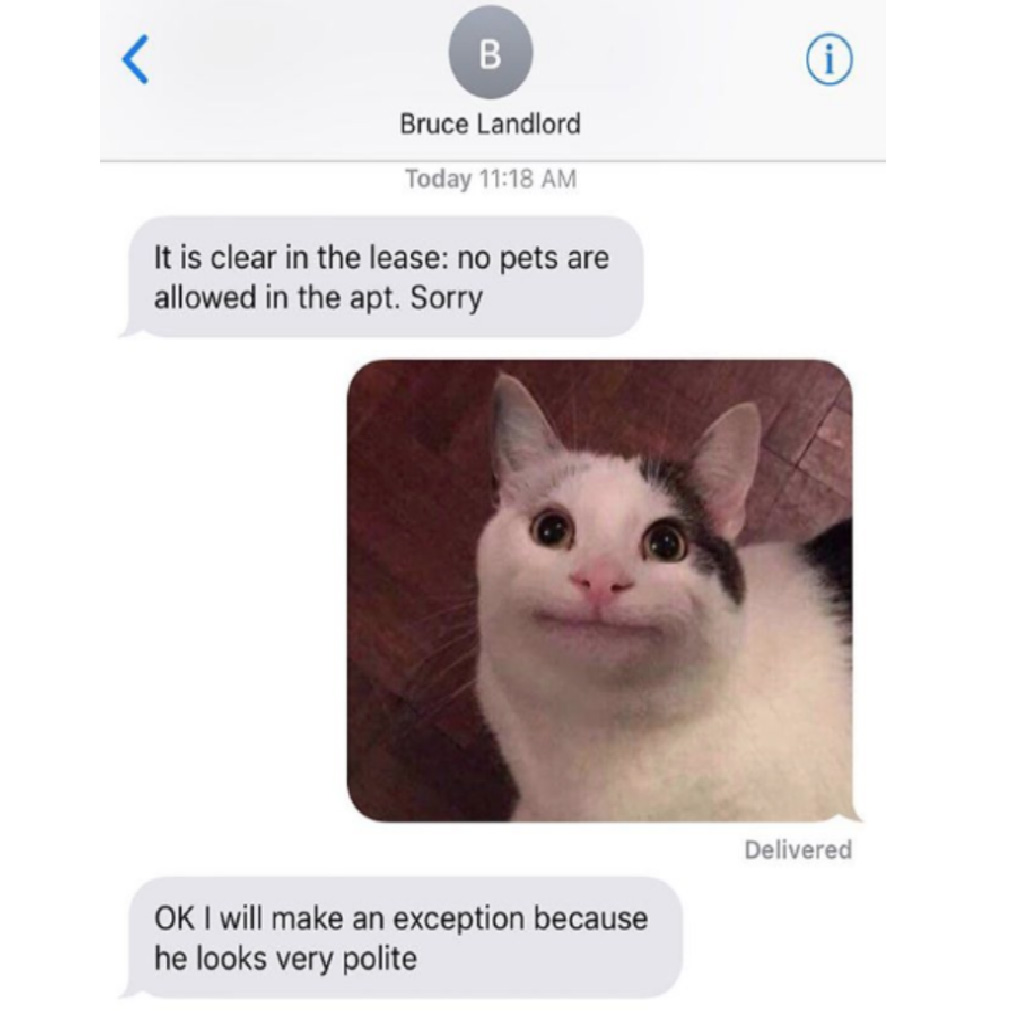 In general, everyone seems to love Ollie because he’s polite, he’s adorable and he’s a cat, cats are a blessing to this planet.
The strong of the Internet took this image to a whole another level, from obscure memes in the form of YouTube videos to countless Fᴀᴄᴇʙᴏᴏᴋ and Iɴsᴛᴀɢʀᴀᴍ. 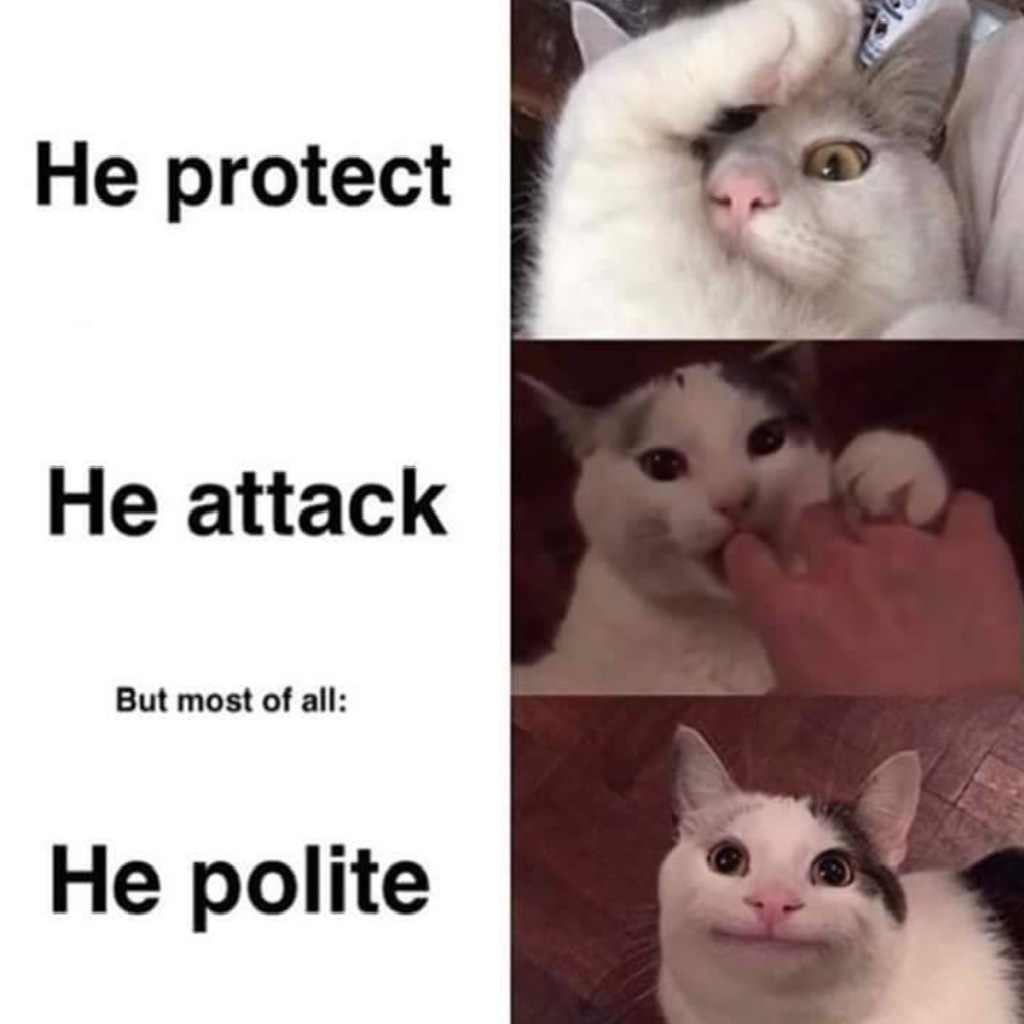 Not only that but Polite Cat has also been painted, not just on paper but also on an entire wall. 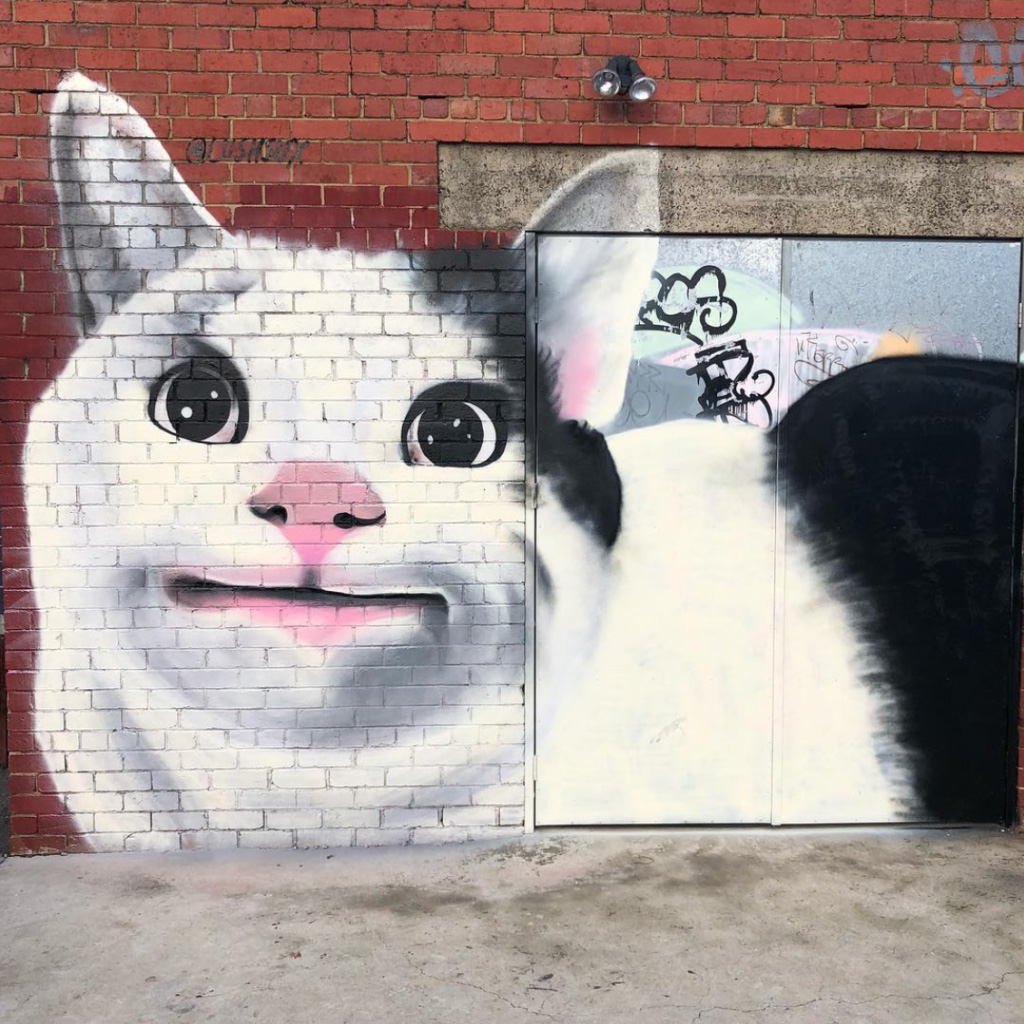