Years ago, a man was prospecting for gold in Alaska’s Kupreanof Island, just along the Coho Creek. While making his way through a forest, he was shocked to spot a strange creature by a bog. As he looked in closer, he realized the animal was a massive Alaskan timber wolf, rendered hurt and immobile after being caught in a ᴛʀᴀᴘ. 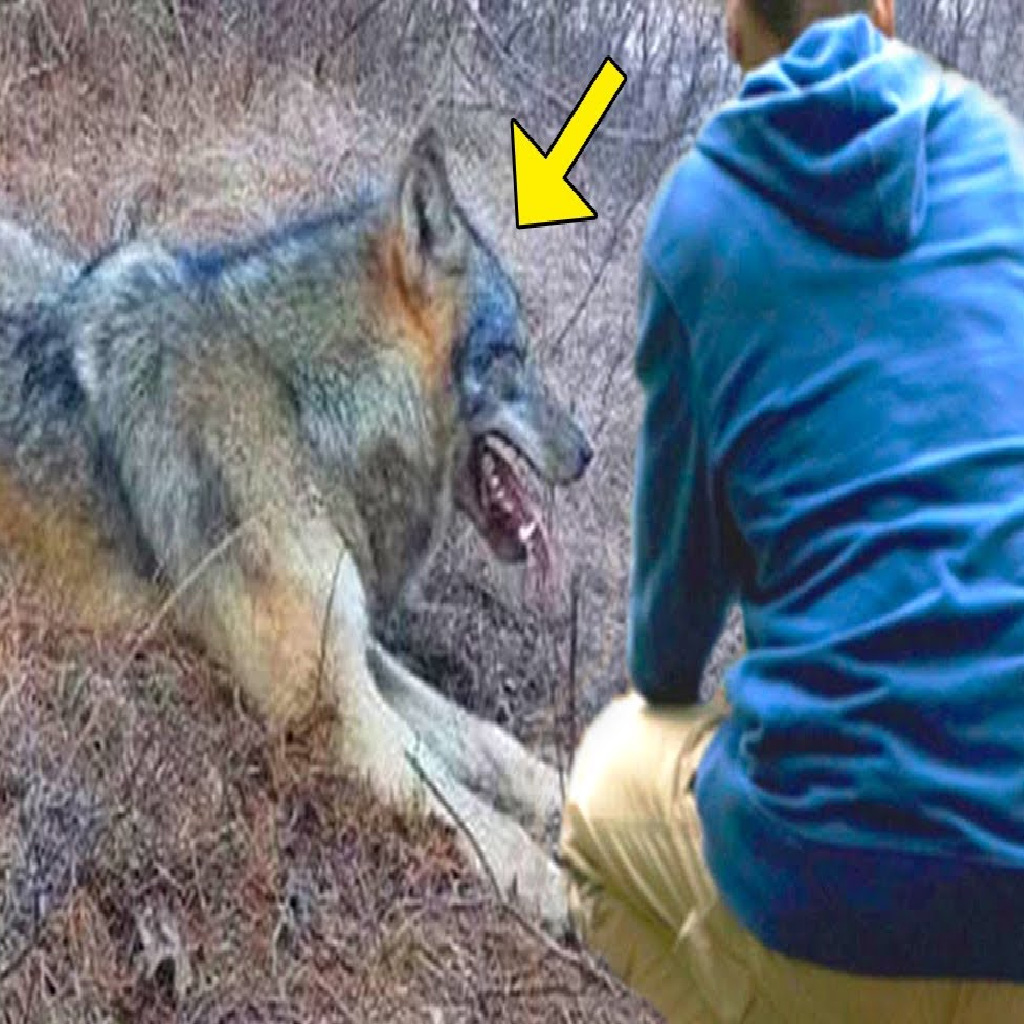 The man was initially spooked to come face to face with the large beast, but he soon understood that she was weak and ᴇx.ʜᴀᴜs.ᴛᴇᴅ from being stranded for days without sustenance. While he was still wary around her, he ᴏʙsᴇʀᴠᴇᴅ that her teats were overflowing with milk. This only meant one thing – she had babies who desperately needed her to survive. The man knew getting close to help the ᴘʀᴇᴅᴀᴛᴏʀ would be dangerous, but he still felt sorry for her and her cubs. So he backtracked her existing paw marks and ventured out deeper into the wilderness to see if he found her younglings. Sure enough, he found a den about half a mile away.

As the man imitated wolf howls, 4 wee pups came out of hiding. They were so famished that they began suckling on the man’s fingers. The man cautiously carried them in his bag and reunited them with their mama, who embraced her little ones with deep emotional whimpers! 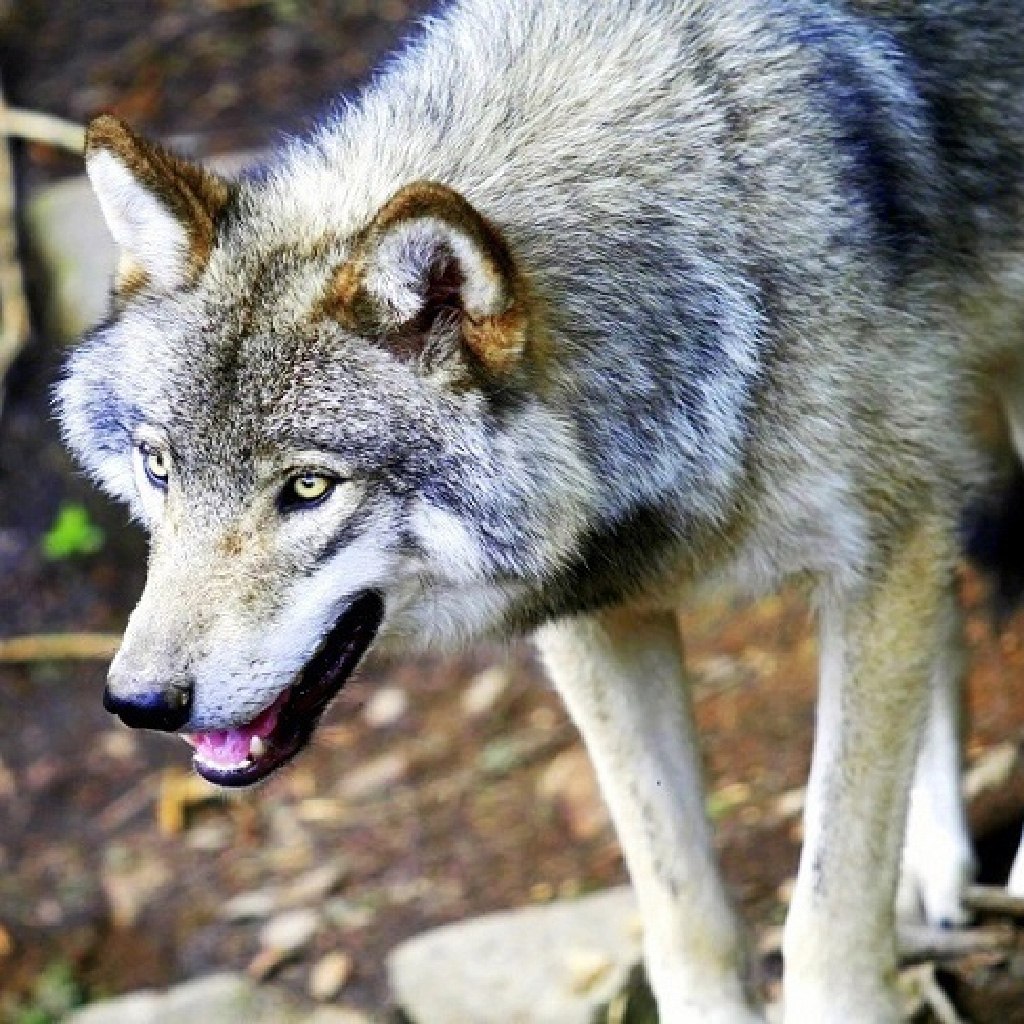 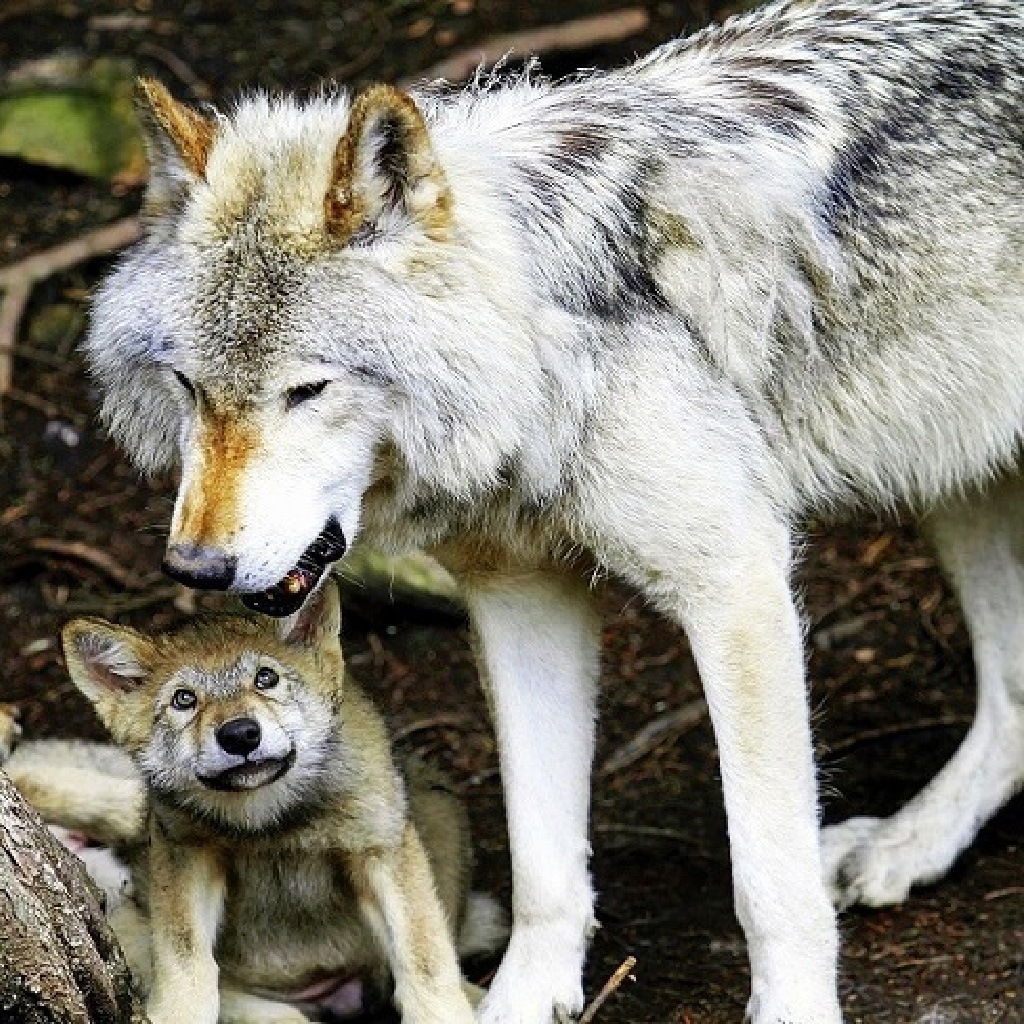 Four years later, the man returned to Coho Creek for another adventure. Nostalgia hit him hard as he revisited the now-rusted steel ᴛʀᴀᴘ by the bog. But just then, he found himself being ᴄʜᴀsᴇᴅ by a bear – and he had nowhere to run in that life-ᴛ.ʜ.ʀ.ᴇ.ᴀ.ᴛᴇ.ɴ.ɪɴɢ crisis. So he climbed up a tree in a panicked state as the bear cornered him. The man in desperation then let out loud “wolf cries” in the rush of the moment. Just when he was at the end of his rope, a shiver ran down his spine as an eerie, familiar shape appeared before his eyes! 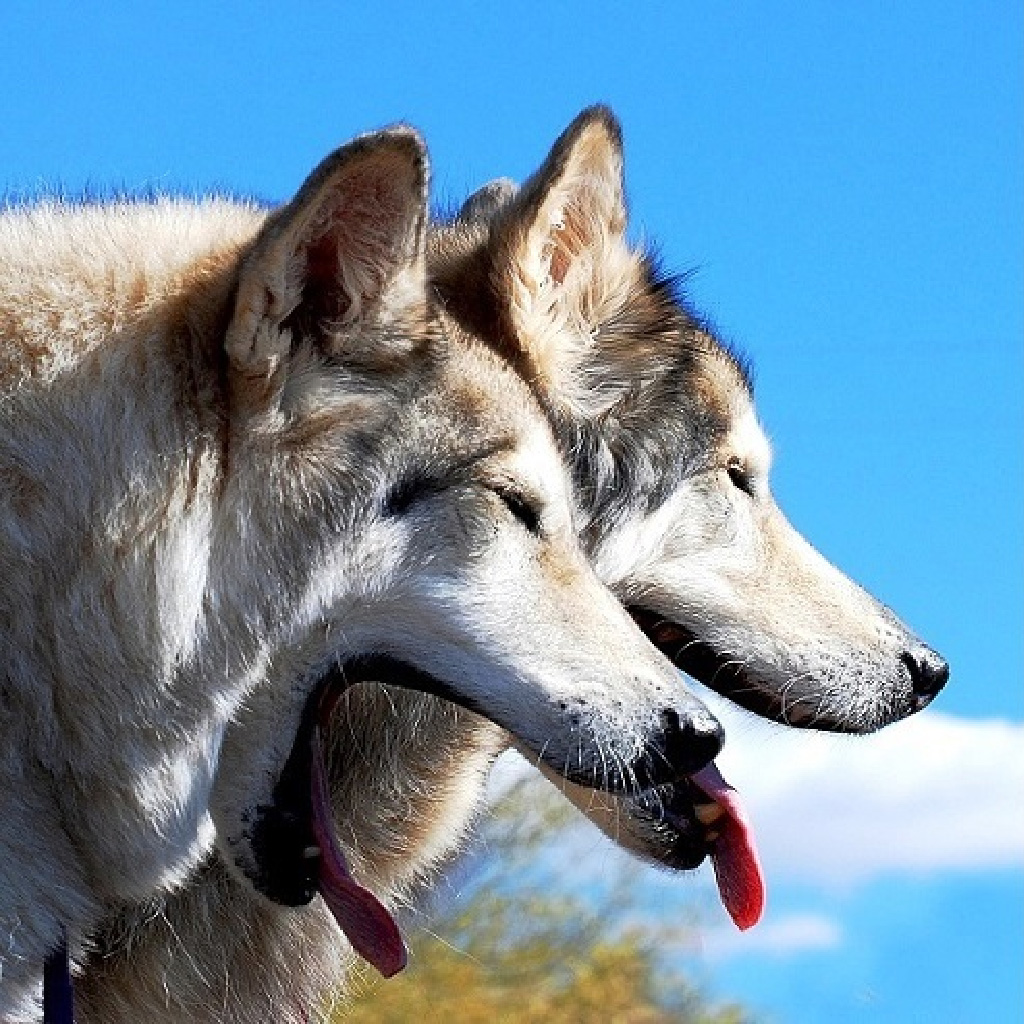 The wolf came to save him just in time. The wolf and his cub had grown big, the bear scared and run. No one knows how they were able to recognize the man who had saved them in the past. But thanks to that scream, the wolf that he saved the year came and rescued him from the scary bear.