The first few days in a new home can be intimidating for a rescue dog, which is why they may try to run. A newly-adopted Labradoodle named Lucy got away from her new human during a walk. Luckily, it didn’t take long to locate the dog, but bringing her home wasn’t easy. 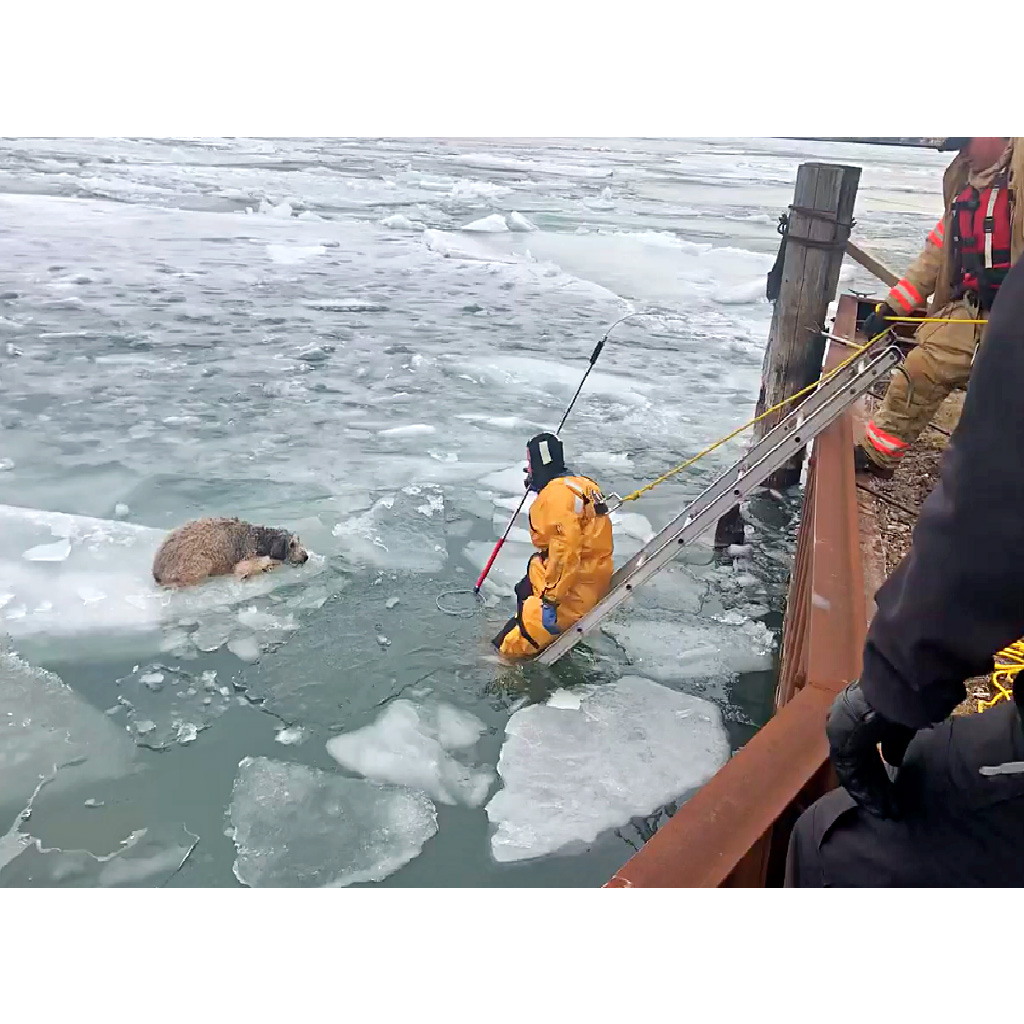 Lucy ended up on a piece of ice in the Detroit River. It’s unclear how she got out there, but she clung to the ice as the water flowed around her. The water was also freezing, and if the dog stayed out there any longer, she could have suffered from hypothermia. Wyandotte police officers, firefighters, and animal control officers all showed up to help.
When rescuers arrived, they discovered the frightened dog, lying on the ice with her whole body soaking wet. They were able to move the chunk of ice closer to the riverbank. A fireman stood on a slippery ladder that was submerged in the river, while his colleagues held onto him with a rope. 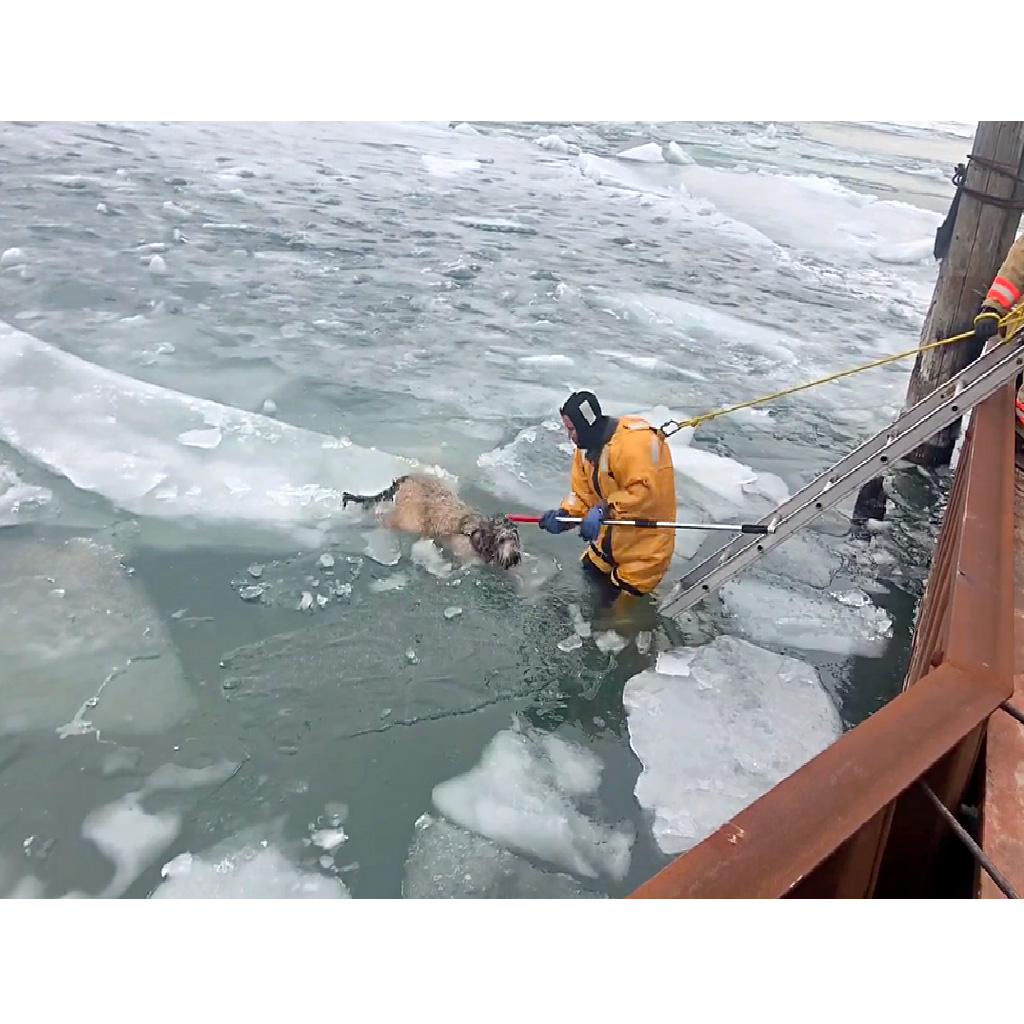 “The poor pooch somehow managed to climb onto a chunk of ice but it was drifting away in the river while the dog was freezing,” the police department wrote the post. 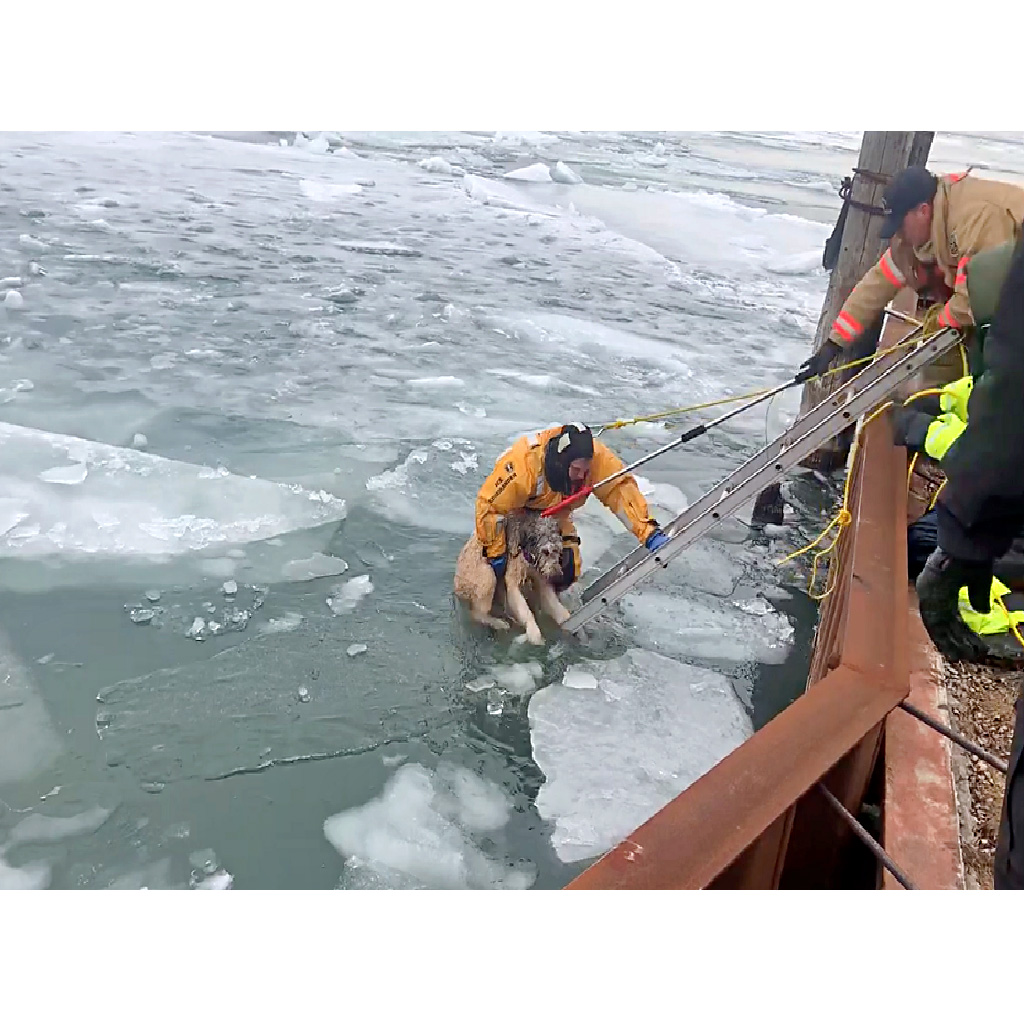 “It had such a happy outcome,” said Wyandotte Assistant Fire Chief Tom Lyon. “She just had those big brown eyes, and she couldn’t talk, but she probably was just so grateful.” 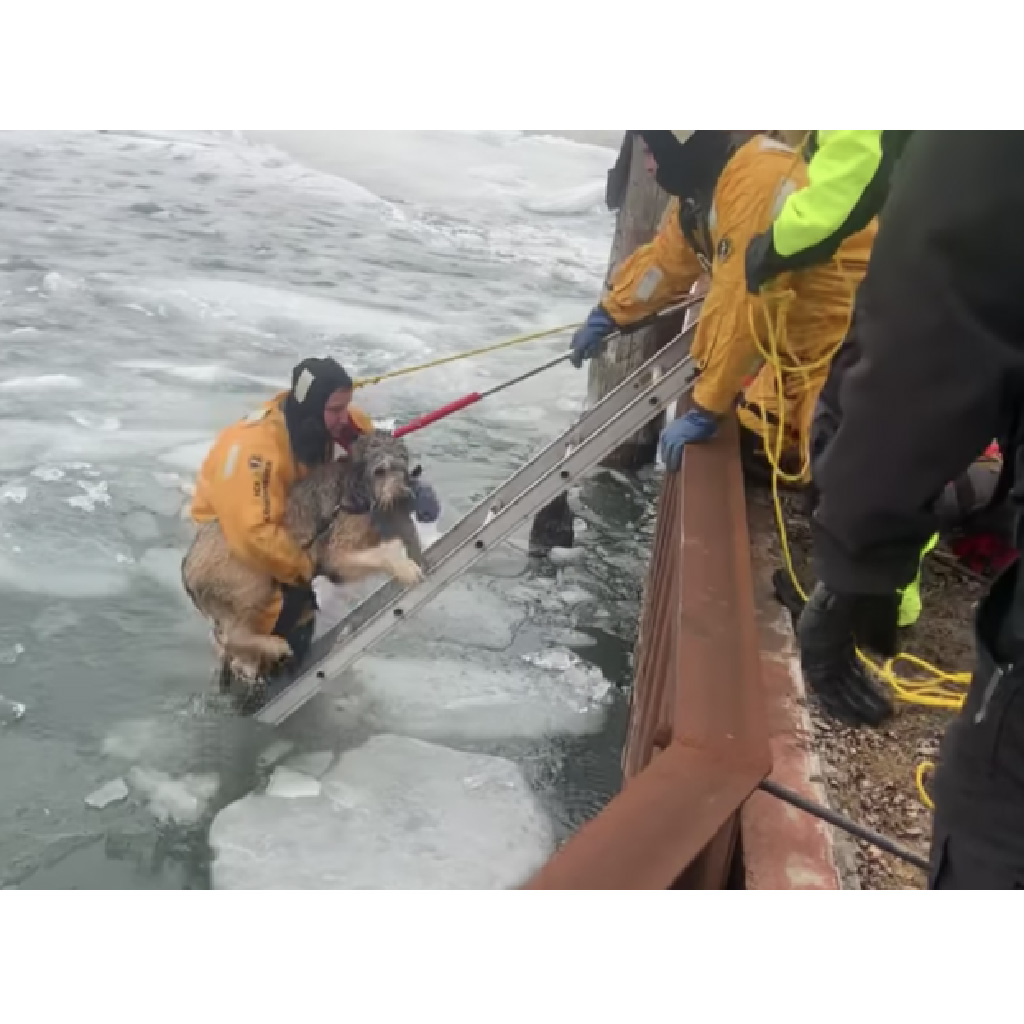 They immediately warmed Lucy up, and she was happily reunited with her worried owner. She was also examined by a vet, where she was deemed okay!
It’s safe to say that Lucy will be spending her days wrapped up in a blanket, keeping warm in her house with her new family.