When we know first about Ollie-Loo, he was found in a pile of trash after his owners reportedly moved and left him behind along with their unwanted items.

The workers at Detroit Animal Welfare Group (DAWG) received a call about a “small, abandoned dog” freezing by a trash heap in neighborhood. Rescuer Terri Looby immediately drove to the spot, but there was no “small dog” insight. Instead, she found a large but skinny Pit Bull-Labrador mix curled up tight on a discarded recliner with the saddest look of defeat on his face. 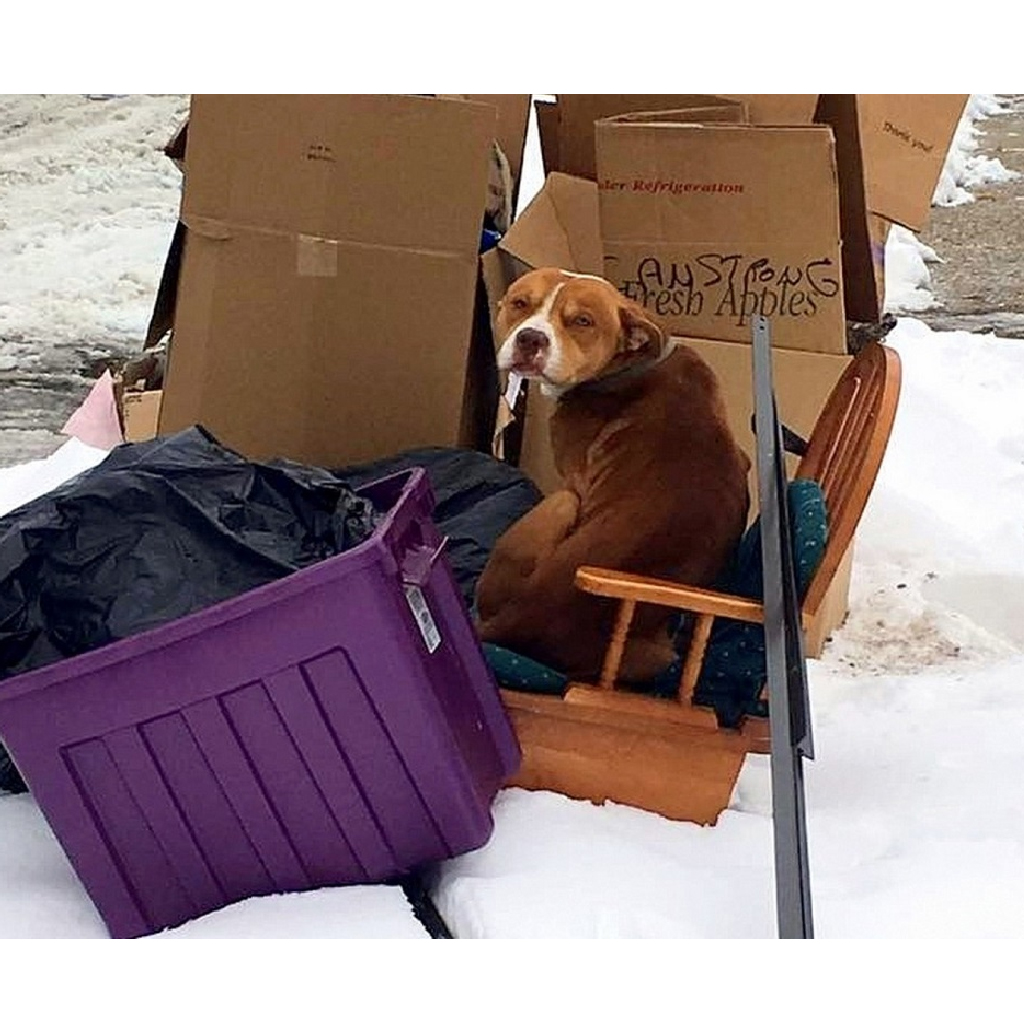 Terri discovered that the dog, Ollie-Loo, was left behind with another small dog after his family had moved out of their rented home. While the family later returned to get their small dog, they casually tossed Ollie-Loo out with their unwanted belongings and left without him. Despite the b.e.t.r.a.y.a.l, the dog still had been lurking around his old home for 2 weeks, desperately praying that his “beloved” humans would come for him.
When Terri reached out to the Ollie-Loo, she discovered another bad truth. The dog was limping painfully from a b.r.o.k.e.n femur that had been left unattended for a while. His owners clearly didn’t want anything to do with a sick dog.

A grateful Ollie-Loo kept wagging his tail the whole time Terri drove him to the shelter. At the vet’s, it was found that this sweet 1-year-old boy was injured weakened, and wouldn’t have survived the cold much longer. 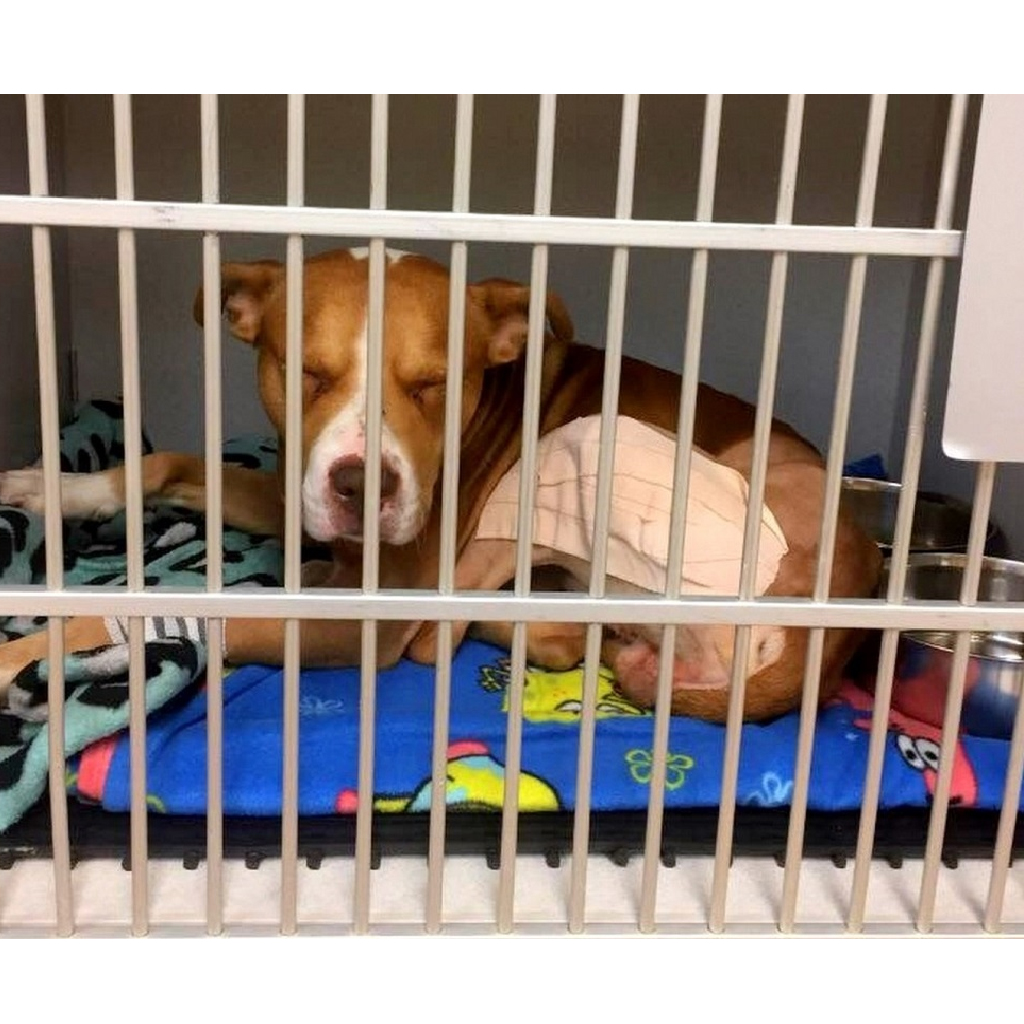 After a month of treatment, the dog has gradually recovered. His leg is now able to walk, even though the treatment is quite painful, but the brave dog has always shown strength. After all that has happened, he has always shown love to everyone. 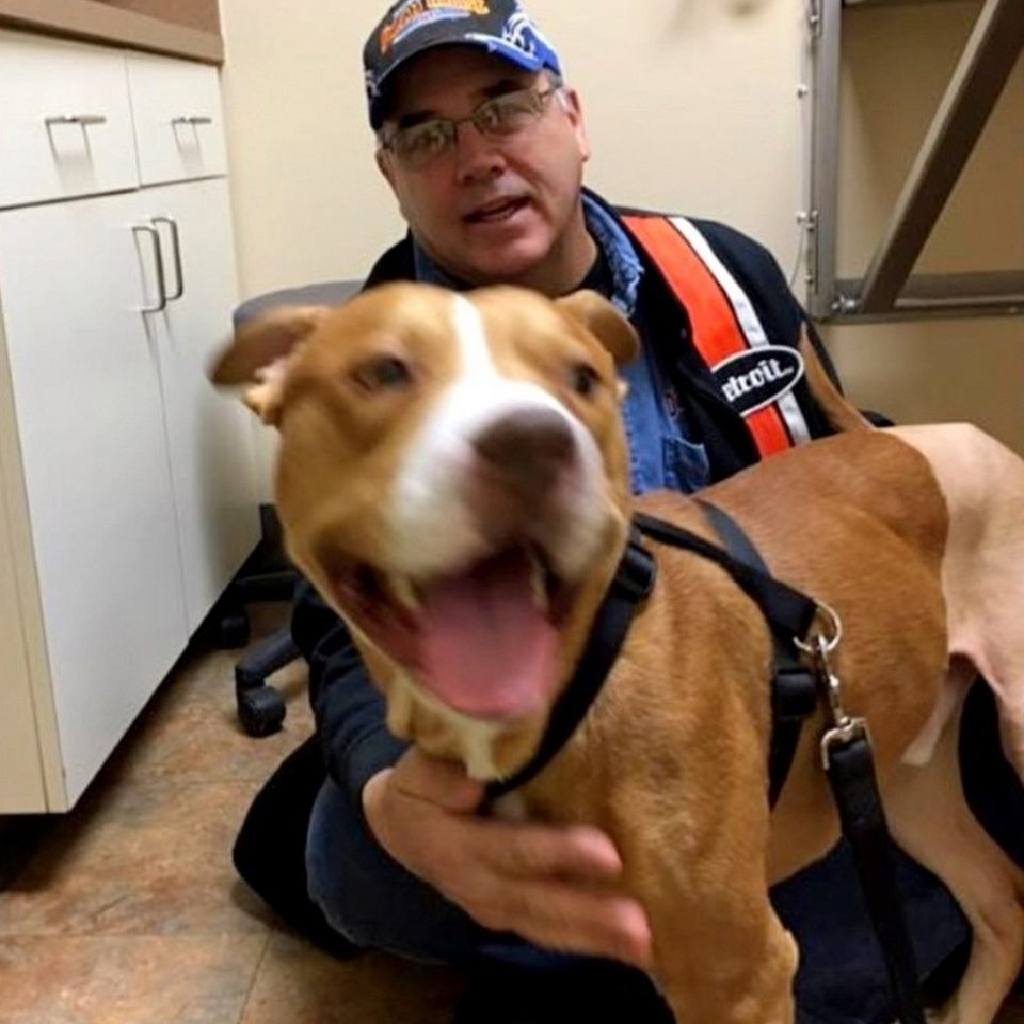 As soon as his health stabilized, he was soon transferred to a warm and nurturing foster home.
Over the next few weeks, Ollie-Loo’s foster parents worked hard to reinstate his health and take care of his spirits. It was only a matter of time before this handsome pooch made a full recovery and found his forever home! Today, he’s a pampered darling who is totally in love with his new family!