Did you know that Pitbulls actually make really great nanny dogs? No dog is bred for either compassion or violence. Training is everything. But I believe that most dogs have it in them to love and want to protect a child. 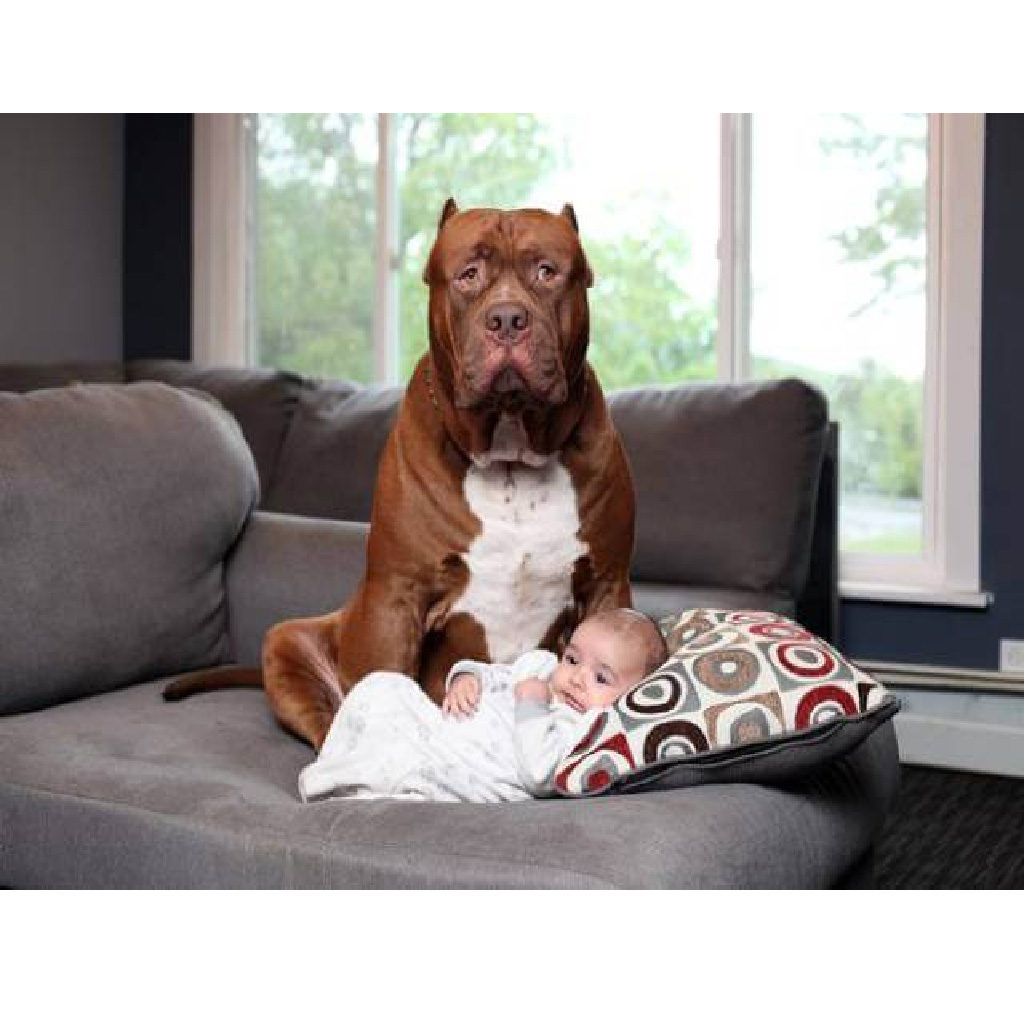 Hulk is a world-famous, 168lbs Pitbull. He belongs to Marlon and Lisa Grennan, from New Hampshire, who believe that he is the perfect babysitter for their newborn son, Jackson. There seems to be no doubt that this dog is filled with nothing but love and concern for Jackson’s well-being. 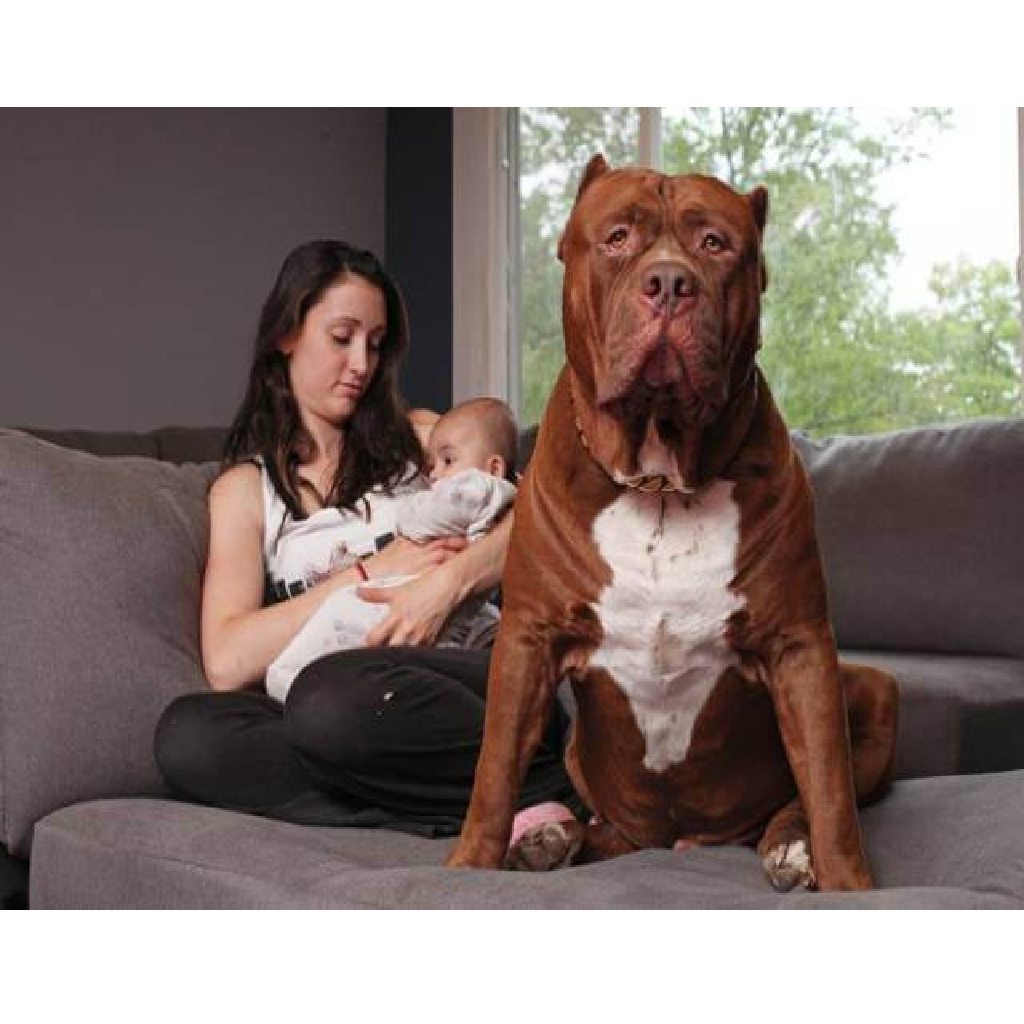 Parents Marlon and Lisa even let Hulk watch over Jackson, just like they did with his older brother, Jordan, at their home in New Hampshire.
Lisa, 25, said: ‘I have no worries with Hulk being around the baby. It’s not a big deal. 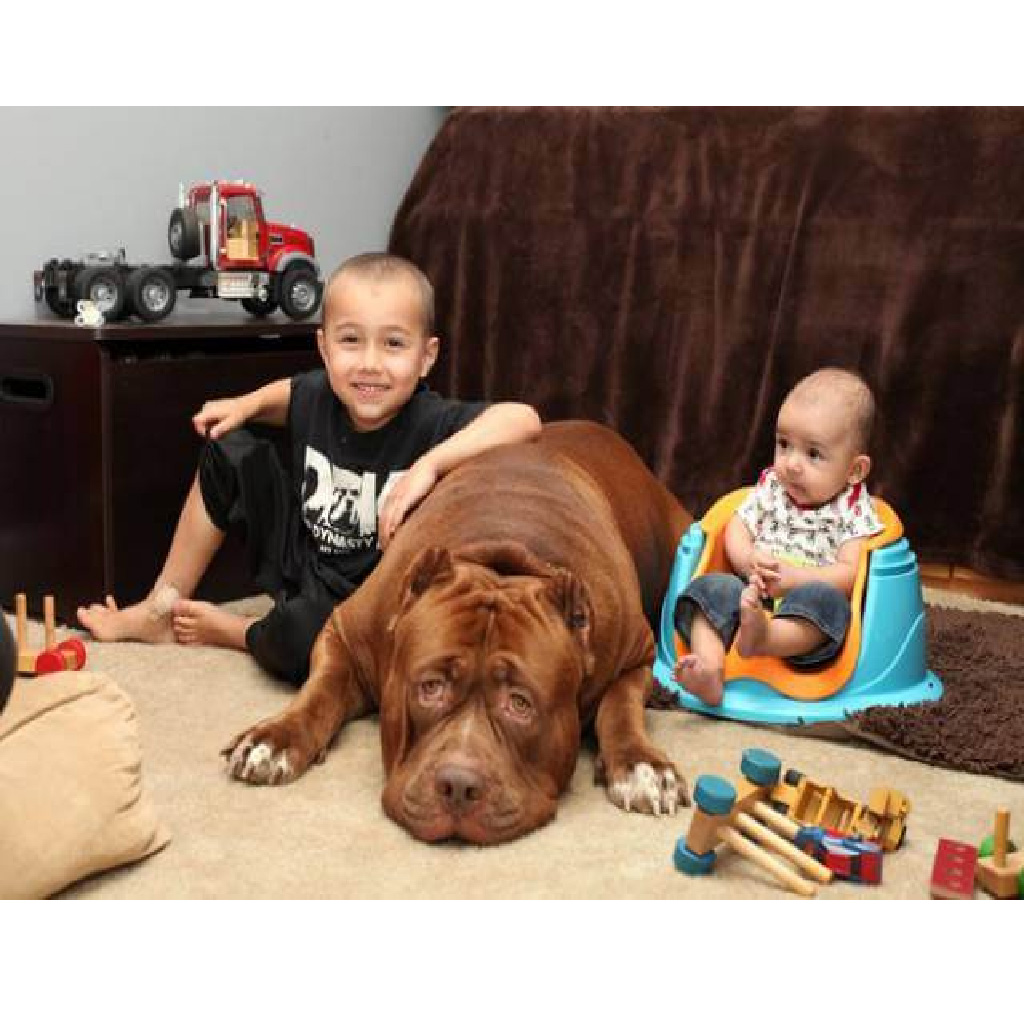 Hulk treats Jackson as if he were his own baby. He knows that he’s small and fragile and he has to be very gentle with him.

‘When we brought Jackson home Hulk was all over him. He was watching me while I cared for him and he would go and check on him when he would cry. He is the perfect protector and babysitter. He followed me around everywhere. We couldn’t ask for a better dog. He really does love him and you can see it in his eyes.’ 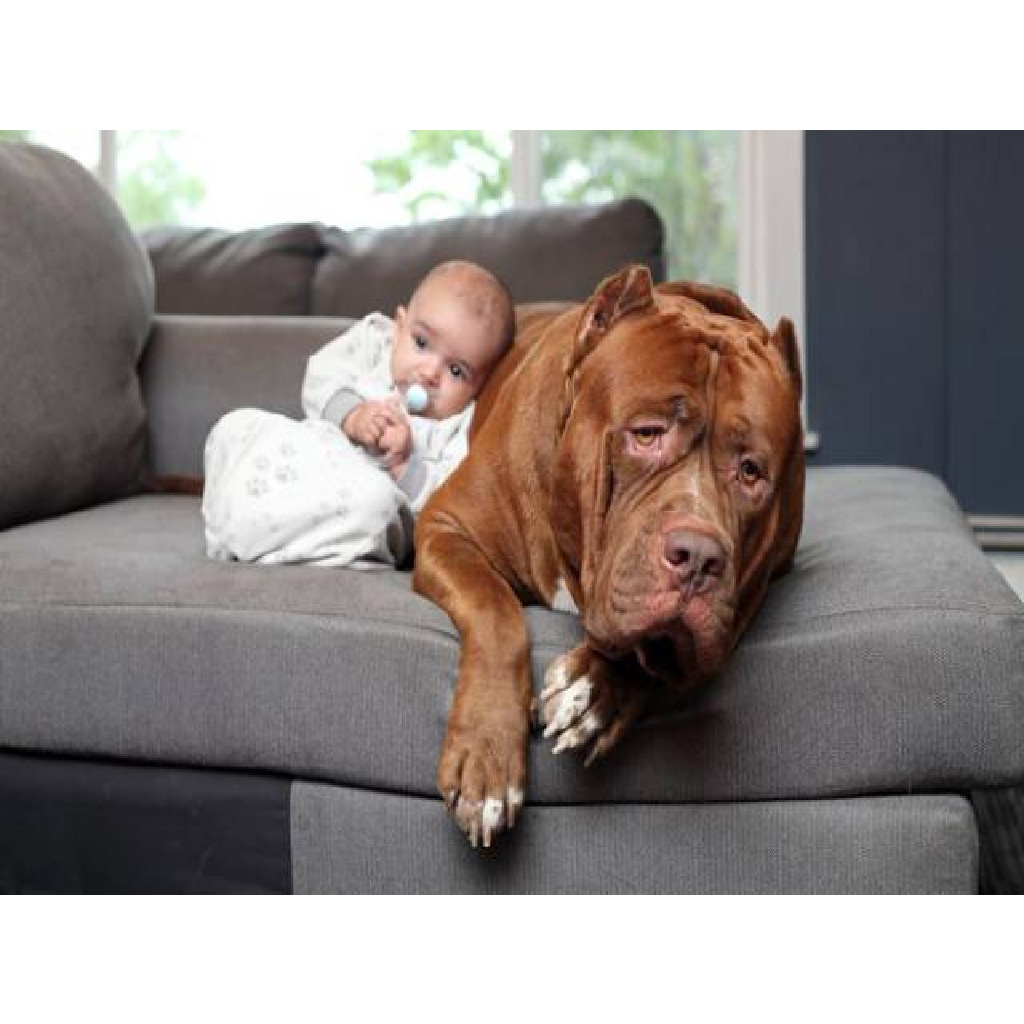 12st Hulk is the ‘perfect babysitter’ according to owner Lisa 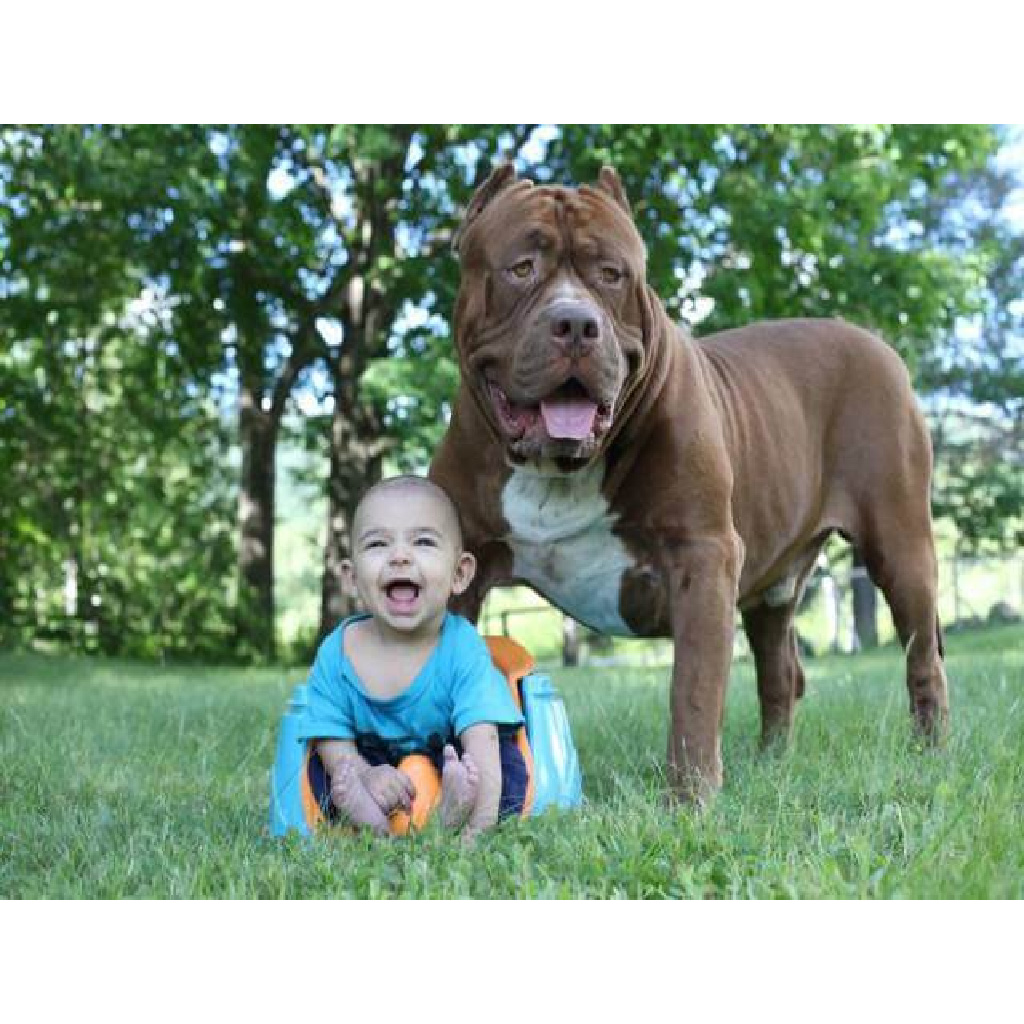 Take a look at these heartwarming photos of Hulk and Jackson. 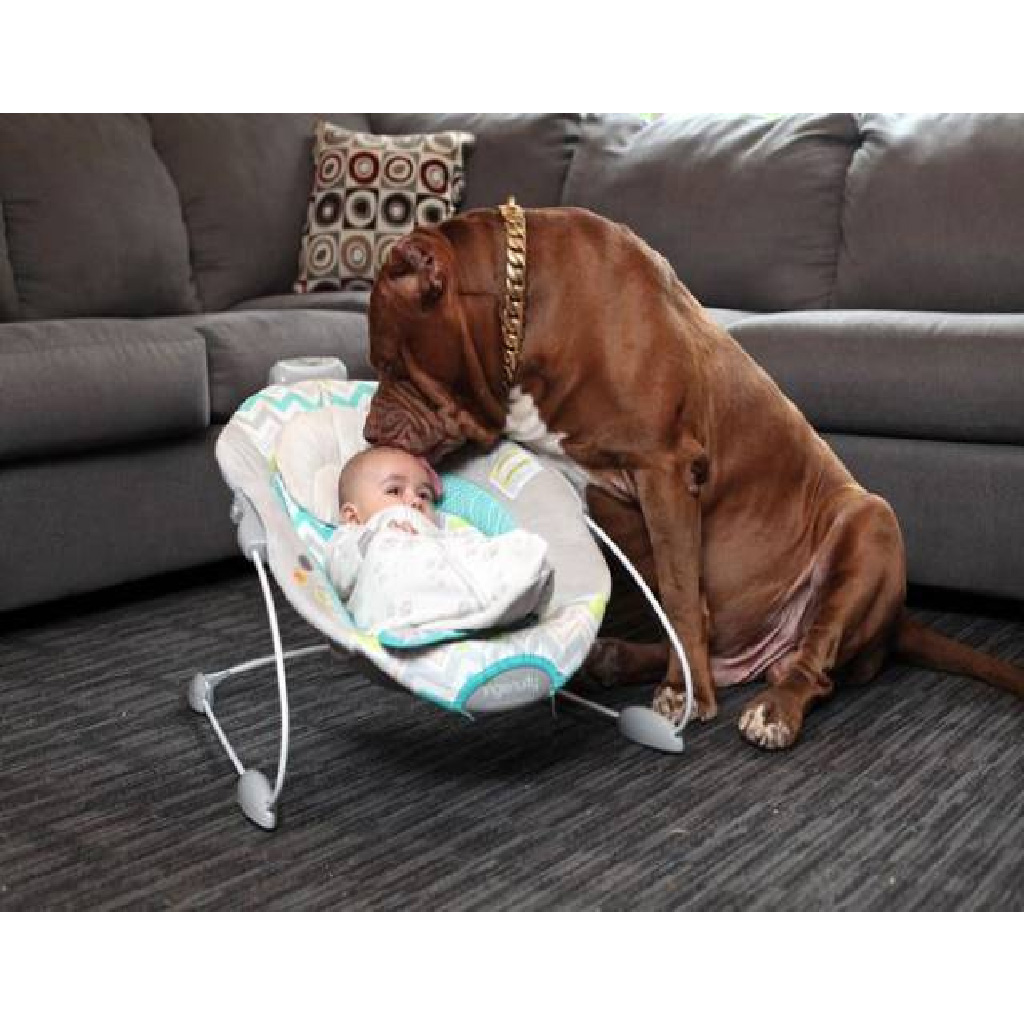 Hulk is trained to maul intruders, but that doesn’t stop mum Lisa and dad Marlon from letting him play with tot Jackson 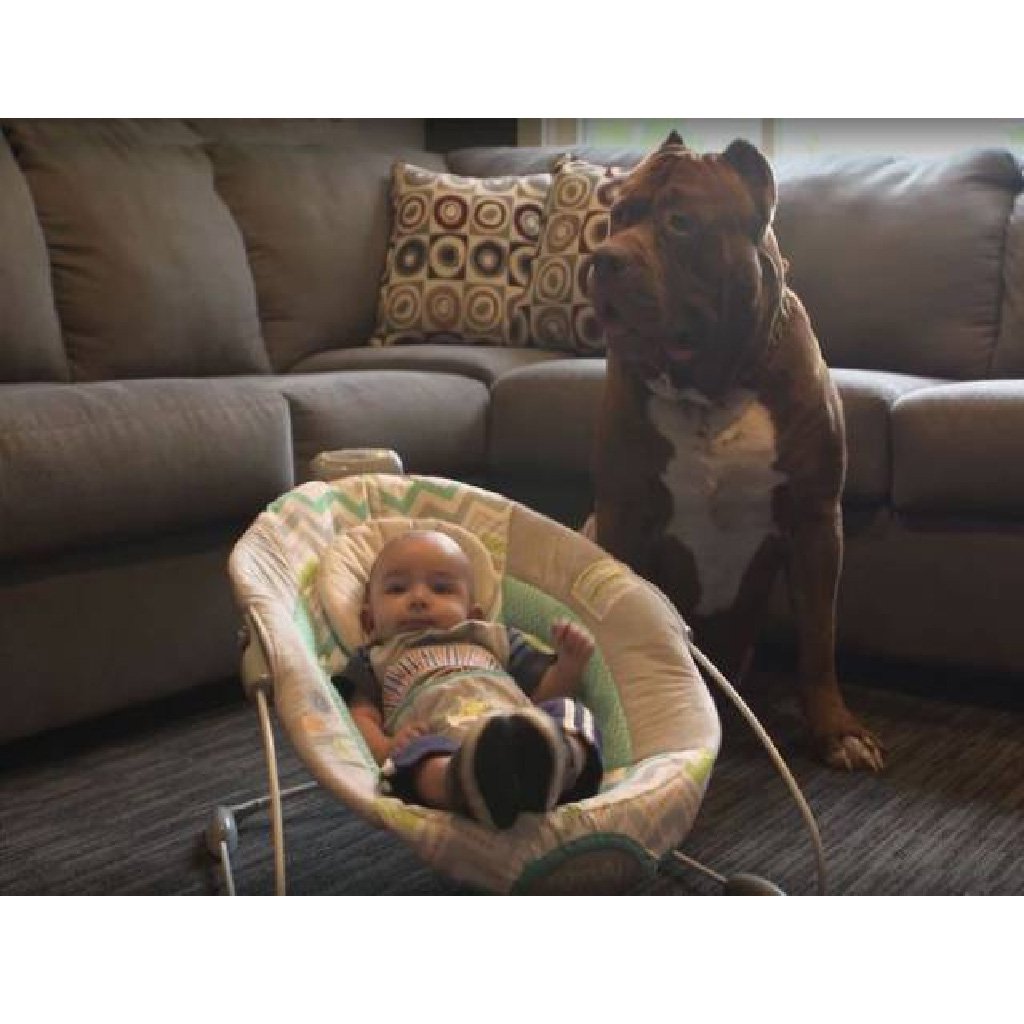 It is known that Hulk holds the record as the heaviest Pitbull in the world. According to its owner, he has no special secret to help it grow like that. Hulk eats regular dog food and gets daily exercise like any other dog.