When Stray Rescue of St. Louis received a call about a dog sleeping on the street from a resident on the street during a heat wave of more than 40 degrees. They kindly asked the caller to send them a picture of the puppy to better gauge how to help.

Donna Lochmann – director of rescue at Stray Rescue of St. Louis, said: “The photo this person sent us shows the dog lying down. It’s hard to tell, but it looks like you can see his hip bones. So I know it’s definitely worth checking out”. 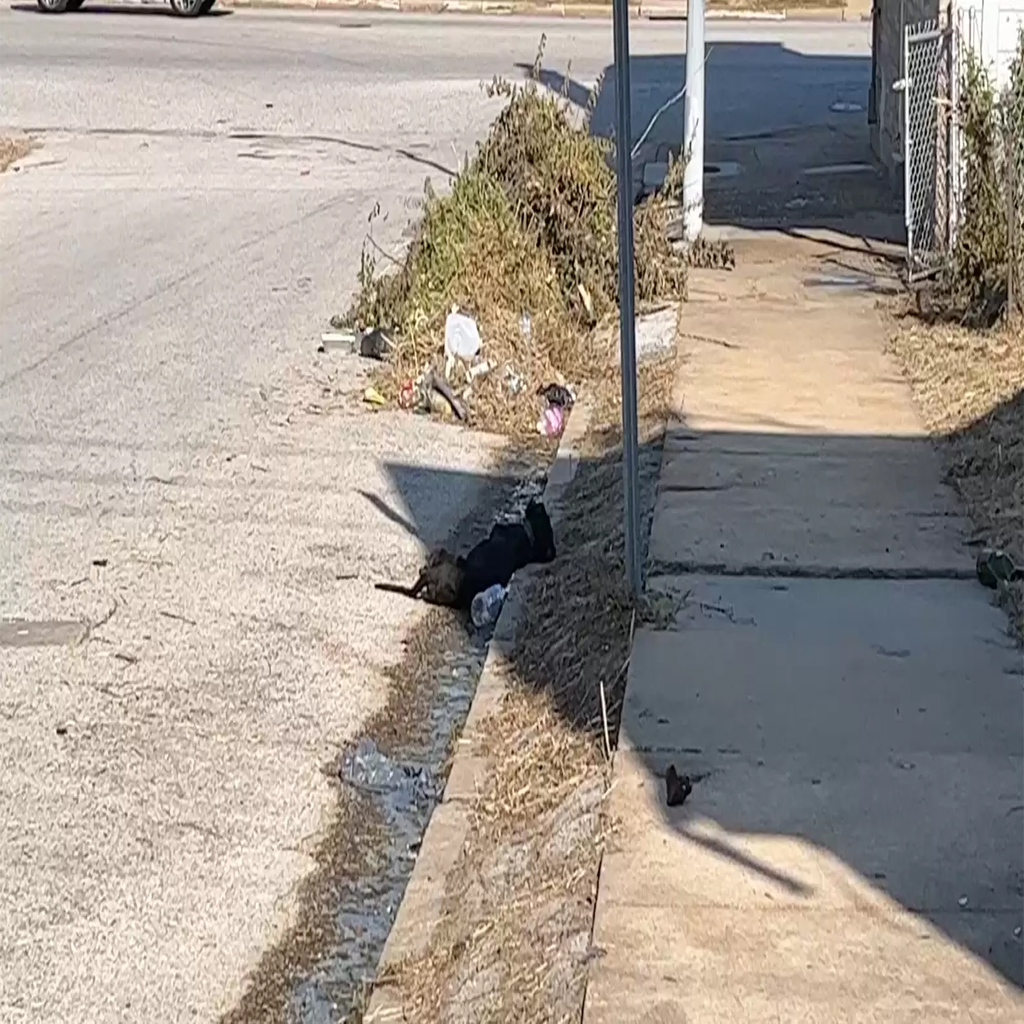 Lochmann quickly arrived on the scene but did not find the puppy. She decided to turn into an alley at the last minute and that’s when she spotted him.

“I saw him there, lying on the street,” Lochmann said. “He was lying in the water coming out of the gutter, probably to keep cool because it was so hot.” 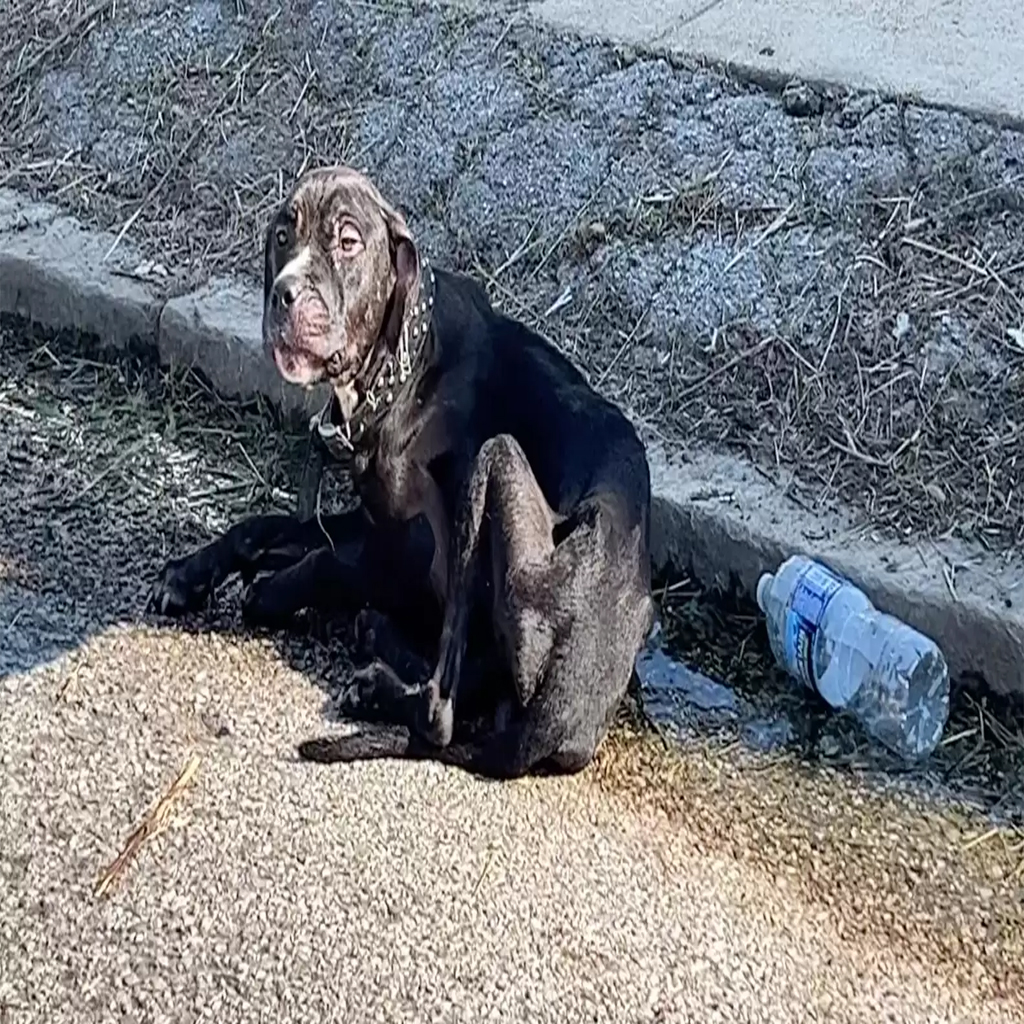 As Lochmann drew closer, she quickly realized the dog needed help and how desperate he was. “When I stopped at the end of the alley, he must have heard me,” says Lochmann. “ I watched him raise his head, look around, and then put his head back on the curb as if he had completely given up.” 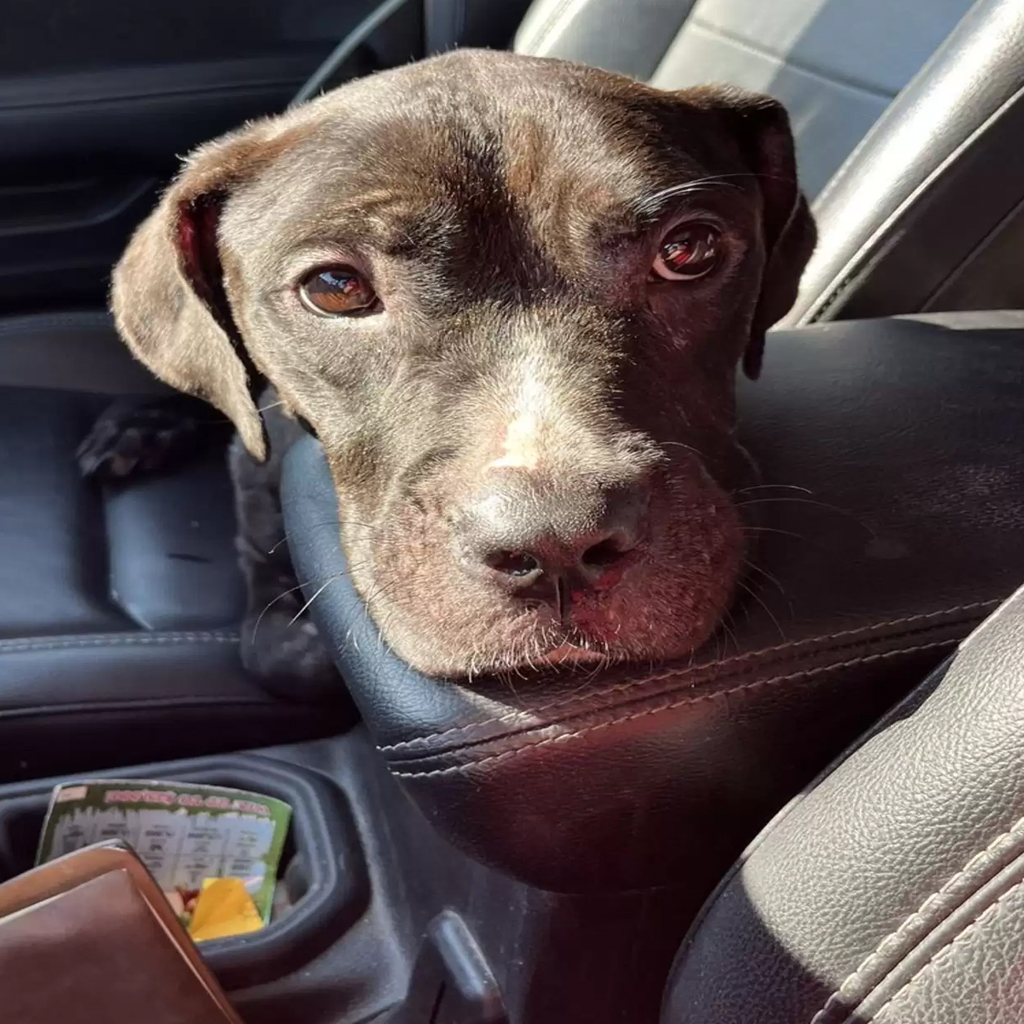 The image of a dog lying alone on the street with no energy or hope for the future broke Lochmann’s heart. “It just killed me,” Lochmann said. ‘I said to myself, There’s no way I’m leaving this dog here.’”

Luckily for Lochmann, the oppressed dog had absolutely no objection to being rescued. He even made his way to her jeep without a leash on his own.

“I started talking to him and said, ‘Come on, man… we’ll help you.” As soon as he got into the car, the puppy was naturally at home. “I left the blanket in the back of the jeep, so he laid down immediately,” Lochmann said. “He seems very grateful to have air conditioning and a place to be comfortable.” 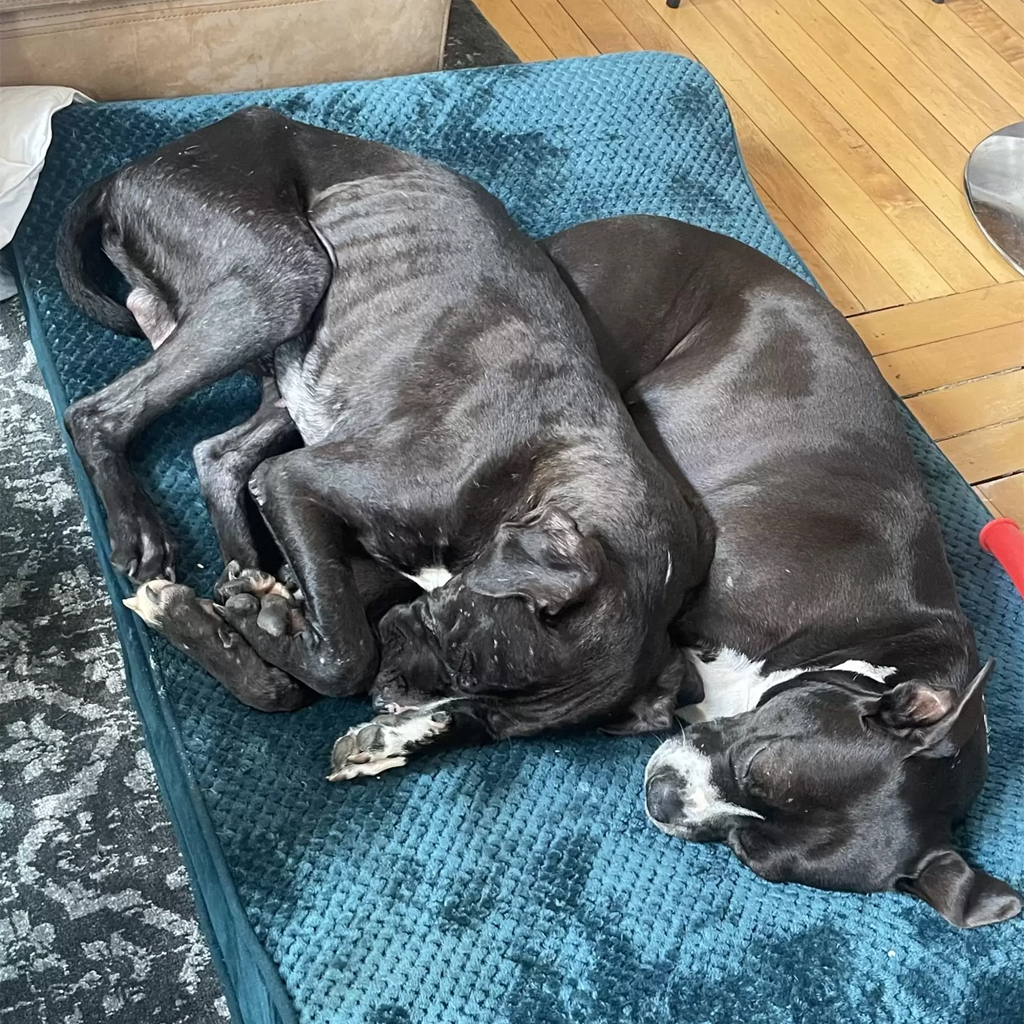 The sweet dog, which they later named “Curby,” thoroughly enjoyed what the shelter called its “free ride” to safety. “He got to the foster home pretty quickly,” says Lochmann. “A couple watched his video and the wife said to the husband: ‘That dog shouldn’t be in a shelter.’ So they came and picked it up.” 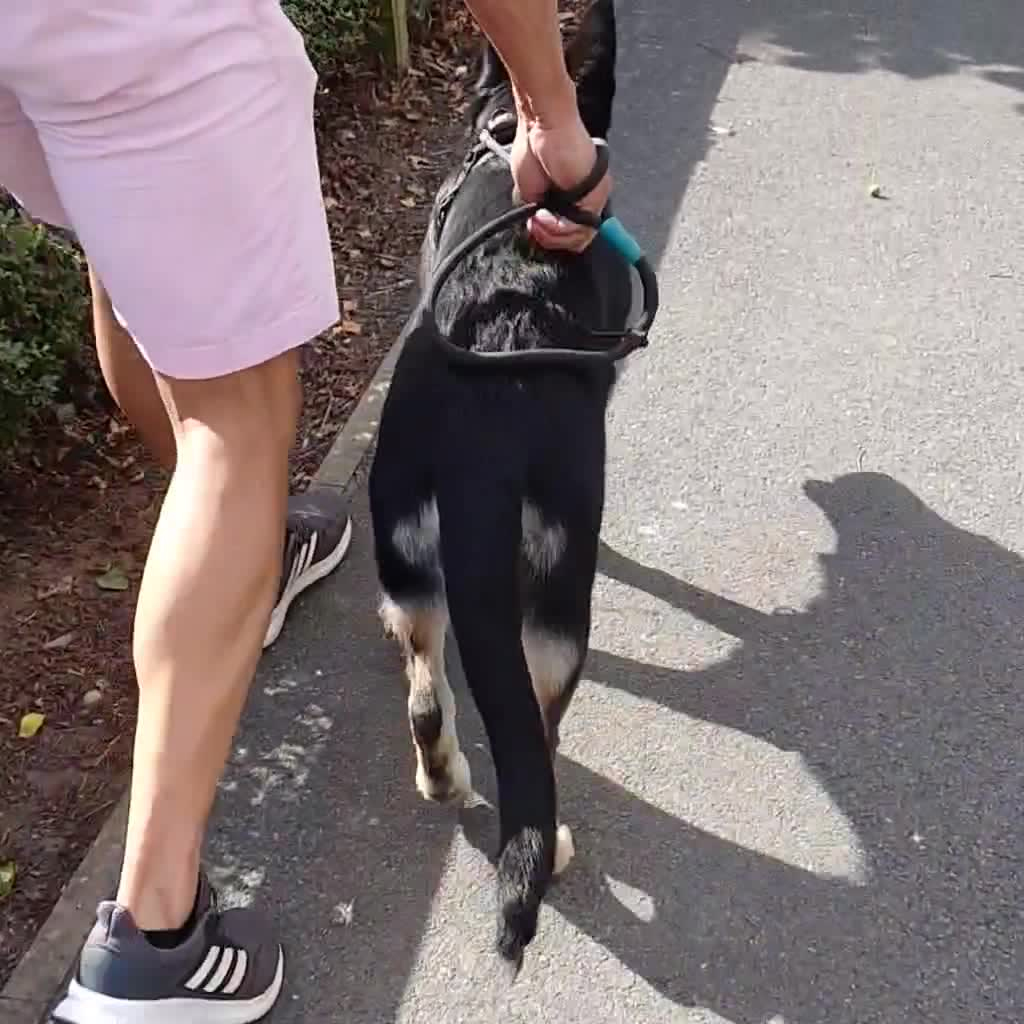 Curby is loving his new foster home, where he has two incredibly loving parents and a sibling dog that he loves to cuddle with. He is finally starting to gain weight and his personality has really started to grow in his new home.

“His adoptive parents absolutely loved him,” says Lochmann. He turned out to be the sweetest boy ever”.