It is always so beautiful to see a hopeless animal getting rescued. It is the case of a stray dog that found himself (no one knows how) trapped inside an abandoned school in St. Louis. Fortunately for the innocent pup, he got spotted by some kind people who immediately alerted a local rescue group.

A rescue team from the animal welfare organization Stray Rescue of St. Louis was drawn to the derelict building after it was reported that howls had been heard coming from within. They quickly spotted a brown pitbull peering down at them from a window on one of the school’s upper floors. The building’s entrances being secured, it was with difficulty that the team, led by Stray Rescue of St. Louis’ Donna Lochmann, found a relatively safe way in, via a broken second-story window. 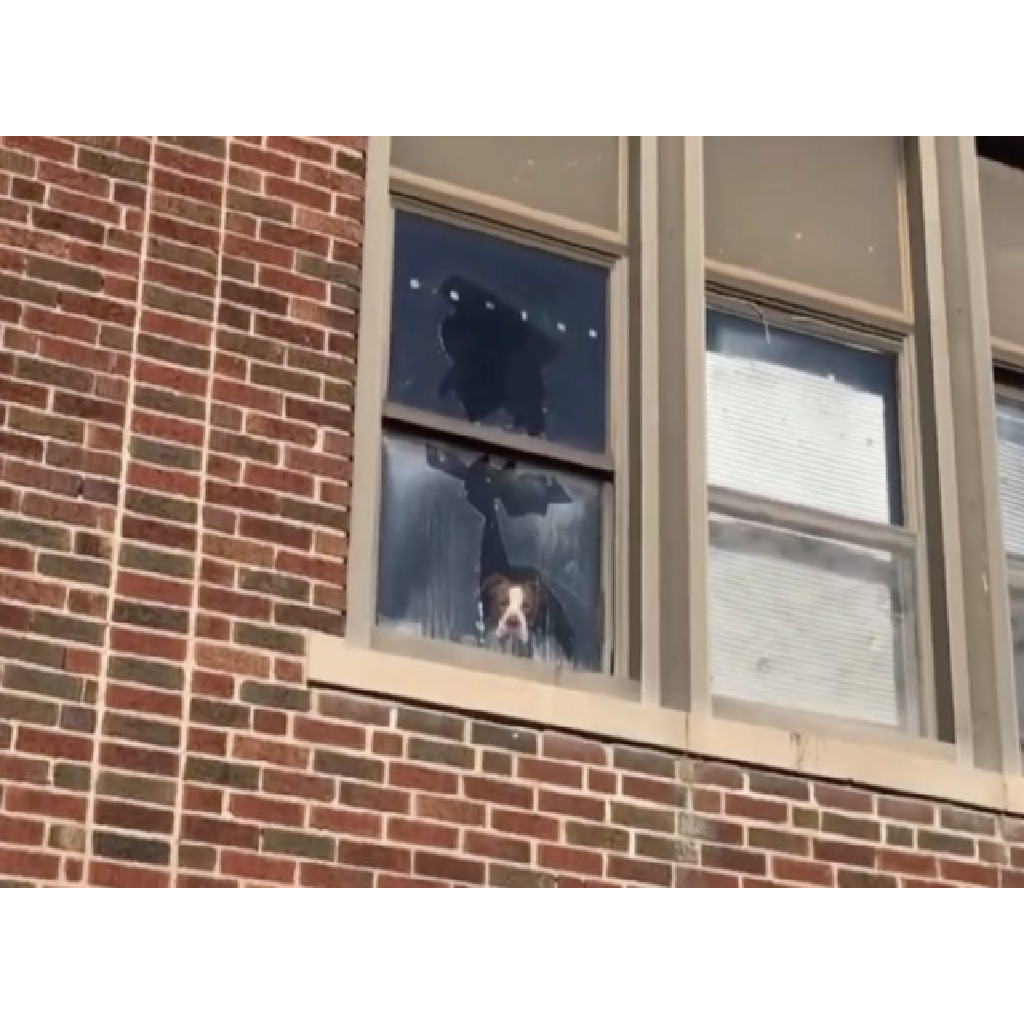 Anyway, Donna Lochmann from Stray Rescue had to deal with so many similar situations, so she knew how to do it. Surprisingly (or not) the hapless dog immediately sensed kindness inside the humans that were searching him, so he just showed up in front of Donna and her colleagues with his tail wagging.

“Teacher’s Pet (how the rescue center named the dog) was actually called in by a couple of ladies who lived in the area,” Natalie Thomson, director of marketing at the Stray Rescue, explained. “They had heard howling from the school, so they called us. There were actually two dogs in the building when we arrived, but Teacher’s Pet was the only one who appeared to be trapped.” 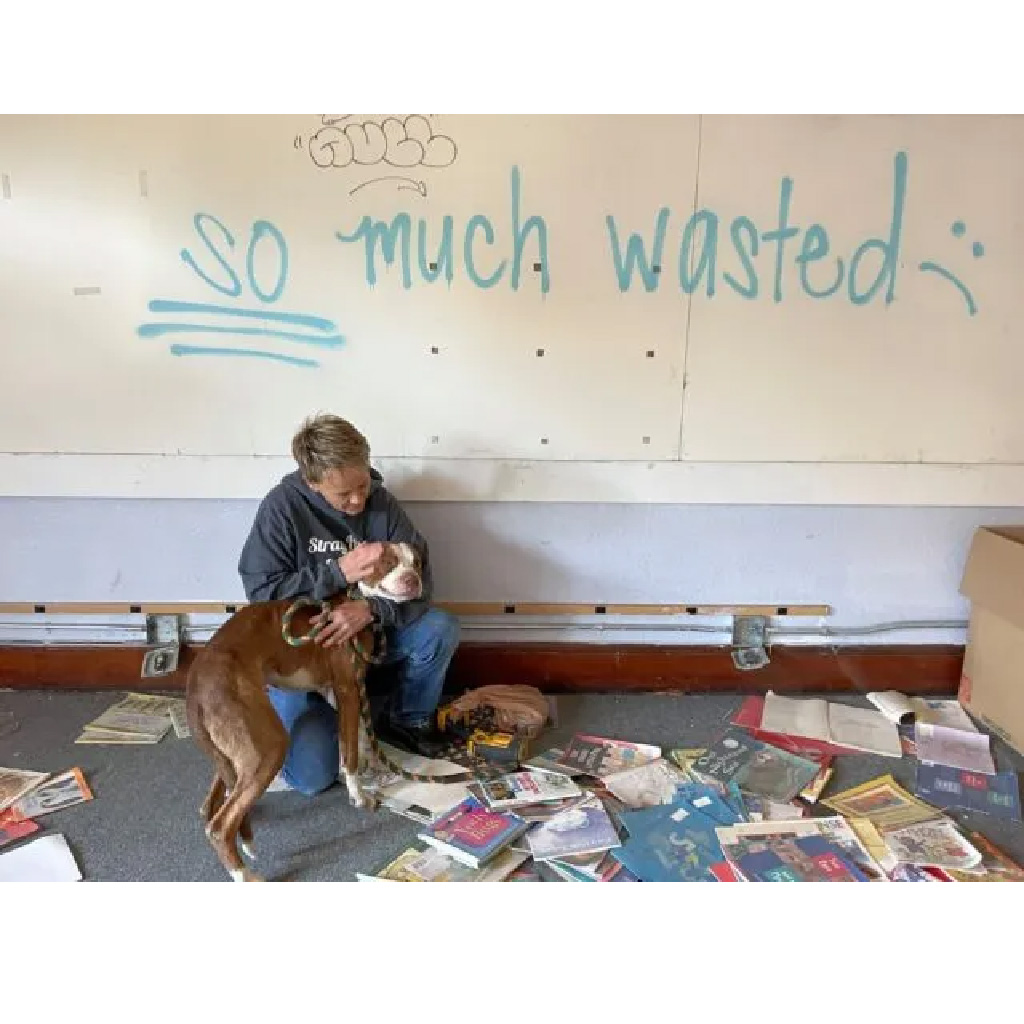 But getting the dog out of the building proved to be even more difficult.
The rescuers used a ladder to climb in and begin their search, initially under the impression that two dogs were trapped in the rumbling bowels of the building. The brown pitbull that they had seen through the window greeted them on a stairwell edging closer to Lochmann, who embraced him and placed a leash around his neck, before leading him down the stairs.

The rescuers had no permission to enter inside, so they had to take him out through the window, and that made Teacher’s Pet feel even more uncomfortable. Thankfully, soon as they got inside their car, things have changed, and the rescued pit bull couldn’t hold back his excitement. He was finally able to experience freedom and enjoy the beautiful life he always deserved! 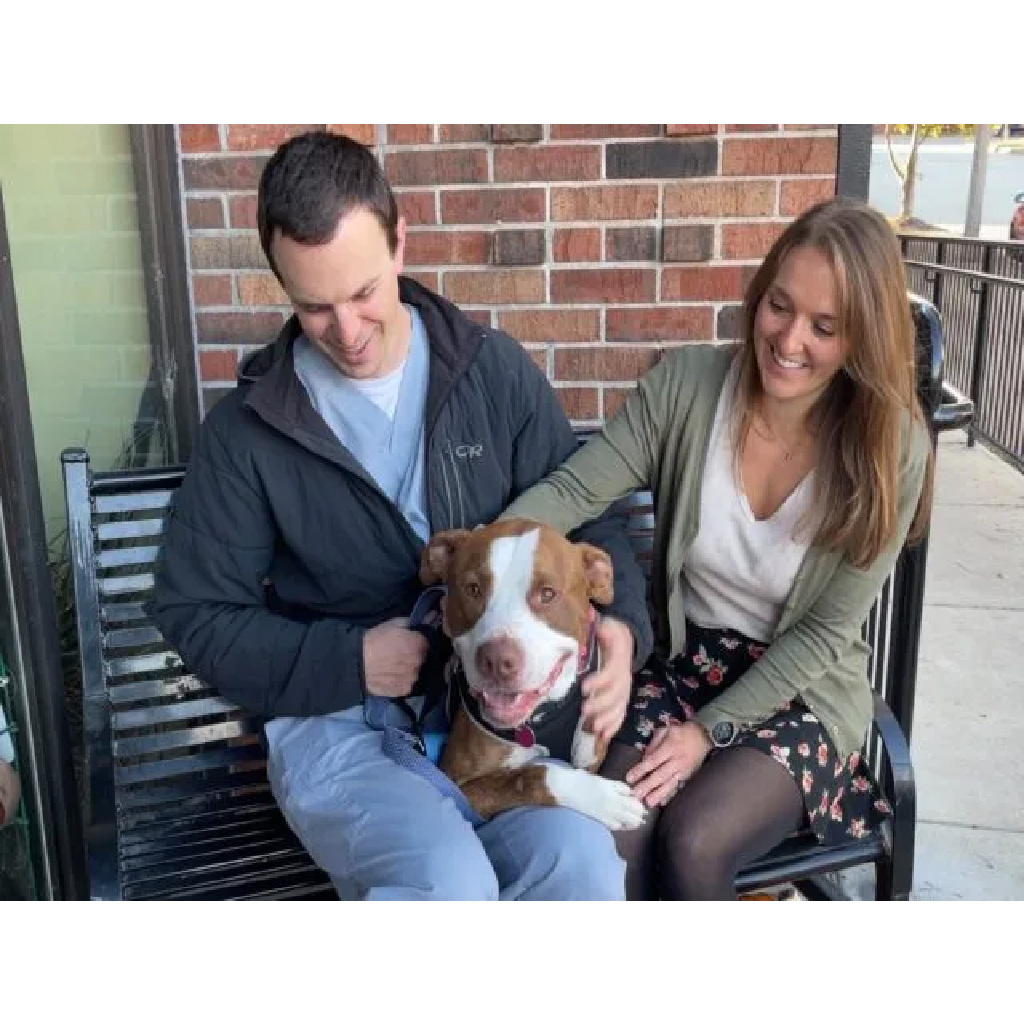 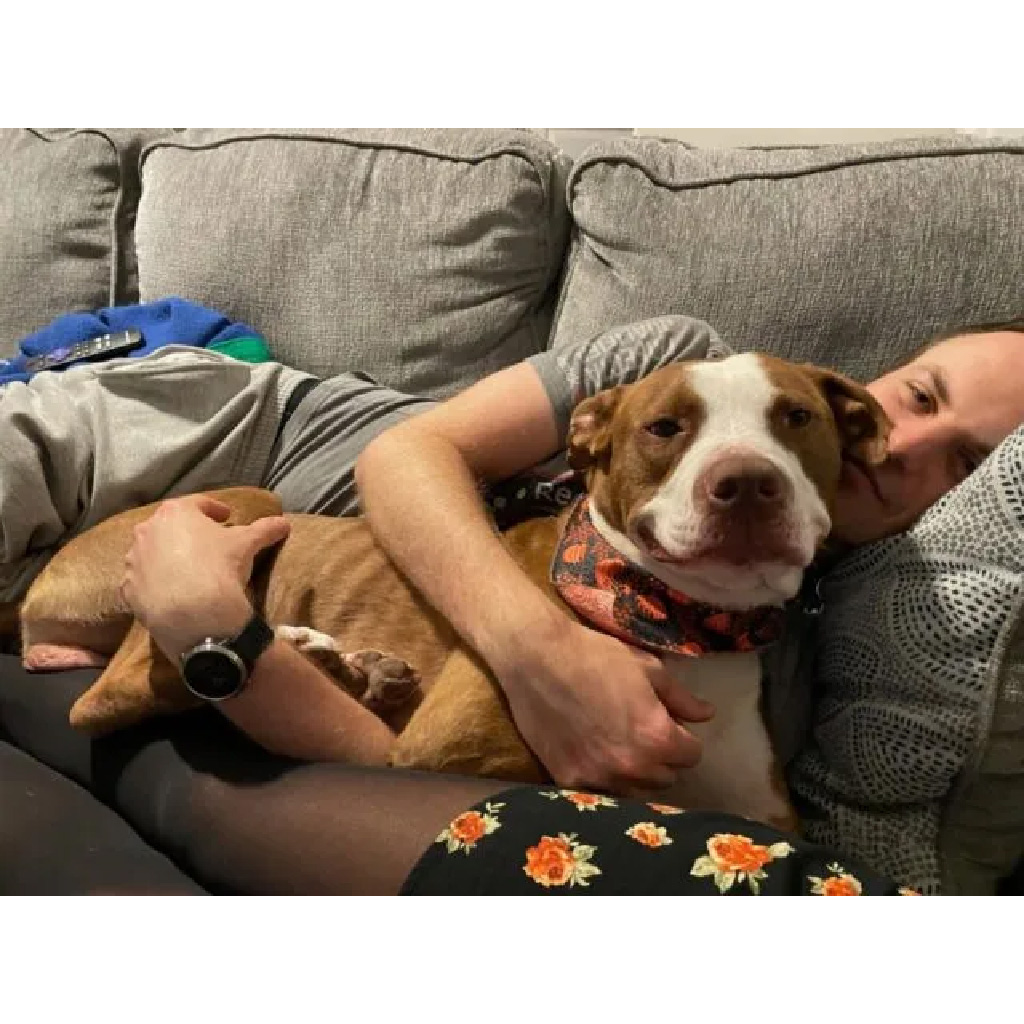