It’s always inspiring to see people go out of their way to help animals, even if it means putting themselves in harm’s way. We’ve seen many stories of people braving harsh elements all to save a tr.a.p.p.ed pet.

The Spanish Meteorological Agency forecast heavy snowfalls and high winds in parts of northern Spain. Unfortunately, a dog had been s.t.u.c.k in the reservoir in Canfranc, in Aragon, eastern Spain, for ‘a long time’ before police were called. Two brave cops in the province of Huesca went far beyond the call of duty when they plunged into an icy, frozen lake to rescue a dog that had fallen in and was at risk of dʀᴏᴡɴɪɴɢ. 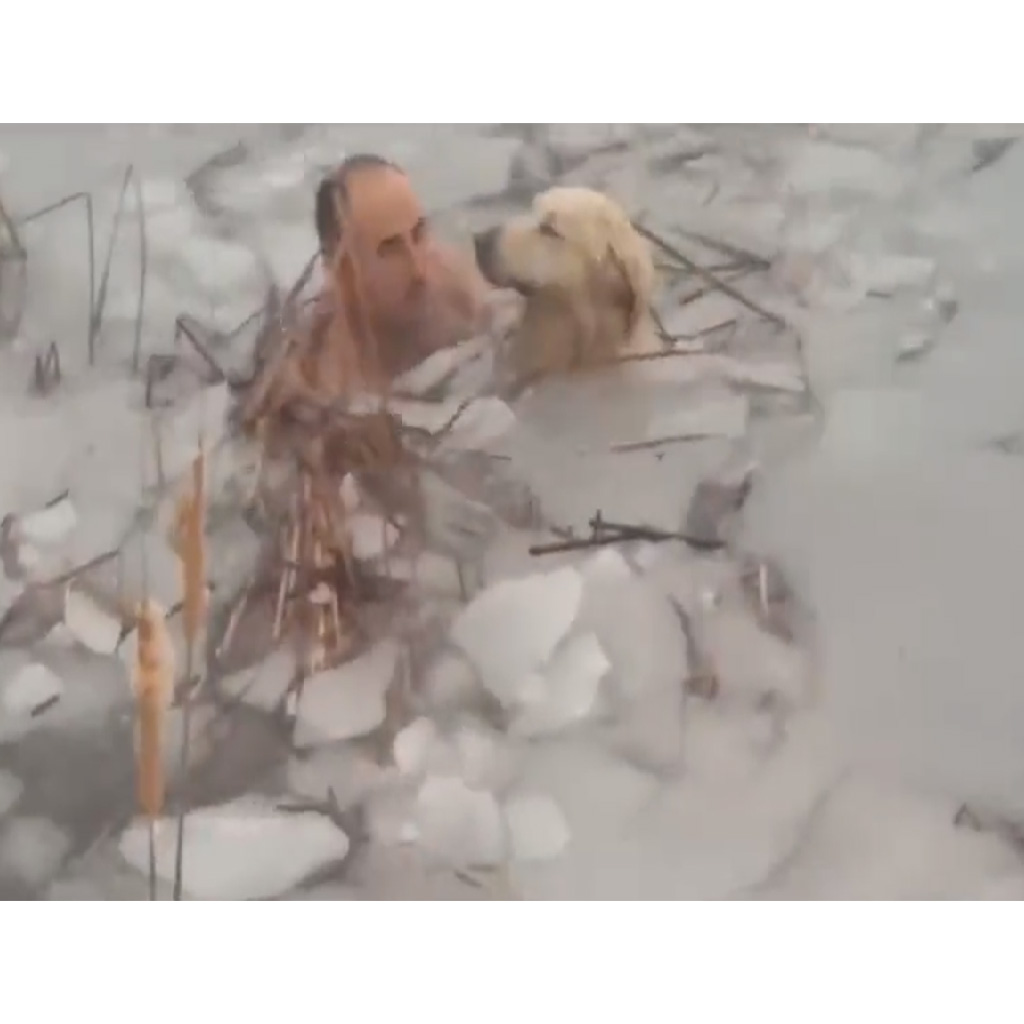 It was no small task: the reservoir was visibly frozen, and the stripped-to-the-waist officers swam through chunks of ice to get to the helpless animal. The area reportedly experienced a cold front with heavy snow and high winds.

When the two officers arrived, they found the dog who was very tired. The dog was unable to escape. The heroic cops took off their uniforms and stripped to their waists before wading into a frozen reservoir and dragging the s.t.r.i.c.ken pet to safety. One used a large tree branch to break the thick ice that had formed on the surface of the lake and reach the dog which had already been s.t.u.c.k for hours. He and a colleague then managed to free up a path for the dog to swim back to safety before all three climbed out onto the shoreline. 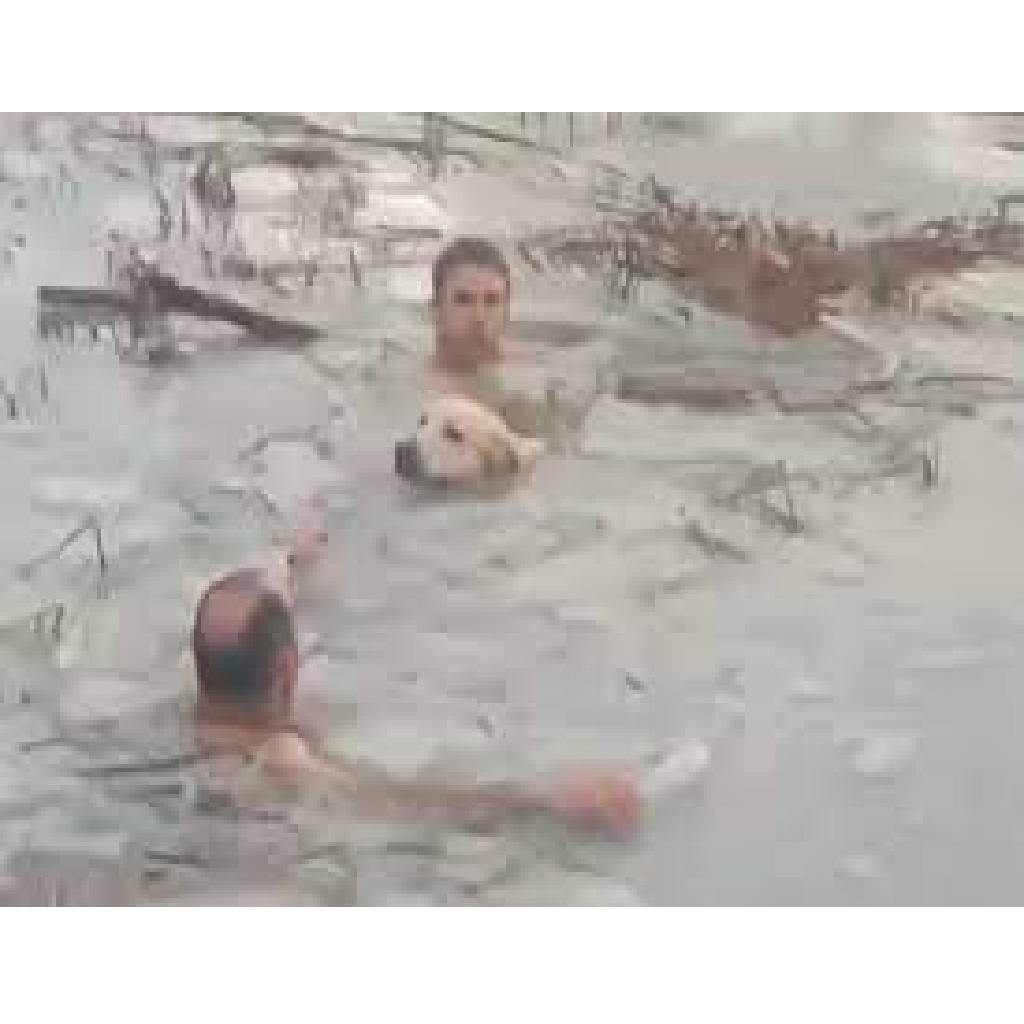 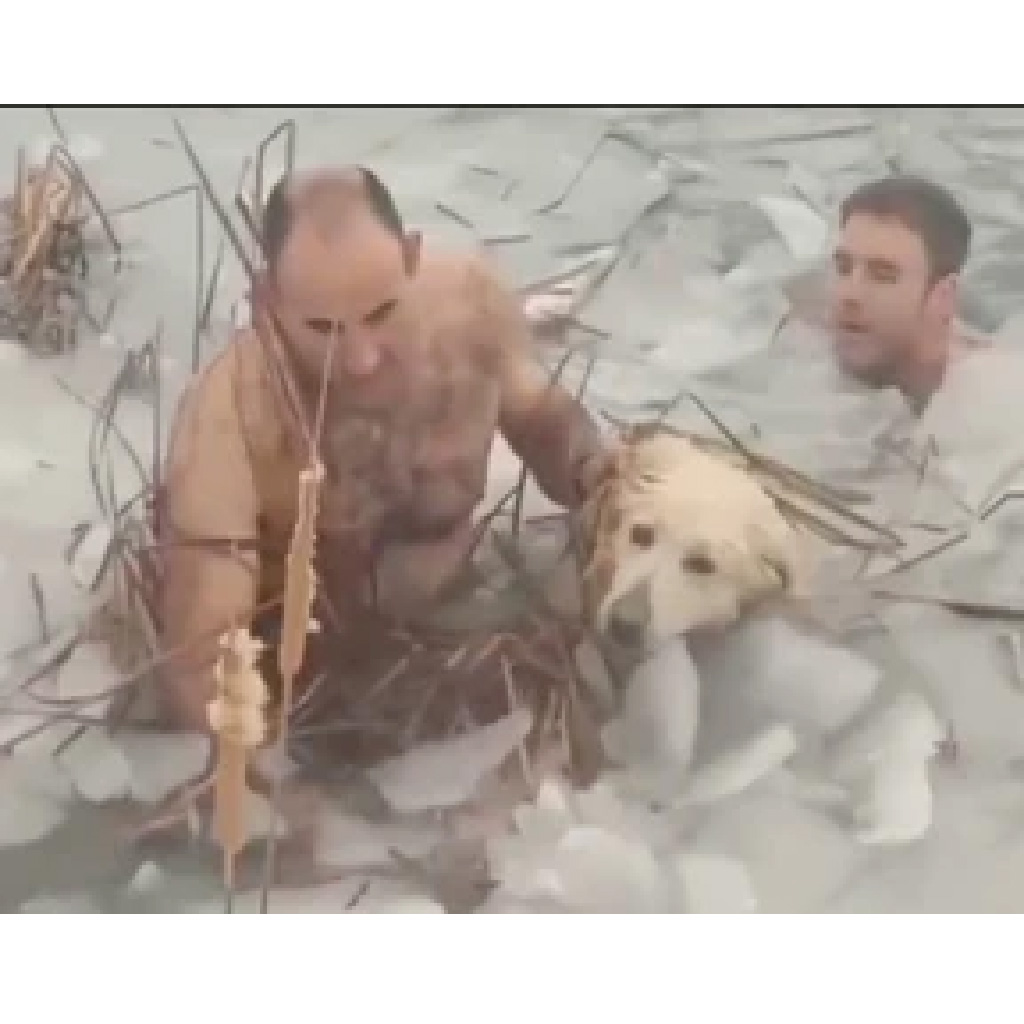 The story has gone viral on social media since being posted. “We were really worried about the poor dog as he had been s.t.u.c.k in the ice for about an hour in the freezing cold water,” said one of the officers.

They were brilliant in putting a contingency rescue plan in place – and it paid off as they brought the dog to safety.
It is unclear if the dog was a stray or if it was someone’s pet, and where it was taken next. But the dog is now safe from the freezing water, thanks to the officers who braved the cold to save its life. Following the incident, the officers warned owners to keep their dogs away from frozen ponds, lakes, or rivers which can pose a danger, and make sure their paws do not get impacted with snow.