A reunion always brings us the most beautiful, precious feelings in the world. A heartwarming moment to behold has occurred in Henan province, central China when a former police dog met her handler for the first time after years of being apart. 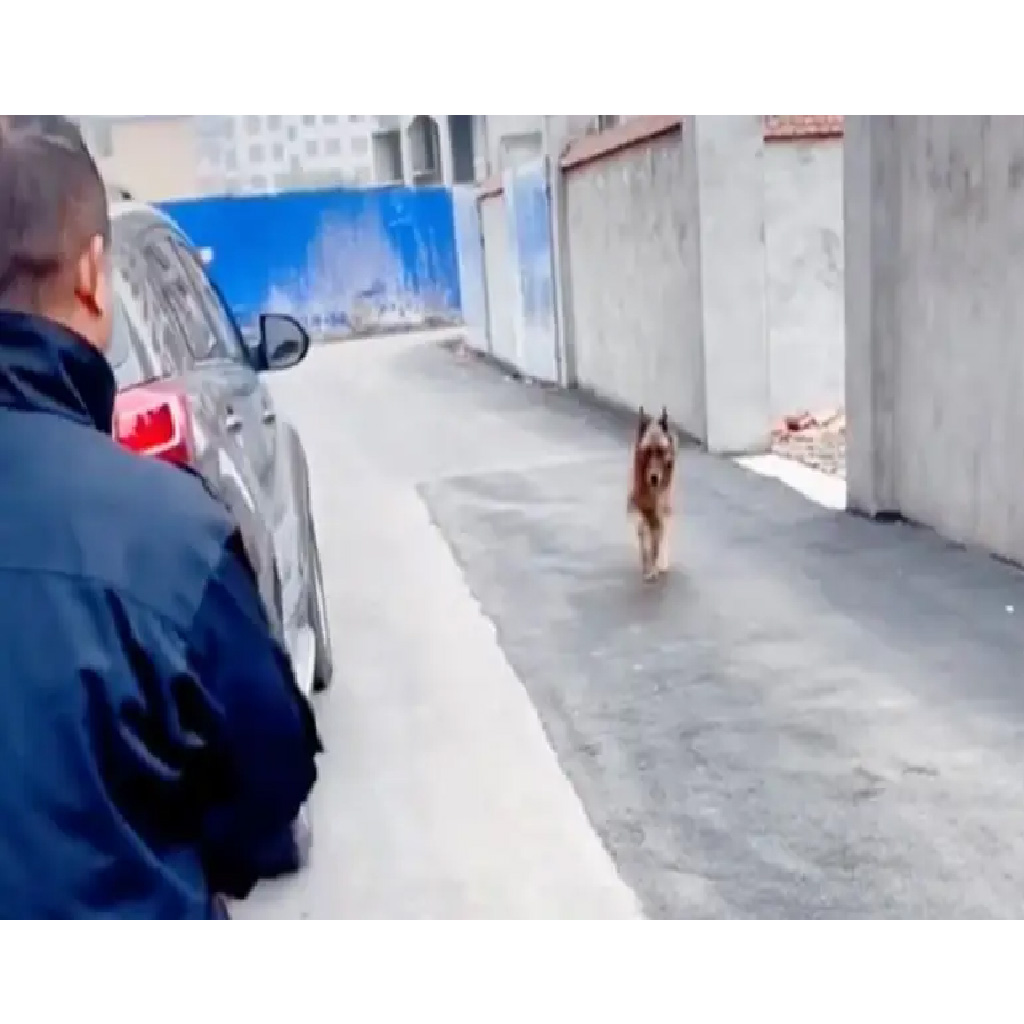 The eight-year-old German Shepherd, named Wangwang, worked as a sniffer dog at security checkpoints in Xichuan county in Henan province, central China. She was adopted after retiring in June 2019, which meant Wangwang found a new home – and in turn was separated from her handler after years of working together. However, last month, her old colleague decided to pay a surprise visit to his four-legged friend, having been out patrolling in a neighborhood near Wangwang’s home.

Last month, when he was patrolling in the neighborhood near Wangwang’s house, the officer decided to drop in and visit his furry pal. It was such a big surprise for the pooch that she couldn’t control her emotions meeting the old colleague after years apart. As she realizes who’s waiting for her, a very excitable Wangwang rushes out of the front door to greet her old friend, running up to him before immediately lying on the floor for cuddles. 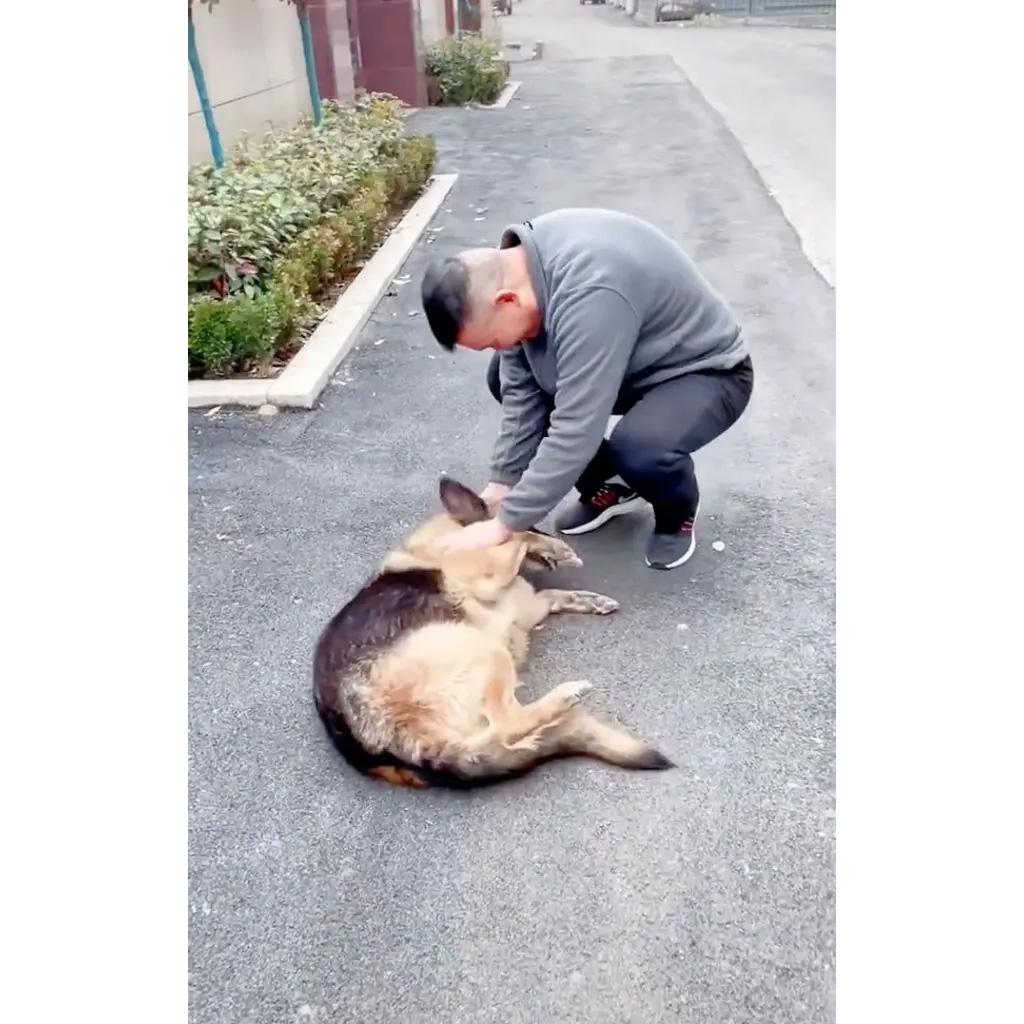 The clip shared by Xichuan’s police showed the handler calling for beloved Wangwang from outside her house. Hearing the familiar sound and realizing where it was from, the dog rushed to the front door and ran into her handler’s arm. Tears started being seen on their faces. 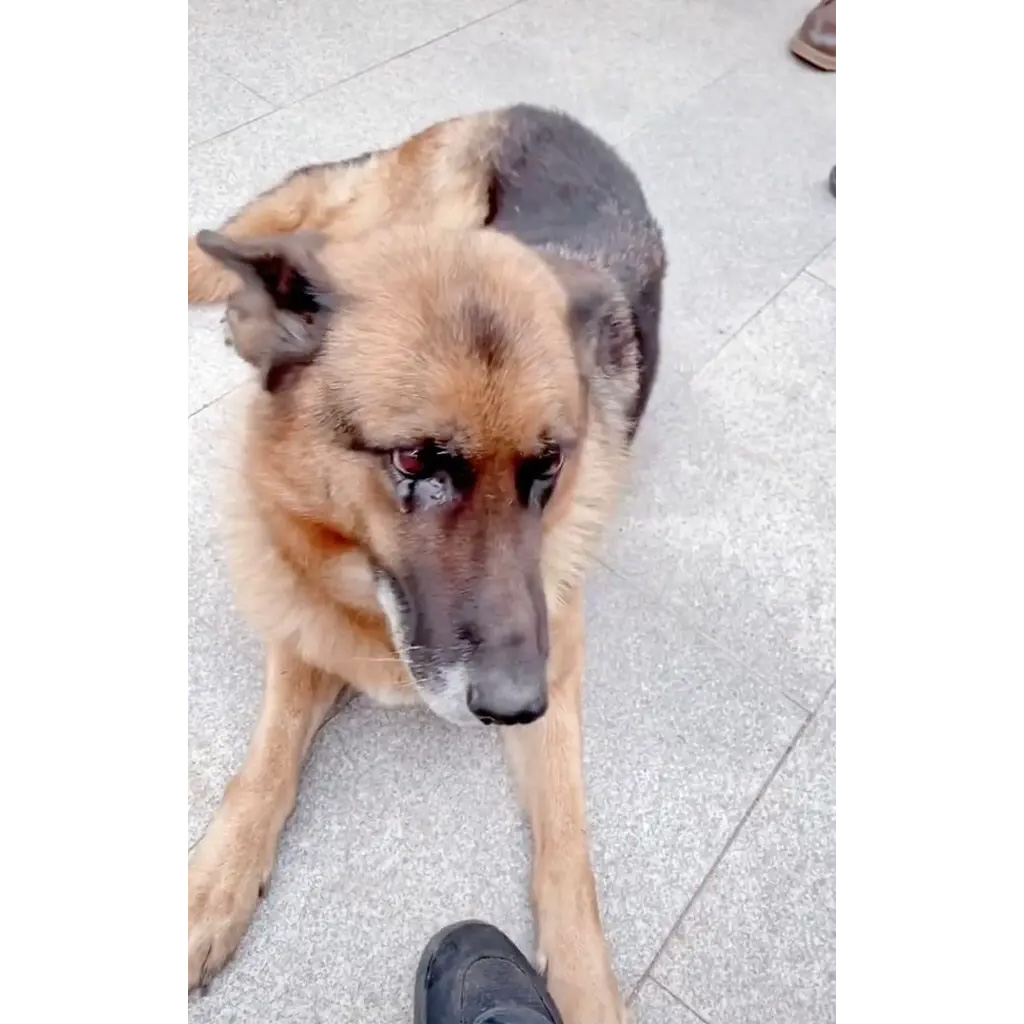 “Wangwang’s hair is turning white but she is well-fed, she is getting fat,” the post reads. “It is always hard to bid farewell to your buddy.”
The police force explained: “Police dogs are generally well fed at the training center but our officers could not dedicate their time to play or exercise with retired dogs.
“They will be better looked after in a suitable family than staying in the training center.”

Social media users found the emotional moment heartwarming, with some even claiming they could hear the pooch let out a little ‘cry’ as she was reunited with her handler.
Hopefully, Wangwang’s former handler will be out patrolling in her neighborhood again sometime soon so that they can catch up and reminisce about the good old days together.