Katryn is a cat and a mother and like any mother, she loves her children. However, something happened to Katryn and it shattered her world. That’s why she was utterly heartbroken when she lost her kittens. 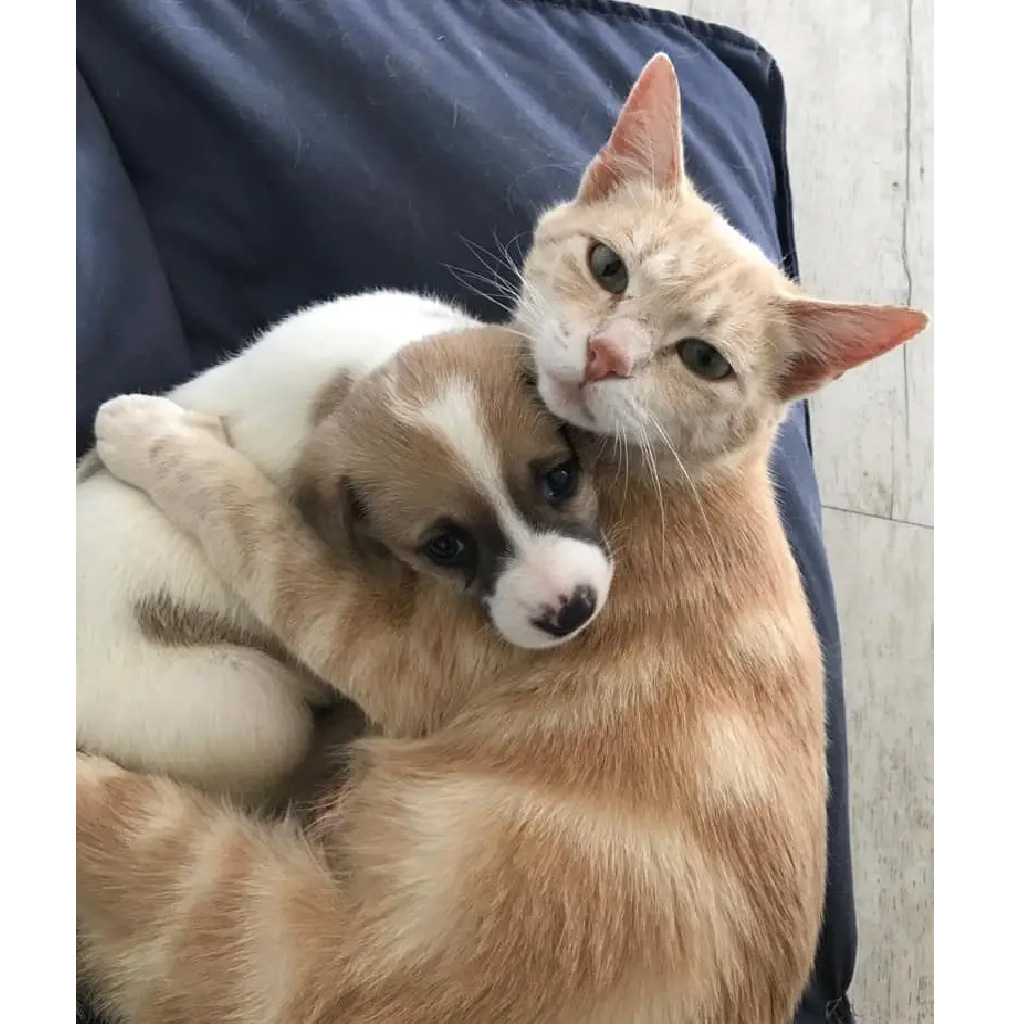 After losing her kittens, Kathryn was taken in by Izelle Marallich of Langebaan Animal Care in South Africa. She cried and cried and cried and just wanted to be held so she could give and receive affection. She was on top of us, wanting to hold us, she needed to be touching you the whole time while she slept, which was was heartbreaking,” Marallich told. “We didn’t get much sleep during that time.”
It was so sad to see this little cat long for her kittens. She had so much love to give and she felt alone.
Then the unexpected happened. A twist of fate brought a litter of puppies to the Langebaan Animal Care and instantly, Katryn and the puppies’ life were about to change. The puppies were just 3 weeks old, they were abandoned, unwanted. 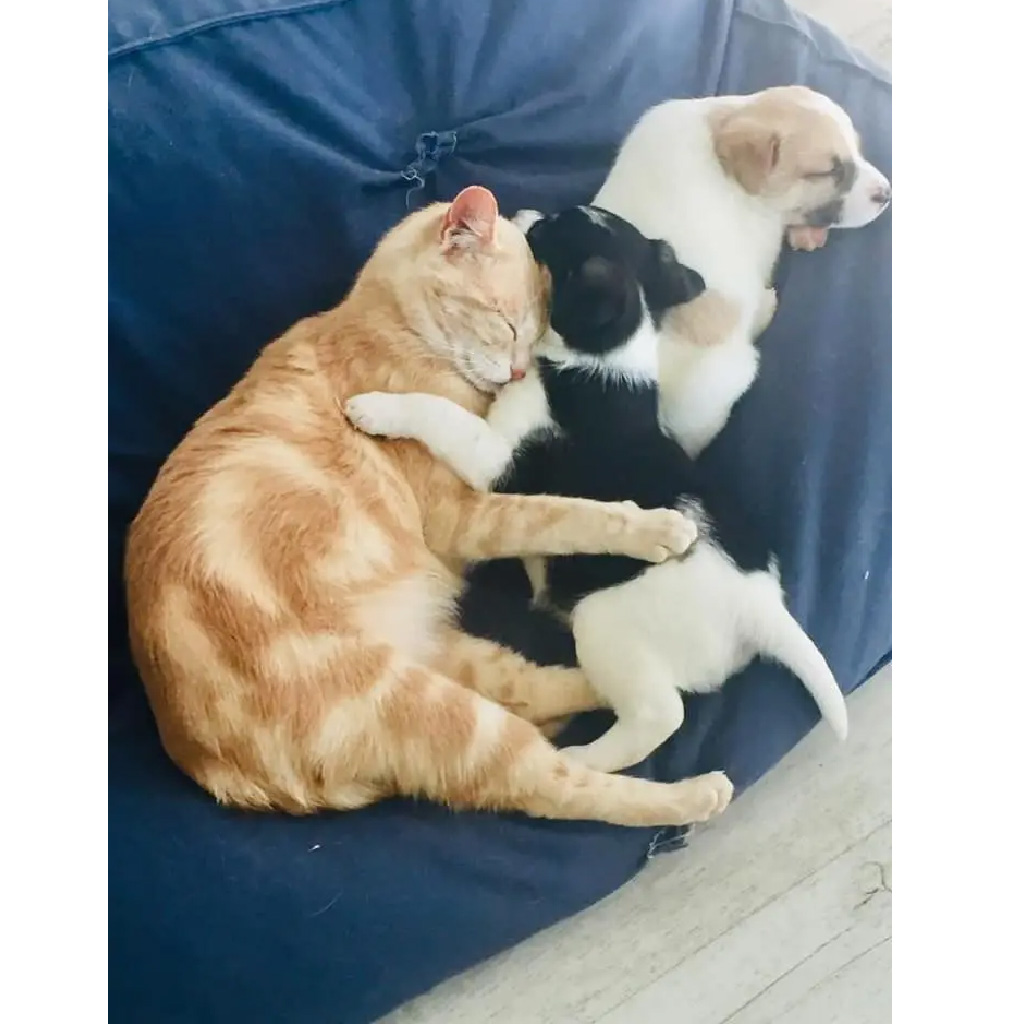 Since they were so young, they still needed milk. It was like fate brought them together.

“They were a bit confused about it initially and would move away from her, but she was persistent and kept going to groom them,” Izelle said in her interview.

She felt the need to pour all her love into these puppies and they needed her too. “They started to get used to her licking them and she just lay down with them and didn’t leave their side at all.” 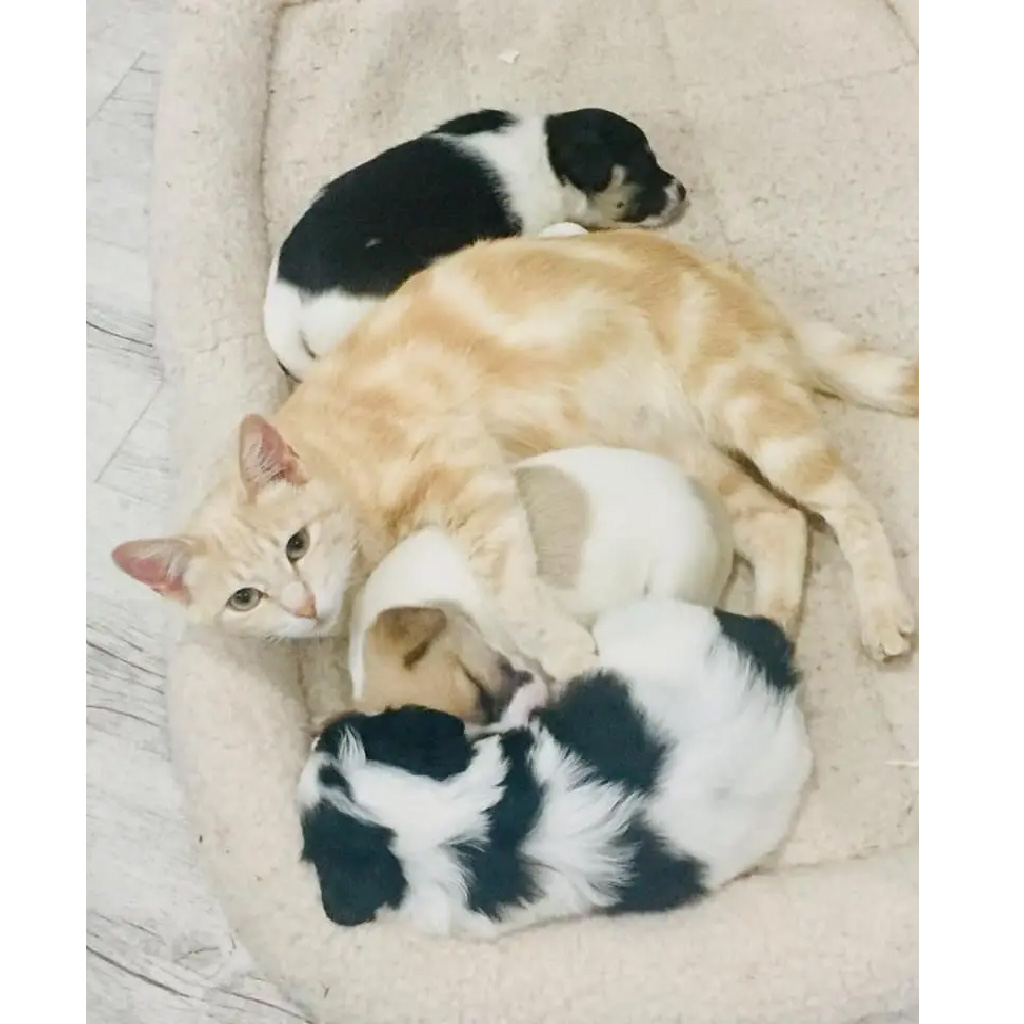 Then, they started nursing. Katryn no longer cried in sorrow, she was a mother again. She was complete and she was happy. 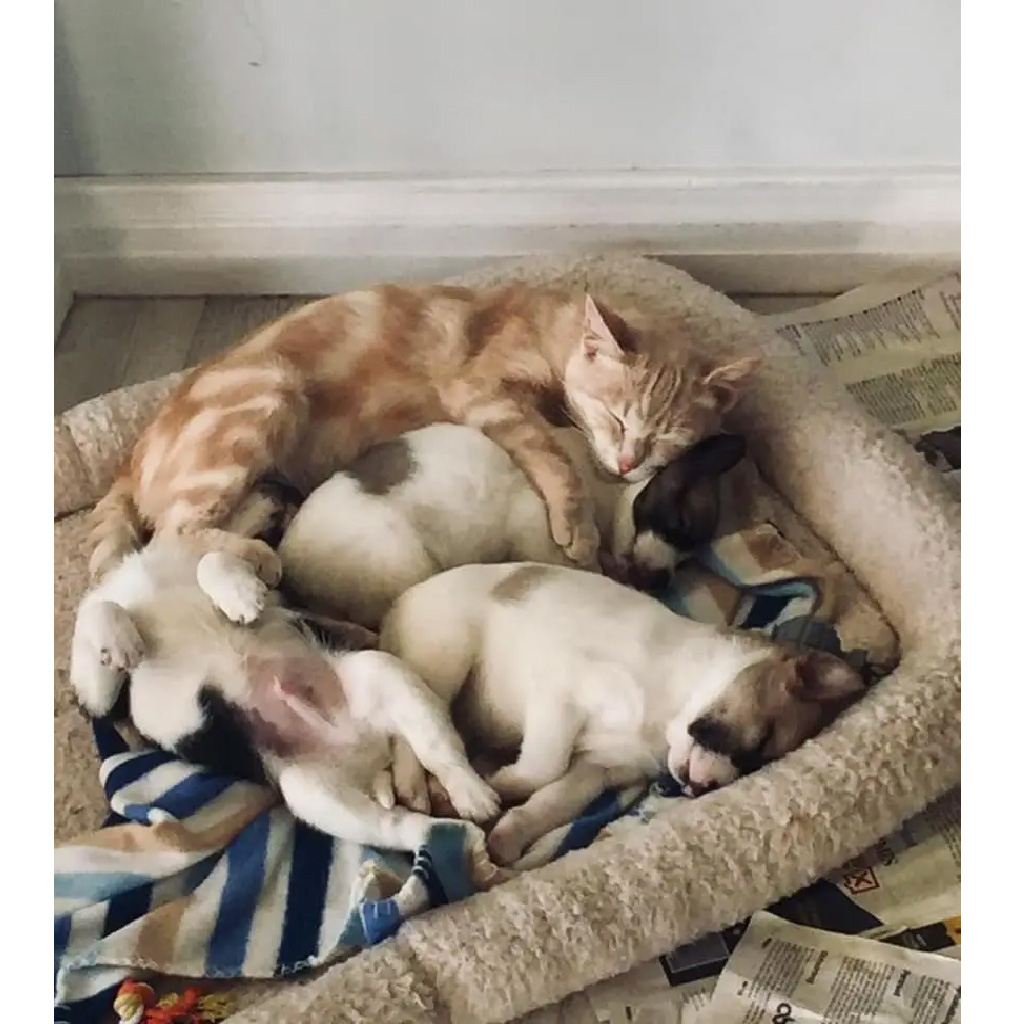 “They were just unwanted. Only when they were drooped off we realized they were about 3-weeks-old, so they needed some milk still,” Marallich explained

“Katryn claimed the puppies as her own and has been nursing them since then and protects them and cleans them as her own. It has been so special to see this in real life and to realize how amazing animals are to take care of the young no matter what species they are,” posted Langebaan Animal Care.