As over a million Ukrainians flee their country, many are refusing to leave without their pets by their side. Across social media, photos have popped up of people and their animals attempting uncertain border crossings or huddling in ʙ.ᴏ.ᴍ.ʙ shelters and subway stations. 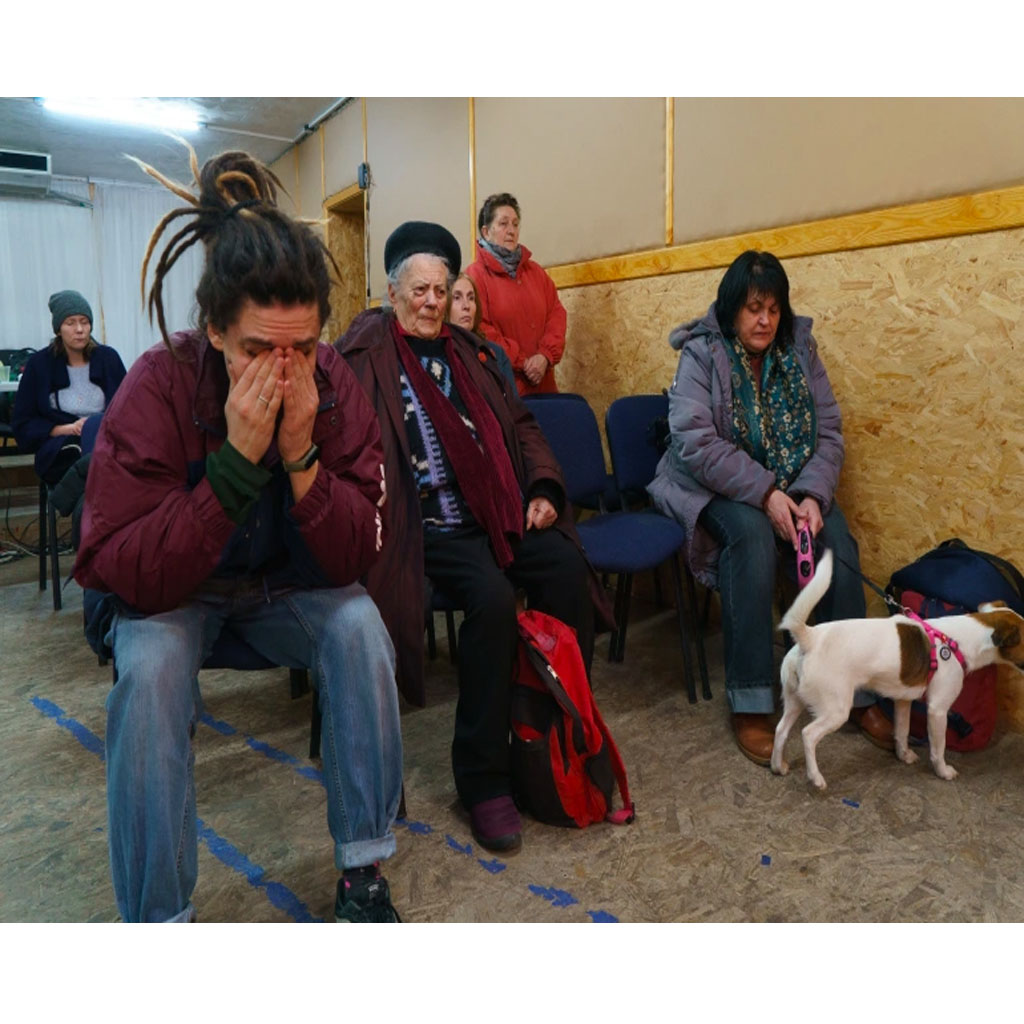 The scene is so heartbreaking. Ukrainians flee from Ukraine taking thier pet with them. Many photos have spread how people try to pass the boarder with their pets or how they hide hugging their dogs in the shelters or at the stations.
According to recent reports, most neighboring countries are allowing Ukrainians to bring pets across borders without veterinary paperwork. However, there are still many animals in Ukraine in need of food, medicine and care. Heroic volunteers and zoo and shelter workers are staying to care for these animals. 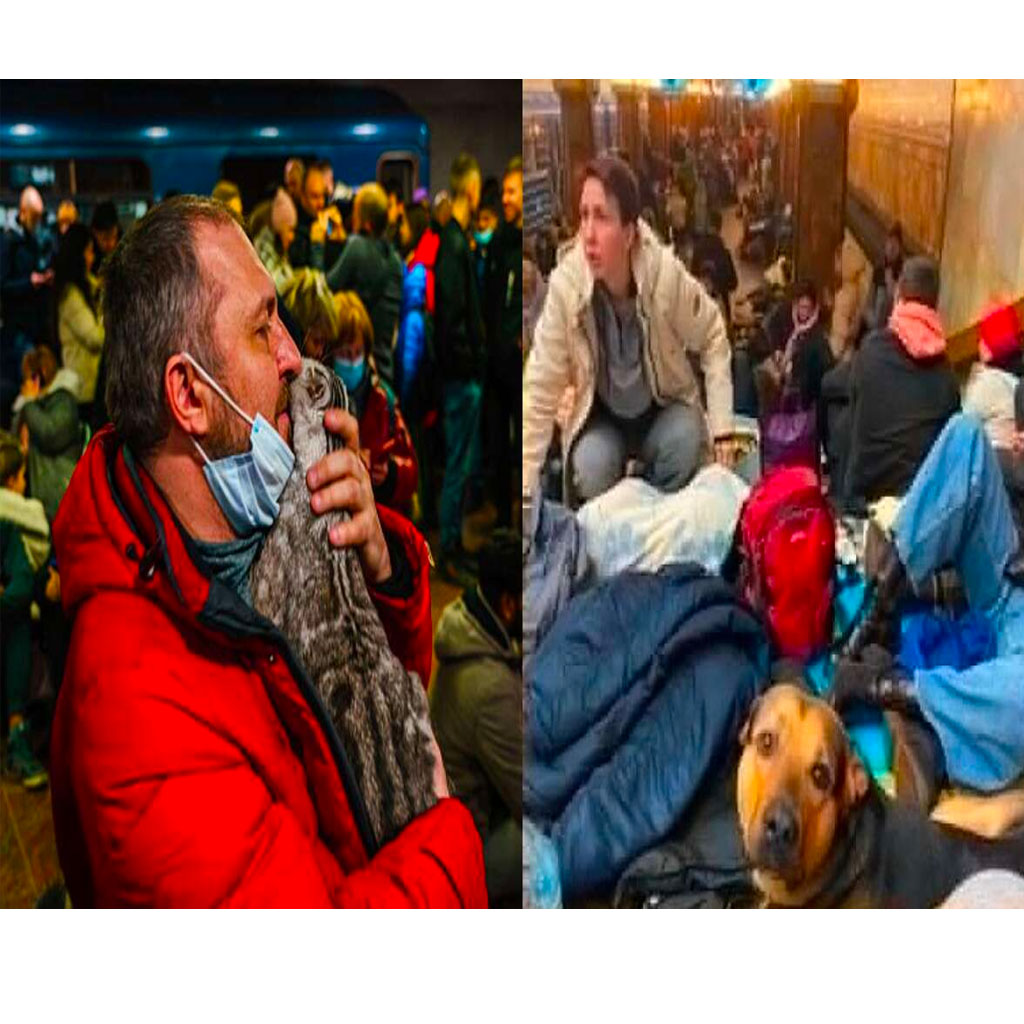 Rishabh Kaushik, a student at Kharkiv National University, refused to join his family in India if it meant leaving his rescue dog behind. “I decided then that if my dog can’t leave, I won’t either,” Kaushik told. ” I know that there is [a] risk in staying on but I can’t just abandon him. Who will take care of him if I go?” 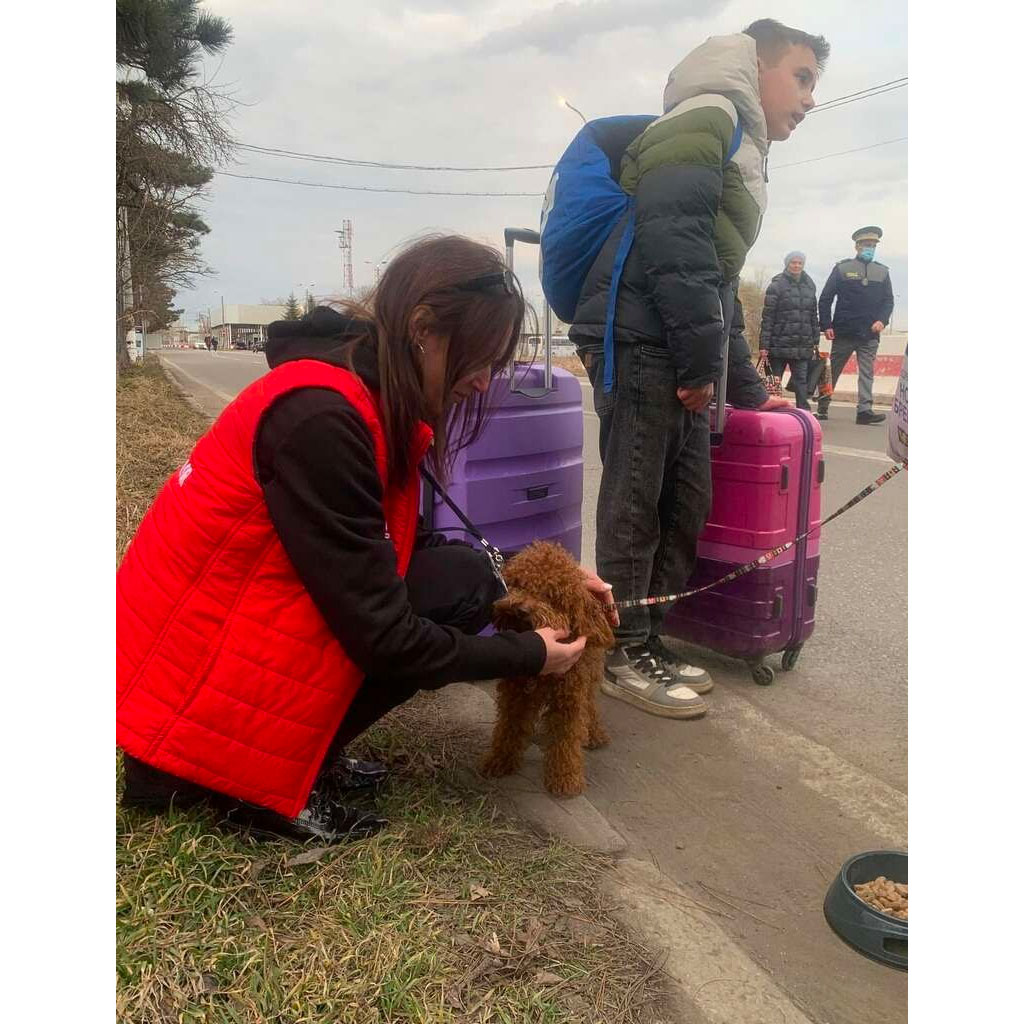 Slovakia, Poland and Romania let the Ukrainians pass the boarder with their pets without veterinary paper. Seeing these pictures you only think that humans as well as dogs need better life.
It’s hard not to feel powerless in times of crisis, but there are ways to help Ukrainian pets and their families — as well as the shelter animals with nowhere else to go.

Here are some organizations that need your support to help the animals of Ukraine:

International Fund for Animal Welfare (IFAW)
The IFAW has been working with partner shelters in Donetsk and Gorlovka to provide funds for pet food, veterinary supplies and staff wages. They have also provided a $50,000 grant to World Central Kitchen (WCK), an organization serving hot meals to Ukrainian refugees in Poland and in five Ukrainian cities, including Odessa and Lviv. 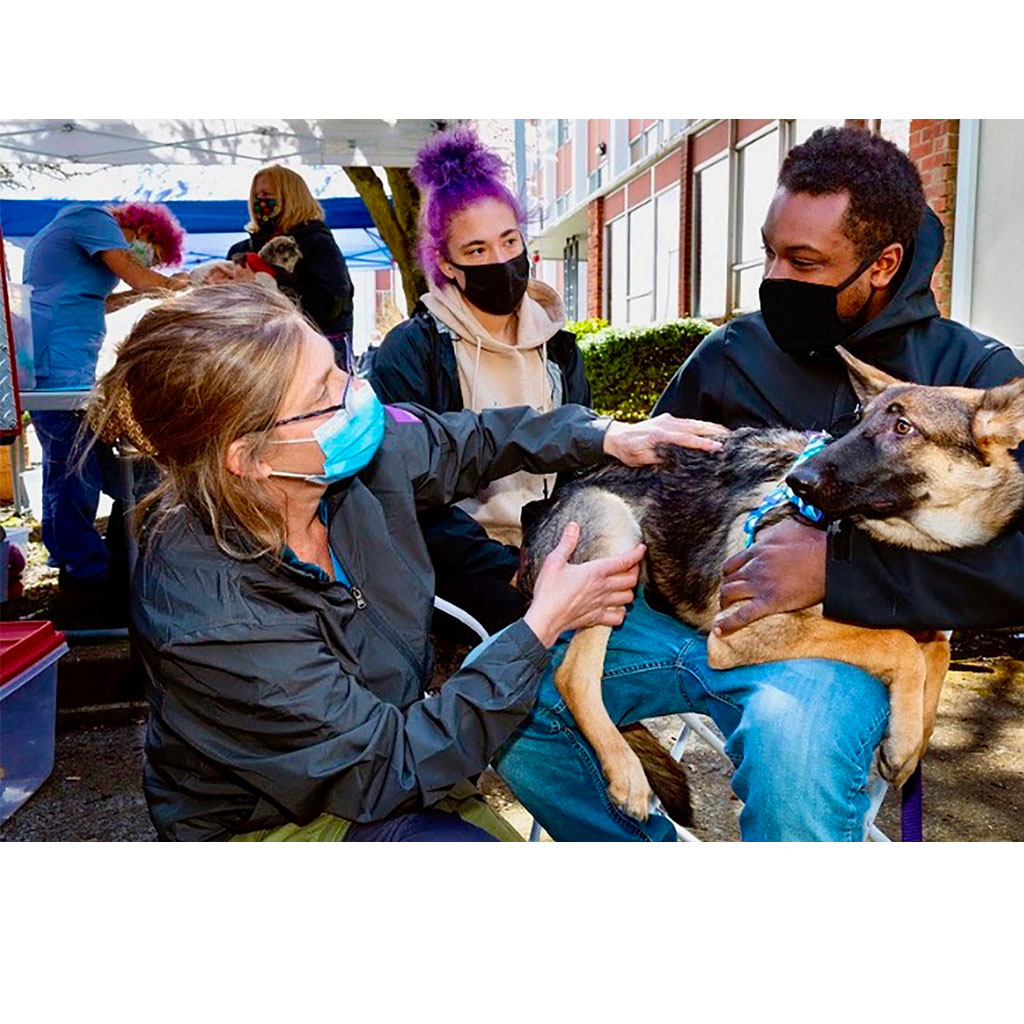 Saved By The Vet
This organization typically rescues, treats and re-homes abandoned dogs and cats in and around Solca, Romania. However, since the start of the Russian military invasion of Ukraine, they’ve been providing support, care and shelter to Ukrainian refugees and their pets — as well as transporting supplies to Ukrainian shelters in need. To help Saved By A Vet, you can make a one-time donation via PayPal or contribute to their Amazon wishlist. 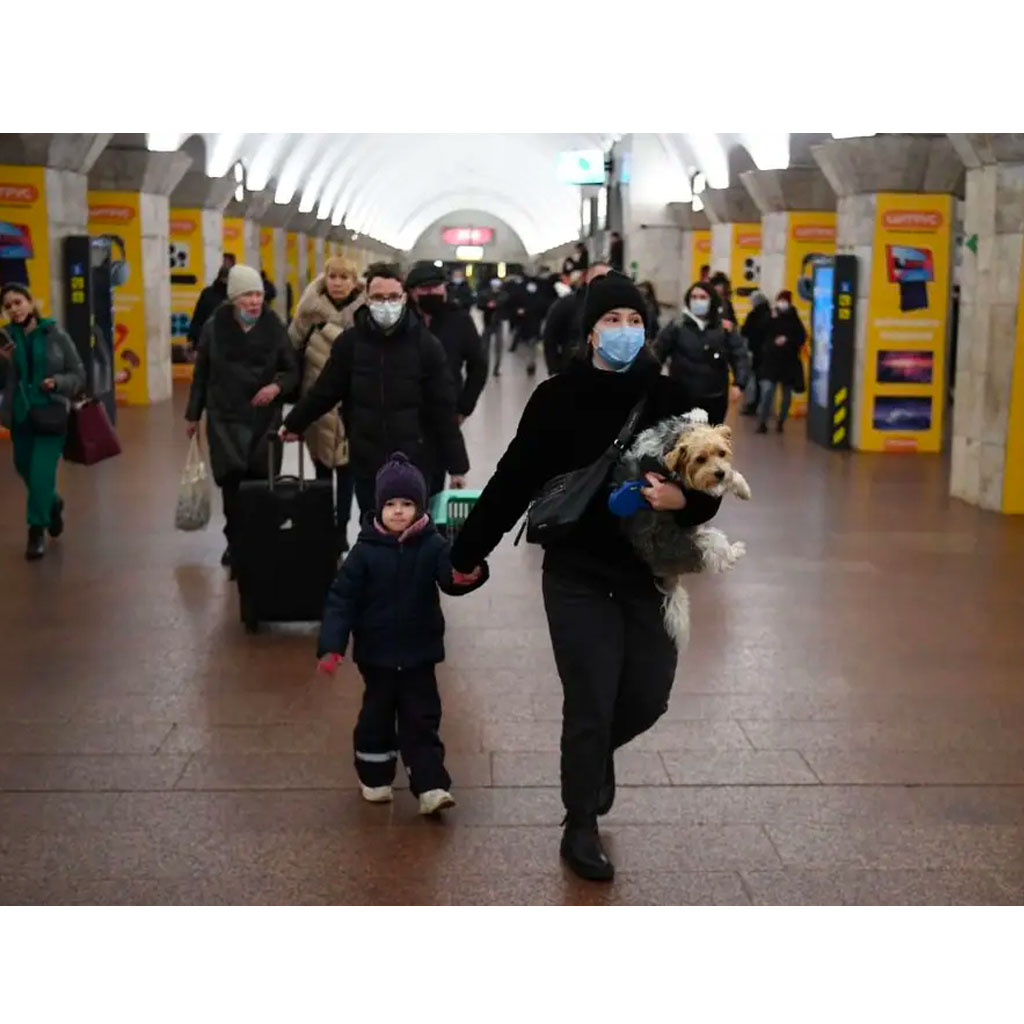 UAnimals
UAnimals is collecting donations to support animal shelters left with dwindling food and supplies due to the Russian invasion. So far, they have sent assistance to a growing list of shelters across Ukraine, including Give A Paw, Chance for Life, Pif and Sirius. “Volunteers in shelters and rehabilitation centers will never abandon their animals and will stand until the last,” reads a Facebook post. 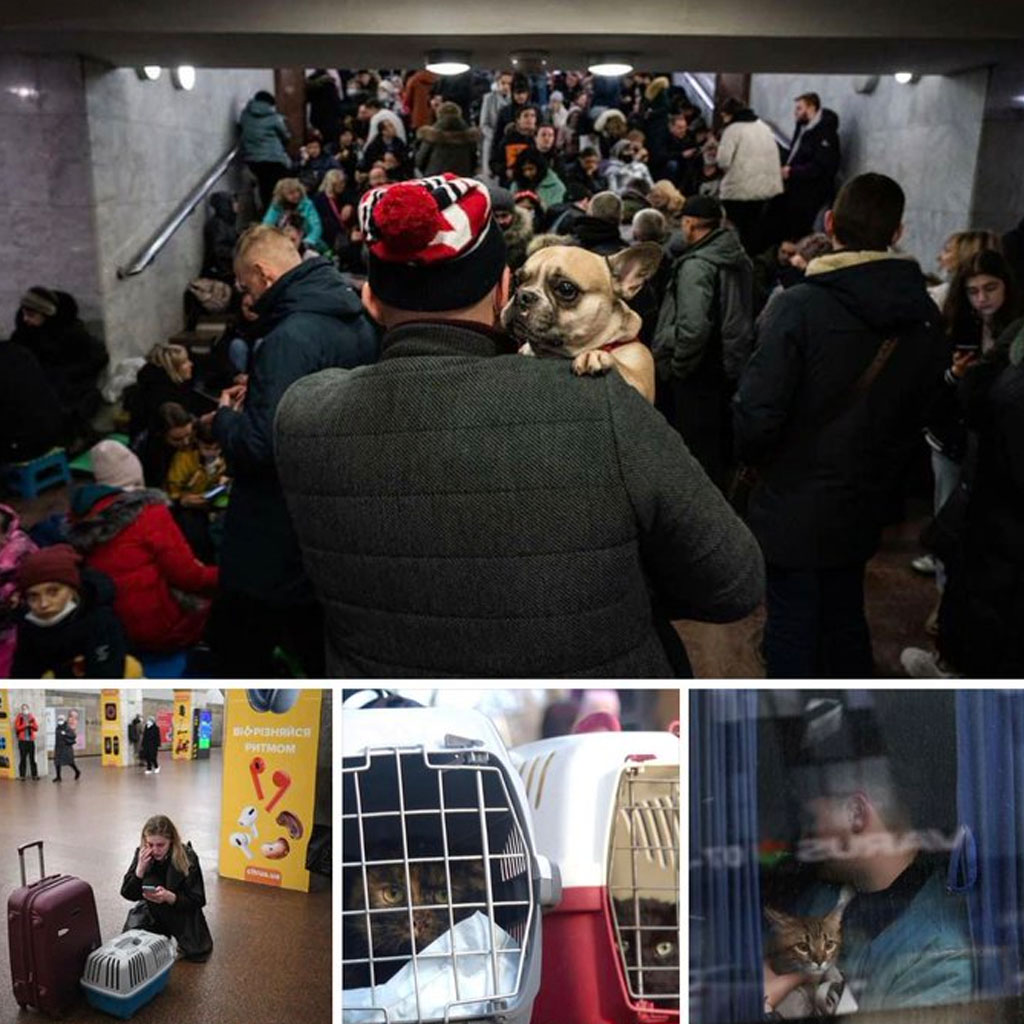