When Russell Jones ʙʀᴏᴋᴇ his ankle in June, he got a lot of sympathy from friends and family. But perhaps the one most empathetic to his situation was his dog, Bill. Meet Bill—a lurcher from London who’s been imitating his injured owner’s limp out of sympathy. 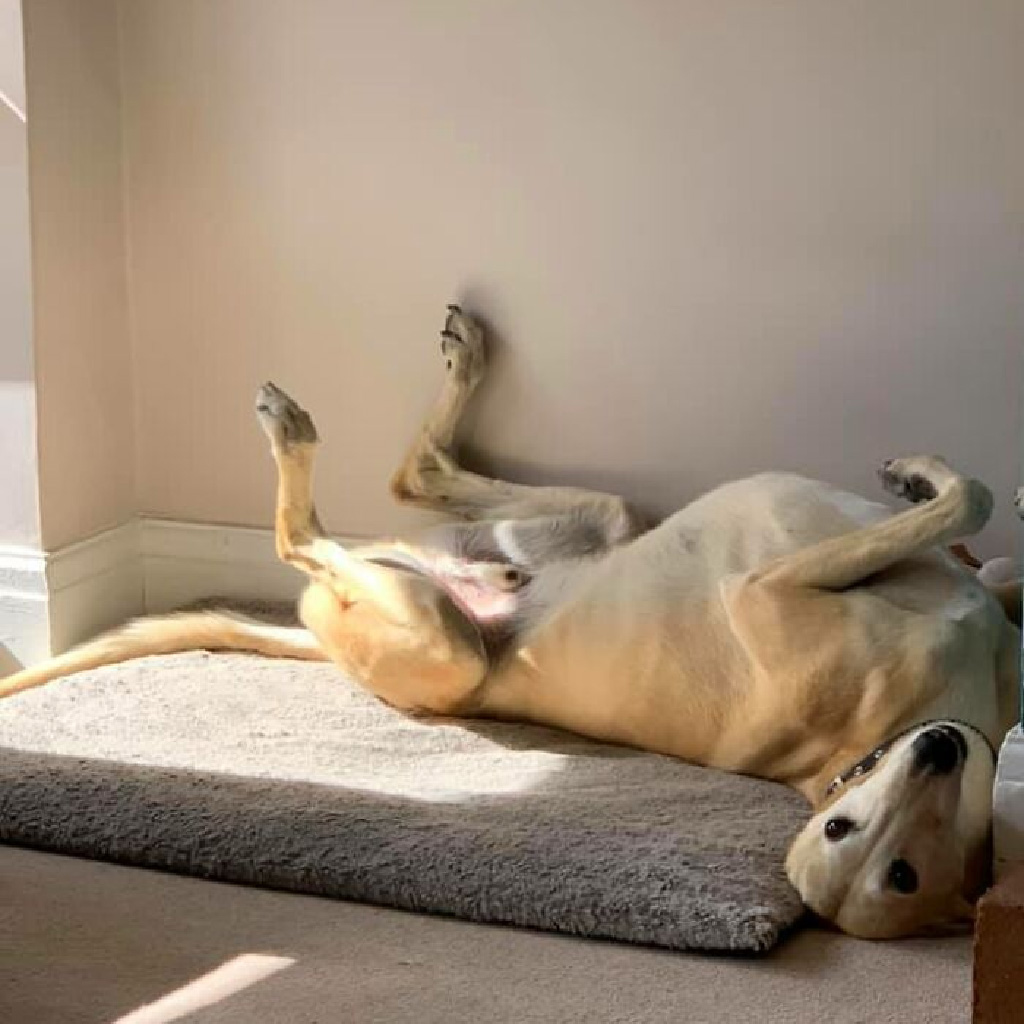 The lurcher usually loves to run and play, but as soon as he noticed the cast on his dad’s leg, he started to act differently. Jones’s wife, Michelle, spotted Bill limping around the house whenever he was near his dad and she began to worry.
“Michelle saw she was copying me the next day while I was limping about the home.” We were concerned that anything may happen to his leg, so we took him to the veterinarian the next day. They came up empty-handed. It came in, generally, due to social separation, believe it or not. When it was finally released, they said they couldn’t discover anything on it. The vet attempted to diagnose Bill’s mysterious condition but found nothing wrong with the pup. He hobbled again when we arrived home. 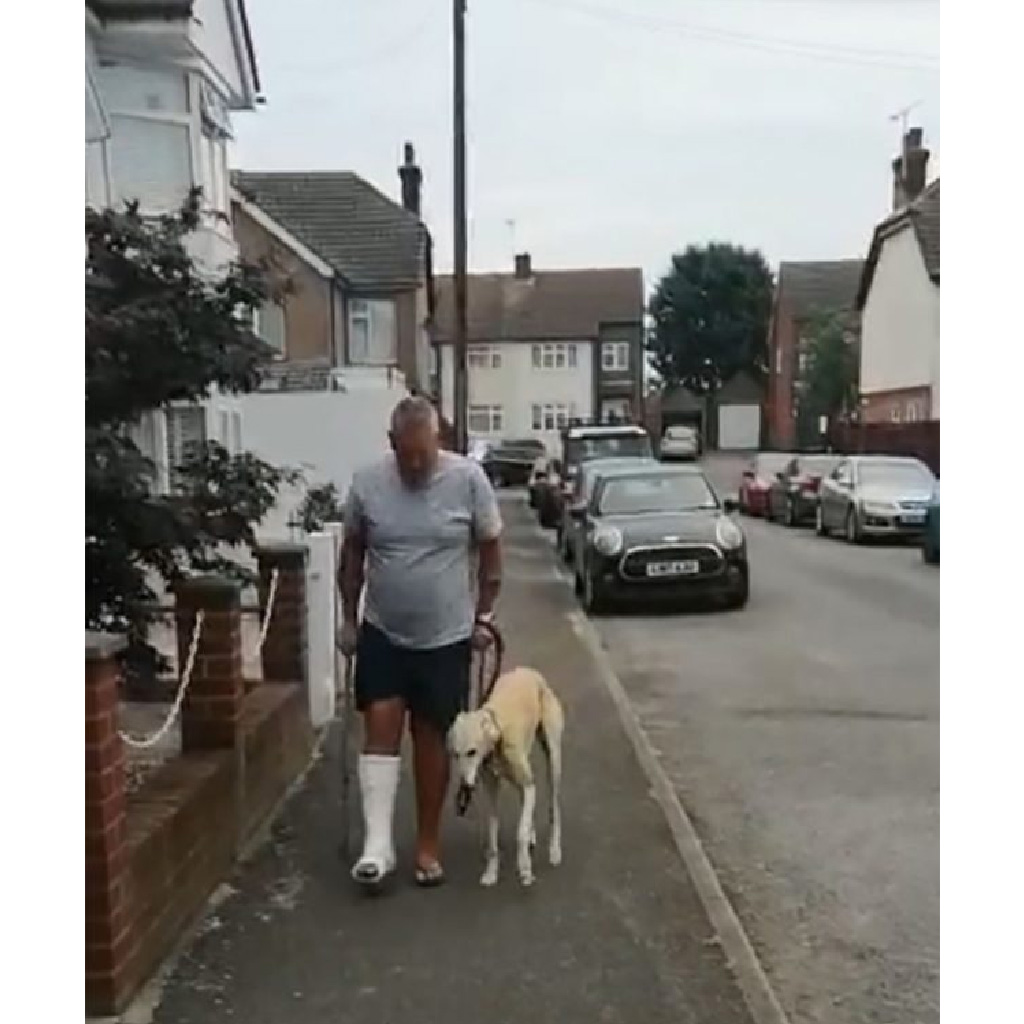 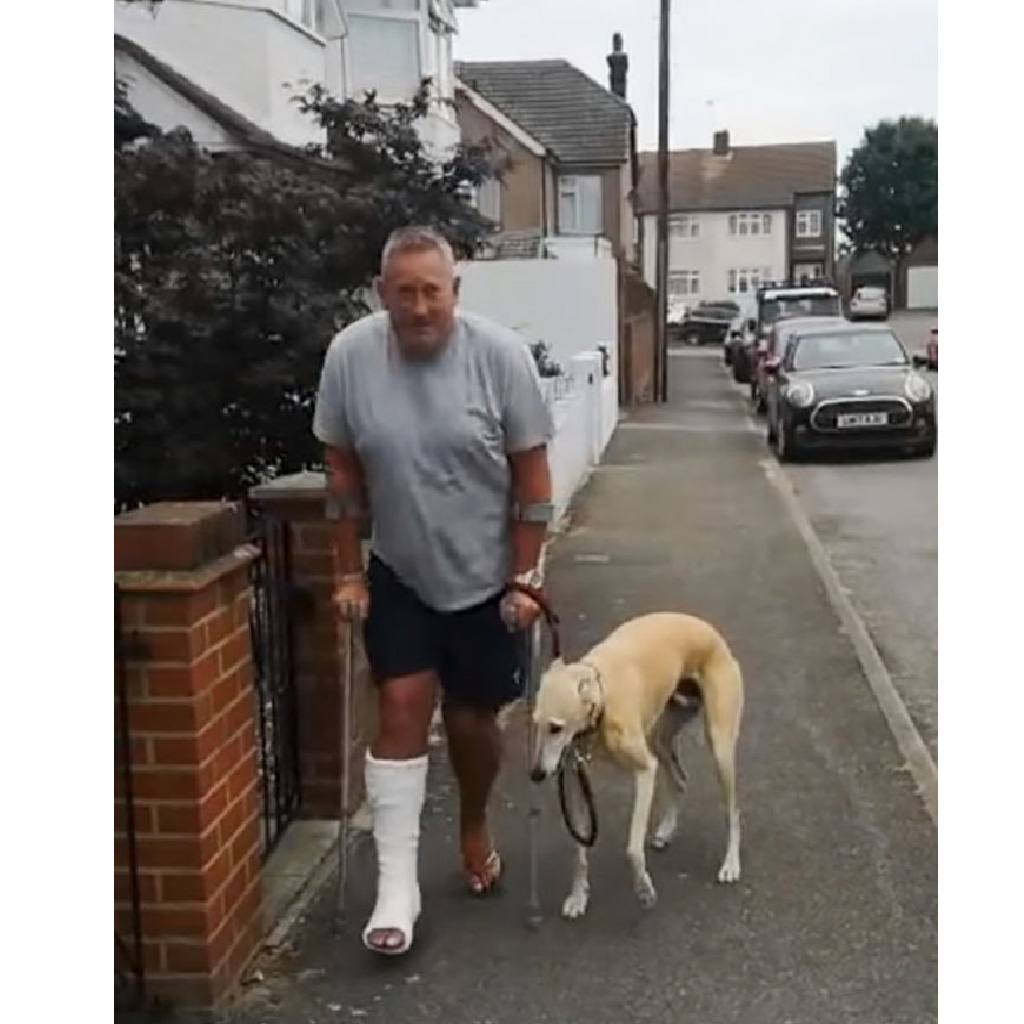 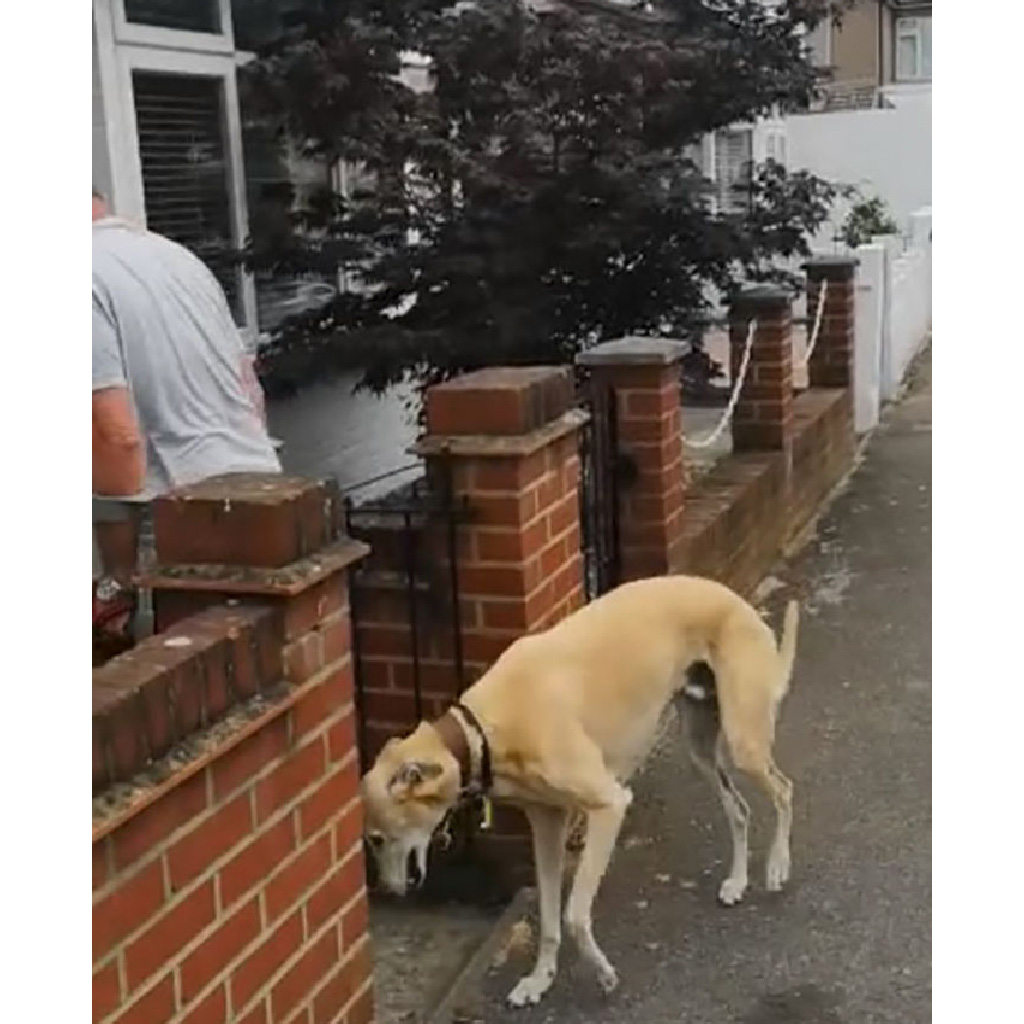 Russell paid over $ 300 for consultations and X-rays, only to discover that Bill was impersonating him out of pity. Russell decided to post a video on Facebook in which Bill can be seen walking behind him on crutches, copying his moves. “It cost me £ 300 in vet expenses and X-rays; it wasn’t anything severe; it was just pity.” “I adore him,” he said. While Bill’s fake limp might have cost the family quite a lot in vet fees, the dog’s Oscar-worthy performance still cracks them up.

Bill travels with his father and elevates one of his front legs, mirroring his motions to the interior of his house, as shown in the short movie. The video has already received over 11 thousand likes and has been shared over 28 thousand times on social media. 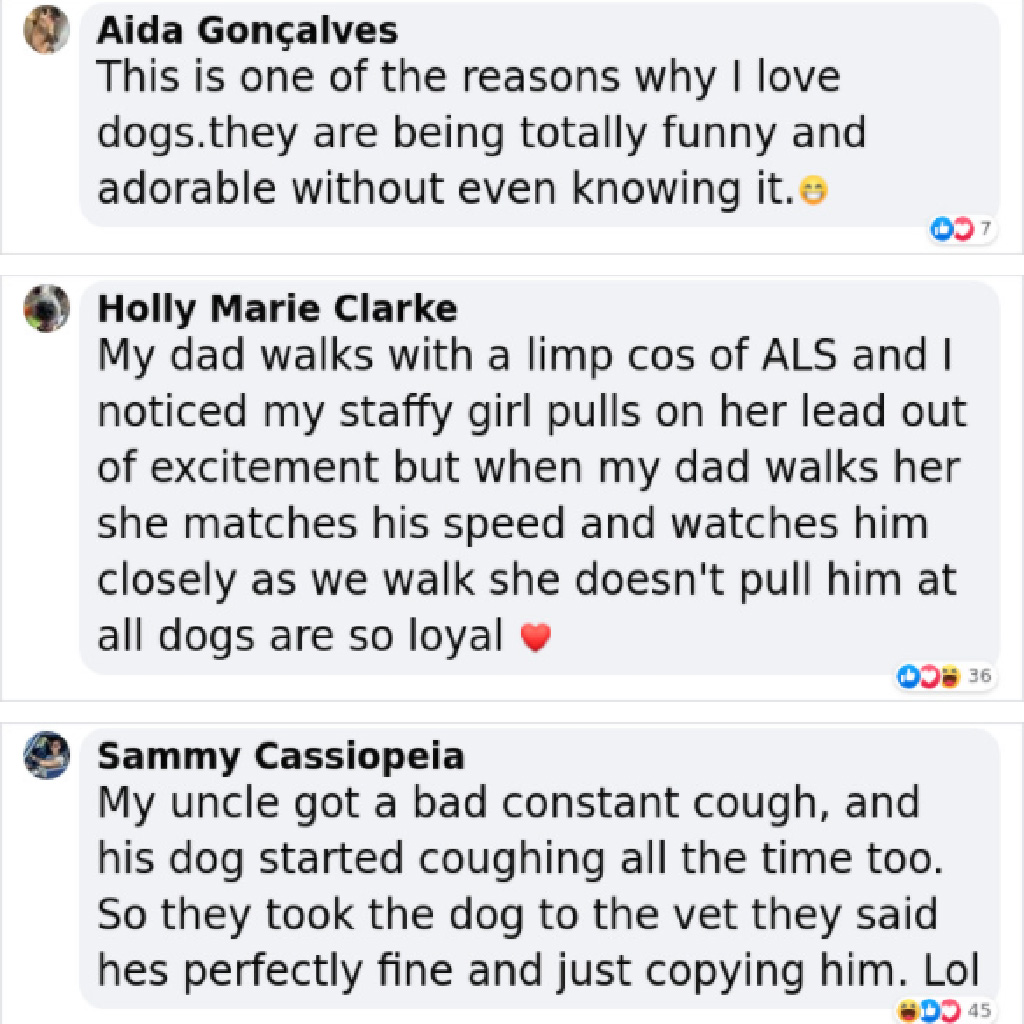