Probably most of us think of our pets as the greatest, smartest, most beautiful animals that ever walked the Earth. And this doggo is certainly a smart boy since he figured out that the best place to go after he lost his human is the police station. 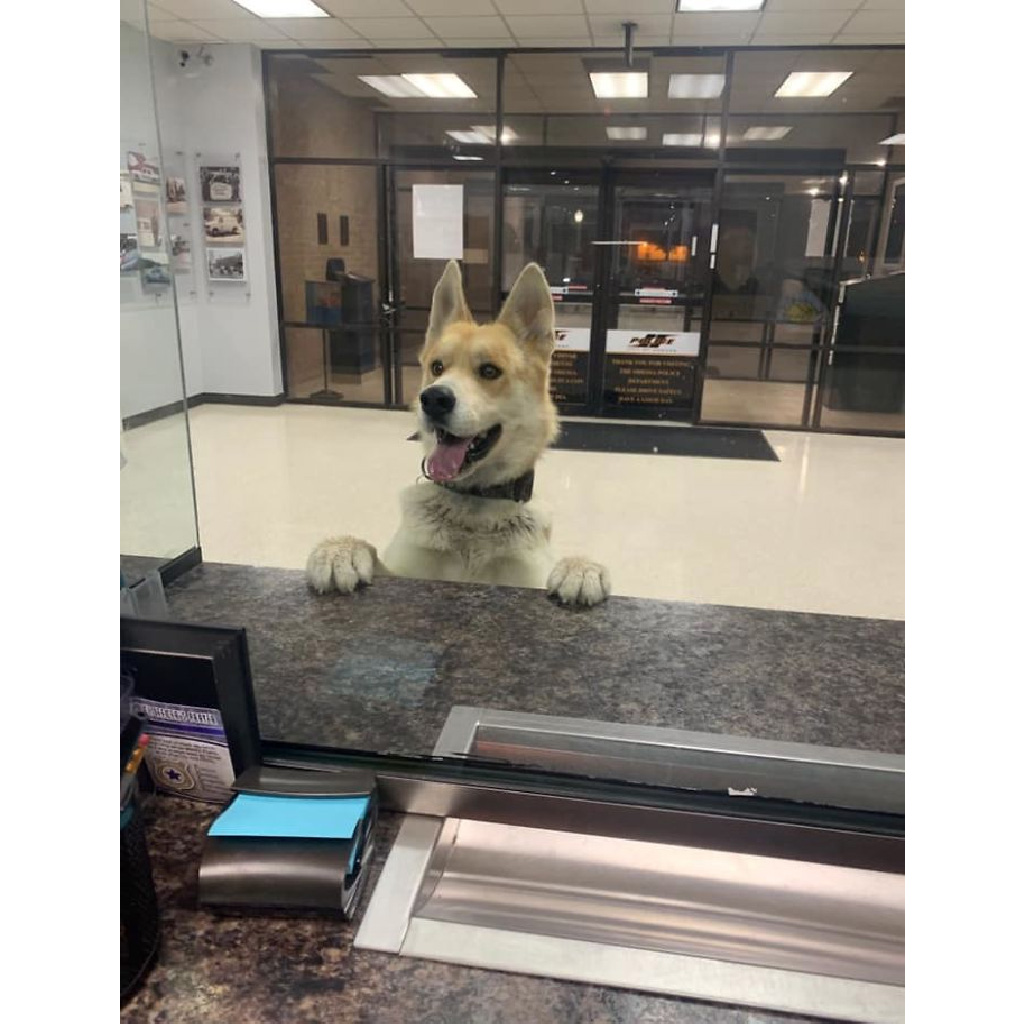 Things were shaken up at the Odessa Police Department in Texas when a dog wandered in to report himself missing. Well, not literally, but there was a dog who did walk into the police department, much to the delight of the officers. He was a very friendly dog. And while the officers enjoyed the visit, they knew that he was probably a little lost.
Sergeant Rusty Martin was among the officers there to receive him, noting that the pup appeared none too distressed by his “lost dog” status. Mostly, he just seemed out for a good time — and he got one.
“We were all excited to have him in the building,” Martin said. “We had a tennis ball and threw it in the lobby for a bit. Everyone loved on him.” 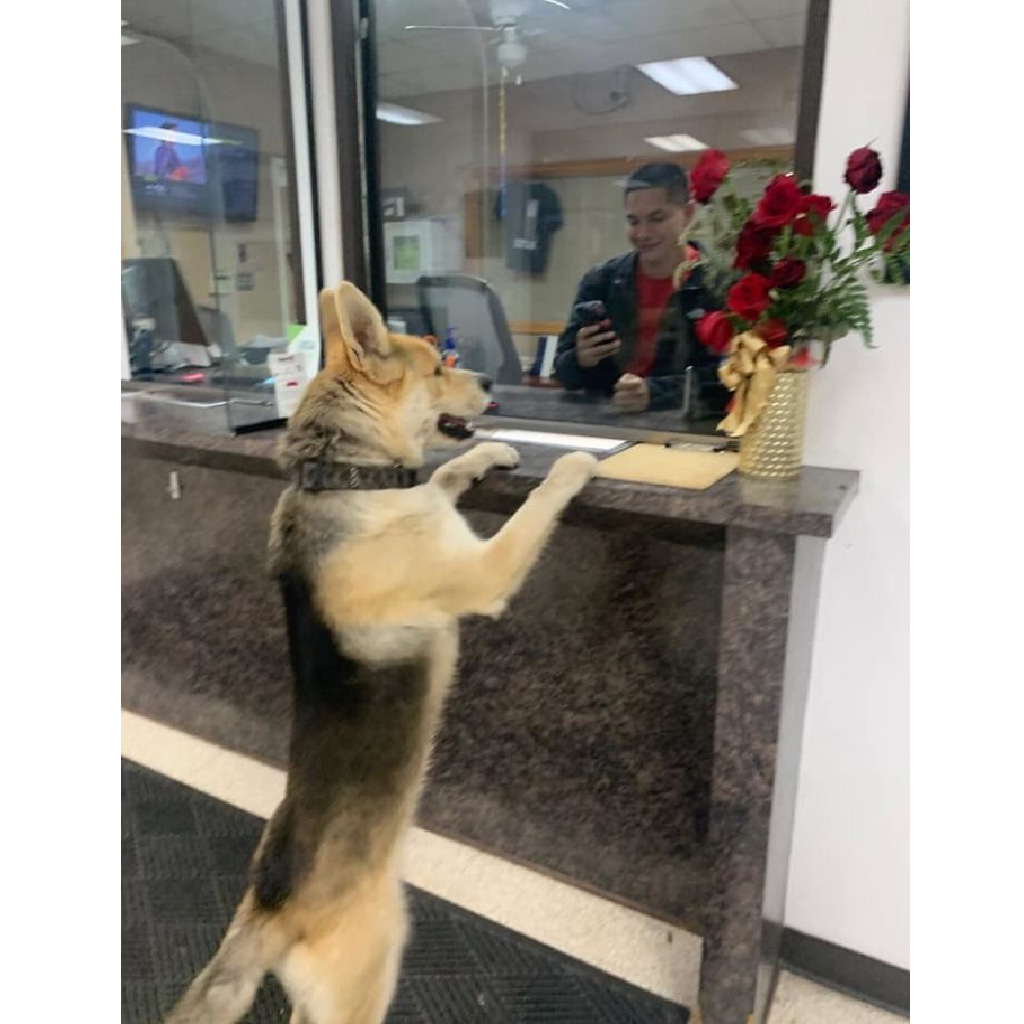 With the dog’s well-being their number one priority, the police officers began the search for the dog’s family. But then, their case took an unexpected turn. The dog’s collar happened to have a missing ID tag – probably fallen off somewhere. With no ID tag, they had to reach out to animal control in order to have the dog scanned for a microchip. It took animal control a while to reach them, and in the meantime, a series of events happened at the station. 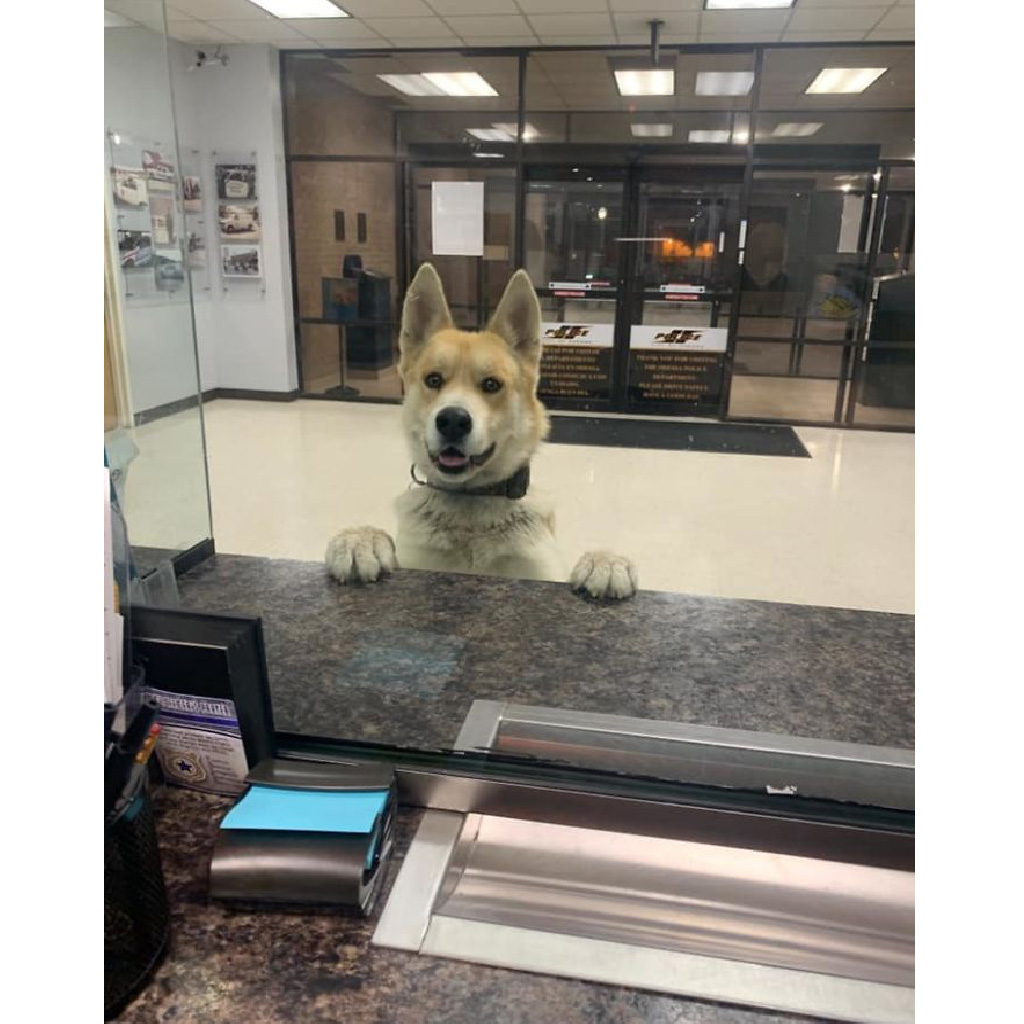 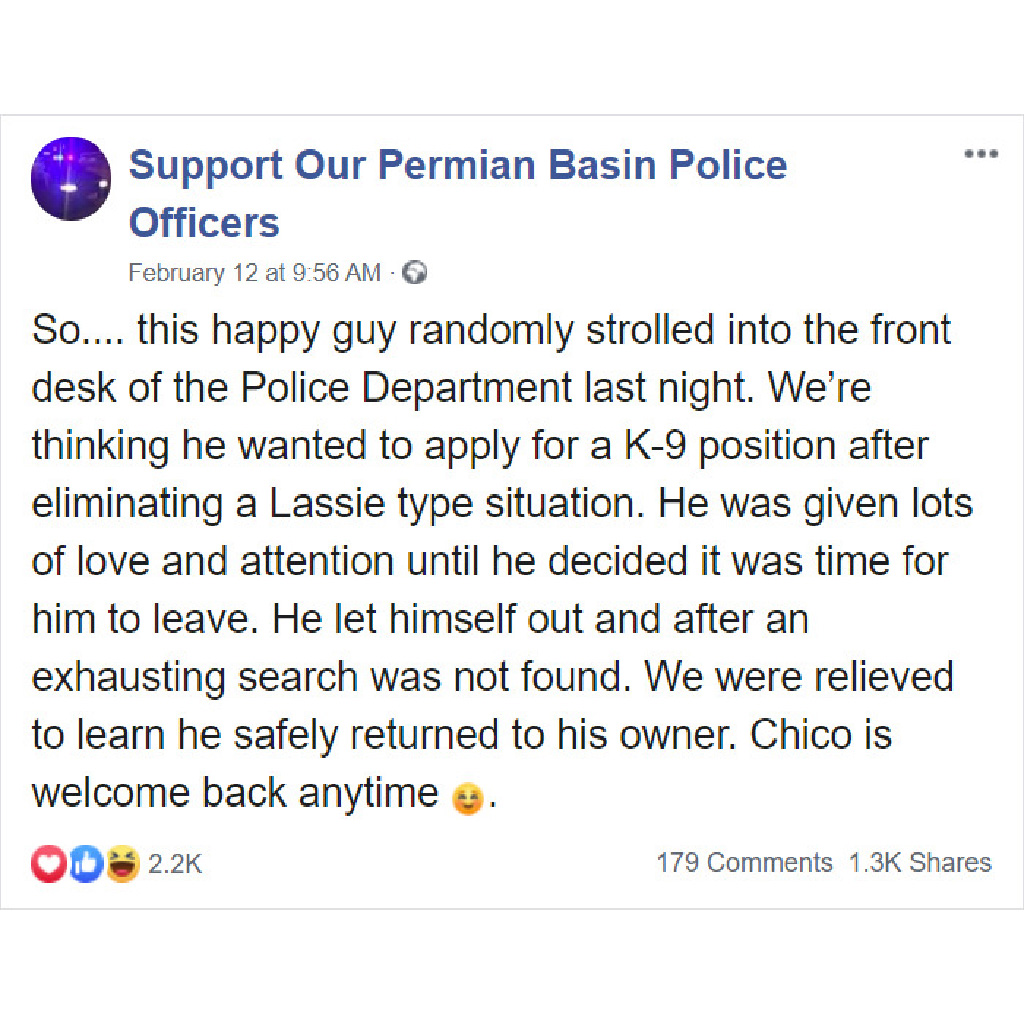 Evidently deciding he’d been “missing” long enough, the dog-headed back to his family, all on his own.

“He ran out just as quick as he came in,” Martin said, having posted about the incident on Facebook. “The owner responded the next day [to say that] it was his dog and he had returned home. He lives about a mile from the station.”
The dog, who’s named Chico, had cracked his first case — albeit one of his own design. “I was impressed,” Martin said. “He may just be cut out for this work.”