The sweet lab recently moved in next door to brothers Vito and Bambino, and the two Great Danes were very excited to have a new and exciting friend in the neighborhood. Labradors may not be the smallest of pups, but next to his two Great Dane neighbors, this chocolate lab named Guiseppe looks positively tiny. 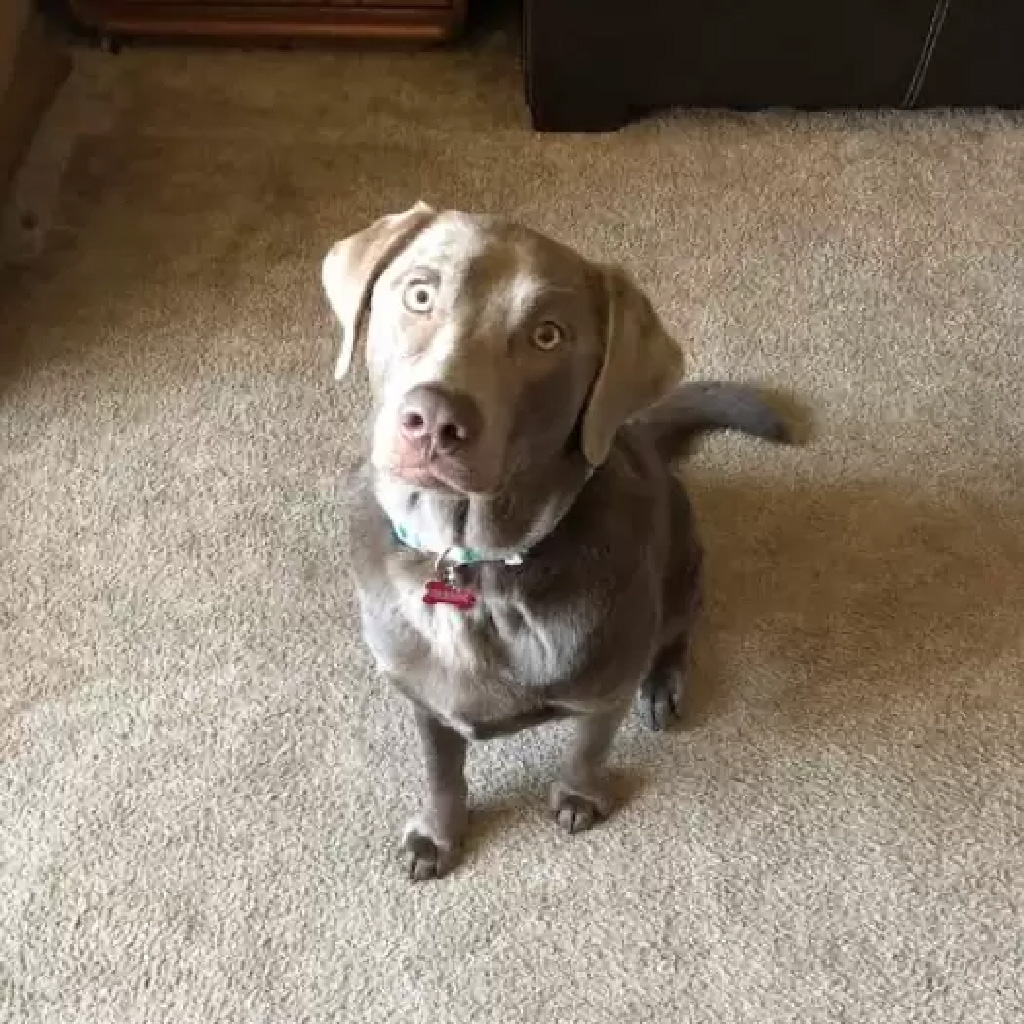 Tall as they are, Vito and Bambino would peer over the wall dividing the two backyards, hoping to see Guiseppe peering back. From their vantage point, they are able to see into their neighbor’s yard. There wasn’t much to see in the neighbor’s yard until the next-door neighbors moved, and the new neighbors had a potential new friend for the two Great Danes. 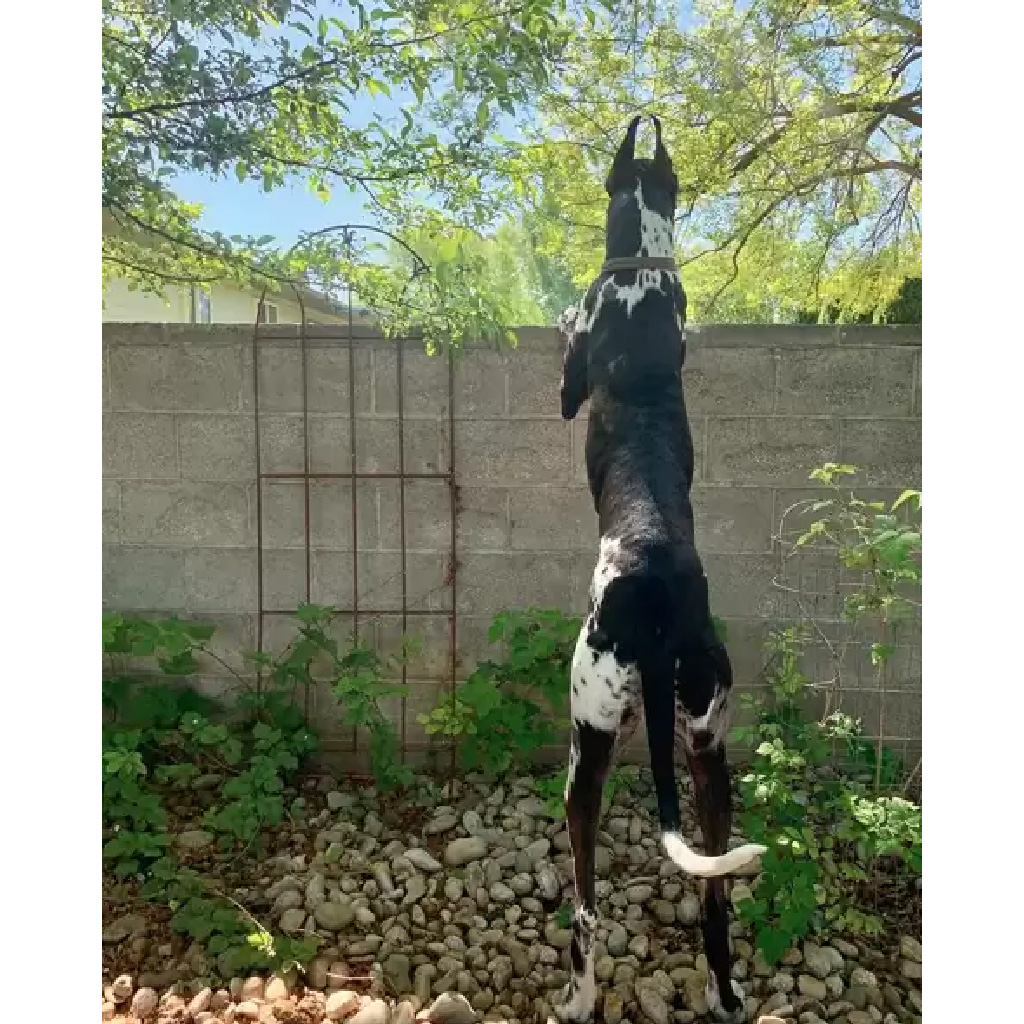 But alas, the little lab was simply too short to reach all the way up. Guiseppe is anything but a quitter, though, and he’s been trying his best to jump high enough to greet his neighbors.

Time and time again he’s tried to propel himself high enough to give Vito and Bambino a proper sniff, but he’s just not been able to succeed.

The wall is just too high for Giuseppe to see over. “He has tried many times to jump up and get a good whiff of his big doggy friends whenever we’re all outside,” Afton Tarin, Vito and Bambino’s mom, told. But then Giuseppe’s family had an “aha” moment.

Every time they’ve seen his fruitless jumps fail to take him where he needs to be, they’ve wished that there was some way to help him. And then they realized that – duh! – there’s one very obvious way to help the little pup.

After all, what do they themselves pull out whenever they need to reach something that’s too high up? A step stool, of course. 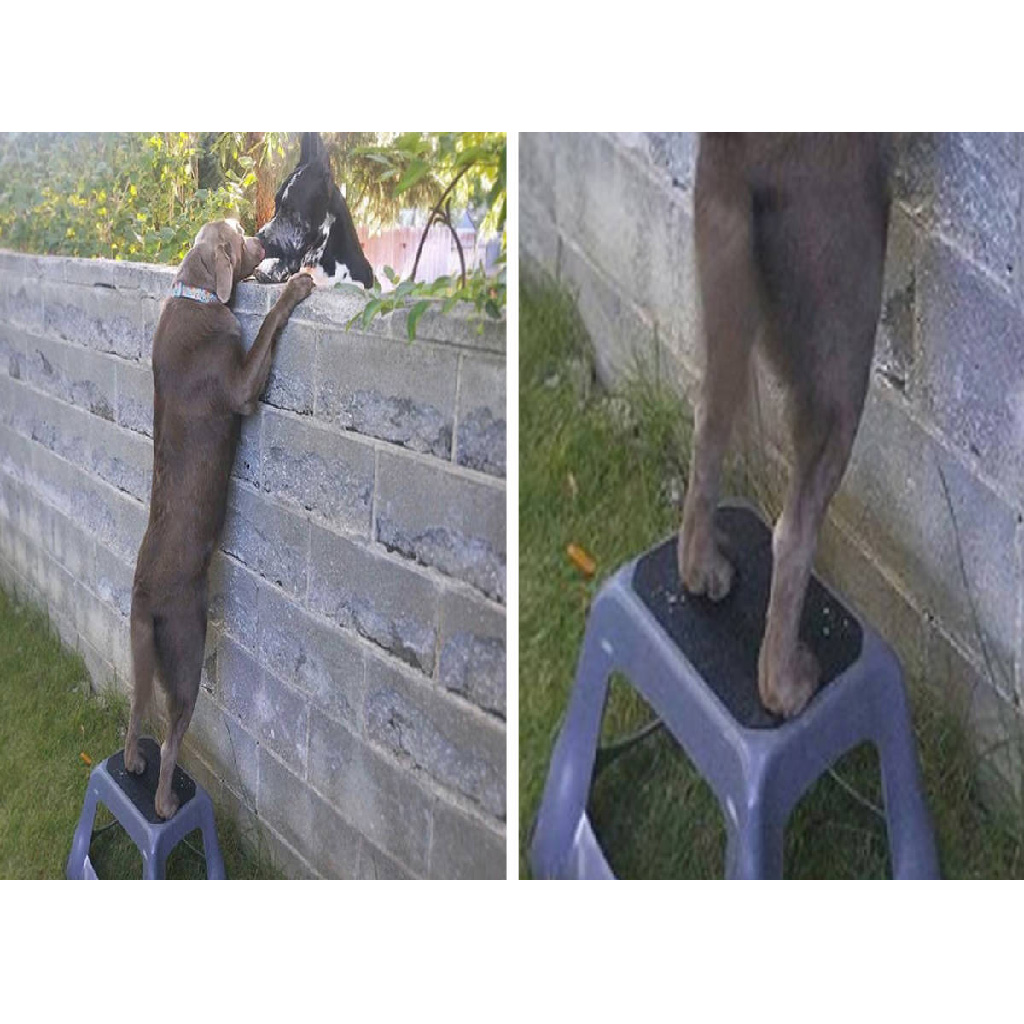 So, one day, Guiseppe’s family brought him a stool and suddenly the sweet lab was finally able to peek over the wall. 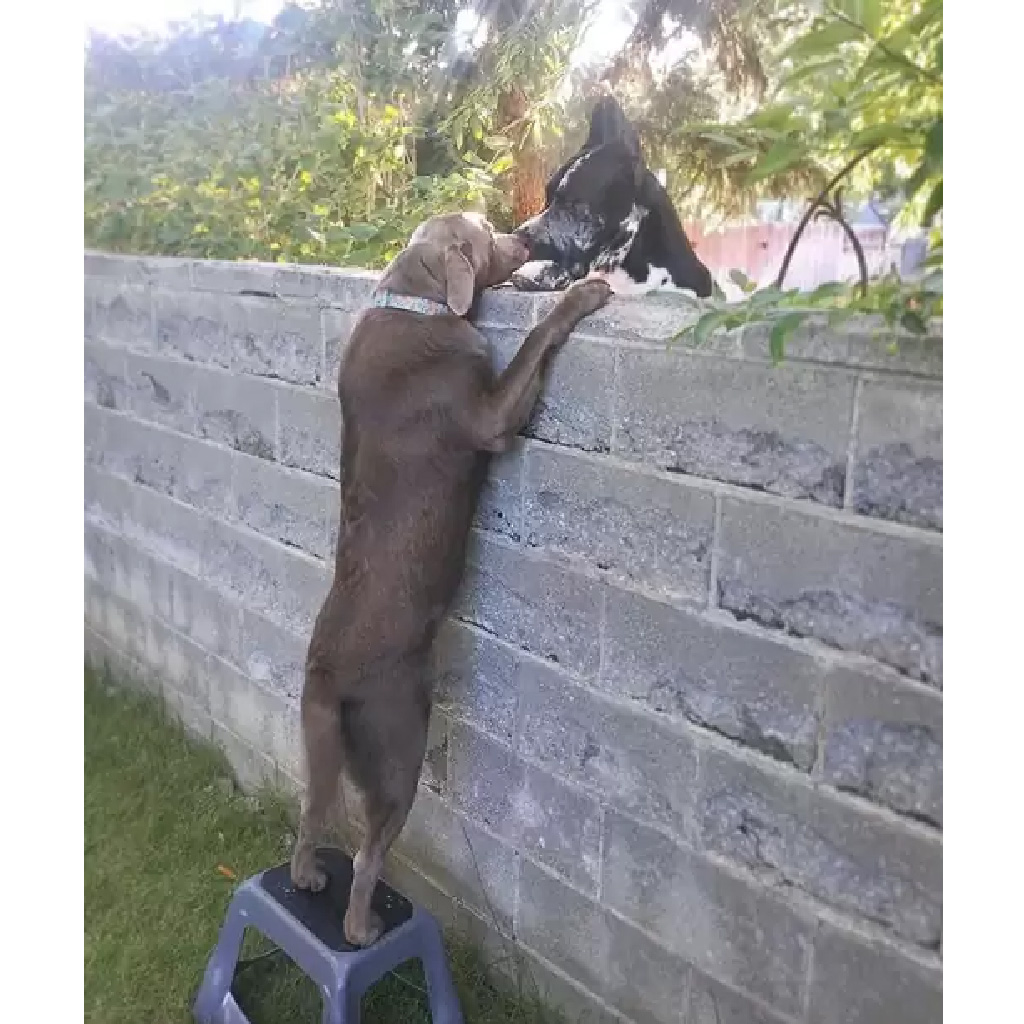 His little tail went a mile a minute as he rested his paws on the wall and popped his head over it. Giuseppe was overjoyed, as was Vito and Bambino who had waited eagerly for the determined pup to finally succeed. 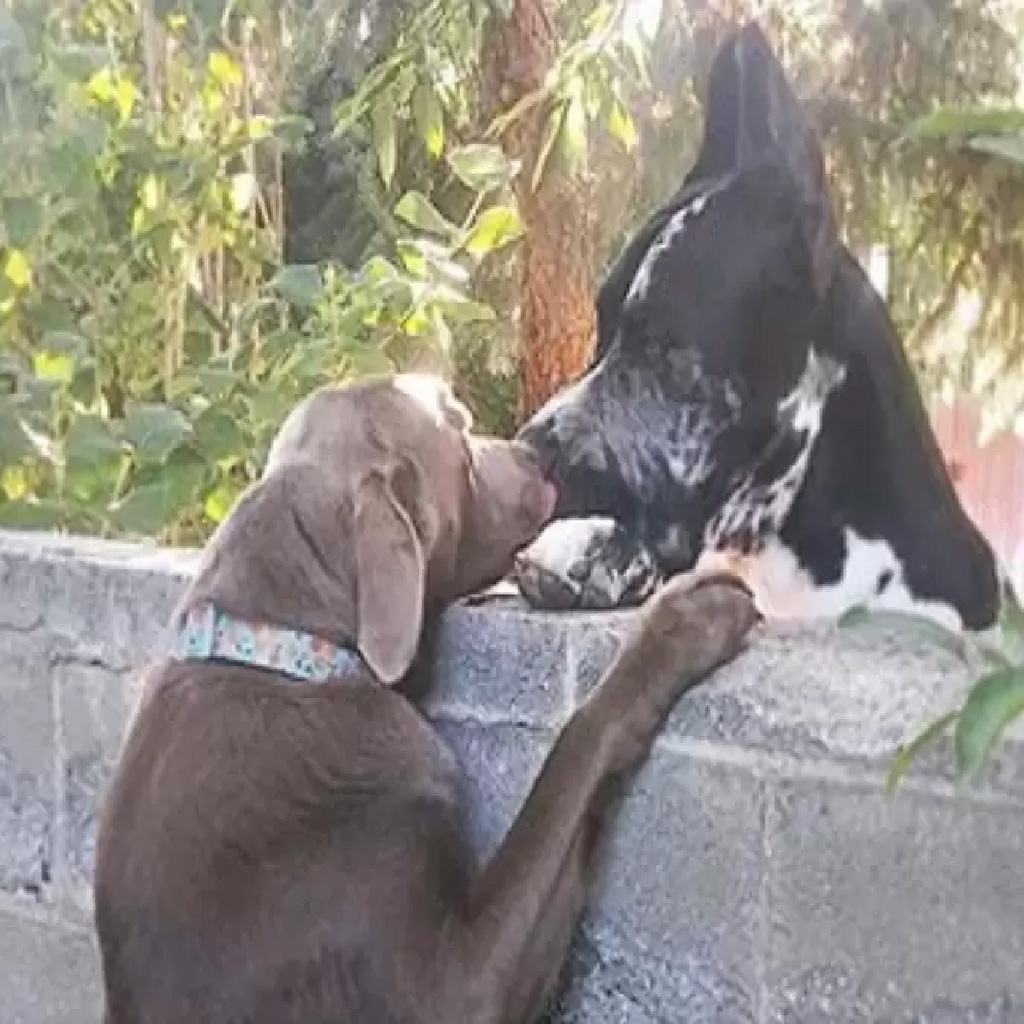 Now, Giuseppe can say hi to his friends and neighbors whenever he feels like it, and Vito and Bambino are thrilled to have a new friend just a sniff away.