When Mitchell County Animal Rescue, Inc. employees answered a call on July 5 about a scared dog found near a highway, they figured that she’d run away due to fireworks the night before. They had no idea that they’d be face to face with a dog who’d been featured on their “missing” board for over a month.

She looks terrified and seems to be looking for someone. “She looked really scared,” Williams said. 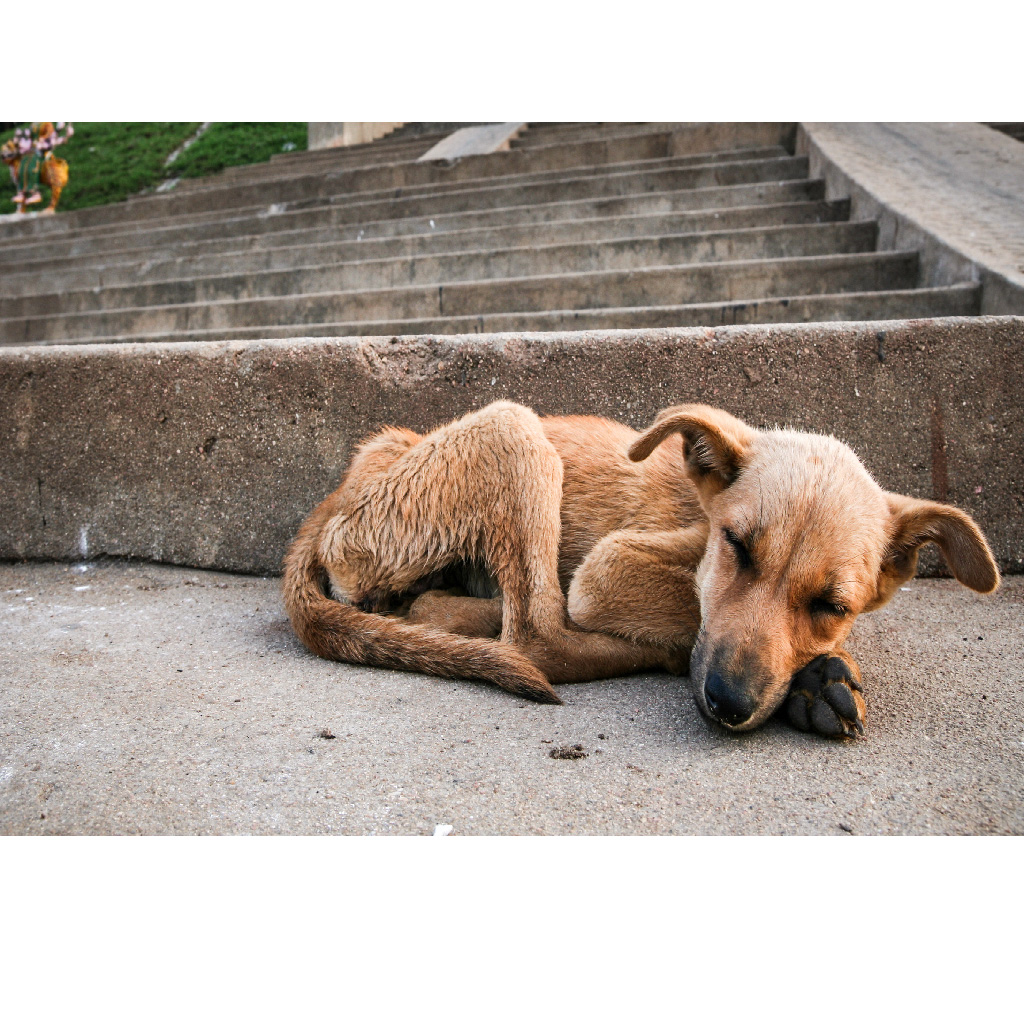 At first, the nervous pup refused to budge from underneath the car. But the couple persisted, and eventually, the dog dashed out and jumped directly into their car through the driver’s side door, finally safe.

They brought her home for the night, fed and watered the dog, and cleaned a small cut on her face. Throughout it all, the sweet dog remained incredibly calm.

“She was very quiet and timid,” Williams said. “She never barked once. She never made a peep.” 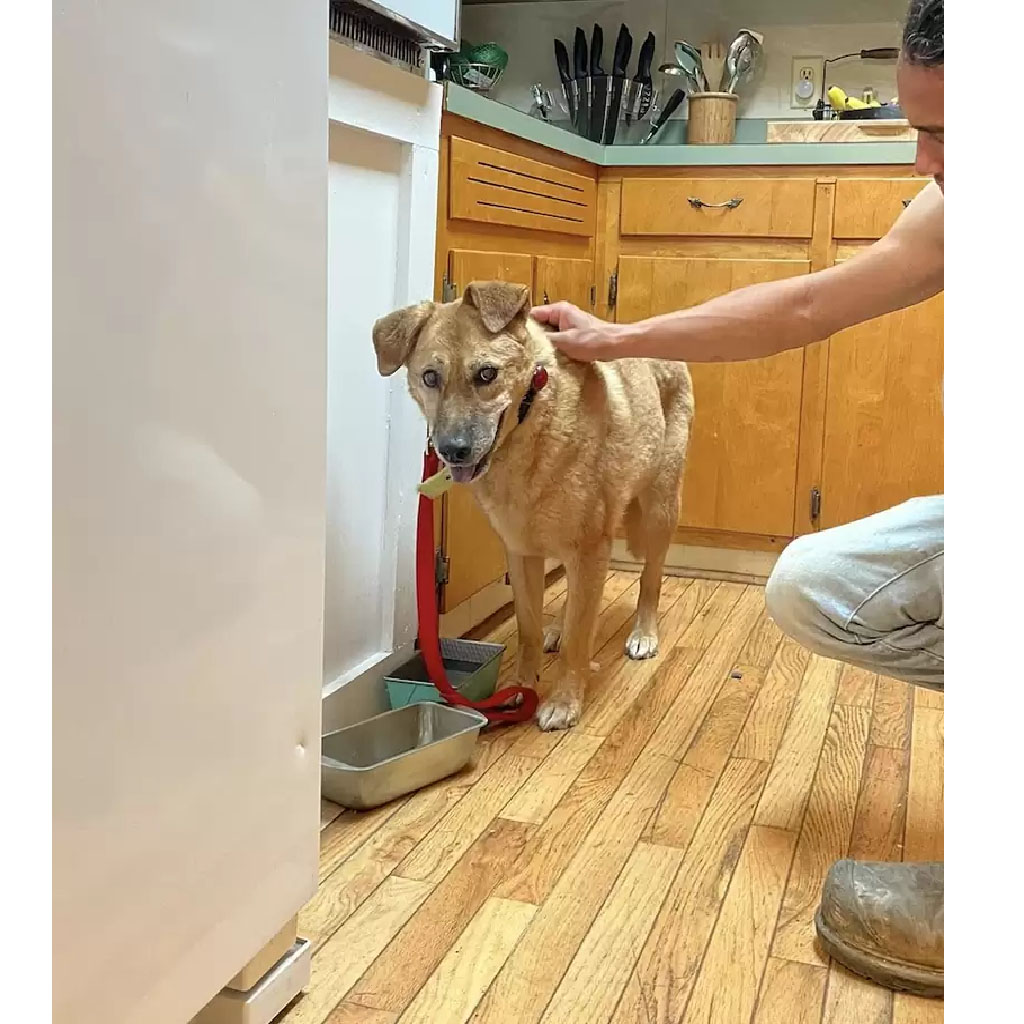 After a cozy night’s sleep, we called Mitchell County Animal Shelter and brought the quiet pup in, hoping to reunite her with her owners. 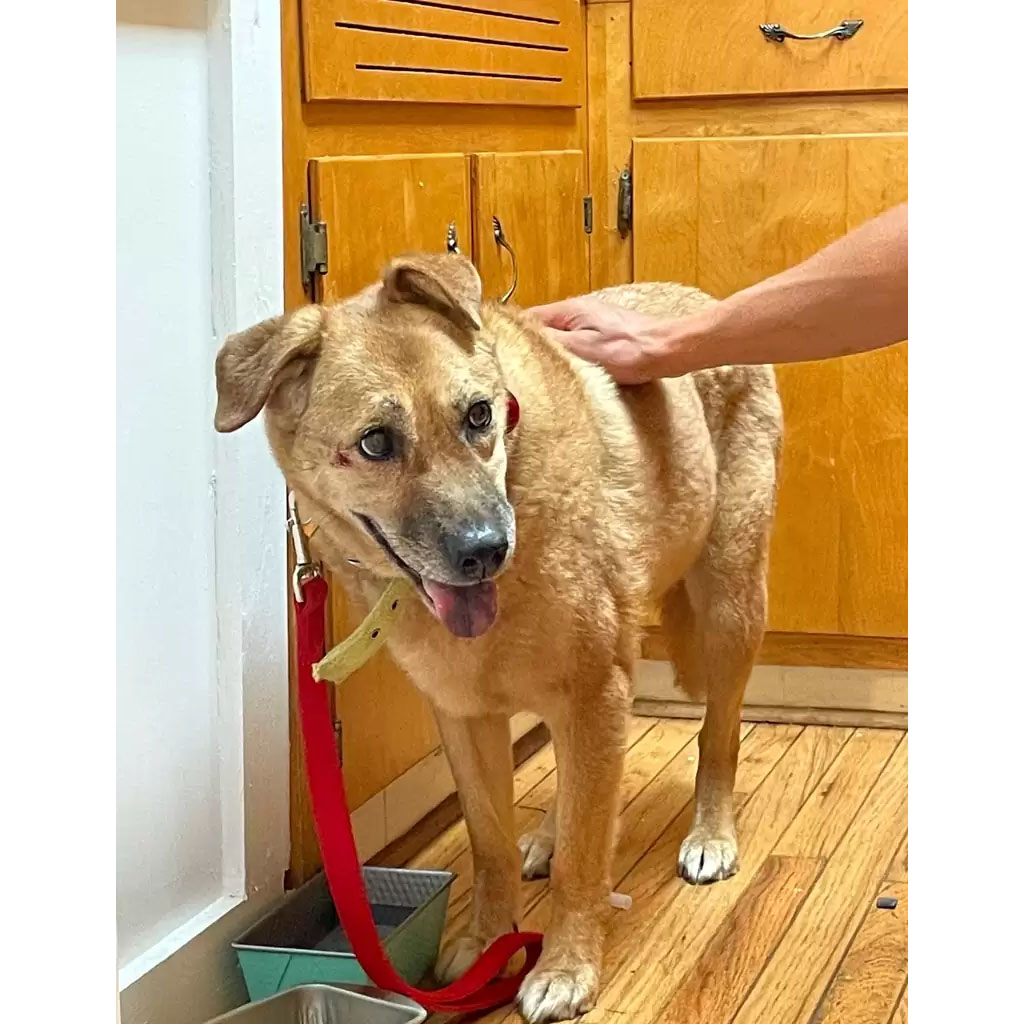 As soon as staff at the shelter met her, they recognized the dog as Fiona: an elderly dog that had gone missing a month earlier during a family vacation.
Employees confirmed Fiona’s identity by scanning her for a microchip, then called her mom with the good news. Fiona, who was just as quiet at the shelter as she’d been at Williams’ house, perked up for the first time the moment her mom walked through the door. 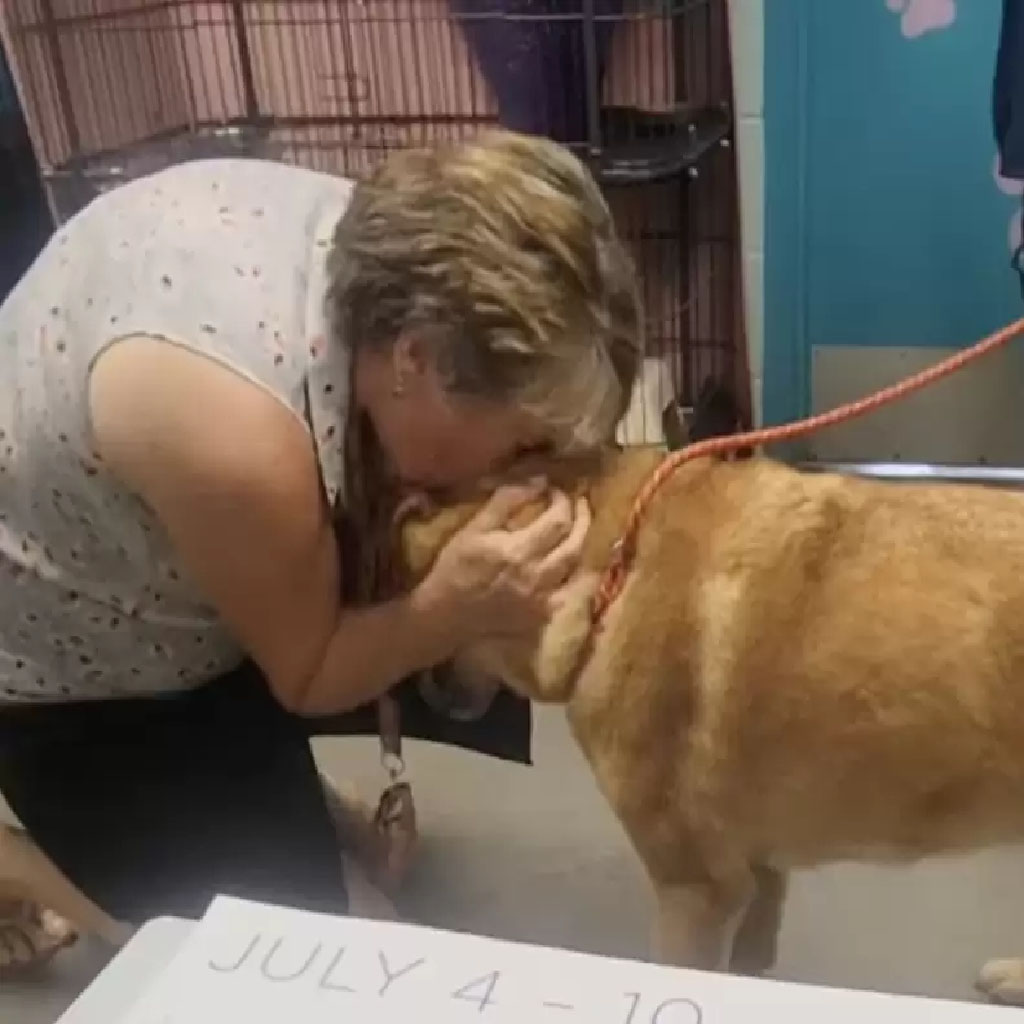 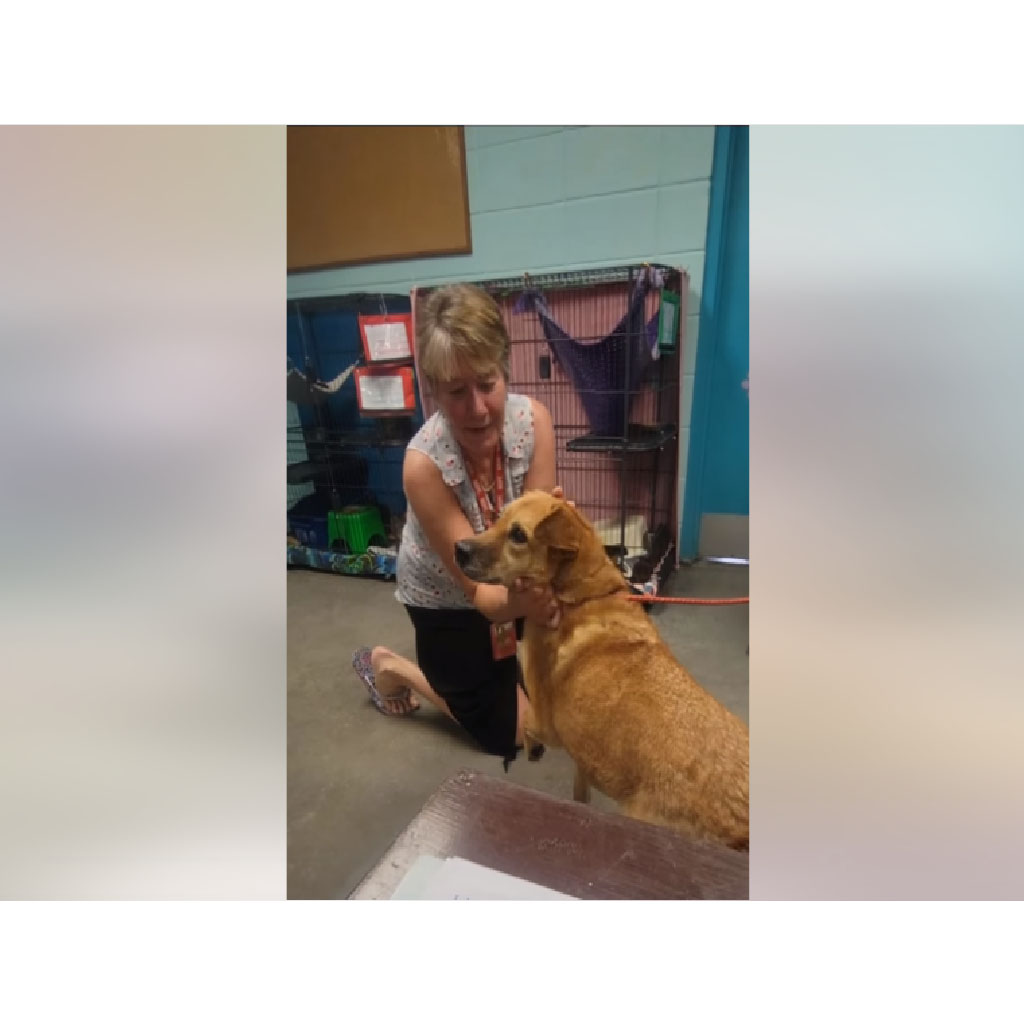 When Fiona got to see her mom, her tail wouldn’t stop wagging. “It’s just a really happy ending to a really special story,” Williams said.