A mother’s love knows no bounds, and this Doberman pinscher mama proves that applies no matter the species. Just a week after birthing a litter of six puppies last month, Ruby accepted and nursed an abandoned newborn kitten as though she was her own. It’s a story as heartwarming as it is adorable. 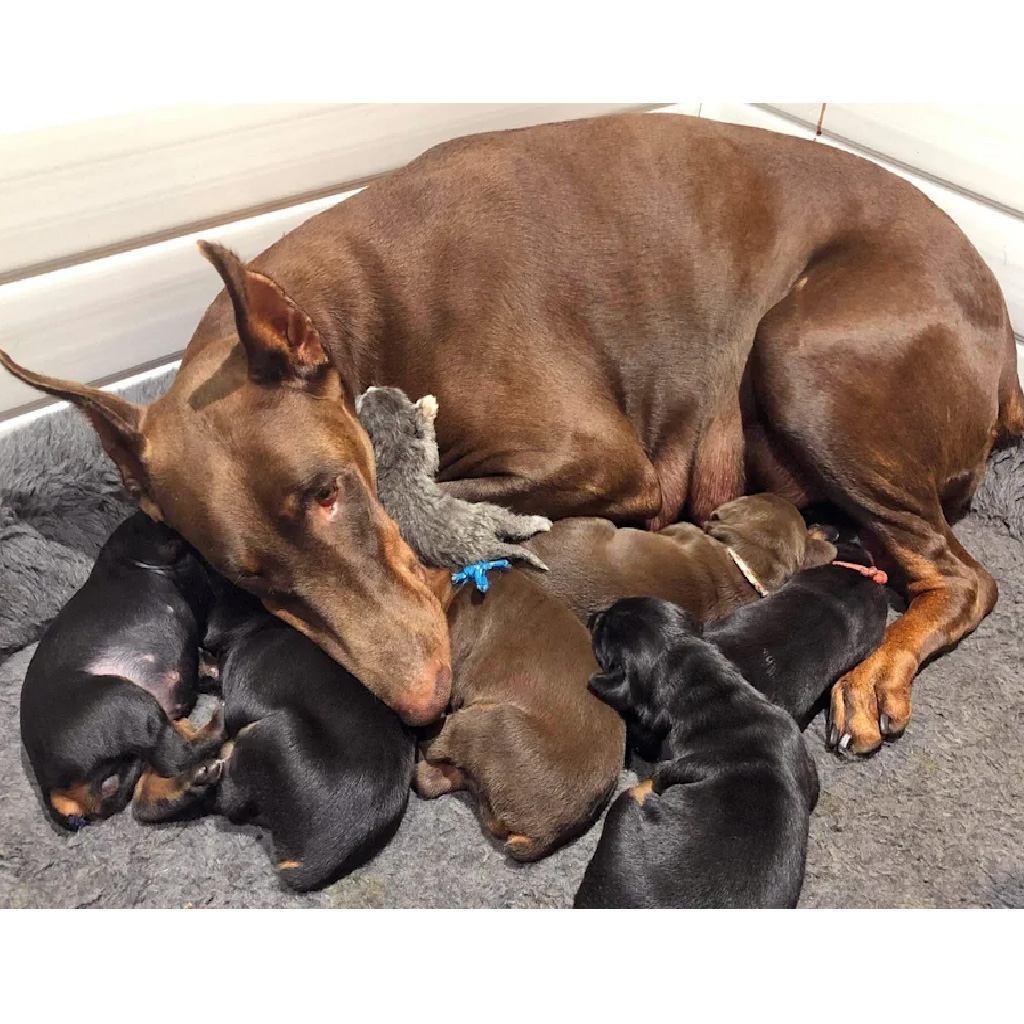 She took the tiny, wayward animal home, and now it is being nursed by Ruby, who simultaneously is nursing a litter of six puppies born to her two weeks ago. “She was meant to be a mother to anything,” Callan said of Ruby, who is 4½ years old.

It’s something that was apparent long before the arrival of the tortoiseshell-colored kitten, which Callen named Ramblin’ Rose.“We’ve had baby bunnies, guinea pigs, chickens, ducks,” Callan said. Ruby “licks them like she’s cleaning them like she’s their mother.” 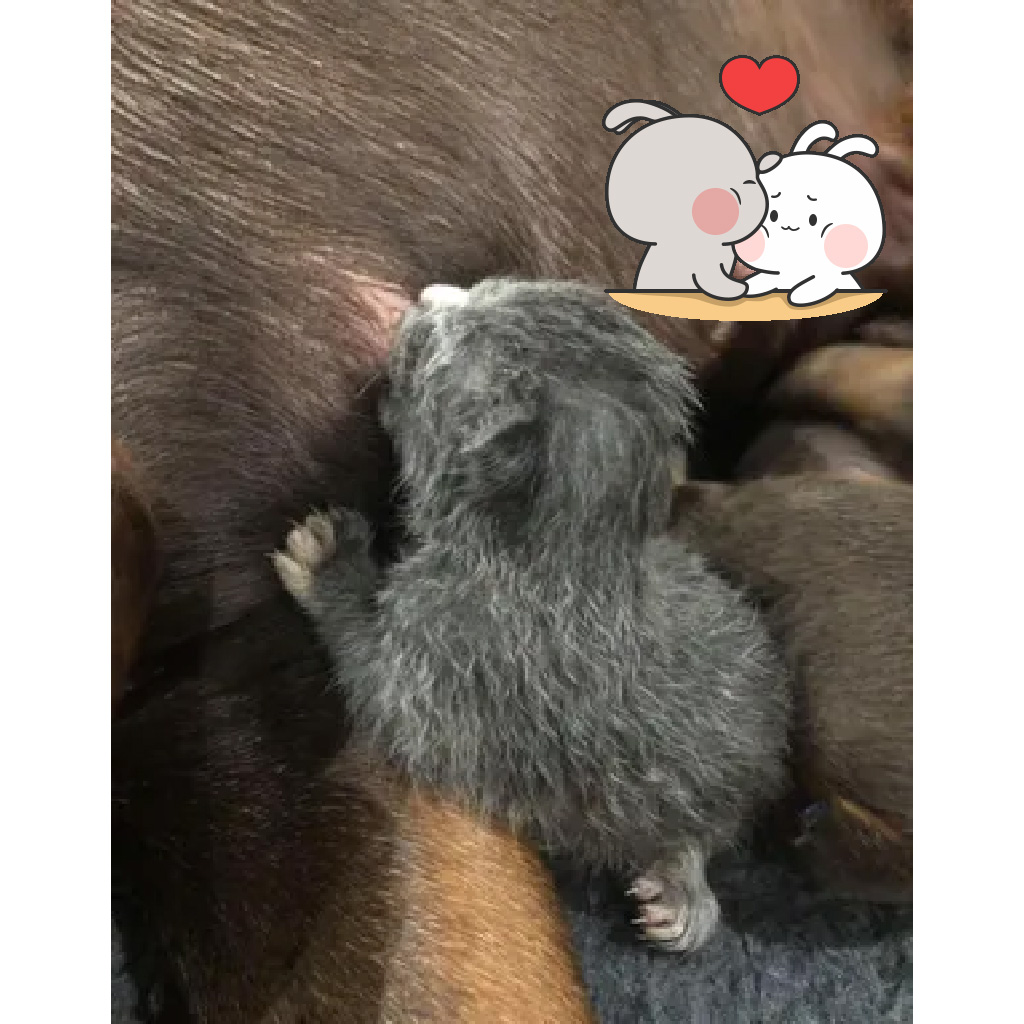 The dog’s history of nurturing behavior made Callan think Ruby might accept Ramblin’ Rose as her own.
After an easy introduction, Callan opened the kitten’s little mouth and placed it on Ruby’s smallest nipple. “She took right to her and didn’t seem to mind at all,” Callan says. In fact, the dog became quite attached to her “adopted” baby.
Ruby may continue nursing the kitten for another three to four weeks. But just to be sure she’s getting enough nutrition, Callan has been supplementing the natural feedings with servings of kitten formula bought at a Tractor Supply store. 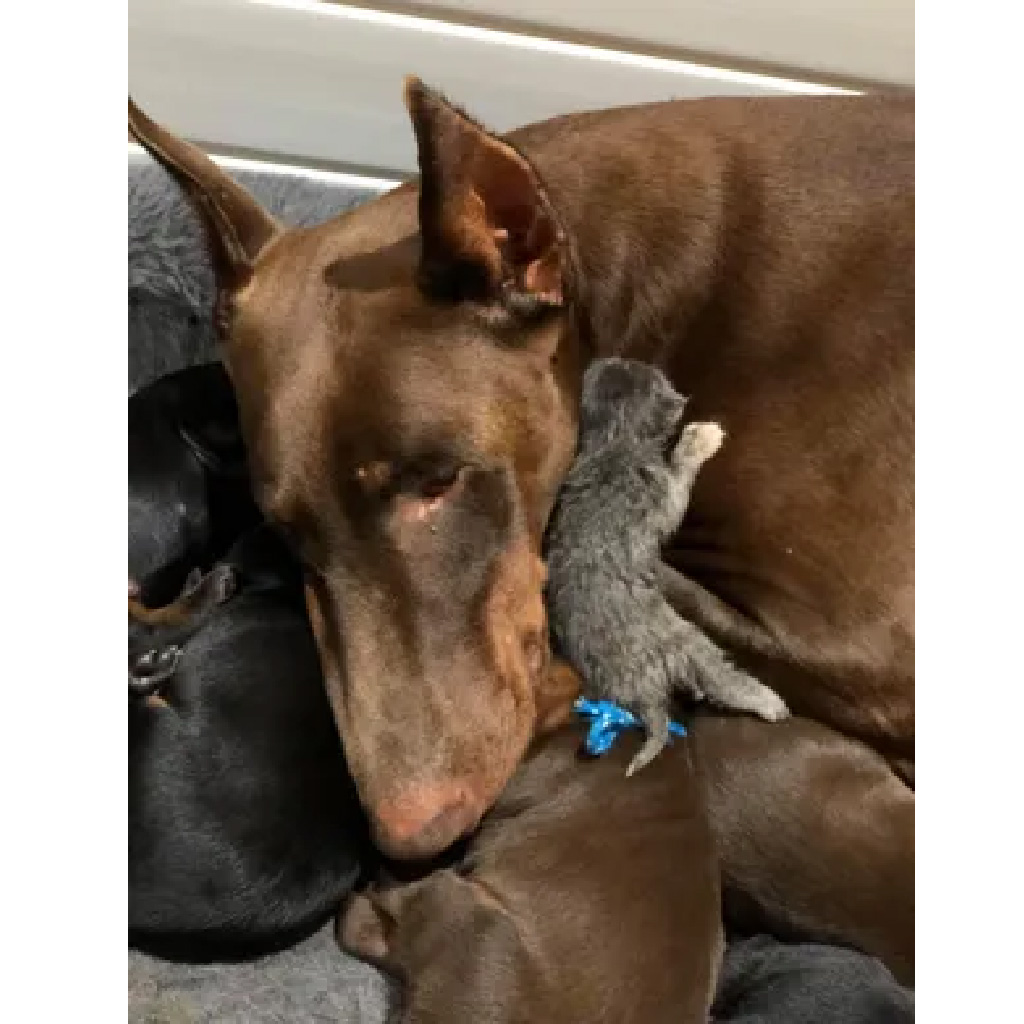 The dual method seems to be having a good effect; Ramblin’ Rose has gone from weighing 4.37 ounces to 7.27 ounces in a week, Callan said.
Their relationship has progressed to an incredibly adorable level. Callan says Ruby carries Ramblin’ Rose around the house in her mouth. The puppies are larger and rowdier than the shy kitty, so Ruby often scoops her out of the pen and lays with her on the couch.

“[Ruby] grew up with small animals [and learned] to be nice and just lick them and be friendly with everything,” Callan says. “She’s just an extremely, extremely compassionate dog.”

Despite their energy difference, Ramblin’ Rose and her new puppy siblings also get along great. Callan says they snuggle up together at night, sleeping soundly like a little family.
The puppies are all reserved and will go to new homes after they turn 10 weeks old. Meanwhile, Gibbs, Callan’s cousin who helped rescue Ramblin’ Rose, will take the kitten home herself after the kitten is through nursing.

Gibbs lives near Callan, so Ramblin’ Rose will have many chances to visit with her beloved dog mama. “I can take Ruby over to see her any time,” Callan says.