In mid-February, tire repair workers Ozimar Queiroz and Lindomar Queiroz were surprised when they arrived early to work at a tire repair shop located on Estrada do Belmont, North Zone of Porto Velho. This is because there is an abandoned dog by the side of the road. The docile creature was thin, had extended paws, and could not walk

When Ozimar, also known as Galego, learned of the dog’s predicament, he made the wise decision to care for the dog until he found a family to adopt it. However, 20 days have passed and the dog still has no permanent place to live. 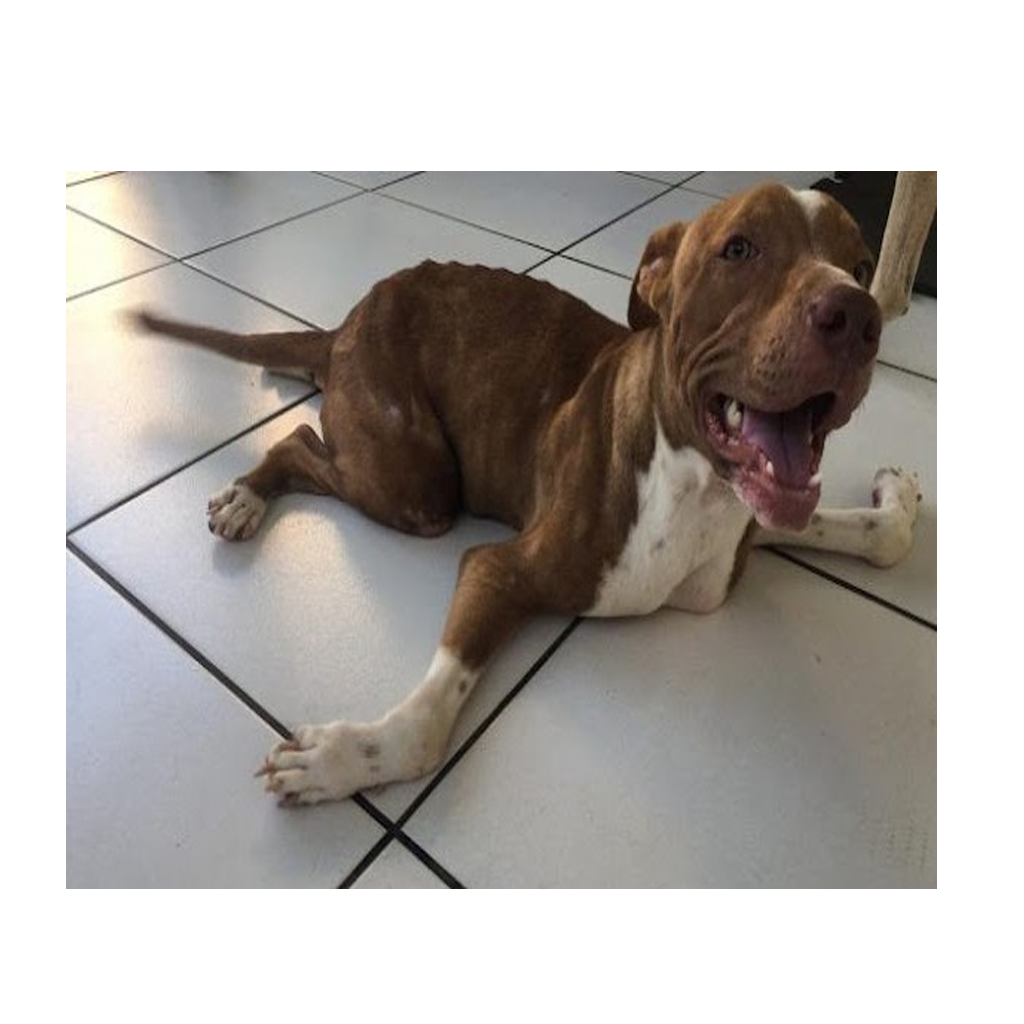 “They left him in front of the store. We arrived in the morning and he was there. We feel sorry for him, we put him here and we are feeding him, but poor man… in this condition. He doesn’t walk because his front legs are turned back,” he said. 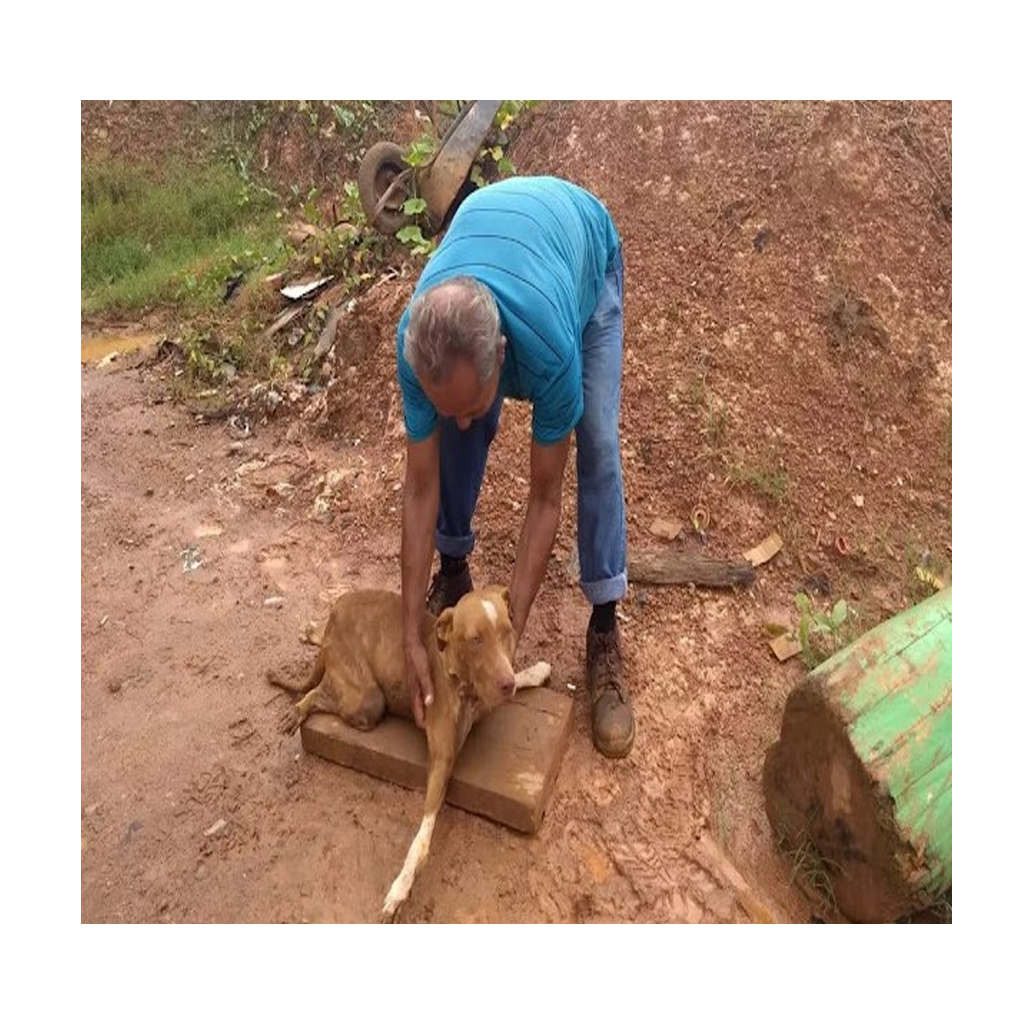 Because of its position on the Chessboard, the dog is affectionately named Seal, because it cannot move because it has both paws extended.

Tire repairmen move it several times a day, but the dog ends up dragging himself in the mud to interact with the only animal company available, a feral cat walking around the tire shop. 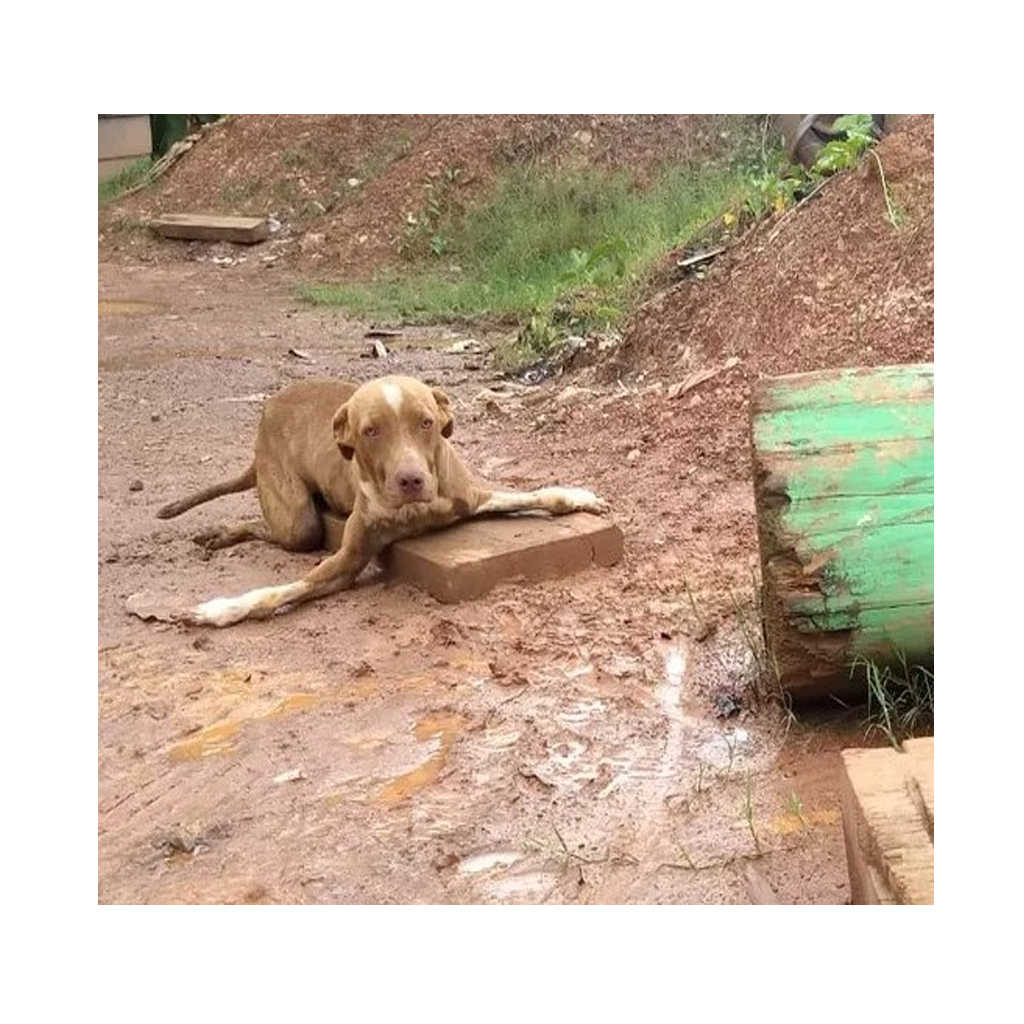 According to Lindomar Queiroz, the dog is very docile and needs veterinary care but he cannot afford it.

“Because of his looks, we call him a seal.He was very thin when we found him, but he got fat because we fed him and he also ate a lot. He’s dirty from the rain, but we don’t care here,” Lindomar declared.

The dog’s abandonment caused a backlash on social media and Foca was adopted by a couple from Porto Velho. 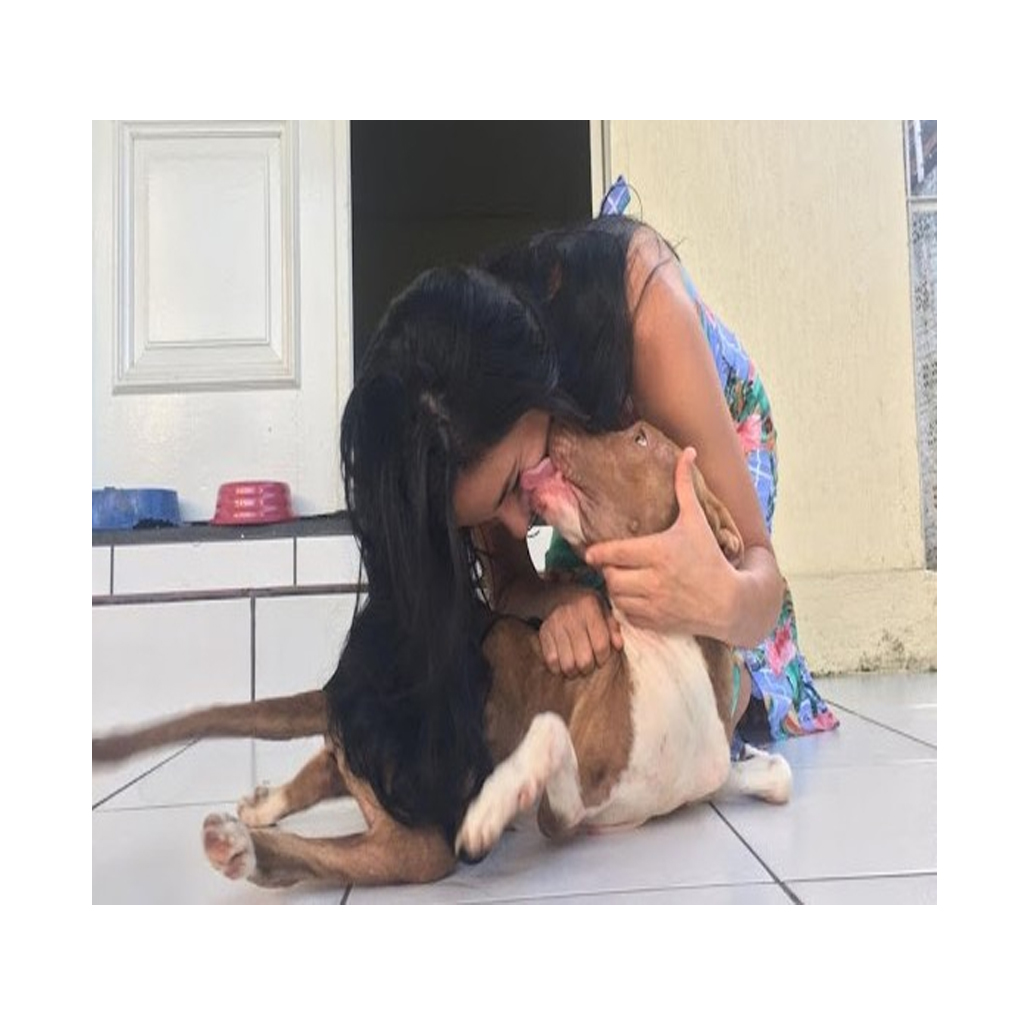 Tire repair workers who discovered the pit bull on the road took care of it for nearly three weeks, providing it with food and water. At first, they named him “Foca”, but Michele took him in and changed his name forever. 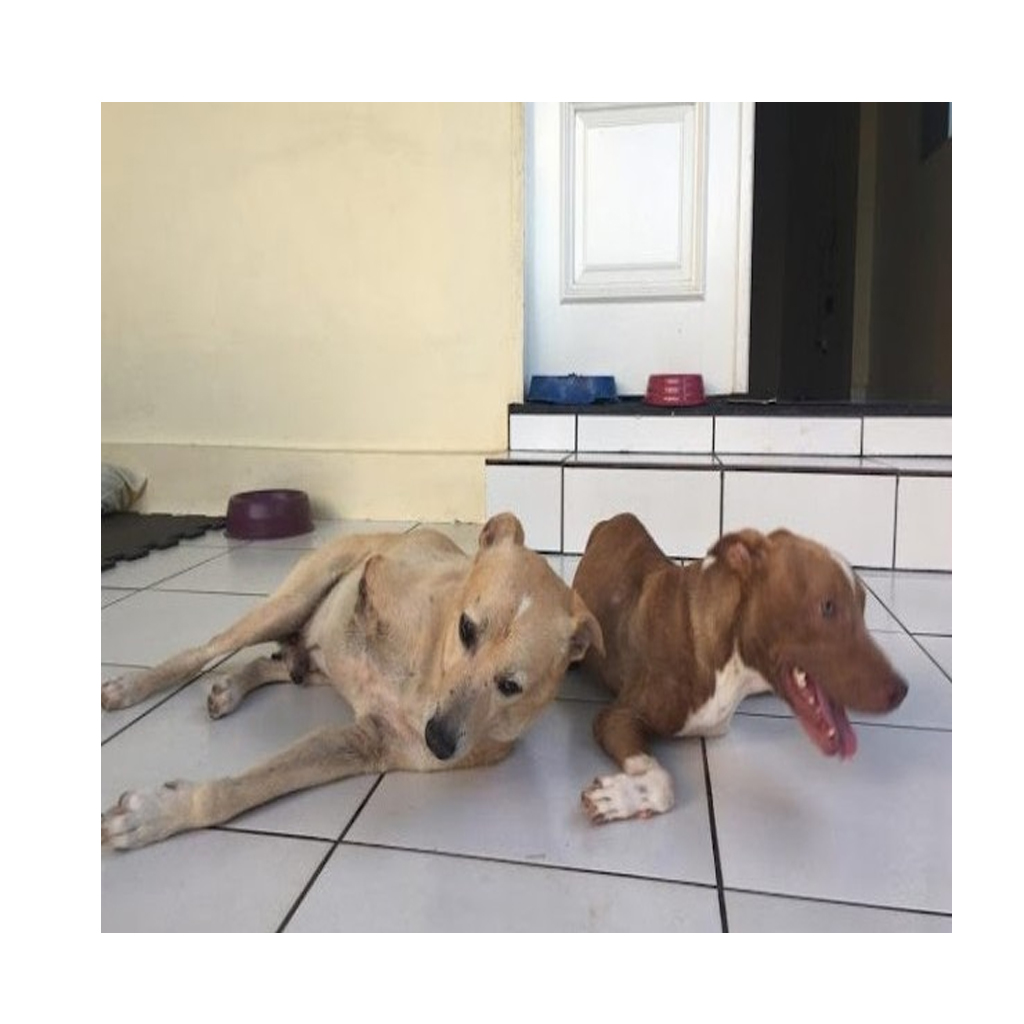 It was love at first sight. His condition touched me very much. Already helpless, she became even more helpless because she was so docile and lovely. I fell in love with him, his new mother. She said, “I love him. I was speechless. I love him very much. Feelings of a mother.”