Acat’s first meeting with their owner’s newborn daughter didn’t exactly go to plan, after she began throwing up after seeing the baby.
At first, everything begins quite harmlessly: Fefe the cat begins to survey baby Maeve, the new addition. 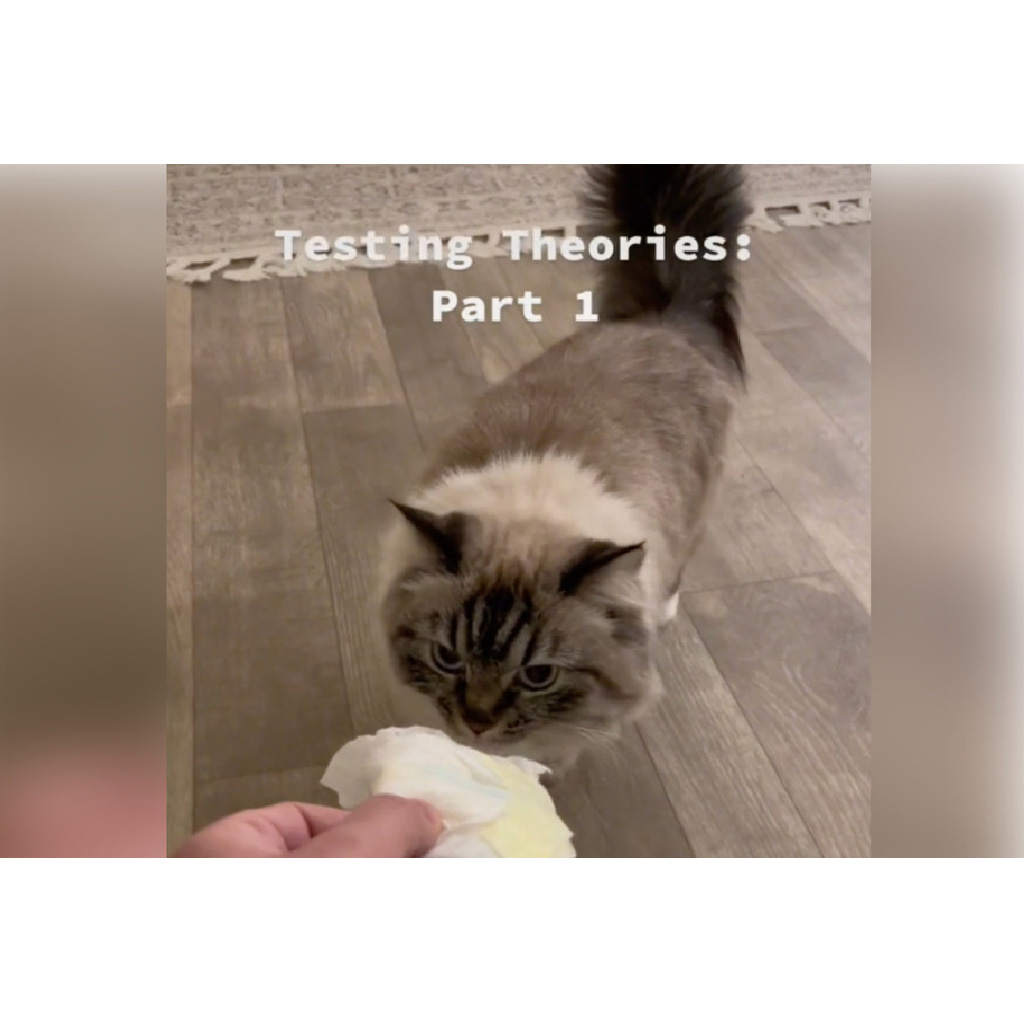 She slowly creeps around the car seat where the newborn is sleeping. The four-legged friend then carefully bends down to the infant’s face and sniffs it curiously. 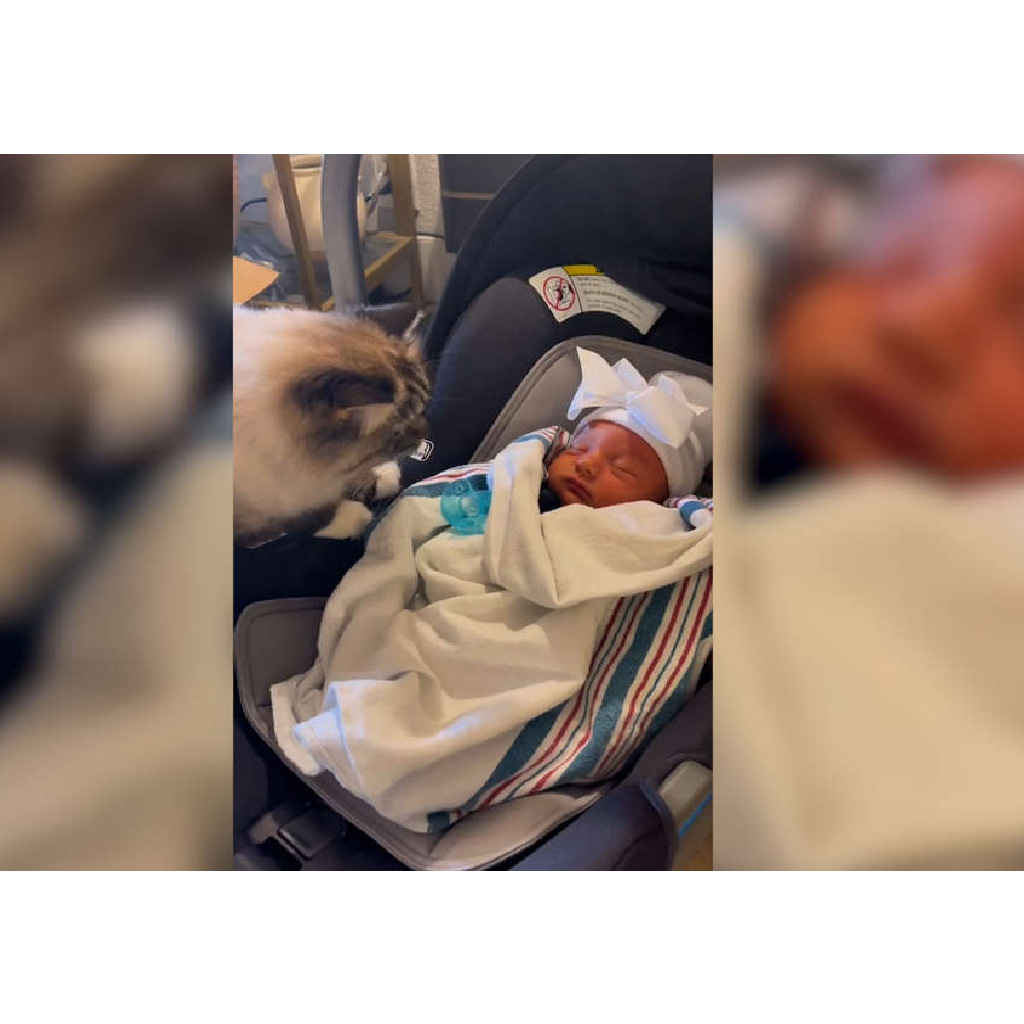 Then, the feline backs away rather quickly, hurrying around the house to get away from the scene. 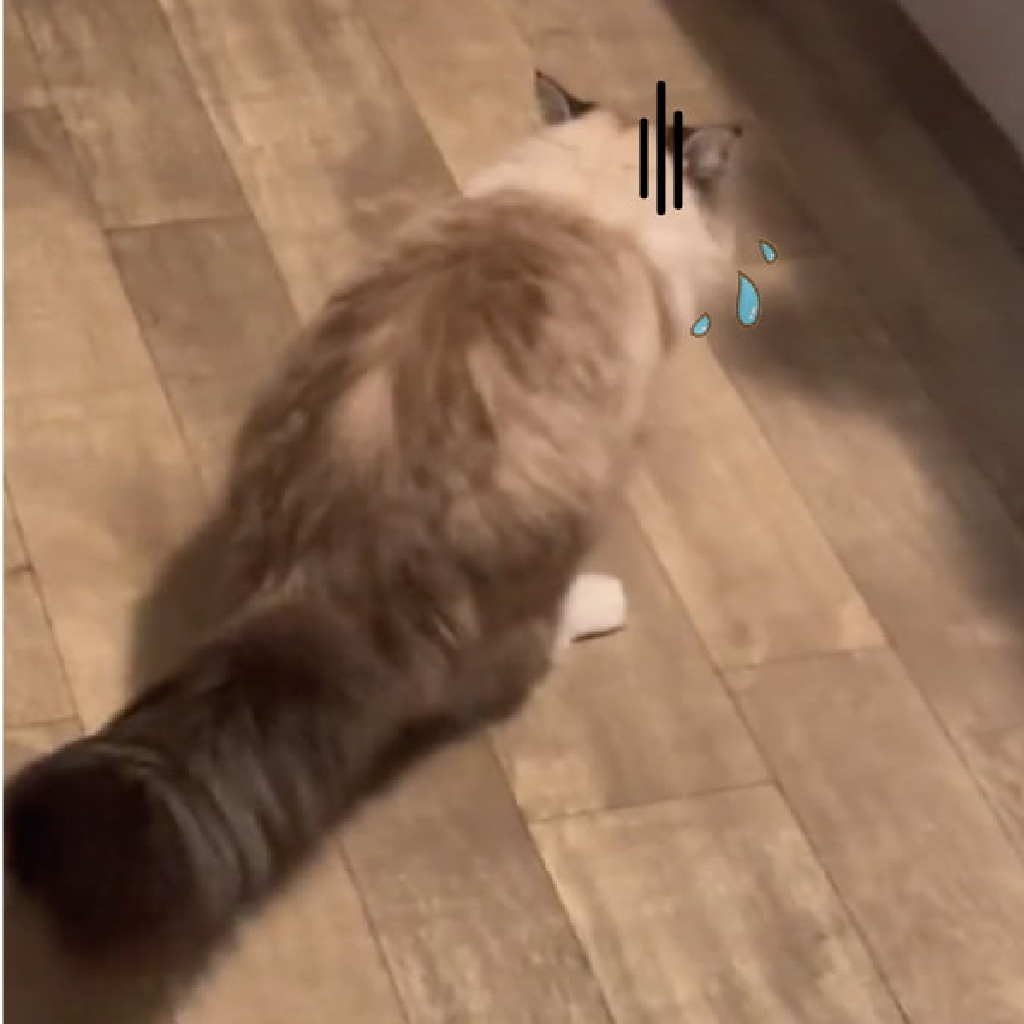 The cat named Covfefe dashed out of the room seconds after meeting the young child. A few moments later, it became clear that something was up with Covfefe who proceeded to vomit on the floor of the next room.

As first impressions go, it wasn’t a good one. However, it certainly made for hilarious viewing with her owner, Cayden Cazier, of Salt Lake City, Utah, capturing the entire incident on camera.

Cazier later shared the clip to TikTok where it has so far been watched over 3.8 million times. It’s sparked speculation over what may have caused Covfefe to be sick, with some suggesting the cat may be feeling a little jealous of the new arrival. 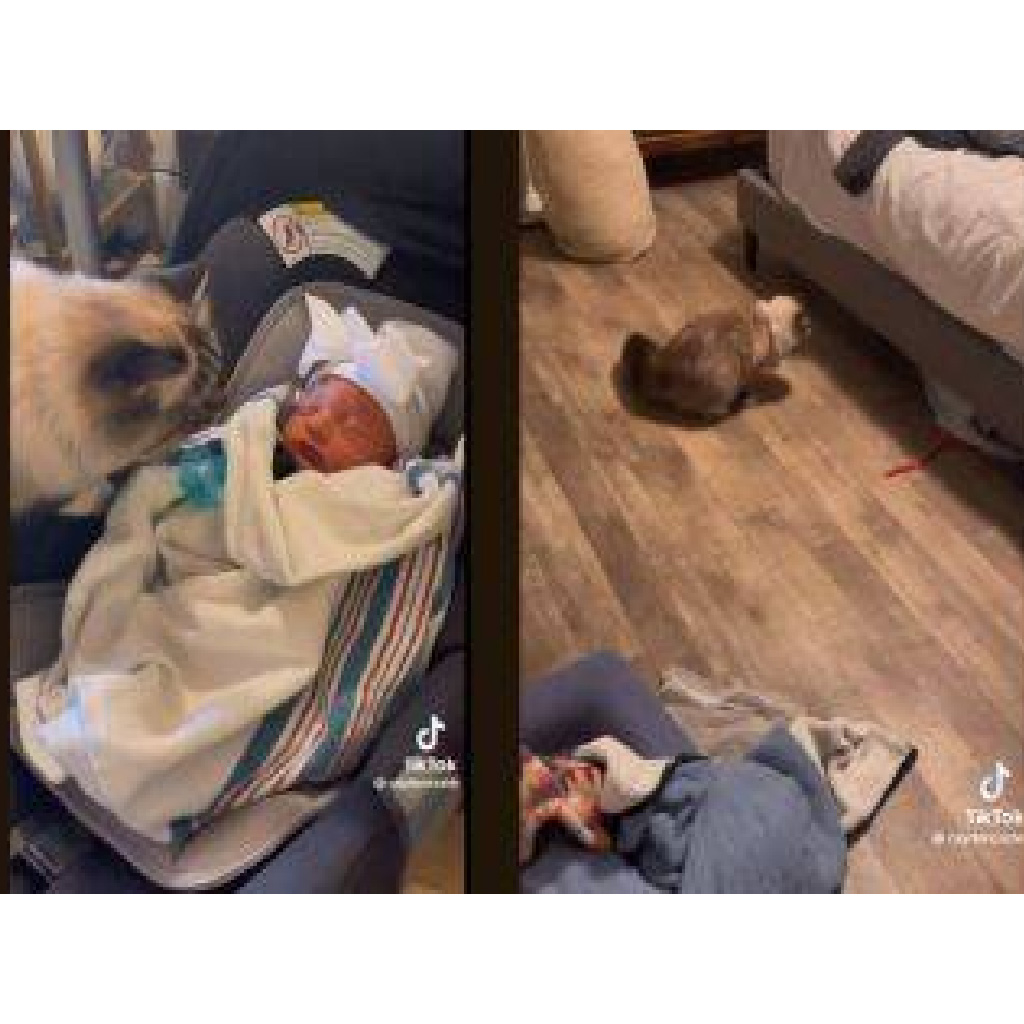 That may, in fact, be an entirely valid proposition given that a 2019 study published in Current Biology found cats can develop an attachment to their human companions in much the same way babies and dogs do through physical contact and affection.

It’s entirely plausible that Covfefe may be reacting to seeing someone else being showered with this kind of love. Then again, she may simply have eaten something that didn’t agree with her.

A three-year-old chocolate mitted lynx ragdoll, Covfefe (or Fefe for short) has always shared a special bond with Cazier. “She’s really cuddly with me, but pretty much only me,” Cazier told Newsweek.

“She doesn’t care for my wife very much but she loves me and has always come over to me. She’s somewhat independent but she and I definitely have a weird bond.”

Cazier said that while Covfefe is “not used to being around babies” she had taken an interest in all of the baby things the expectant couple had been buying in the run-up to the birth. “She’s been crazy about all of the baby stuff like the stroller or the crib bassinet. Anything she can play with.”

Yet, as the video shows, things took an unexpected turn during their first encounter. Initially inquisitive about the sleeping baby tucked up in a carrier, Covfefe goes in for a closer look on the clip. Sniffing at the newborn and their blanket, the cat can suddenly be seen backing off on the video before walking into the next room to vomit.

Cazier said he could “tell right away that she was going to throw up.”

“She did this weird movement with her move like she was kind of swallowing and then she started backing up,” he said. “So I was like ‘oh my gosh, now she’s about to throw up’ and lo and behold it did.”

The cat’s owners were left in hysterics at Covfefe’s reaction, which was perfectly captured on the hilarious video. “We couldn’t believe what had happened. My wife and I were dying,” Cazier said.

“I sent it to our family and everybody was laughing so hard. I had a TikTok account because my wife likes to share things with me so I decided to post it there and see what happens.”

They later decided to post the video on social media and “see what happens.”