When you run for your life, then no obstacle can stop you. Not even a thorny cactus. So for one spirited bobcat, escaping from a ᴘʀᴇᴅᴀᴛᴏʀ by climbing up a 40-foot cactus was its saving grace! 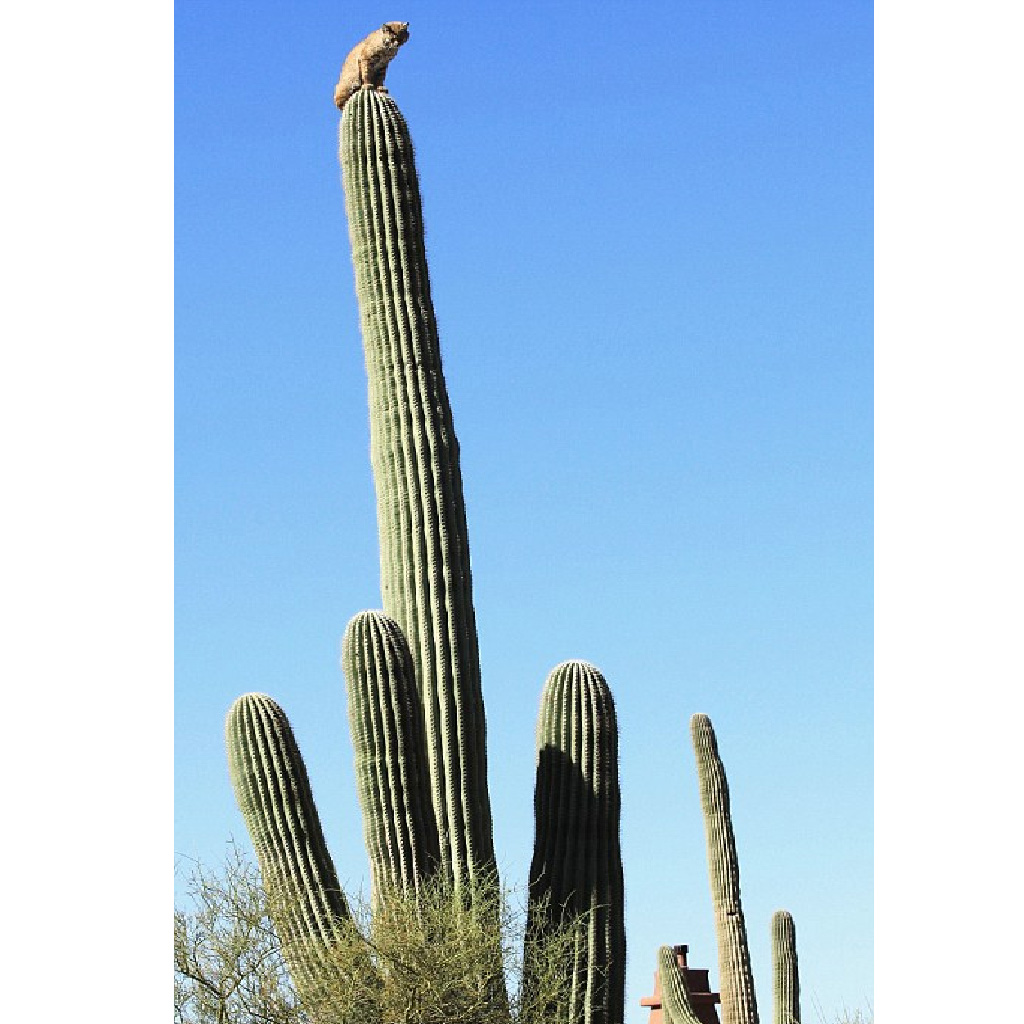 This terrified bobcat was spotted teetering on top of a 50ft cactus after running for its life from a hungry lion. He stayed there for SIX hours, just to make sure the lion had gone, and incredibly escaped without a scratch. The mountain lion that was stalking him however just circled the base stared upwards and growled for a few minutes before giving up and walking off. 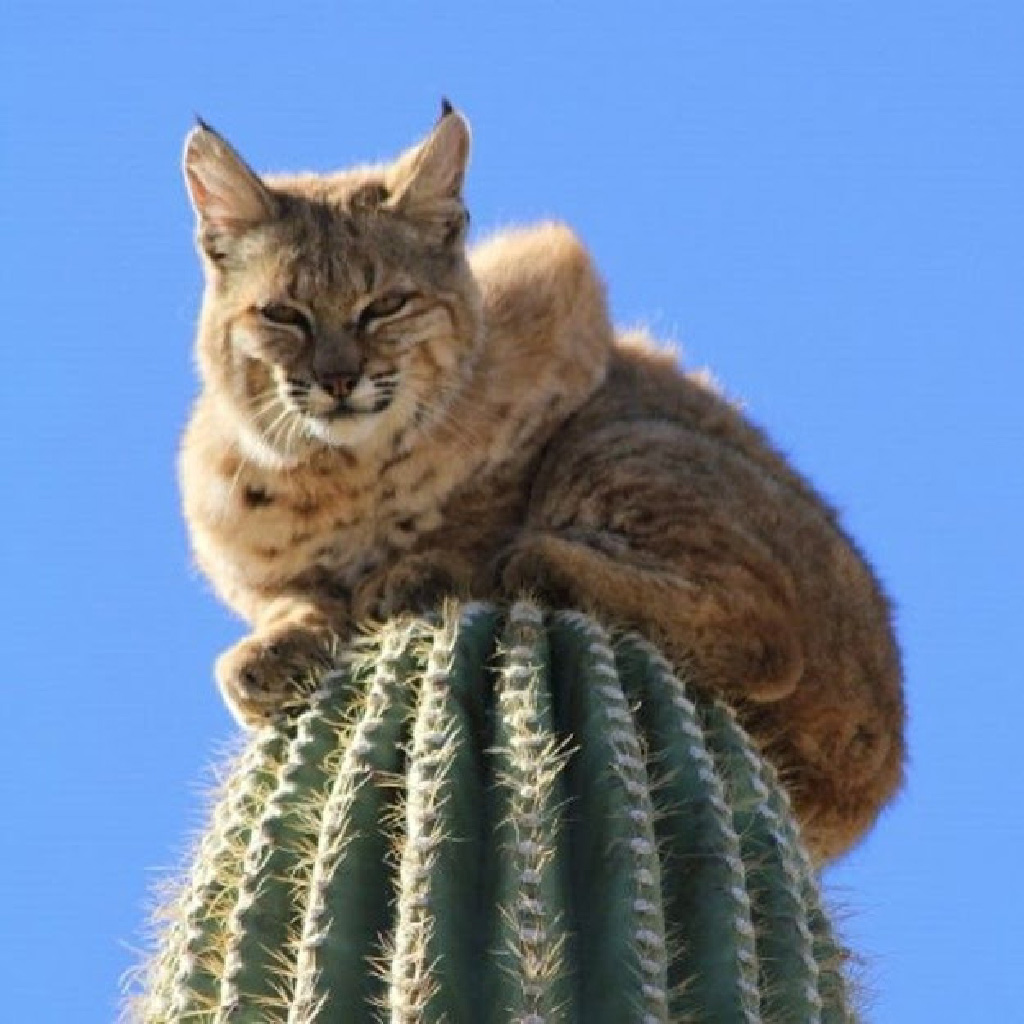 Thankfully, the whole scene was captured by the 69 years old photographer, Curt Fonger.
“A friend called me at 7 am saying one of his workers had seen a bobcat being ᴄʜᴀsᴇᴅ by a mountain lion. It ran across the road in front of his car and climbed up a large saguaro cactus at the roadside, with the lion hot on its tail.’The lion didn’t pursue the bobcat up the cactus but circled the base,” he said. 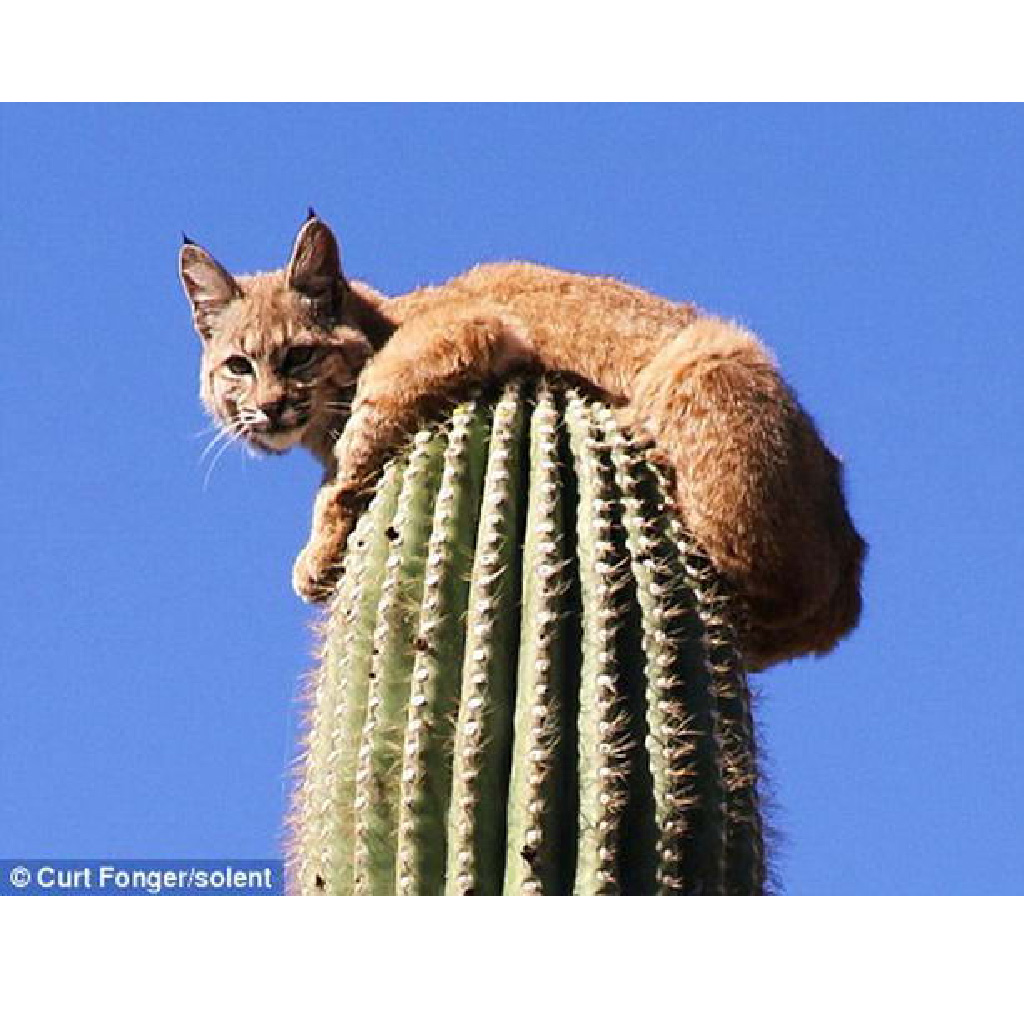 “It looked up at the bobcat, growled several times, then turned around and trotted back up from where it had come. The mountain lion probably had cubs, the bobcat had intruded on its territory and she gave chase to warn the bobcat not to come close to her young family. I was astonished that the bobcat was on such a high prickly perch,” the photographer added.

At some point, the animal started to enjoy the view. However, according to Curt, he stayed there more than six hours, until he considered it is safe enough to walk on the land again.

“Although it may be common for a bobcat to escape one of it is major predators, it is very uncommon to have witnessed such an event first hand. ‘I personally examined the base of the giant cactus after the bobcat had left…and there were only claw marks,” Curt also said.
‘It’s a success story of a bobcat avoided being eaten by a mountain lion with a happy ending of its successful exit back into the desert.’ 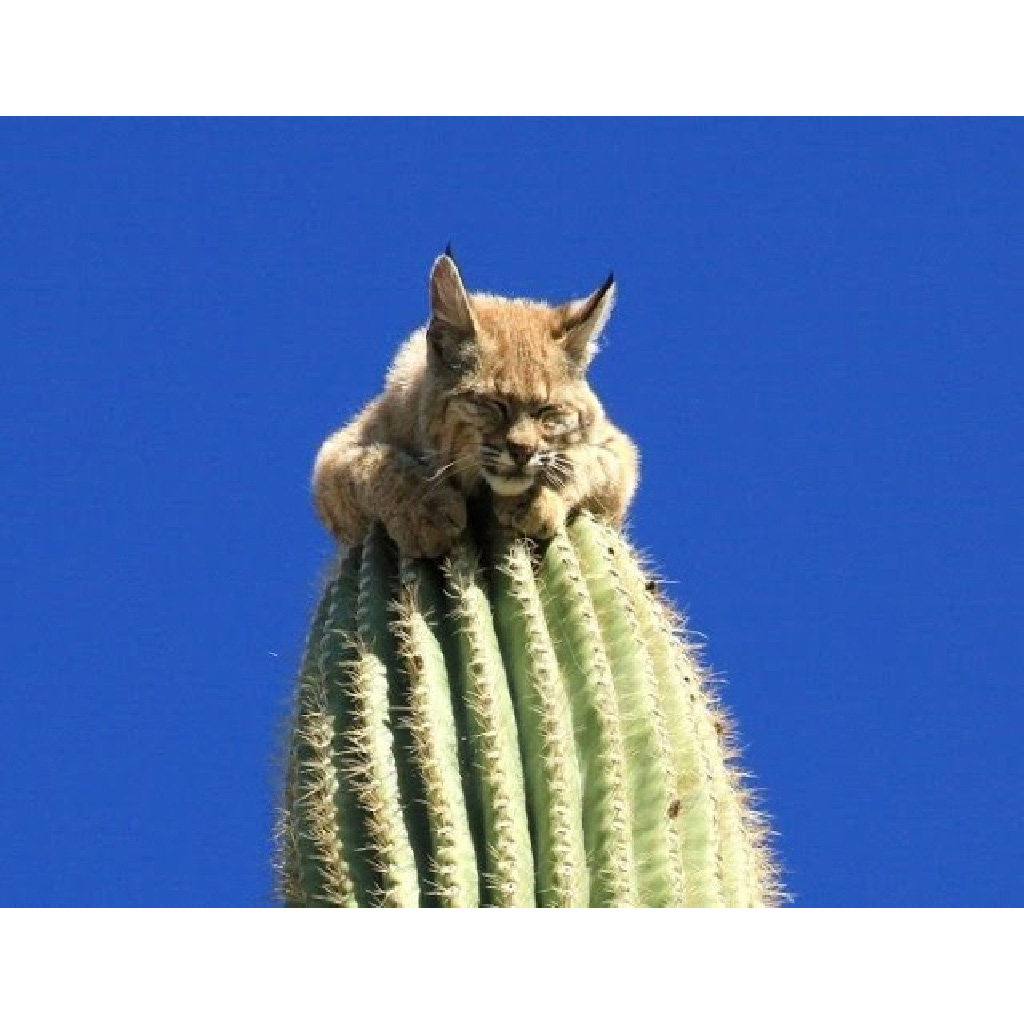 The wildlife drama happened in the Giant Saguaro Cactus in Arizona’s the Sonoran Desert. A place is known because of its secular plants, with cactuses older than 300 years. Needless to say about their spikes what can grow up to 2 inches. The giant cactus is extremely rare. Just one in 1,000 seeds germinate and it then takes up to ten years to grow one inch. Its first arm develops between the ages of 75 and 100 years old or about the time they reach 15ft. And despite all of these impediments, the bobcat somehow managed to reach the top of a 40-foot plant.