Most people would love to adopt a kitten if they had the space and time for a pet. However, the number of people that would be willing to adopt disabled cats is pretty small. Blind pets need a lot of attention, which is what drives potential adopters away. However, these poor souls deserve a warm home and nice life just as much as any other kitty. 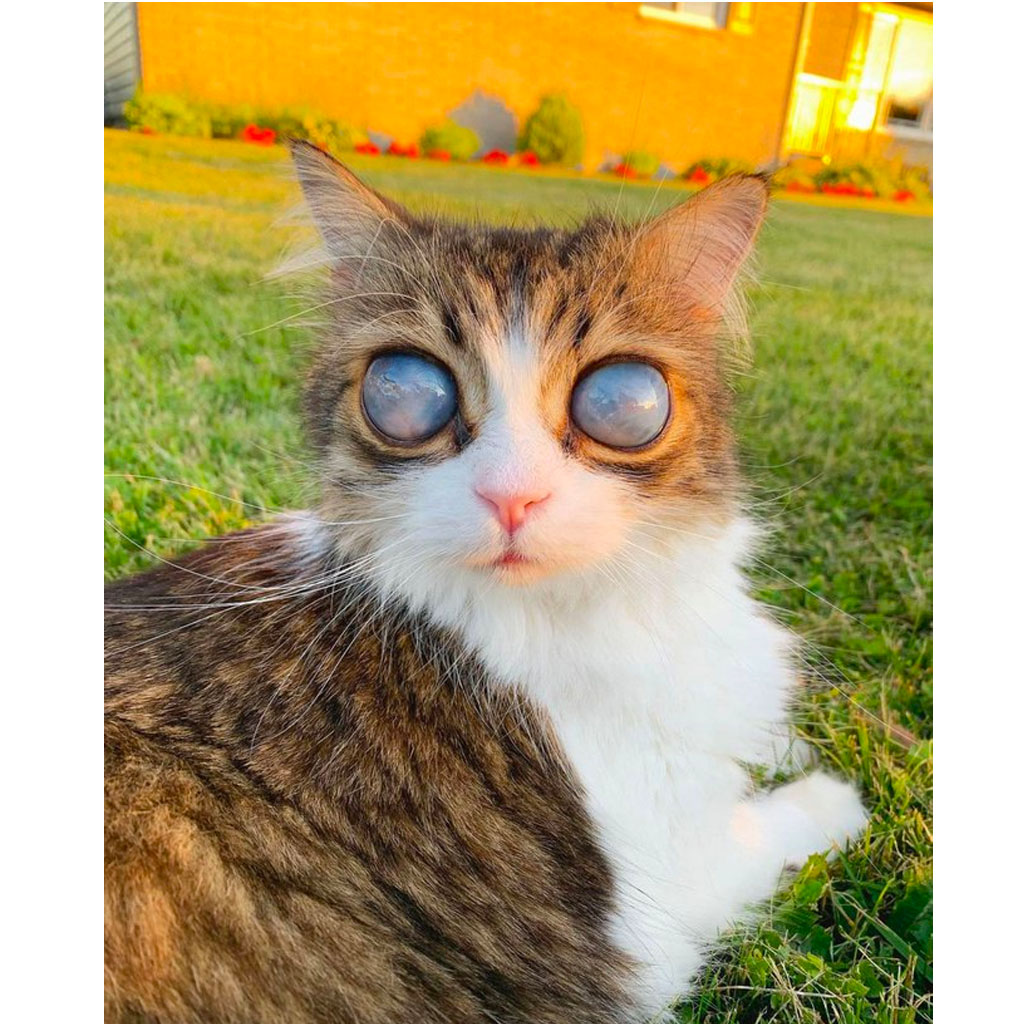 They are just as beautiful as well. Just take a look at Pico, the Internet’s favorite new blind kitten. His strikingly huge eyes have won the hearts of thousands of people online and led to a happy ending to his unfortunate story.

The fluffy Norwegian Forest cat belongs to owner Marie-Josee Brisson and her 17-year-old daughter Monica – who say it was love at first sight when they rescued the kitty from their local vet. 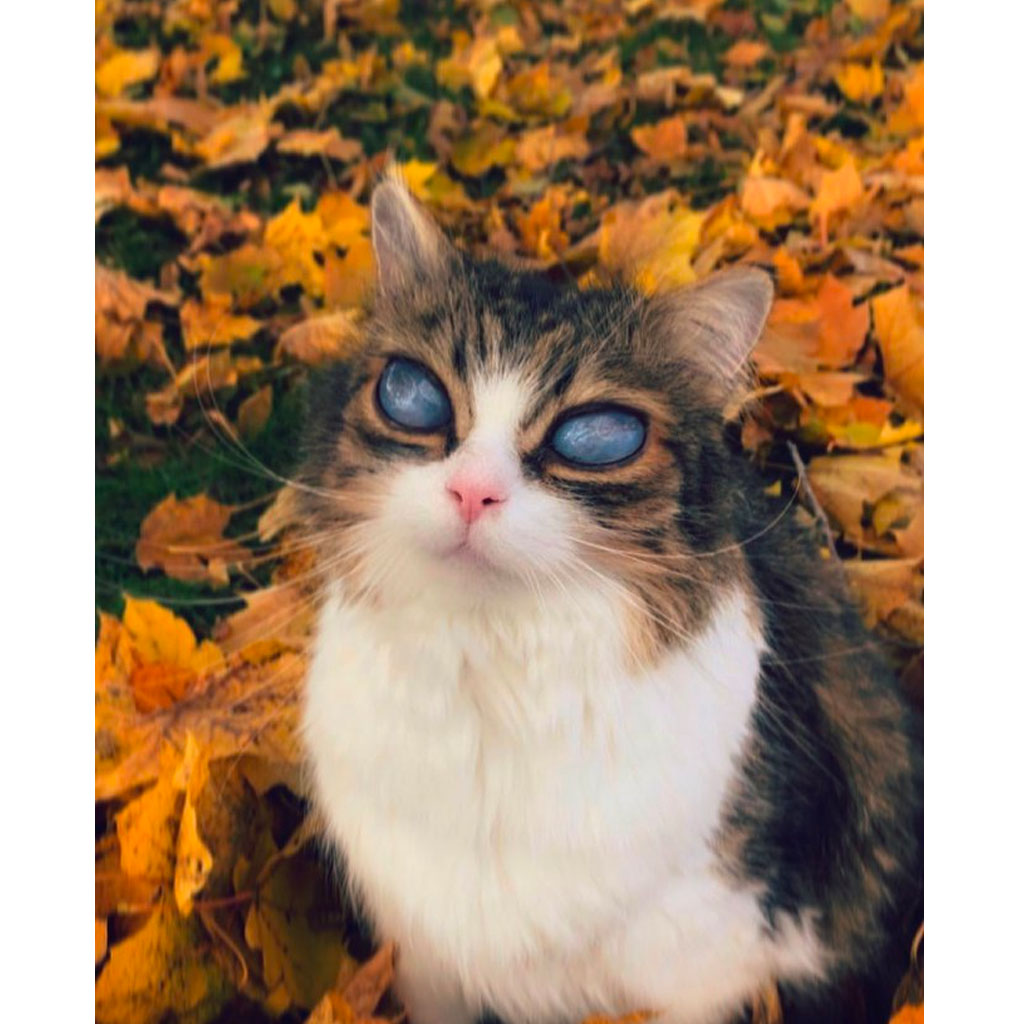 Pico, who previously had green eyes, developed an infection which resulted in his blindness. It’s immediately clear to see that Pico is different from other cats, after glaucoma in both eyes robbed him of his sight and left him with large and unusual-looking bulging eyes. 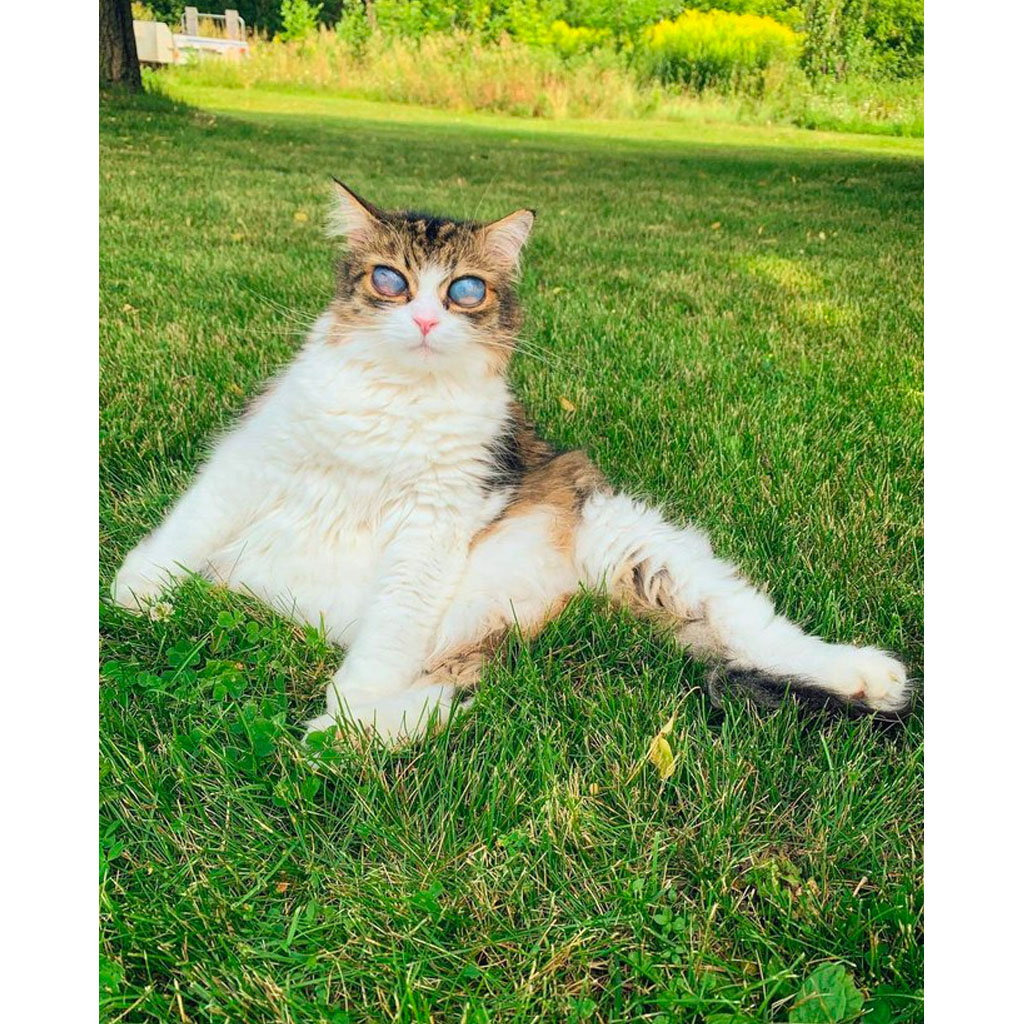 Marie-Josee said: ‘He used to have green eyes but one day, he had an infection that possibly caused glaucoma that caused his blindness. Most of the time, he’s OK going about his days, but he bumps into furniture sometimes. He knows his way around the house very well.’

The nine-year-old feline had been a stray cat, who was sadly hit by a car and put into a coma for three days before he made a miraculous recovery. Marie-Josiee and Monica went to visit Pico when he was being cared for at their local vets, and they immediately decided to give him the forever home he deserved. 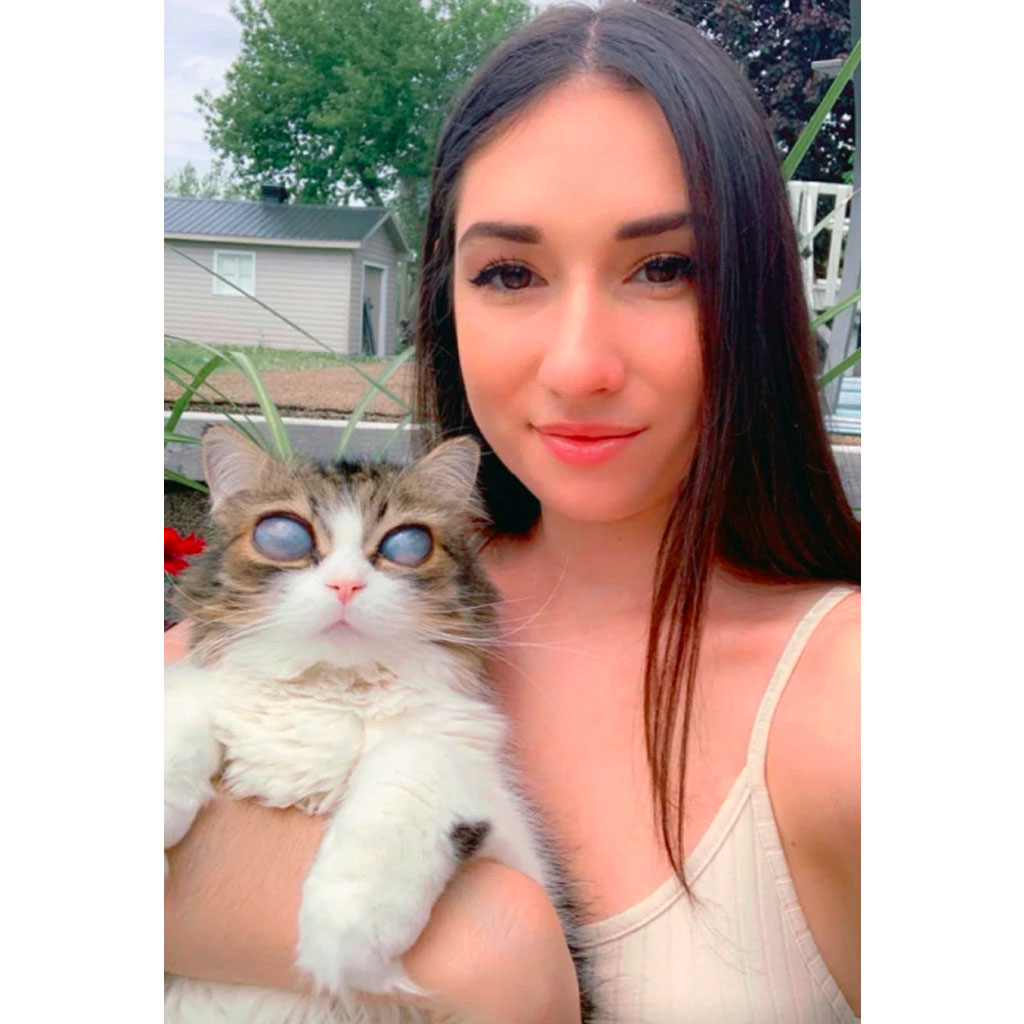 That, however, hasn’t stopped Pico from becoming a viral sensation online. Now a 9-year old, Pico has his own TikTok account where you can enjoy his bulging eyes every day. We’re happy that he was given a second chance, and even happier that his owners don’t see his disability as a disadvantage.