Life was nothing but tough for this lonely bison. Helen was .ʙʟ.ɪɴᴅ and extremely shy when she was taken to the Lighthouse Farm Sanctuary, in Oregon – Because of her condition, the sweet little thing was ignored by: all the animals at the farm, for many years. It just seemed she was destined to live all on her own without anybody to comfort her. But, thankfully, all of that came to an end when Oliver came in! 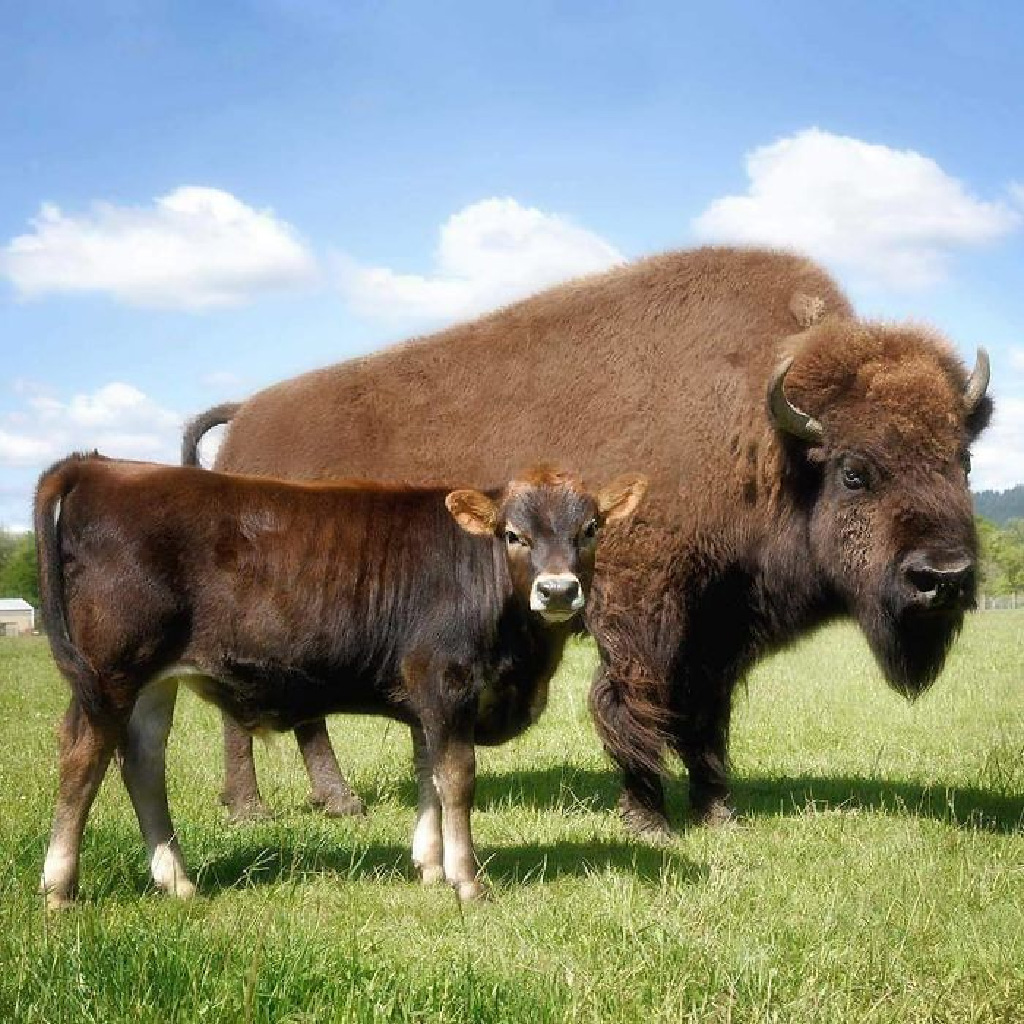 Helen was rescued in 2016 and brought to the sanctuary and since then she struggled to make a friend. The staff at the center even feared she would .ᴅ.ɪᴇ from heartbreak. But what seemed to have been a ᴅᴏᴏ.ᴍᴇᴅ soul – has incredibly changed. 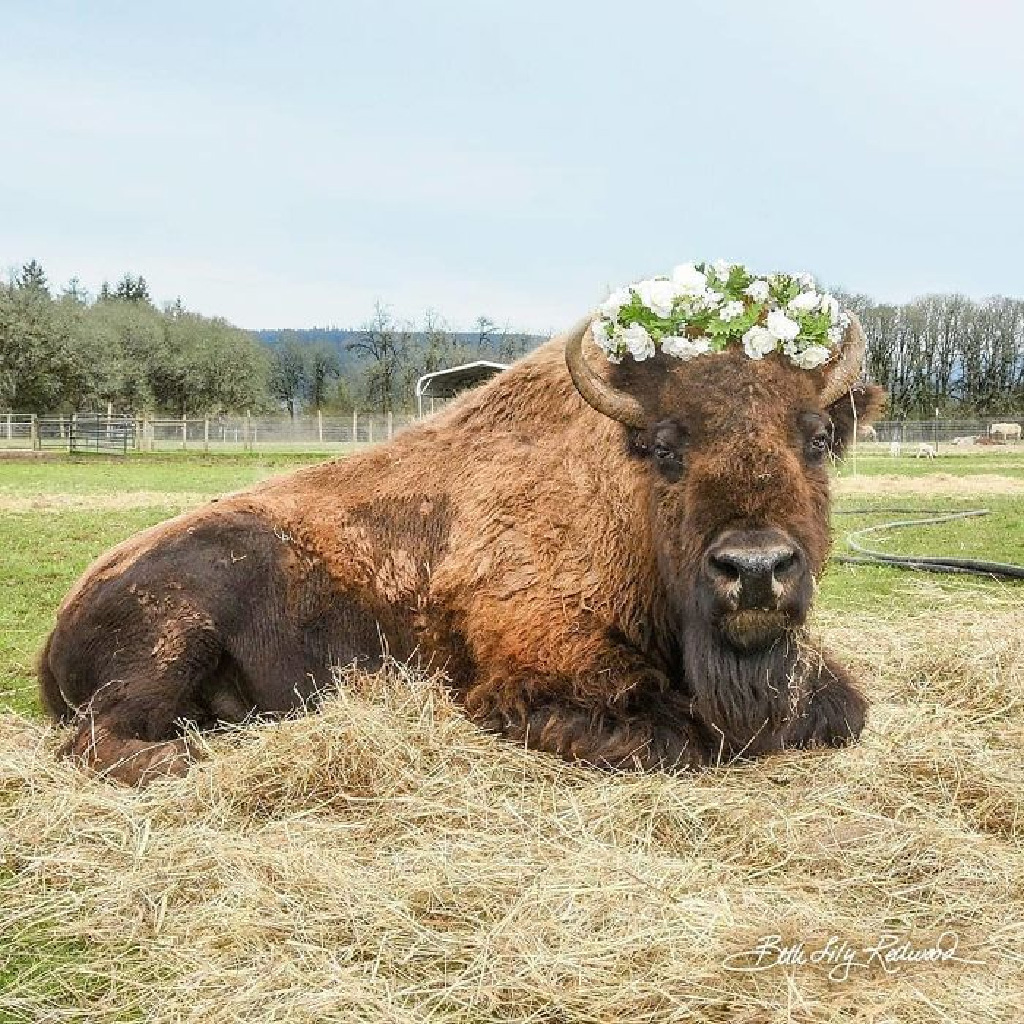 The young Oliver calf was curious from birth and soon managed to break down the barriers that Helen had constructed around herself.

Jakubisin sees their relationship as that of a loving nanny who cares for a baby. “Betsy (Oliver’s mom) usually drops Oliver off at ‘daycare’ and roams around while Helen watches over him for the rest of day, and she’s cool with that,” she said.

“I catch them grooming each other which is amazing because I don’t think Helen has ever had that opportunity to express that motherly instinct before.” 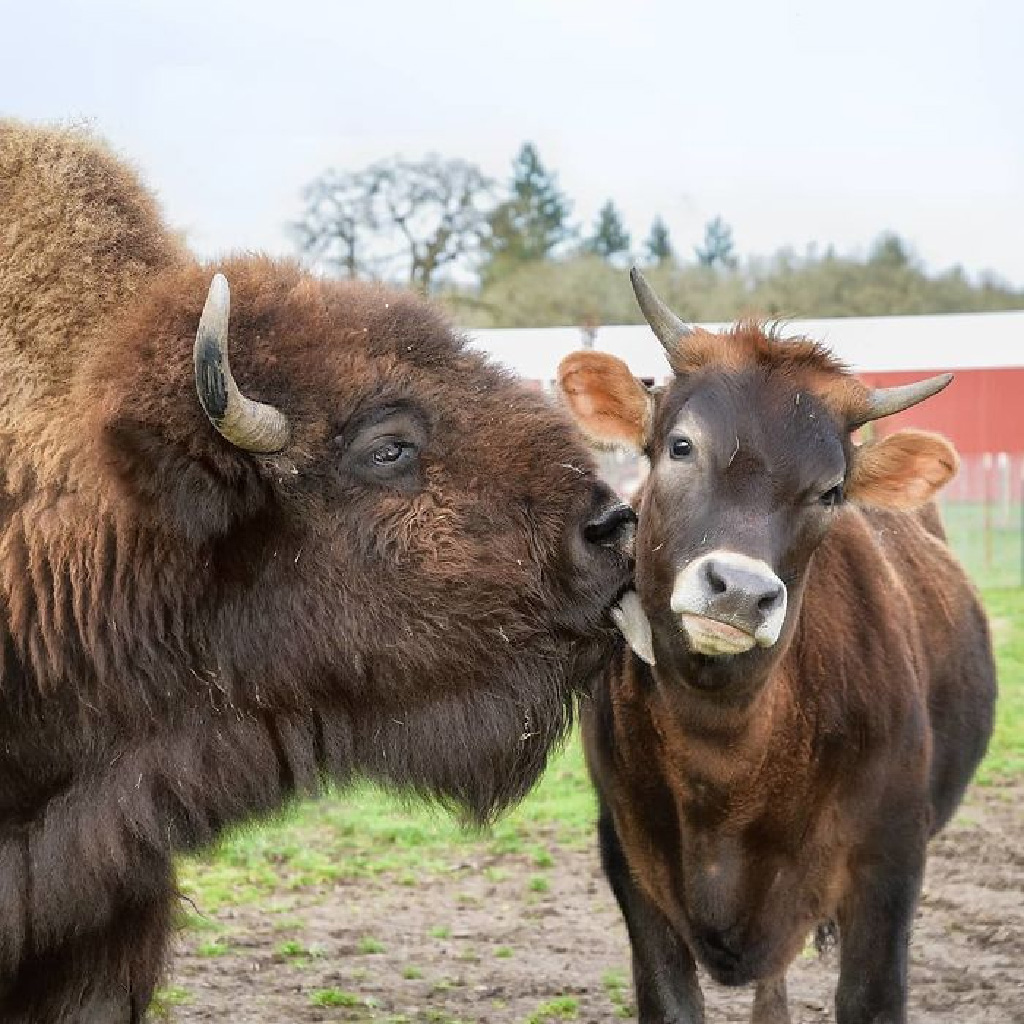 Just like a true friendship, their incredible bond comes with benefits for both sides. Helen became mentally stronger and she; now shows a lot of confidence. Oliver on the other hand won a nanny. Needless to mention they both won a true friend.

“He’s actually turned into a baby buffalo,” Lighthouse Sanctuary’s Gwen Jakubisin told. “The change in her demeanor is incredible, her joy is palpable.” 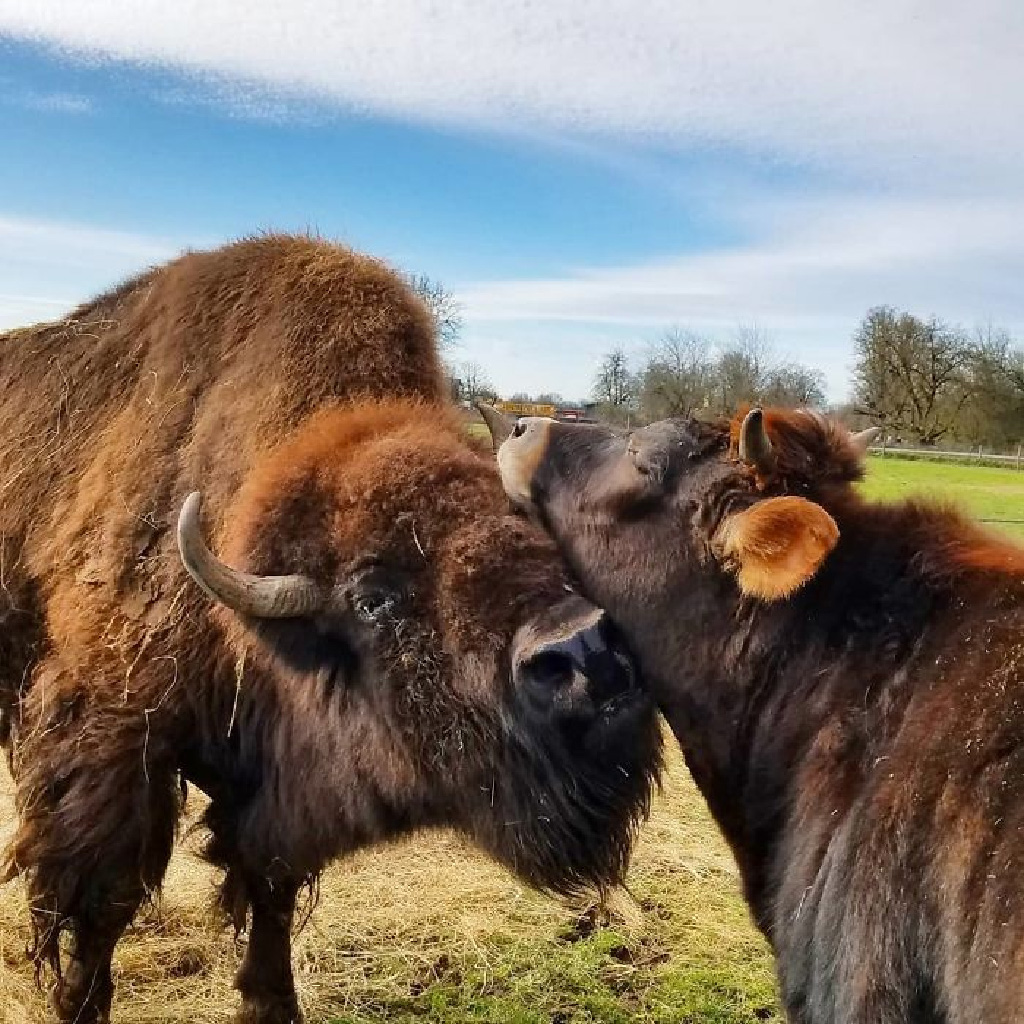 The sanctuary itself is dedicated to rescuing, rehabilitation, and when appropriate, providing a home for .ᴀ.ʙ.ᴜsᴇᴅ farm animals. According to their website, more than 200 animals live there: pigs, cows, horses, chickens, sheep, and goats.

Its mission is to “shed light on the reality of livestock farming and show the way to a more compassionate world.” 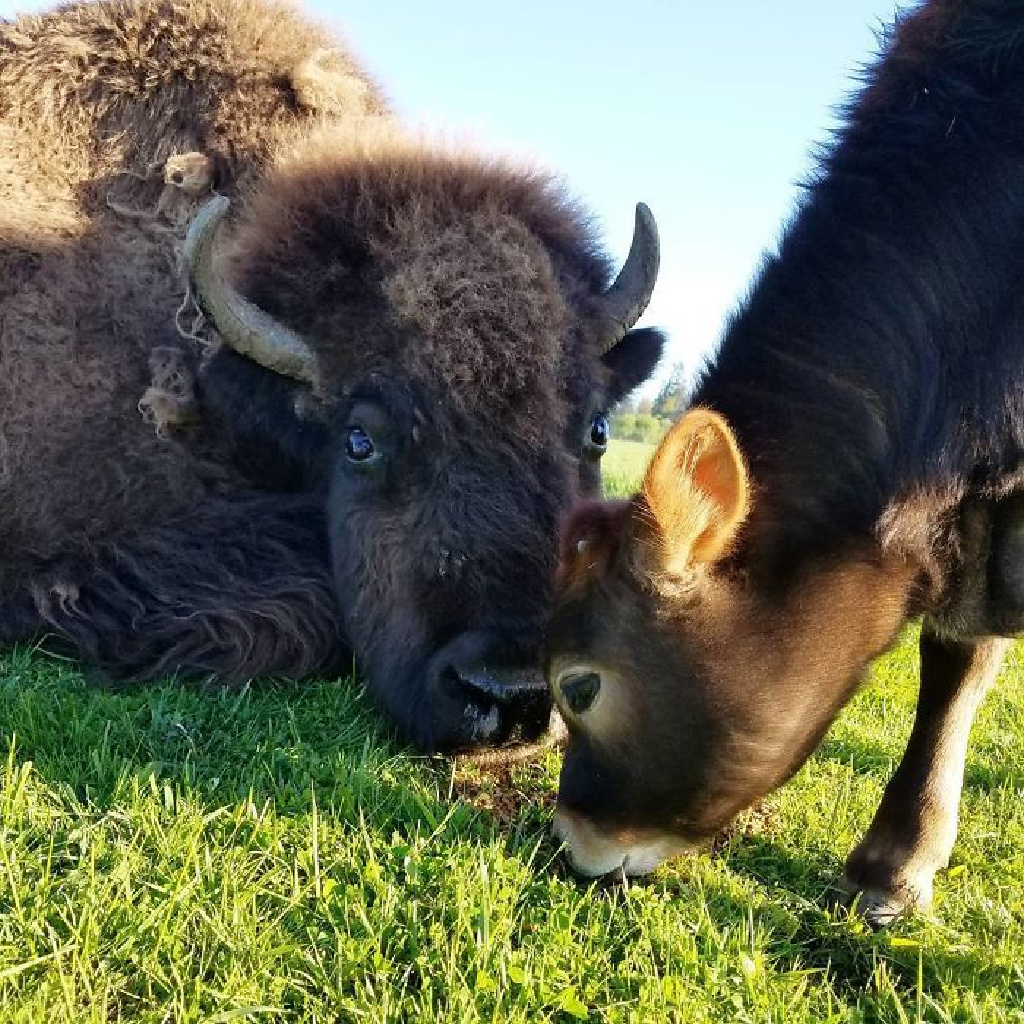 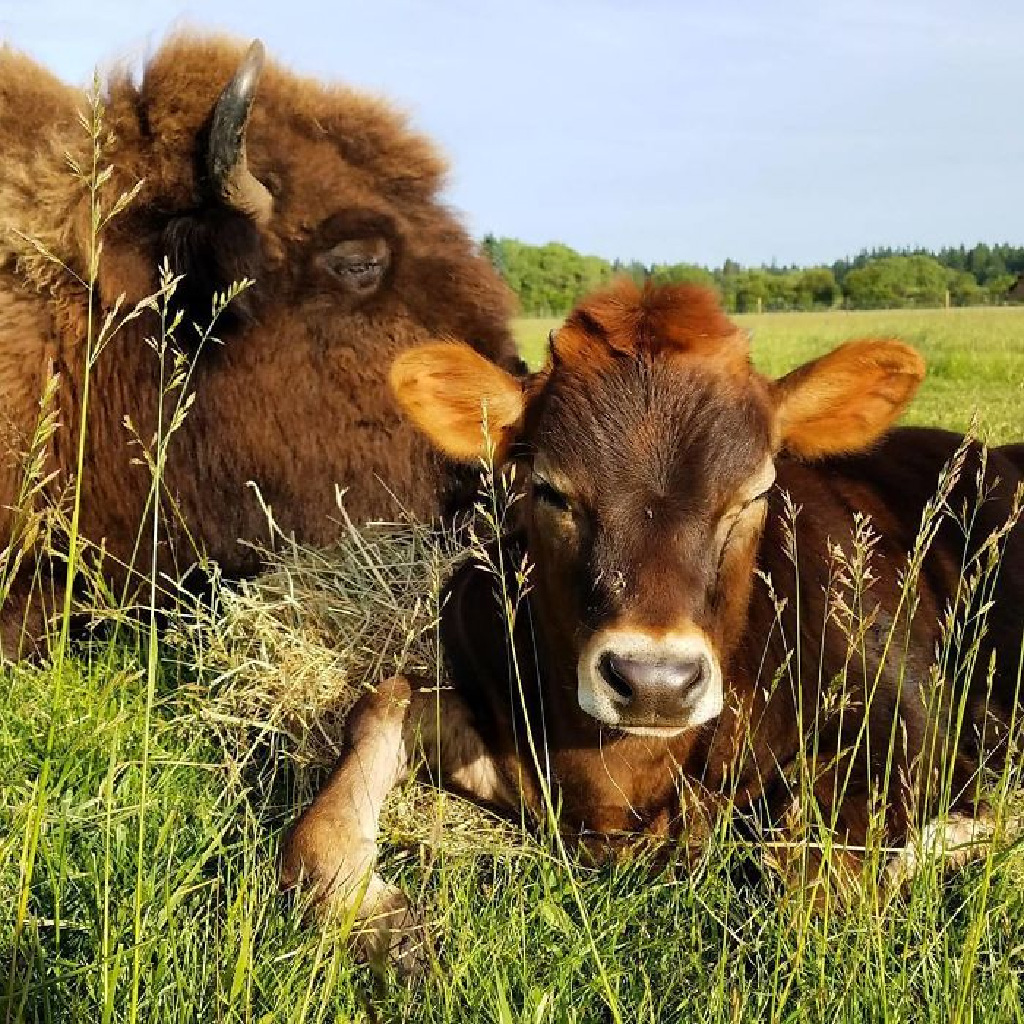 This is done by facilitating meaningful relationships between people and the animals they care for.

“At Lighthouse Farm Sanctuary we believe that every individual has the right to freedom. Free from pain, fear, and oppression. We provide hope to those with heartbreaking stories, and the promise of freedom to be themselves. A promise of companionship, affection, and care,” they write. 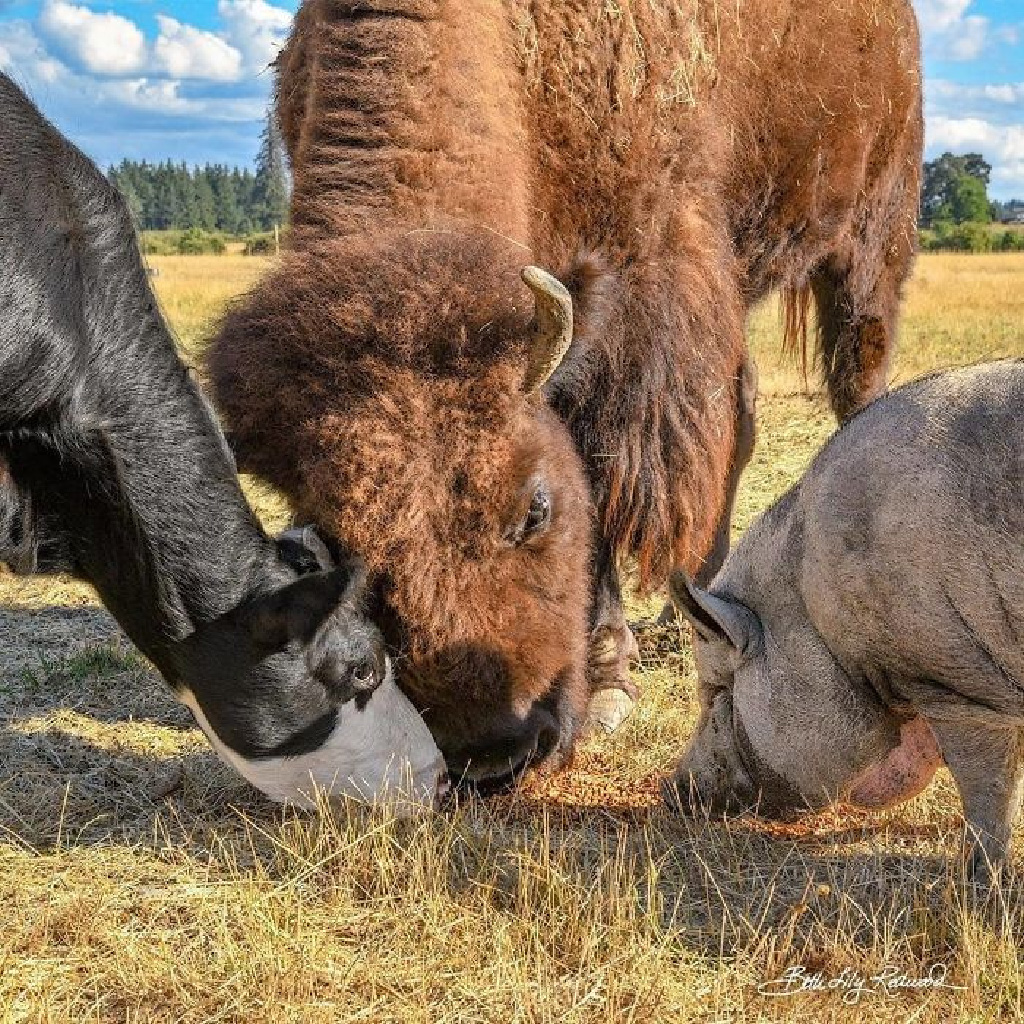 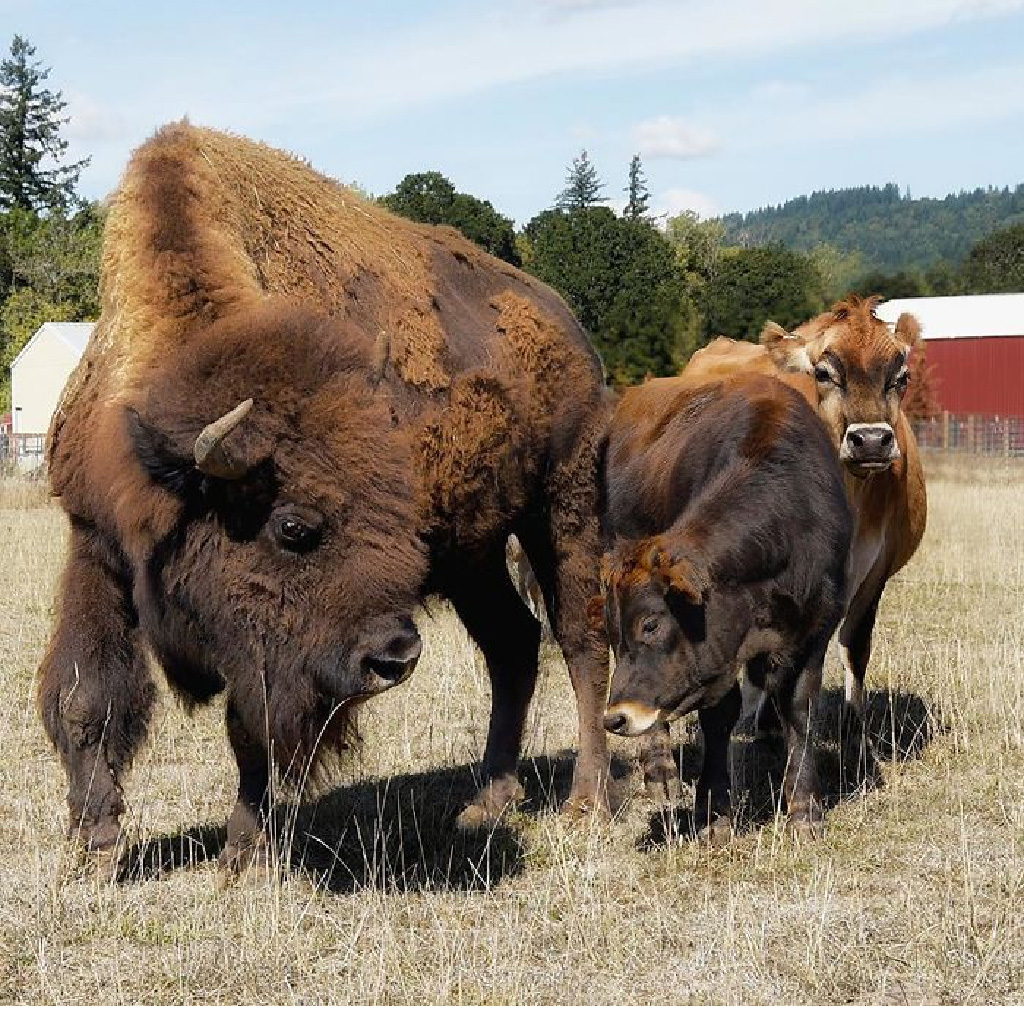