Recently, an elephant, unfortunately, was caught in a (ᴘᴏᴀᴄʜɪɴɢ) snare, of which she was rescued and moved to South Africa’s first-ever elephant orphanage. Now there is hope that her story will help educate people and raise awareness. 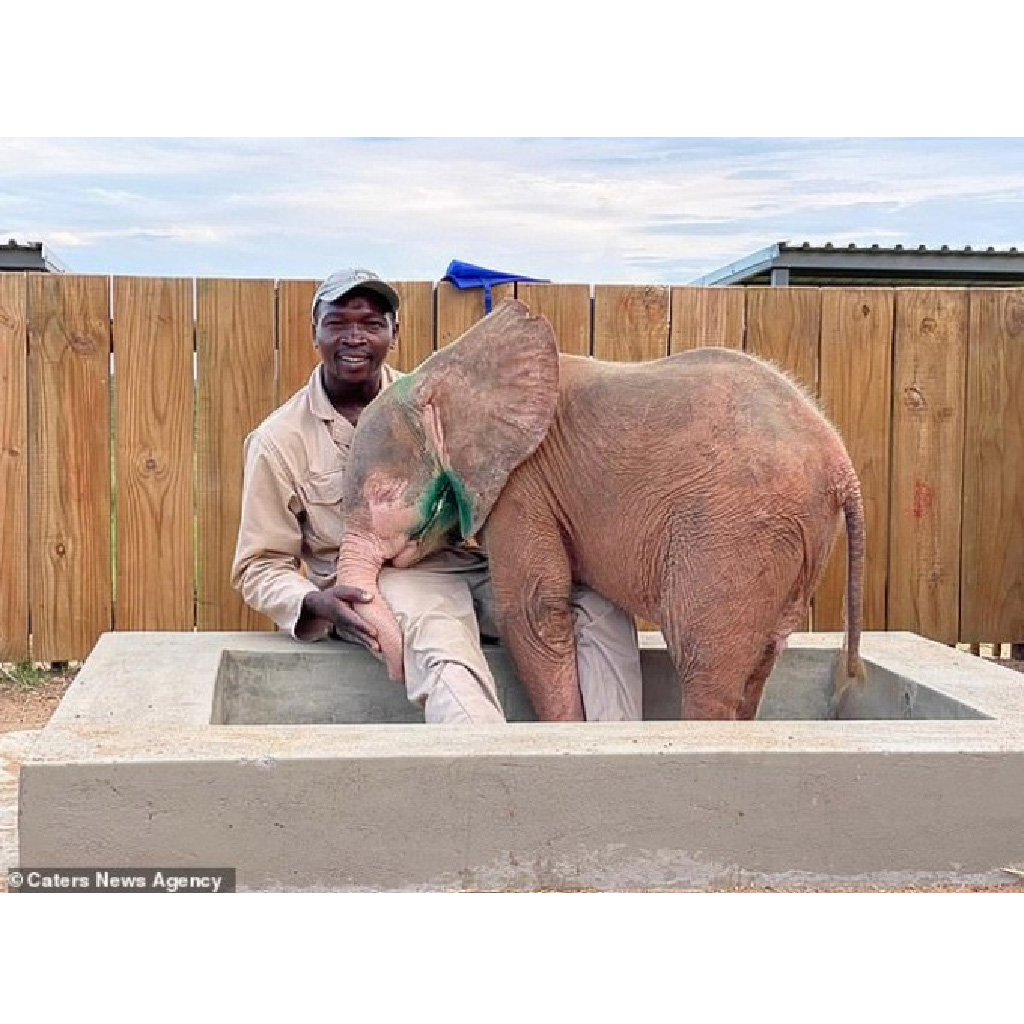 An albino elephant calf has been rescued after being (ᴛʀᴀᴘᴘᴇᴅ) in a barbaric snare for four days, having been left with (ʜᴏʀʀɪғɪᴄ) injuries – including a Joker-like scar across her face.
The albino elephant calf, called Khanyisa, has unique pink skin rather than the usual grey and was found alone and tangled in the (sɴᴀʀᴇ) at a private reserve close to the border of Kruger National Park, South Africa. 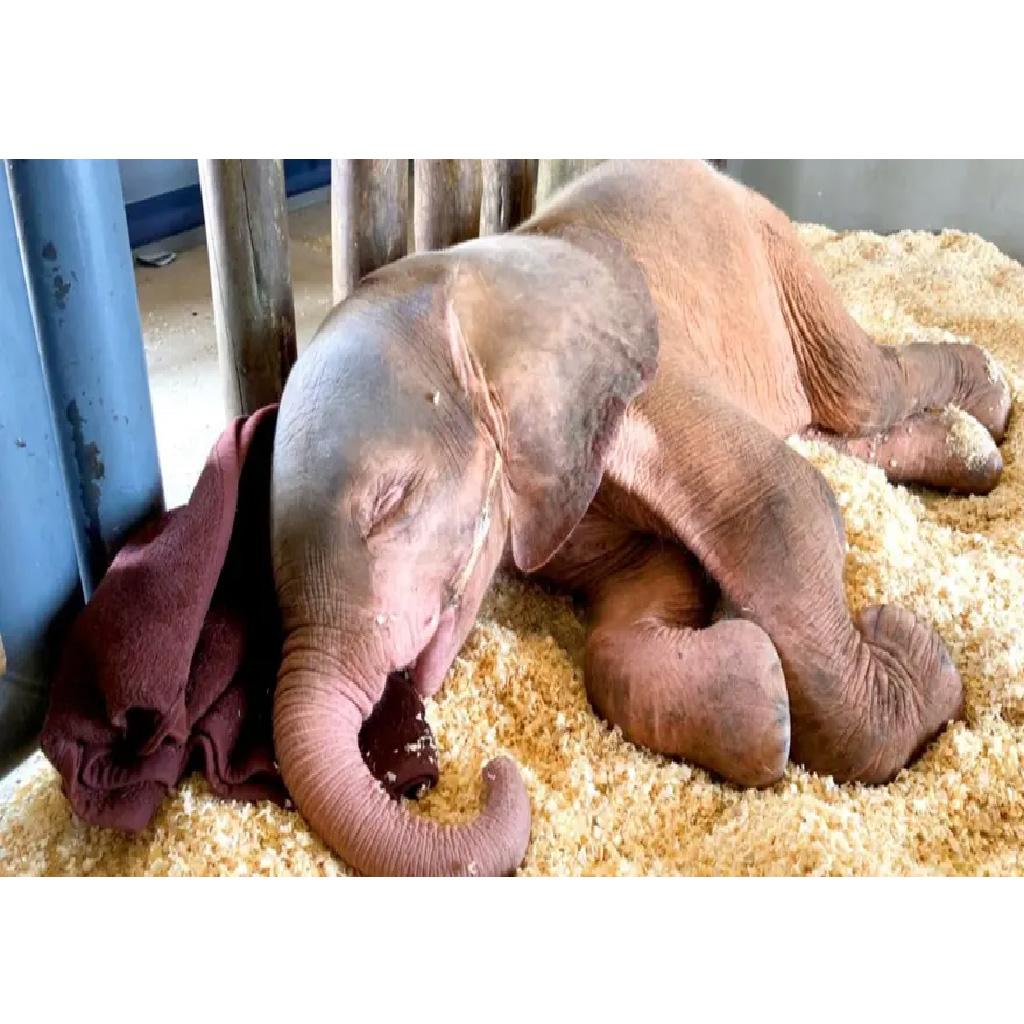 Thankfully, Khanyisa was rescued from her ordeal by an elephant orphanage called Hoedspruit Elephant Rehabilitation and Development (HERD) and is now on the mend in her new home.
Sue Howells, from the organization, said: “She looked so innocent, fragile and pure, and yet so brave – a unique beauty who had been sadly mutilated by the hands of man.

“We knew we had to help her and protect her and give her a place of safety that she never has to endure such trauma again. Khanyisa is an exceptionally strong and brave little elephant. “ 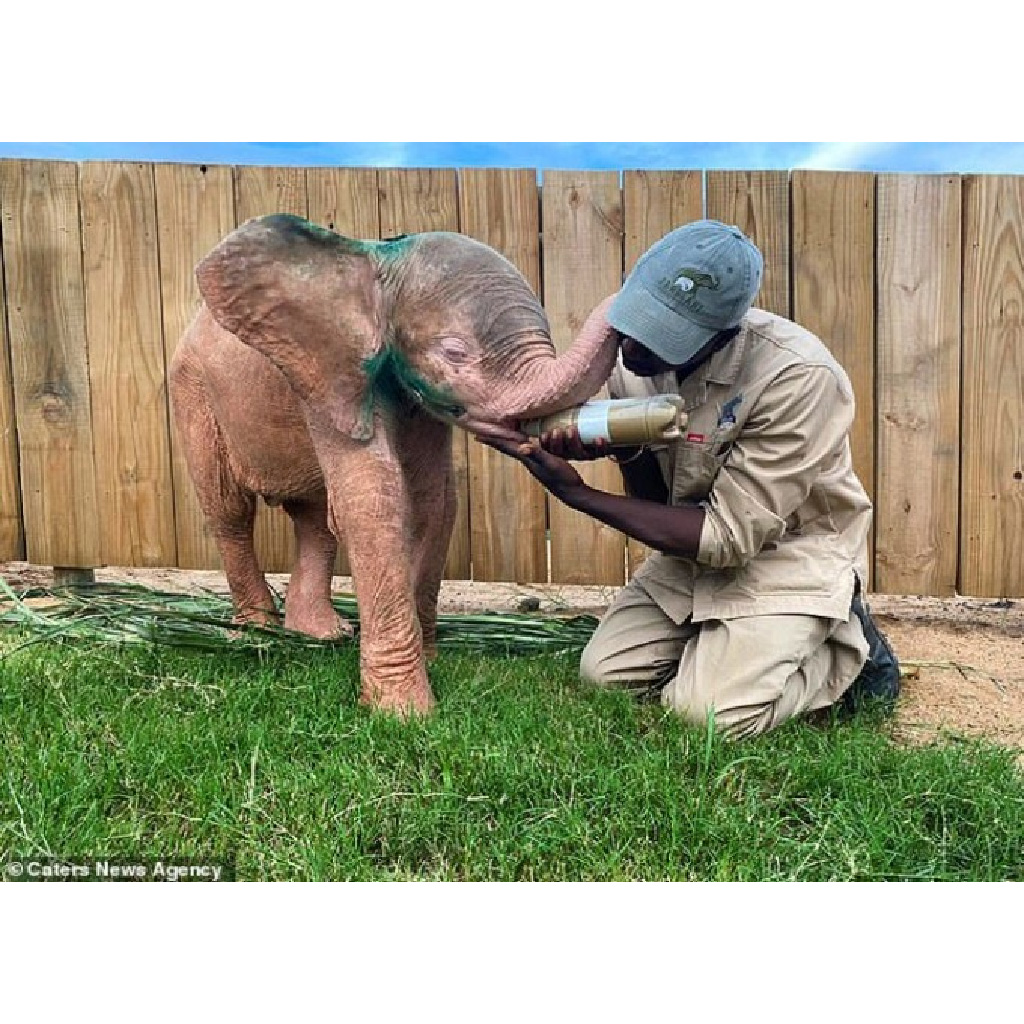 ” She is incredibly resilient and has what seems to be an uncrushable spirit. Her sweet, fragile and thoughtful personality shines through her toughness, despite everything that she has endured at such a young age.”

After the vulnerable animal was rescued, Adine Roode, the founder of HERD, decided to call her ‘Khanyisa’, which means ‘light’ in Shona – a Bantu language of the Shona people in Zimbabwe. 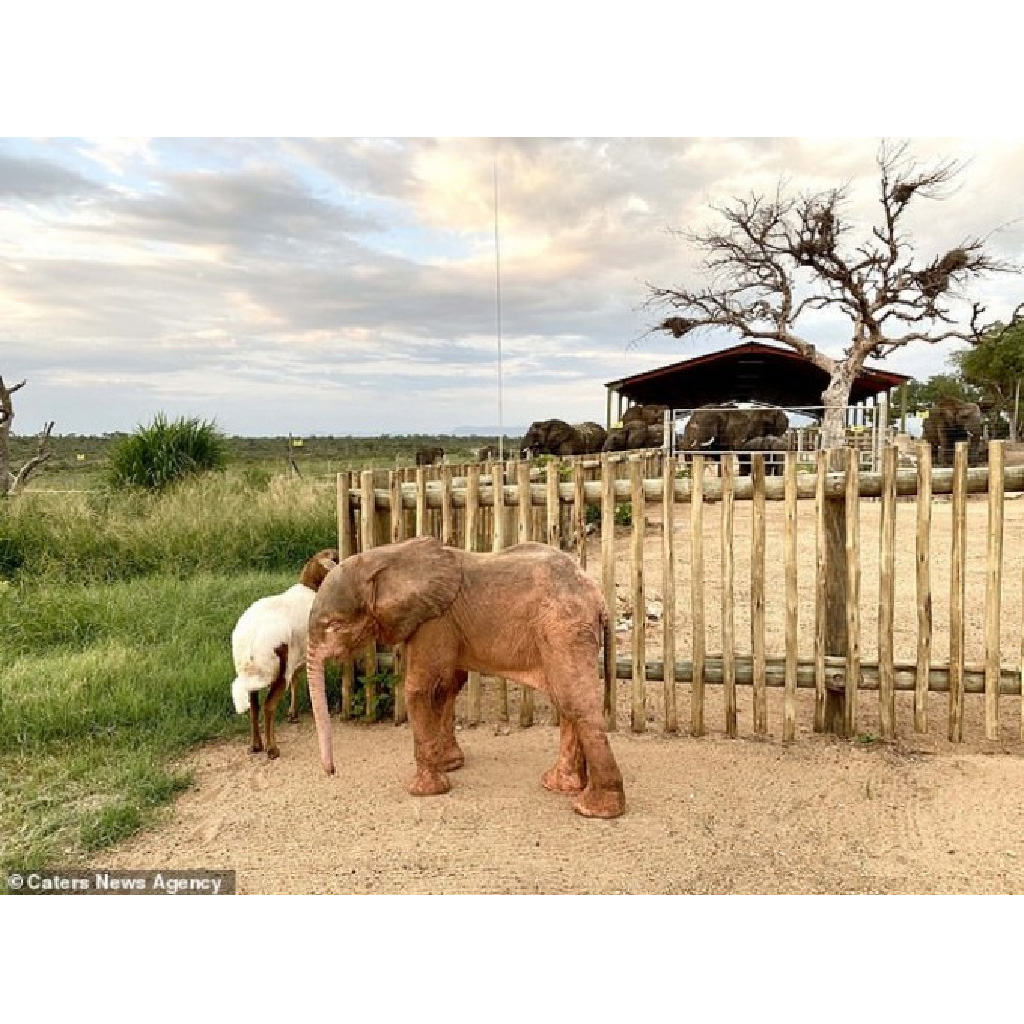 HERD is the first-ever elephant orphanage in South Africa. Poaching is still a serious problem so it is essential in helping calves who have been subject to (ᴘᴏᴀᴄʜɪɴɢ) and are left to fend for themselves, as it’s common that their mothers would have been (ᴘᴏᴀᴄʜred). 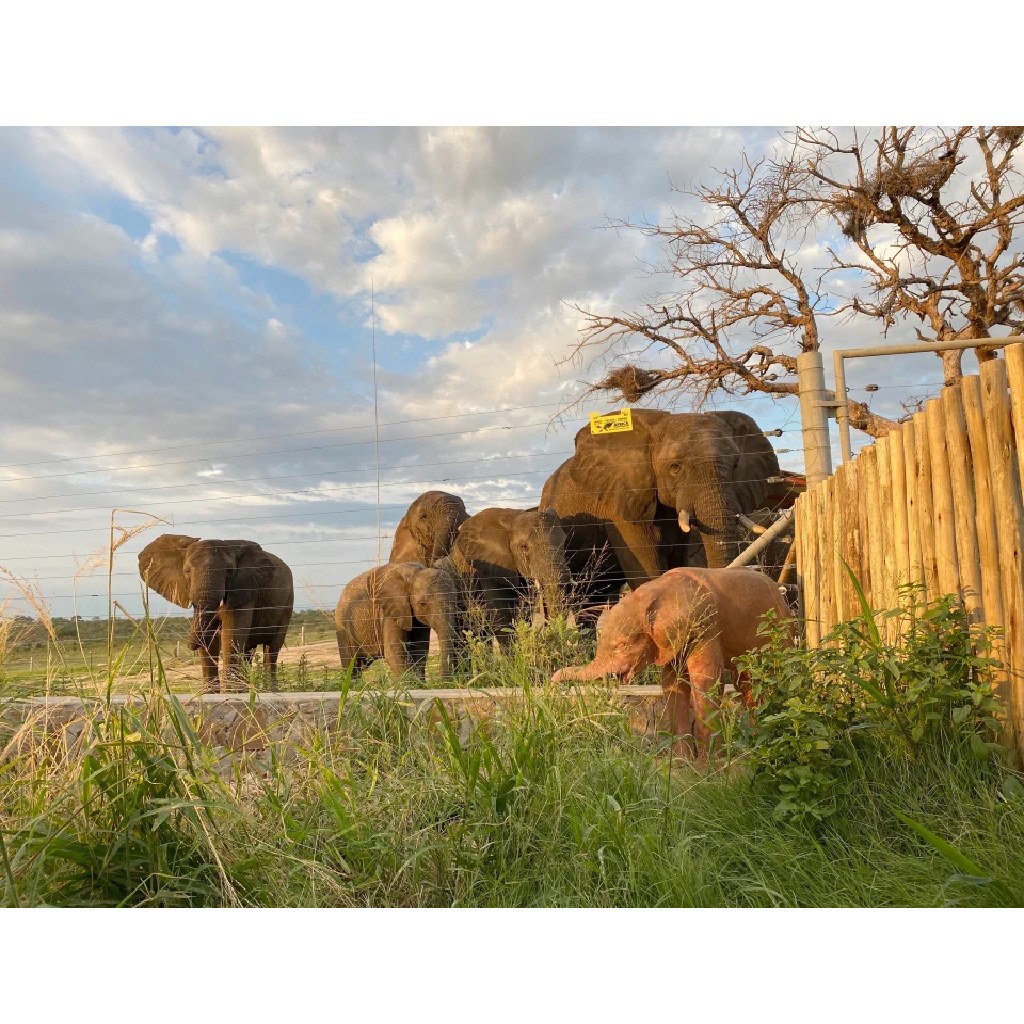 The Jabulani herd at the Kapama Private Game Reserve is an adoptive herd mostly made up of orphaned elephants who reside near the orphanage.