Cats and dogs have been some of mankind’s best friends from the animal kingdom since ancient times, but under special circumstances, close and loving, yet unlikely friendships can form between us and other wild animals. Such is the case with Vadim Veligurov, a 12-year-old boy in Russia who befriended a wild sparrow bird. 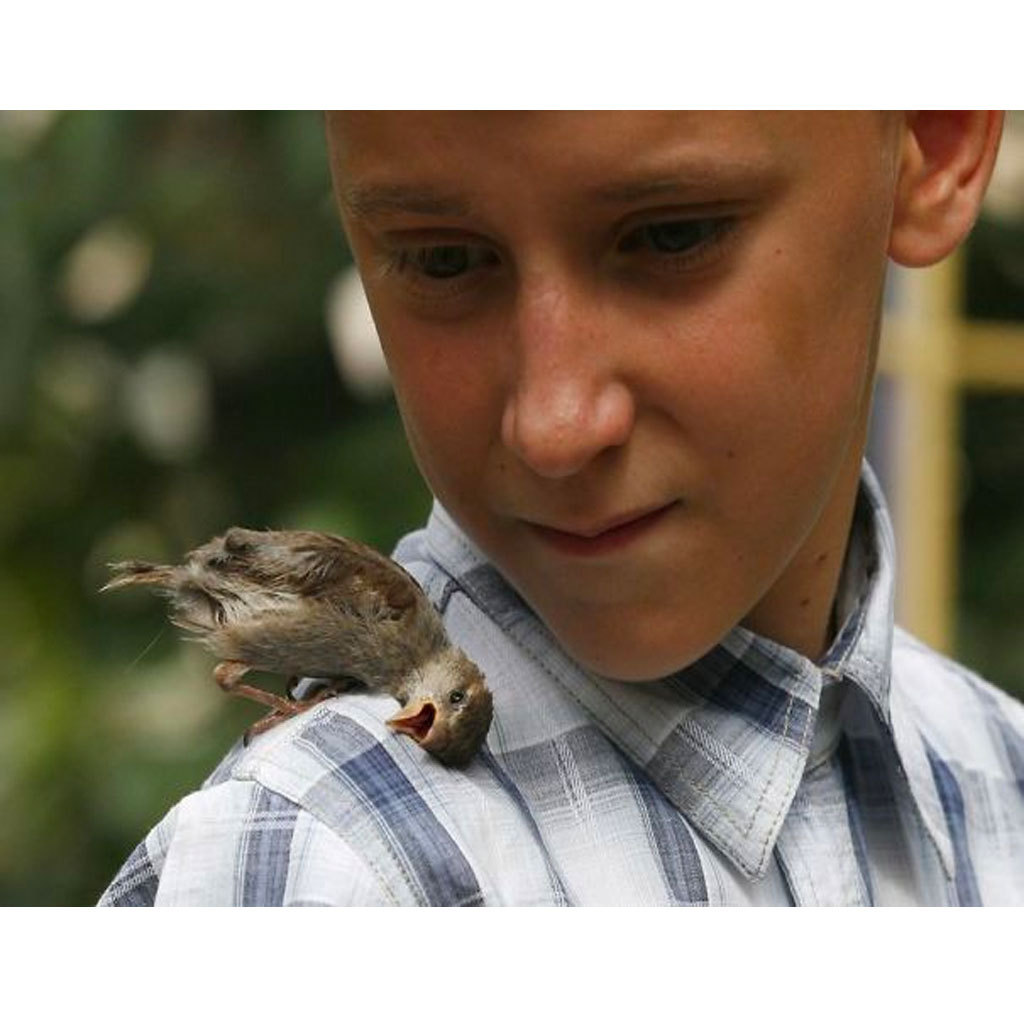 Vadim and the tiny bird, named Adi, have been inseparable ever since he found the abandoned baby bird and nursed it back to health. He found the little bird while spending the summer at his grandmother’s house in Minusinsk, a distant Russian town in the Krasnoyarsk region. After nursing it back to health, it chose to stay with him, perching on his shoulder and even sharing food with him. 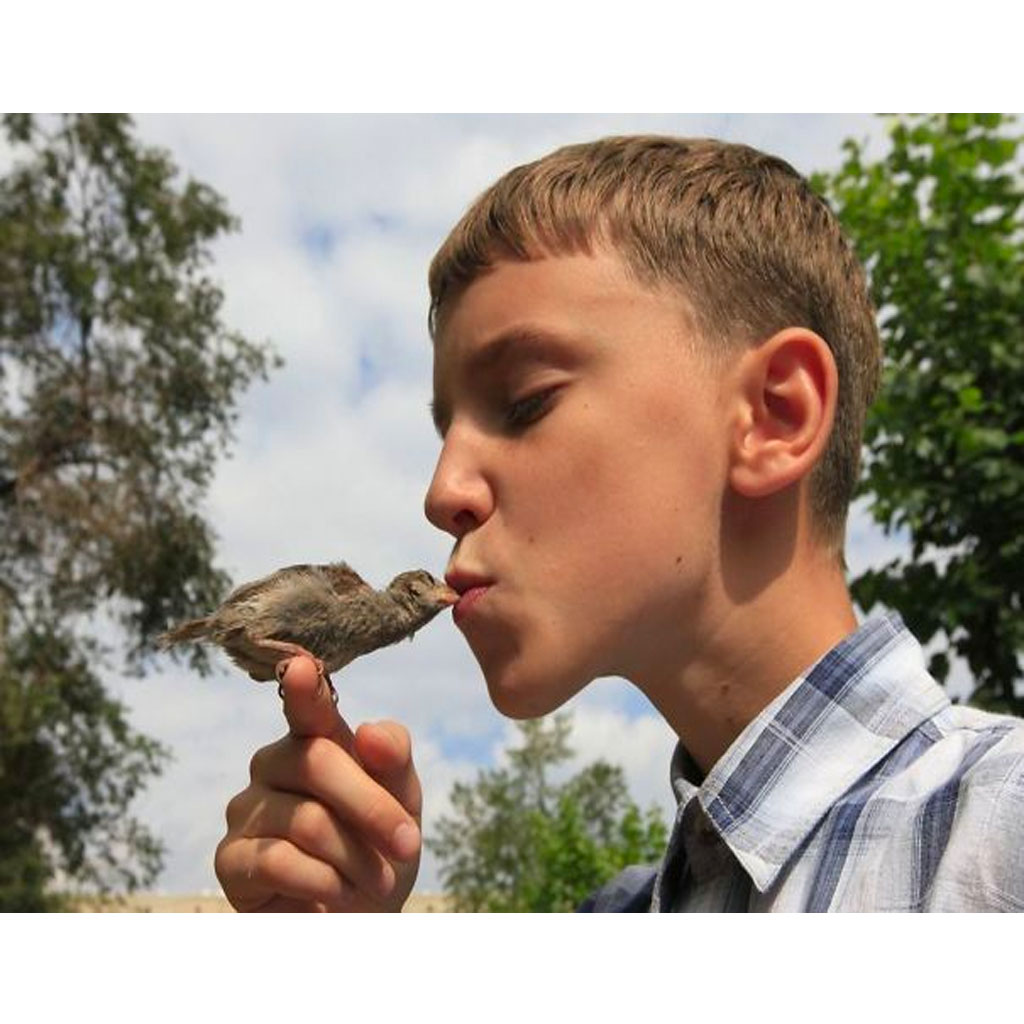 This isn’t the first time we’ve seen kids and their animal friends – real-life ‘Mowgli” Tippi Degre befriended a host of wild animals in Africa. However, unlike Tippi’s friends, Vadim’s friend is a bit more manageable. 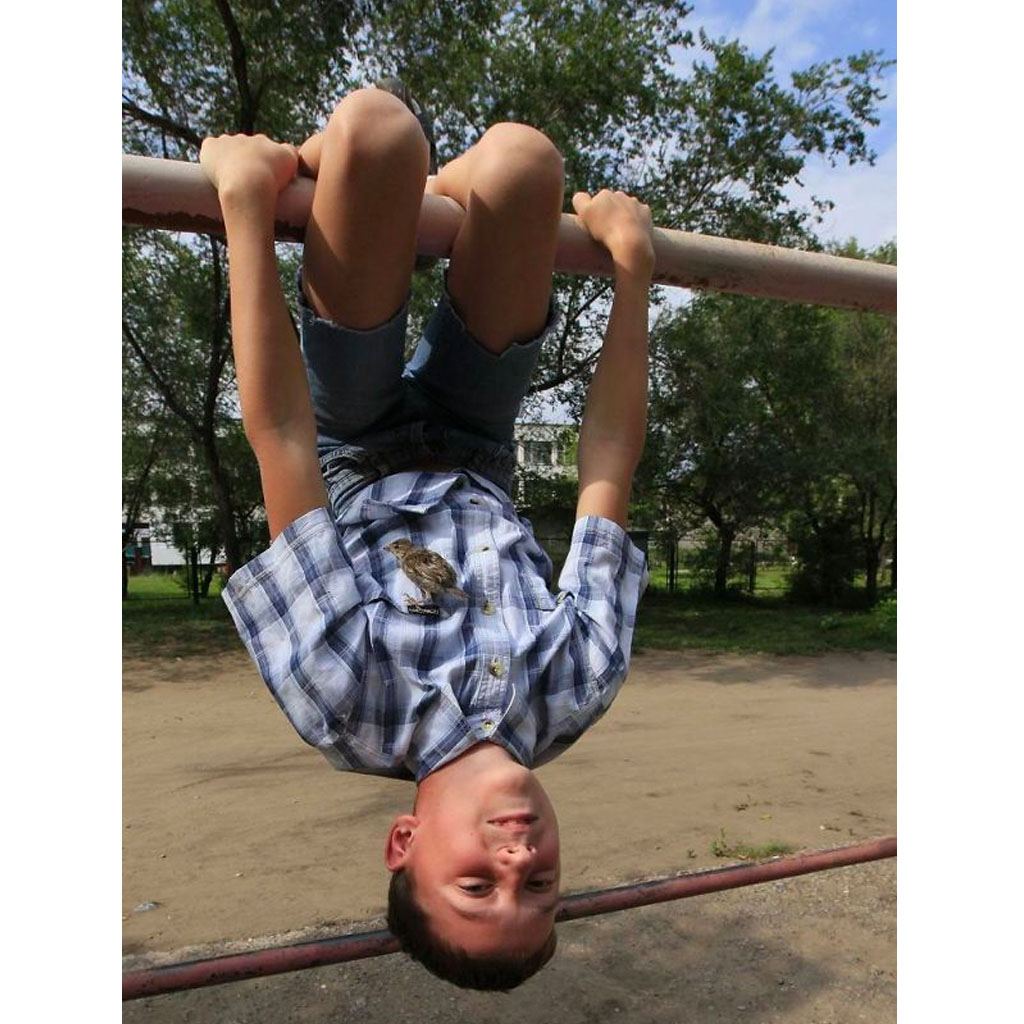 Vadim Veligurov, 12, from the town of of Dudinka, the administrative capital of the Taymyr Peninsula in northern Russia, found abandoned Abi just after she hatched. He brought the lost female baby bird to his grandmother’s house in Minusinsk, some 264 miles south of Russia’s Siberian city of Krasnoyarsk, where he was spending the summer vacation. 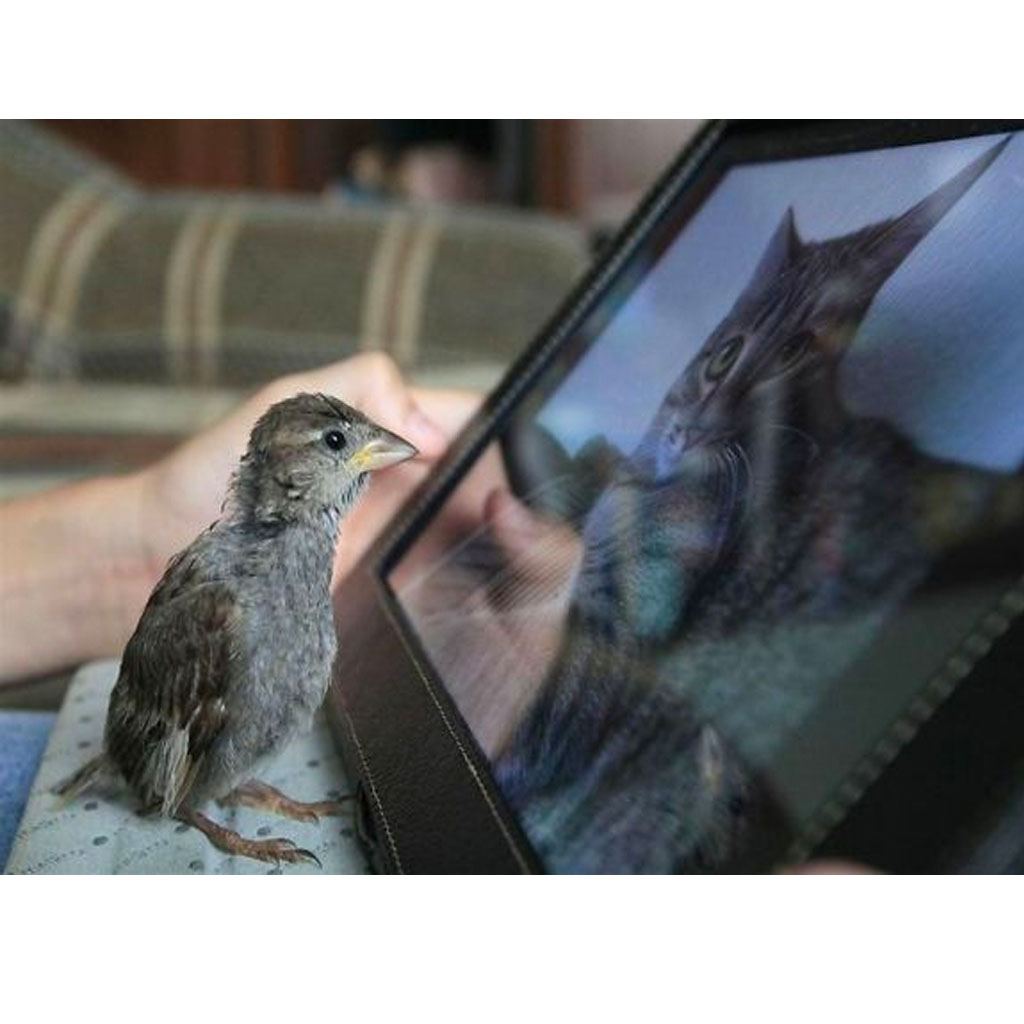 A Siberian boy has formed a touching friendship with a wild sparrow after nursing it back to health. He fed and nurtured the little bird but when the sad day came to set it free, Abi decided to stay with the boy instead of fly away. The pair are now inseperable. 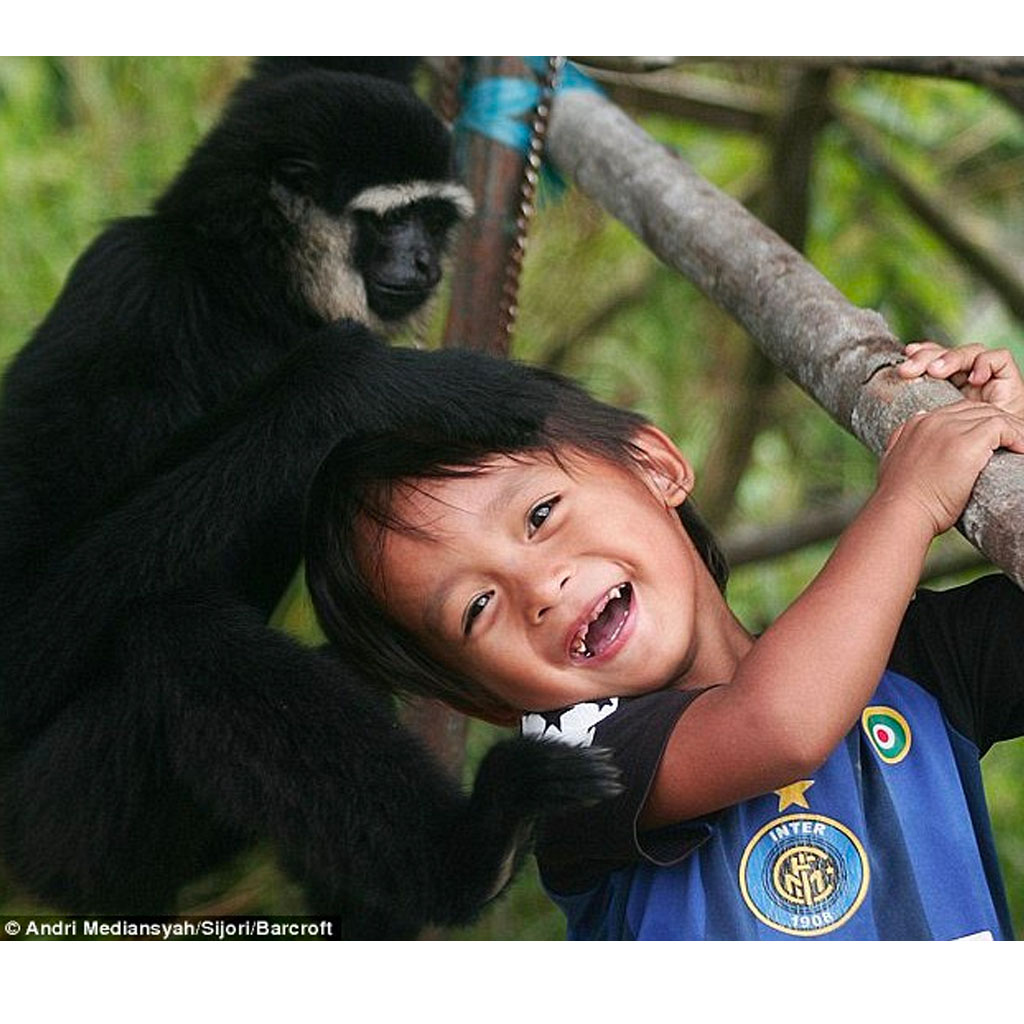 Abi now spends most of her time with Vadim, who treats the bird as his friend and plans to take it with him when he returns to his native town.
The charming situation echoes that of a four-year-old boy who has no human friends of his own who formed an incredible bond with a gibbon

Putra the tailless-ape is the best mate of little Deo Saputra, who lives on Indonesia’s Bintan Island.
Local photographer Andri Mediansyah, 34, found the ape-human best friends by accident as he drove past their house.
‘Deo and Putra have lived together since they were babies,’ said Andri. It is astonishing to see a four-year-old boy so close to an animal that is cute – but also very strong with powerful jaws.’